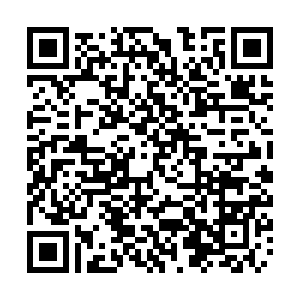 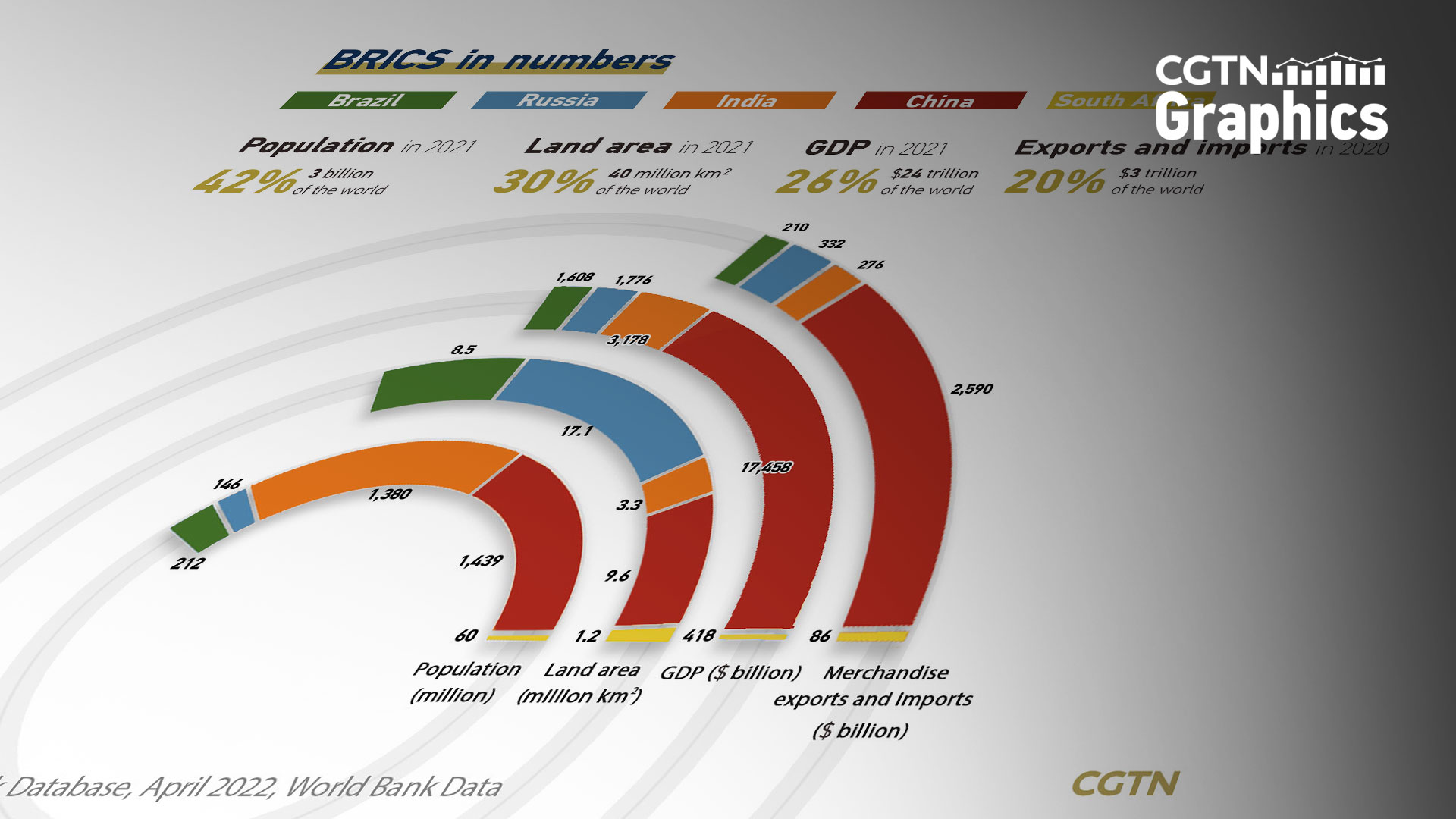 The recovery of the COVID-hit global economy has been weighed down by more uncertainties this year, such as the ongoing conflict between Russia and Ukraine, global supply chain shocks and rampant inflation in major economies.

Against such a backdrop, the BRICS Summit, which will be held virtually on June 23, has drawn wide attention as the world waits to see what solutions the BRICS will come up with in response to the current challenges. 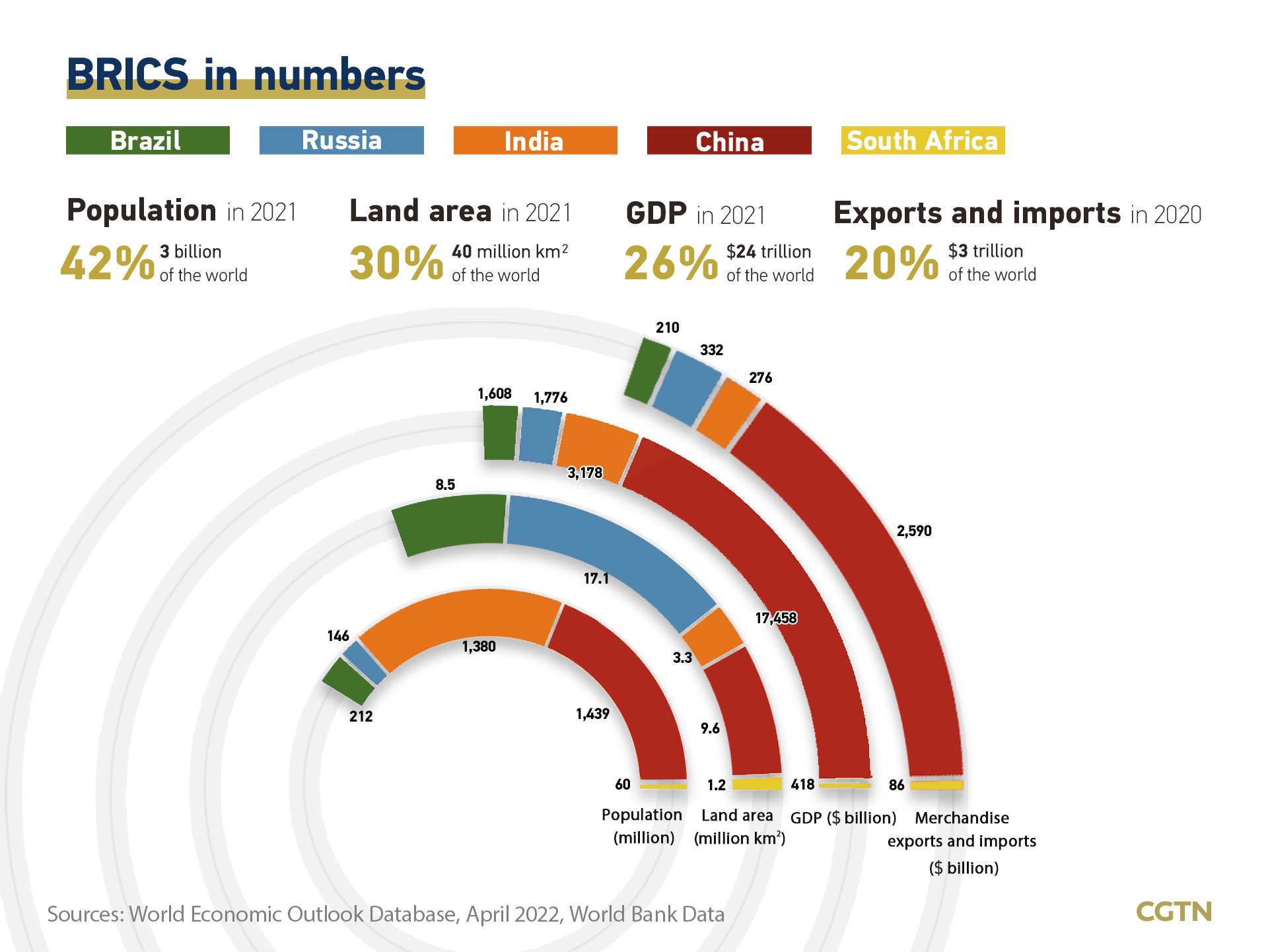 The BRICS countries focus on development and are committed to promoting economic and trade cooperation, which will provide the impetus for the recovery of the global economy, Evandro Carvalho, a professor of international law at the Vargas Foundation in Brazil, told Xinhua in a written interview.

Against the background of national unilateralism and the threat of a hegemonic stance, the more active participation of BRICS countries in international affairs will help strengthen multilateralism and ensure global security, he said.

Despite the COVID-19 pandemic, China's economic and trade cooperation with BRICS partners expanded in 2021, with its total trade value increasing by 39.2 percent year on year to $490.42 billion, according to the China Council for the Promotion of International Trade.

China has remained Brazil's largest trading partner for 13 consecutive years. The two countries' trade volume hit a record high of $164.06 billion in 2021. The bilateral trade between China and Russia grew by 35.8 percent to $146.89 billion the same year. 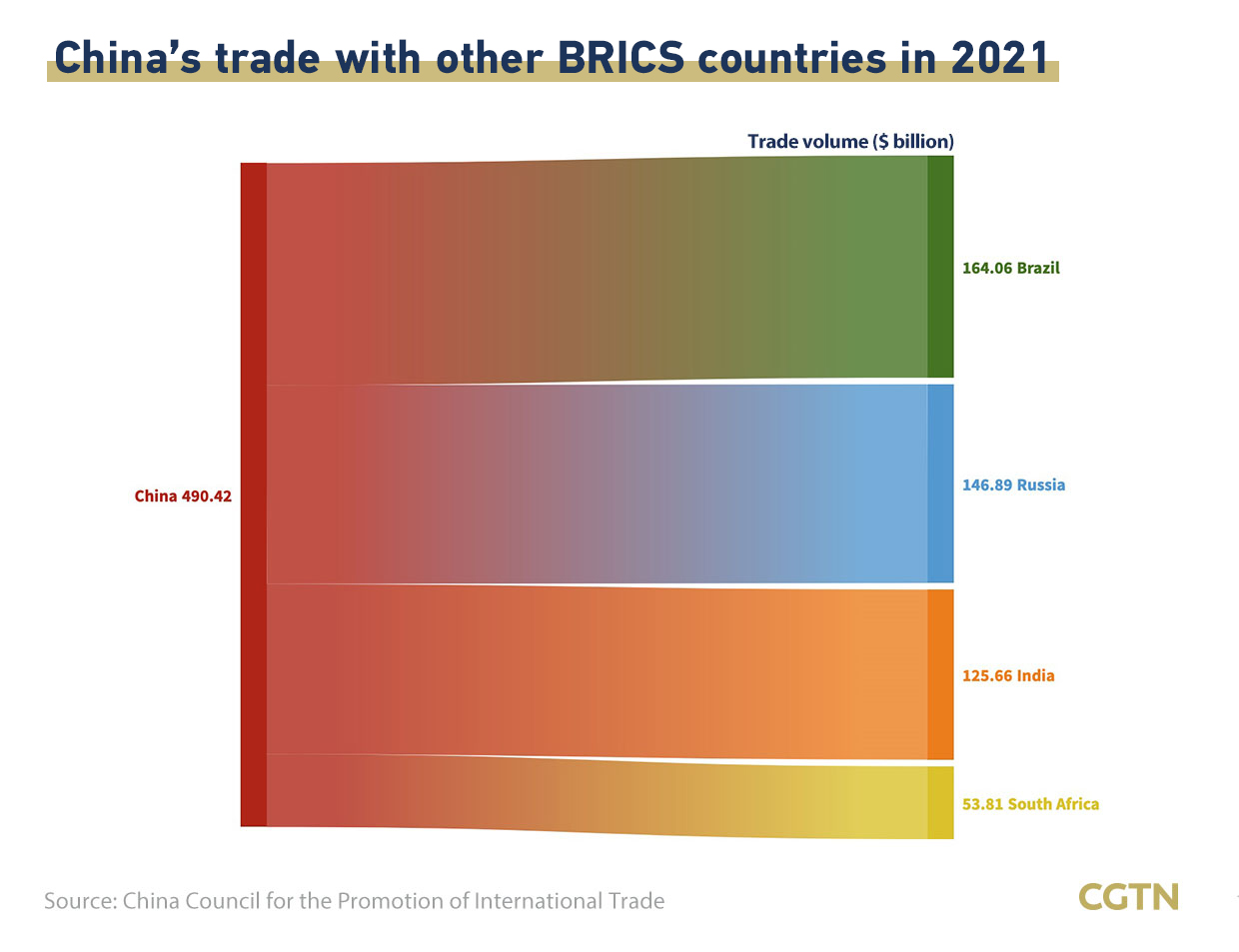 Sino-Indian trade topped over $100 billion for the first time in 2021, standing at $125.66 billion. Meanwhile, trade between China and South Africa surged by 50.7 percent during the same period.

BRICS countries' economic and trade cooperation has promoted the economic and social development of member countries, becoming an important engine for the recovery of the global economy as a whole.

"Russia and Brazil are major exporters of food and energy, which are critical in curbing global inflation. China and India are critical links in the supply chain, and South Africa is the most complex and affluent country in Sub-Saharan Africa," Wang told CGTN.

In 2001, then Goldman Sachs economist Jim O'Neill coined the acronym BRIC for the economic group of Brazil, Russia, India, and China. It became known as BRICS in 2010 after South Africa joined the group.

BRICS has reshaped the ranking of global economies over the past two decades, confirming O'Neil's 2001 forecast that the group would grow more quickly than the Group of Seven (G7), comprising the most advanced global economies: the U.S., Japan, Germany, Canada, France, the UK and Italy.

BRICS countries have also made significant achievements in finance and development cooperation, reflected in results achieved through the New Development Bank, which was founded in 2015 by BRICS countries.

The bank welcomed two new members, Bangladesh and the United Arab Emirates, in 2021.

Mobilizing resources for infrastructure and sustainable development projects in BRICS and other developing economies and post-pandemic recovery, the Shanghai-based bank has approved about 80 projects with funds of $31.5 billion since it was established.

In May, the BRICS bank announced its plan to deploy $30 billion as financial support to member countries from 2022 to 2026, among which 40 percent of the funds will be used to slow the process of climate change.

In addition, the BRICS has seen rapid expansion in the development of its shared economy and mobile payments, Wang said, adding that their vast population has laid the foundation for a deep consumer market and digital economy.

The New Development Bank provides an important vehicle for cross-border financing, which is key to facilitating digital trade and infrastructure, which she viewed as two important collaboration areas for BRICS countries in the future.