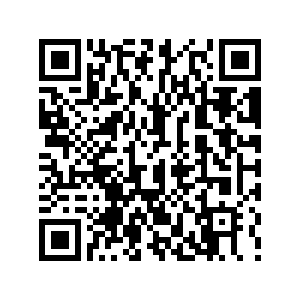 The 2022 BRICS Business Forum was held in an online plus offline format in Beijing on Wednesday. BRICS is the acronym for an emerging-market group that includes Brazil, Russia, India, China and South Africa.

Chinese President Xi Jinping delivered a keynote speech in virtual format, calling on all countries to not flinch away from risks, rise up to challenges and forge ahead toward the goal of building a community with a shared future for mankind.

Despite the changing international landscape, the historical trend of openness and development will not change, nor will the aspiration to meet challenges together, he said.

About 1,000 economic and trade ministers, envoys to China and representatives from the business community were present at the ceremony.

Ramaphosa said the COVID-19 pandemic has exacerbated challenges faced by developing economies such as poverty and inequality. He called on BRICS to strive to mitigate the impact of poverty, food and energy insecurity on people in the five countries.

Bolsonaro advocated closer ties among entrepreneurs in BRICS countries with a view to inking deals that bring in "mutual gains" for all parties involved. He underscored the New Development Bank's potential in enhancing the infrastructure in BRICS countries.

Putin reaffirmed Russia's readiness to work openly with "all bona fide partners" based on the principles of mutual respect for each other's interests, the primacy of international law, and equality for all nations and peoples. He said the Russian Financial Messaging System is open for connection with the banks of BRICS countries.

Modi said BRICS was set up with the belief that this group of emerging economies can evolve as an engine of global growth. He underscored the "very important" role of BRICS countries in post-pandemic economic recovery worldwide. He also highlighted the rapid growth of the digital economy in India.

A panel discussion themed "Embrace the digital economy and advance the BRICS Partnership for the New Industrial Revolution" was held during the forum.