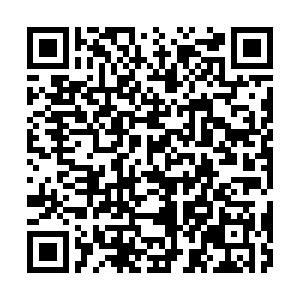 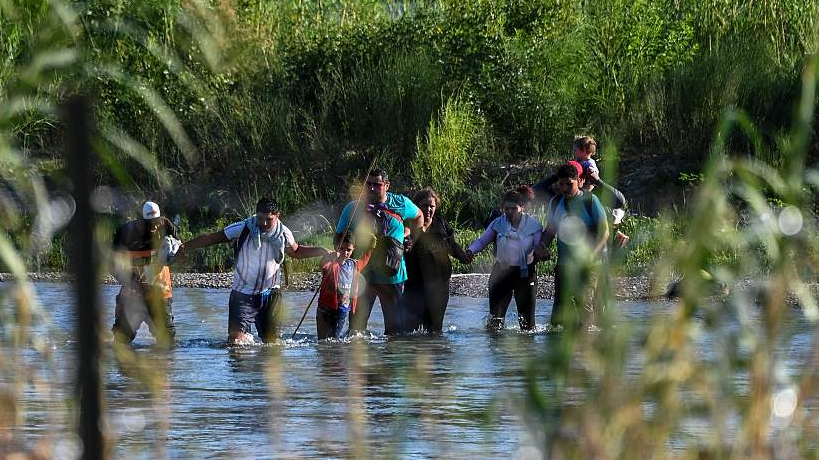 A migrant family from Venezuela illegally crosses the Rio Grande River in Eagle Pass, Texas, at the border with Mexico, June 30, 2022. /CFP

A migrant family from Venezuela illegally crosses the Rio Grande River in Eagle Pass, Texas, at the border with Mexico, June 30, 2022. /CFP

Thousands of people set off on foot from southern Mexico early Friday morning, undeterred in their efforts to reach the United States even after the deaths of at least 53 migrants in Texas this week highlighted the dangers facing many migrants.

The group, mostly of young men from central American countries, included families walking with children and babies in strollers.

The migrant caravan began in the city of Tapachula, near the Mexico-Guatemala border, following two others organized earlier this month with large contingents of Venezuelans. Both caravans disbanded in nearby towns.

Asked about the Monday deaths of migrants in an overheated tractor-trailer in Texas, people in the caravan expressed sympathy, with some saying they were walking to avoid the danger of taking other modes of transportation.

"We really are in mourning," said Moises Velez, a migrant from Venezuela. "It hurts all of us."

U.S.: From nation of immigrants to graveyard of migrants' dreams