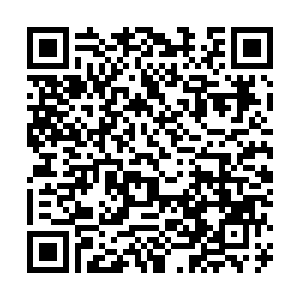 Hong Kong will look into shortening COVID-19 quarantine requirements for travelers, while still aiming to curb the spread of the virus and prevent hospitals from being overwhelmed, John Lee, the new chief executive of the Hong Kong Special Administrative Region (HKSAR) said on Tuesday.

Lee spoke at his first weekly news conference as the city's chief executive after being sworn in on Friday.

"I am conscious of the need for Hong Kong to remain open and convenient to travelers, but it is also important that we address the risks at the same time," Lee told reporters.

Hong Kong still imposes a seven-day hotel quarantine on arrival, at the traveler's own cost.

The new administration is also working on Hong Kong's local national security law, and will introduce it "as soon as possible," Lee said.

During his campaign, Lee had said it was one of his priorities to enact legislation required by Article 23 of Hong Kong's Basic Law, which would complement the national security law adopted by Chinese lawmakers. Article 23 of the Basic Law stipulates that the Hong Kong government shall enact laws on its own to prohibit any act of treason, secession, sedition or subversion against the central government.

Lee said on Tuesday the government hopes to spend more time on legal research to address all risks that might arise in the future.

"There is especially one jurisdiction which practices common law. It suggested some kinds of measures that are very harsh. But we will look at different countries to see what references we will take, based on the needs and risks of Hong Kong, and our country's risks in the overall geopolitical situation," Lee said.

Lee also touched on the city's housing issue, saying two separated teams will be established by the new government. The shortage of land and homes is a deep-seated problem in Hong Kong, a region where property prices are among the highest in the world.

According to Lee, one team will be in charge of analyzing public housing, and will submit their first report within 100 days. The other team will be designated to coordinate land and housing supply.