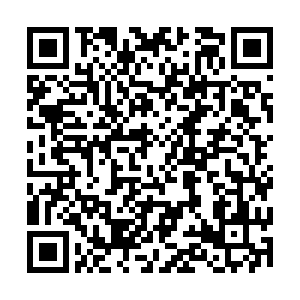 The euro has hovered around a parity on the dollar, as inflation is rampant and concerns about economic recession in the euro zone are growing.

The official currency used by 19 out of the 27 member states of the European Union (EU) has gone down nearly 12 percent this year and fell to a 20-year low on Tuesday. It dropped as low as $1.00005 on the most widely used Electronic Broking Services' dealing platform and touched $1 on Reuters dealing overnight.

To tame a 40-year high inflation in the U.S., the Federal Reserve has acted aggressively in hiking rates, ending quantitative easing adopted during the COVID-19 pandemic.

As the policy U-turn resulted appreciation of the dollar, "global investors are rushing into dollar denominated assets on the expectation of more rate hikes in the U.S., which depressed the valuation of euro," Hang Seng Bank (China) Chief Economist Wang Dan said.

Following the Russia-Ukraine conflict since February, the EU has joined the U.S. in imposing multi-dimensional sanctions against Russia, which is the EU's leading supplier of imported oil, gas and coal – according to the World Economic Forum.

"The longer the conflict lasts, the greater Europe and the euro will lose in the future," Wang Shuo, professor of the School of International Relations and Diplomacy at Beijing Foreign Studies University, told CMG.

Facing high inflation and the depreciation of the euro, the European Central Bank (ECB) has decided to follow suit of raising interest rates ceasing the negative-interest policy of the past decade.

However, it will curb the already sluggish economic growth of the euro zone and increase the debt risks of some member countries in the area, bringing more underlying risks, Wang Shuo said.

Although the depreciation of the euro is generally good for exports, it will depress the imports, he said, citing that the trade deficit of the euro area has been in an expanding deficit. Among them, Germany, as the largest economy and largest exporter in the euro area, has also experienced the first deficit since 1991.

Moreover, many companies in the euro area now use the dollar for settlement. The current economic downturn is equivalent to bearing the loss of exchange rate, he said, adding the effect of the devaluation of the euro is definitely more harmful than beneficial to the euro zone.

Speaking of the impact of weaker euro on China, Wang Dan said the depreciation of euro exerts downward pressure for the yuan, because it – as the largest account of weight in the U.S. Dollar Index – pushed up the value of the index.

It may, however, increase the demand for China's treasury bond as global investors seek safe assets, she said.

"Euro may depreciate further if the U.S. Fed continues with the aggressive rate hikes in the coming months," she expected.

The devaluation of the euro also means a decline in the credit of the currency and a shrinking of wealth, Wang Shuo said. If the euro keeps falling, it will reduce people's expectations for the future of the currency, which will lead further sell-off and depreciation, he explained.