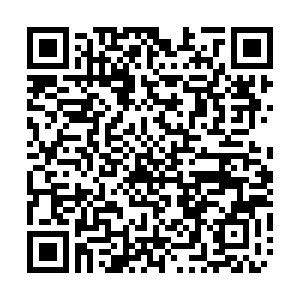 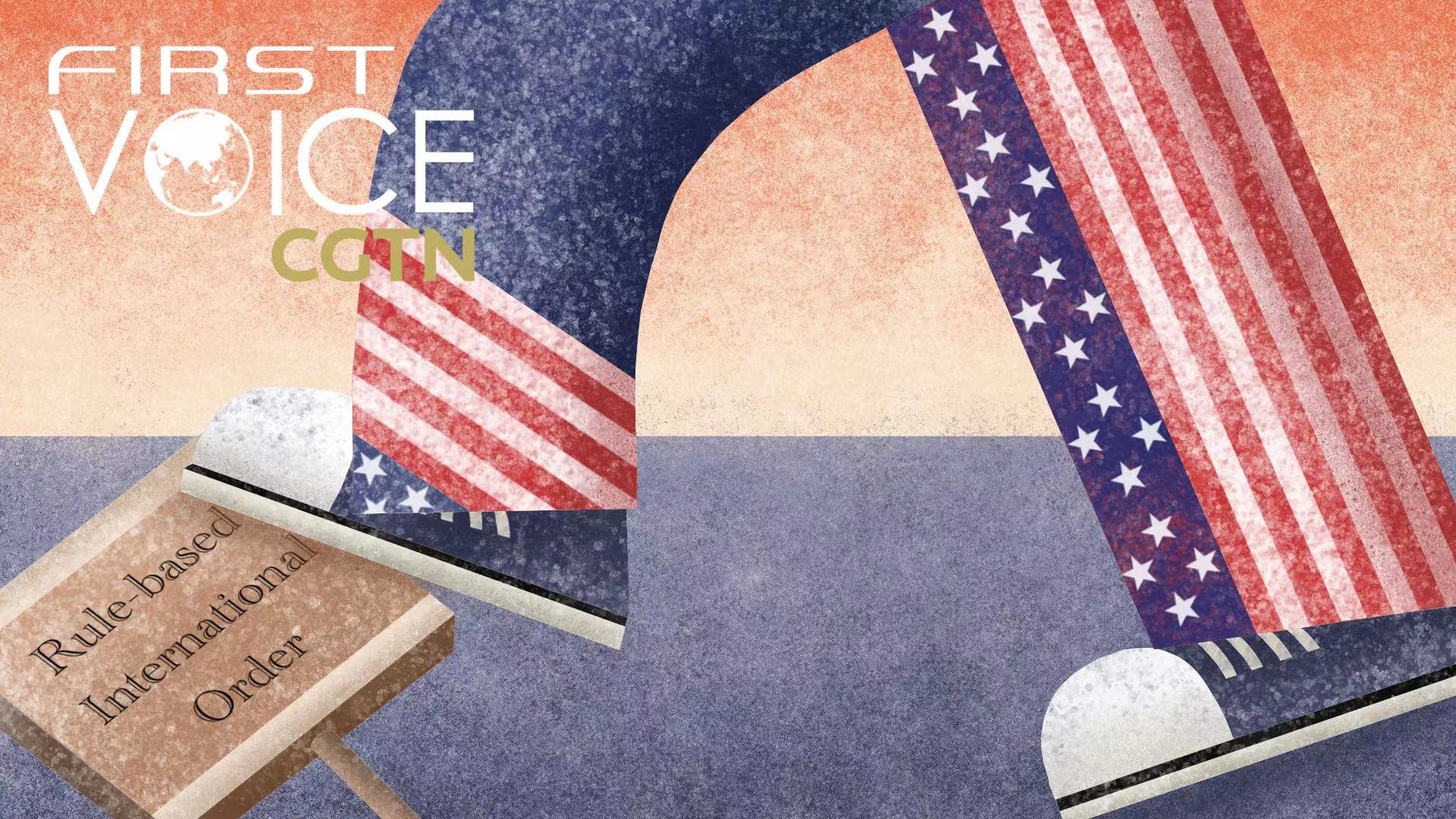 The U.S. is trampling on rules-based international order. /CGTN

The U.S. is trampling on rules-based international order. /CGTN

Former White House national security advisor John Bolton last week garrulously boasted in a television interview that he had been instrumental in U.S. planning attempted coups in foreign countries. "As somebody who has helped plan coups d'etat, not here, but, you know, other places, it takes a lot of work," the former U.S. ambassador to the United Nations said unabashedly offering his views on the Congressional hearing into the Jan 6, 2021, attack on the U.S. Capitol, which he reckoned in his "expert opinion" wasn't a coup attempt.

A known hawk, Bolton in the past has unapologetically pushed for the U.S. invasion of Iraq and has fervently backed the idea of bombing Iran and the Democratic People's Republic of Korea (DPRK). The brazen shamelessness and hubris that he displayed in his confession confirmed what was already known to much of the world – that interference, invasion, and regime change operations are convenient tools in Washington's foreign policy and hegemonic agenda.

For instance, during the Cold War period alone, between 1947 and 1989, the U.S. carried out regime change missions at least 72 times – 66 covert operations and six overt ones – according to an analytical report by Lindsey A. O'Rourke, an assistant professor at Boston College. Washington's covert operations succeeded 26 times installing U.S.-backed puppet regimes in power while it failed for the remaining 40 times. In addition, nine out of 14 attempted coups put the U.S.-backed leaders in power.

The 2016 report also showed that meddling in foreign elections remained the most successful covert tactic for the U.S. It found 16 cases where Washington sought to influence foreign elections by covertly funding, advising, and spreading propaganda for its preferred candidates, often doing so beyond a single election cycle. Of these, the U.S.-backed parties won their election 75 percent of the time.

Many countries, including China, Russia, Iran, and Venezuela, that are often a target of vicious U.S. interventionist campaigns over the years, have condemned Bolton's recent remarks but were hardly surprised by his claims, noting that meddling in the internal affairs of other countries has become a hallmark of the U.S. foreign policy.

Meanwhile, The U.S. has continued with its interventionist agenda even after the Cold War ended. For years, the U.S. has created political unrest in Latin America and the Middle East. Washington's role as a catalyst in the so-called Arab Spring movements in the Middle East is only too well known. U.S.-led invasions of Afghanistan, Iraq, Libya, and Syria have wreaked havoc in those countries leading to civil unrest, domestic instability, heavy loss of lives, and mass migration.

As if driven by pathological compulsion, the U.S. has also instigated color revolutions in parts of Europe and Asia. Senior U.S. officials even went to the streets themselves in some of those countries to support opposition forces in stoking political confrontation.

In recent years, the U.S. has tried fomenting troubles in China's Hong Kong Special Administrative Region (HKSAR), Xinjiang Uygur Autonomous Region, and the island region of Taiwan using the same old tactics from its interventionist playbook, only to be resolutely repelled by Beijing.

Just last Friday, the Pentagon announced that the U.S. State Department has approved the potential sale of military-technical assistance to Taiwan worth an estimated $108 million, in yet another provocative "long-arm" interference in China's internal affairs.

The U.S. move is a clear example of its agenda and attempt to undermine China's sovereignty and security interests. Beijing has strongly condemned the decision while making serious demarches to Washington. China has also urged the U.S. to "abide by the one-China principle and the stipulations of the three China-U.S. joint communiqués, revoke the arms sales plan, stop arms sales to and military contact with Taiwan and stop creating factors that could lead to tensions in the Taiwan Strait." 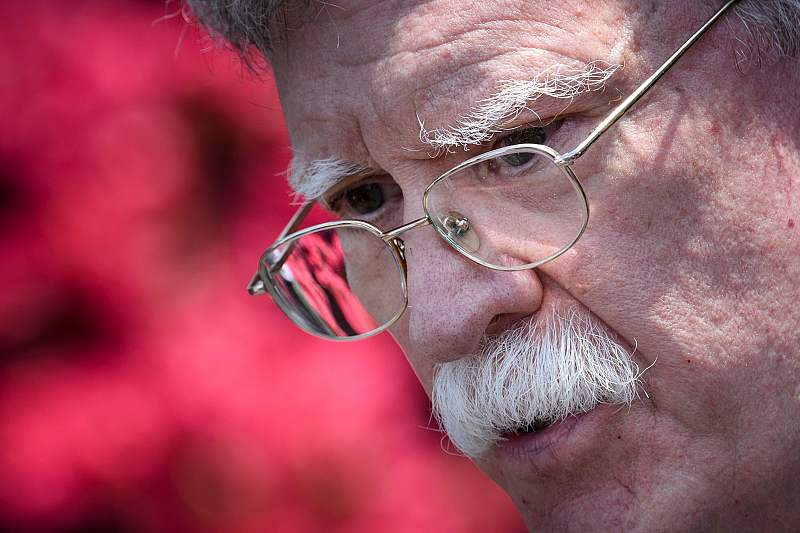 Former White House national security advisor John Bolton, a known hawk, in the past has unapologetically pushed for the U.S. invasion of Iraq and has fervently backed the idea of bombing Iran and the Democratic People's Republic of Korea (DPRK). /CFP

Former White House national security advisor John Bolton, a known hawk, in the past has unapologetically pushed for the U.S. invasion of Iraq and has fervently backed the idea of bombing Iran and the Democratic People's Republic of Korea (DPRK). /CFP

What is baffling in all this is that despite being the primary force for global instability and turbulence with its hegemonic outlook, the U.S. has the gumption to accuse other countries of destabilizing the global order and violating international law. The U.S. has never been the one to abide by the norms of international law as it probably sees itself as being above the law somehow. From the U.S. perspective, all the international rules and laws are somehow meant for the other countries to maintain and follow while Washington takes on the role of the global policeman to keep a watch and find faults with others.

In this backdrop, Bolton's confession also exposes the U.S. doublespeak on the so-called "rules-based international order," where the "rules" and "order" apply only to others while Washington goes on trampling the last bits of those very "rules" and "order" to serve its devious interests, by hook or by crook. The establishment in the U.S. trumpets this "rules-based" order with a single intent – to perpetuate U.S. hegemony and protect its authority to easily interfere in other countries' affairs, and when required, overthrow a legitimate government and replace it with a puppet regime at the will of the White House.

This is precisely the kind of "rules" and "order" that American hawks like Bolton want to defend for posterity. The world is changing. It is watching as the global hegemon decays, giving way to a multipolar world order where many emerging powers increasingly have greater say in global governance. There will soon come a time when Washington's nefarious and disruptive "regime change" and "interventionist" agenda will die a deserving death and hawks like Bolton will remain condemned for eternity.