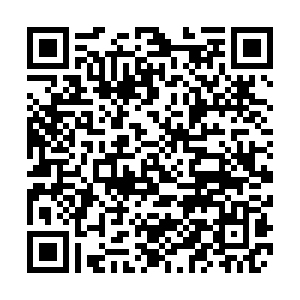 The total number of COVID-19 cases in the United States surpassed 90 million Wednesday, with more than 1 million deaths.

U.S. coronavirus cases totaled 90,046,834, out of a 330 million population, according to data compiled by Johns Hopkins University, with the latest seven-day average of 127,201 increases per day. 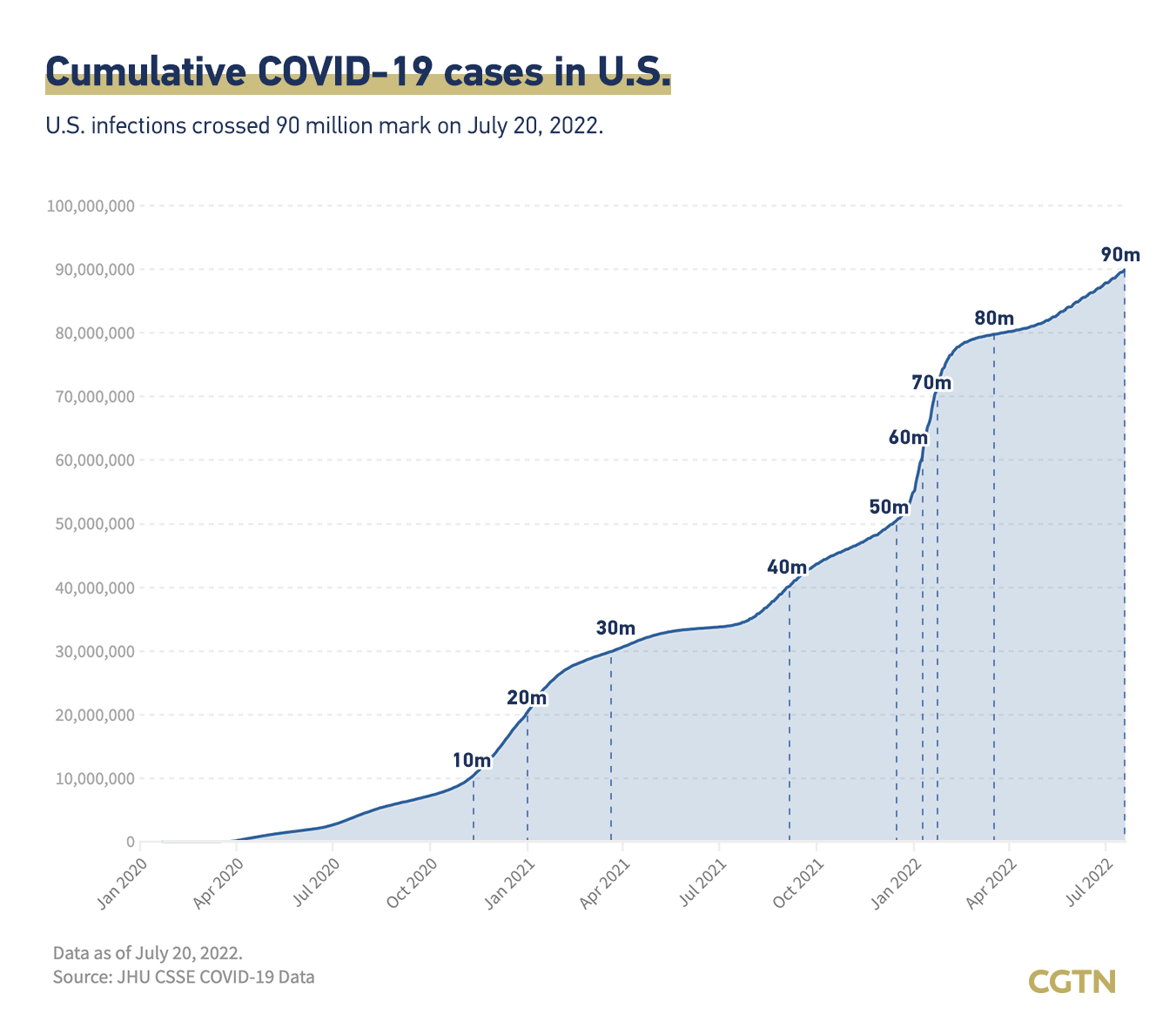 The first confirmed case was reported on January 20, 2020. In the more than two years since, case rates have ebbed and flowed as waves of the virus swept across the country, reaching highs of more than 1 million reported a day in early 2022.

The U.S. remains the nation's worst hit by the pandemic, with the world's most cases and deaths, accounting for 16 percent of both the global caseload and the global deaths. 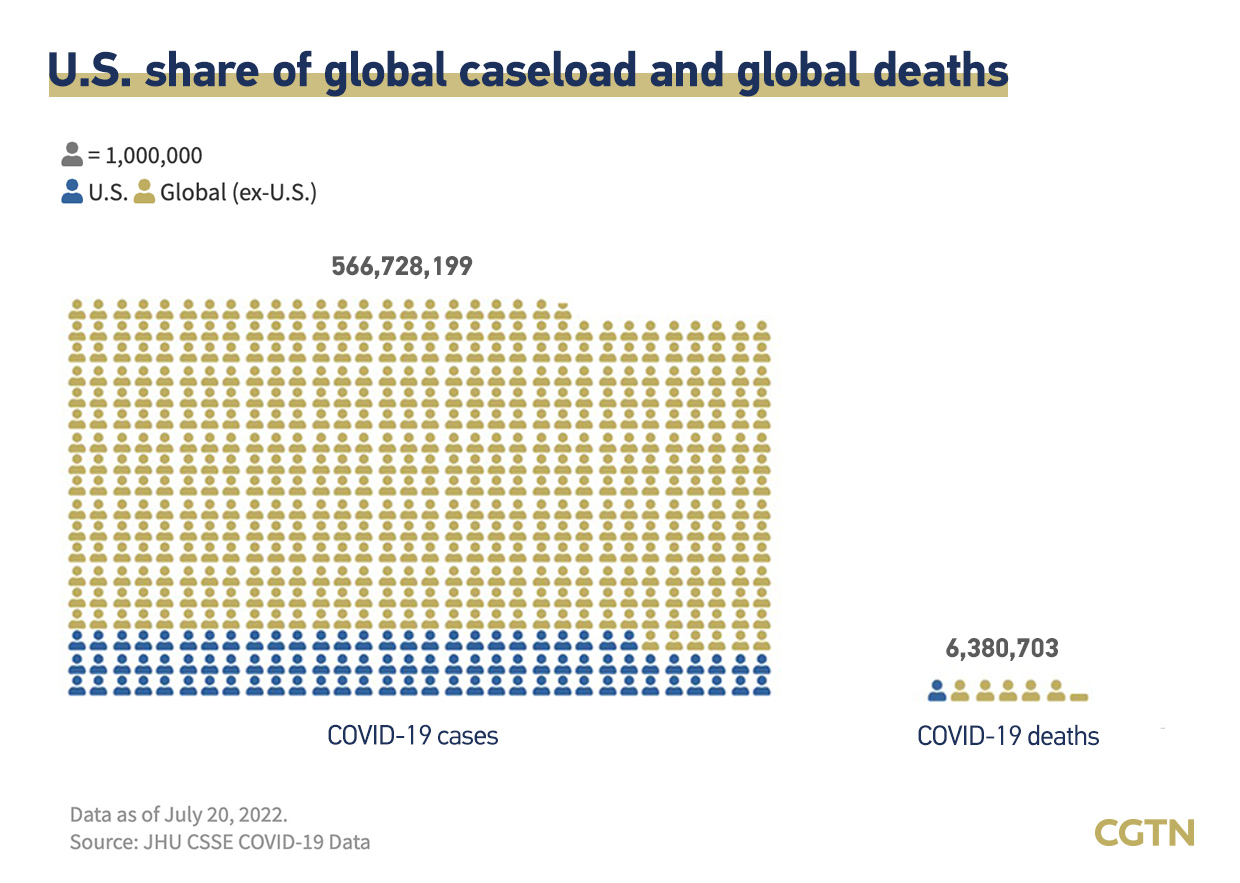 Taking population into account, New York State topped the state-level caseload list with nearly 60,000 cases per 100,000 population, followed by Rhode Island and Alaska, according to data from U.S. Centers for Disease Control and Prevention (CDC). 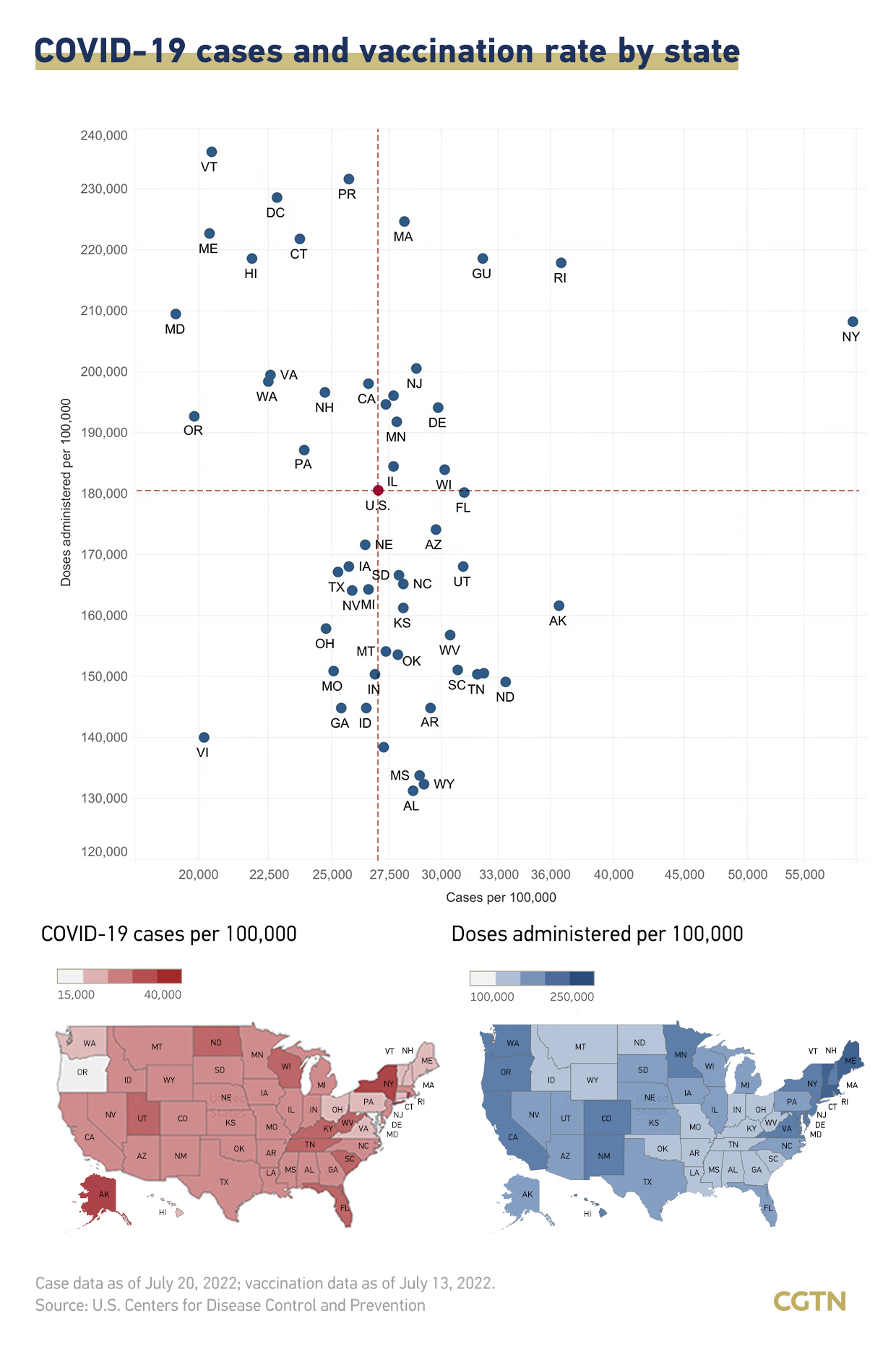 Graphics: Facts behind almost 1 million COVID-19 deaths in the U.S.