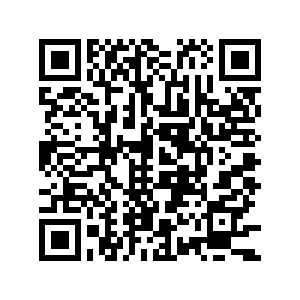 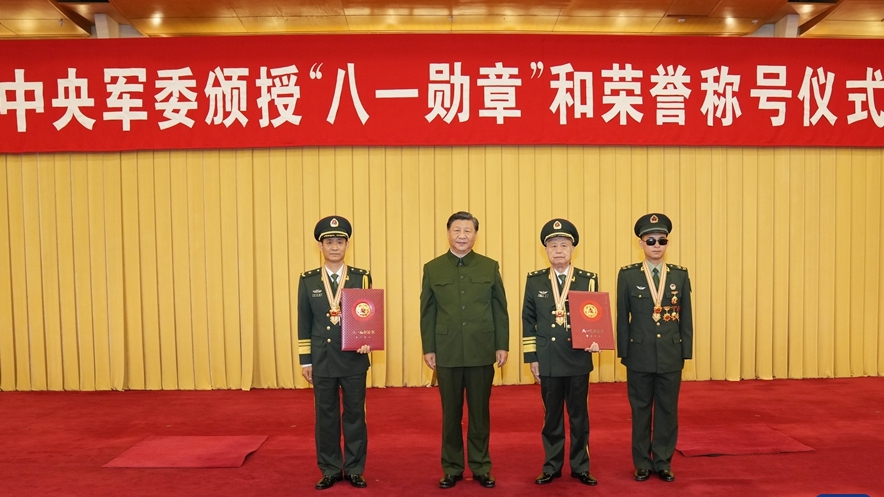 Chinese President Xi Jinping on Wednesday presented the August 1 Medal to three military servicemen and conferred an honorary flag to a battalion for their outstanding service ahead of the 95th anniversary of the founding of the Chinese People's Liberation Army (PLA) on August 1.

Xi, also general secretary of the Communist Party of China Central Committee and chairman of the Central Military Commission (CMC), presented the servicemen – Du Fuguo, a young demining soldier; Qian Qihu, an academician of the Chinese Academy of Engineering (CAE); and Nie Haisheng, commander of the epic Shenzhou-12 manned spaceflight mission – with certificates of honor and took photos with them.

He conferred the honorary flag to a model ground-to-air missile battalion of the PLA Air Force. 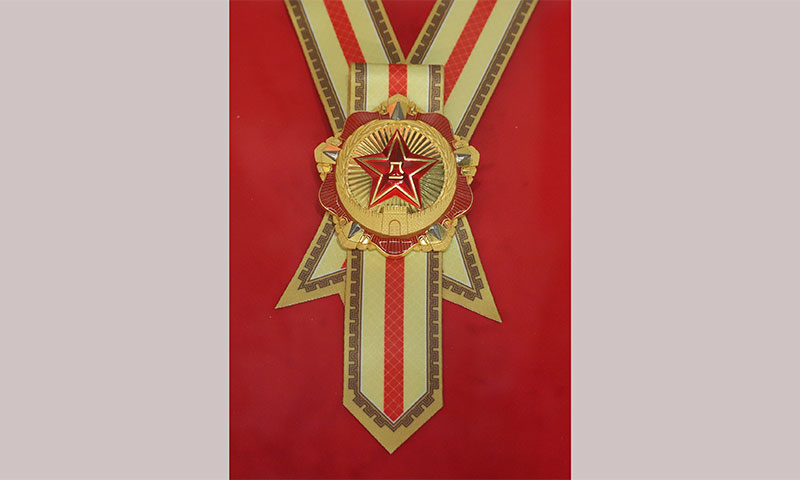 Du, 31, lost his eyes and arms in 2018 when trying to protect others during a border-area mine clearance operation. In the three years before the accident, Du entered minefields more than 1,000 times. During his career, he removed more than 150 tonnes of bombs and 400 land mines and handled over 20 emergencies.

Born in 1937, Qian has spent over 60 years studying protection engineering, helping China to build an indestructible "Steel Great Wall" underground. He won the country's top science award, the State Preeminent Science and Technology Award, in 2019 and later donated all his prize money to help poor children receive an education.

Born in 1964, Nie, who has a doctoral degree, is one of China's most experienced astronauts. He joined the country's first team of astronauts in 1998 and has been to space three times – on the Shenzhou-6, Shenzhou-10 and Shenzhou-12 missions. Last year, Nie, together with two teammates, became the first crew to live and work in the country's space station core module Tianhe.