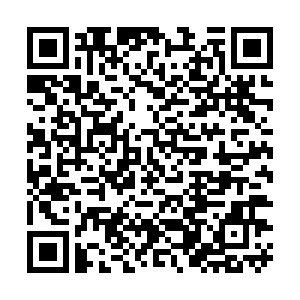 The device, mainly used for driving the rotation of the solar wings and the transmission of energy to the space station, is the first of its kind to realize dual axis solar tracking.

As the first lab module, also the largest and the heaviest spacecraft China ever launched and docked with its space station, Wentian is equipped with the largest flexible solar wings.

In order to drive the pair of 27-meter wings and rotate them smoothly towards the sun, the device acts as a central power house to both the wings and the station.

With an effective power generation area of 110 square meters from each of the solar wings, the device is the key to convert photoelectric at a rate of 30 percent, generating an average of over 430 kilowatt hours of power daily – enough for the consumption of an ordinary household in Beijing for one and a half months.

The device is also equipped with a rotary transformer that collects data on the sun's rotation angle in real time. After receiving the motion mode order from the attitude control system, the device can start autonomous motion planning that enables the solar wings to act like a "sunflower."

The other lab module Mengtian that's scheduled to launch in October is also equipped with flexible solar wings, each pair twice as large as those on the Tianhe core module.

By the time China's space station is completed, the total power generation area of the solar wings of the three modules, Tianhe, Wentian and Mengtian, will approach 400 square meters.