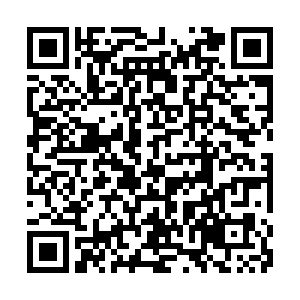 The international community has voiced support for China's defense of its sovereignty and territorial integrity following the visit by U.S. House of Representatives Speaker Nancy Pelosi to Taiwan that began late on Tuesday.

Beijing calls the visit of the speaker, second in the line of presidential succession in the U.S., a "blatant political provocation," as official exchanges and military contacts between the United States and Taiwan are banned in the three Sino-U.S. joint communiques.

China's military has announced joint air and sea drills around the Taiwan Strait from Thursday to Sunday as countermeasures. The armed forces have vowed to resolutely defend national sovereignty and territorial integrity and resolutely thwart the interference of external forces.

Over eight countries and organizations have so far publicly voiced their support of Beijing in the wake of the trip.

Russia's Foreign Ministry doubled down on the country's backing of the one-China principle, referring to Pelosi's visit as undermining regional stability and international security.

"We operate on the premise that there is only one China, and the PRC government is the only legitimate government representing all of China, that Taiwan is an inalienable part of China," the ministry wrote on its official Twitter handle on Wednesday, with hashtags of "WeStandwithChina."

"We call on Washington to refrain from actions, undermining regional stability and international security," the ministry wrote.

The Democratic People's Republic of Korea (DPRK) vehemently denounces any external force's interference on the issue of Taiwan and fully supports the Chinese government's just stand to resolutely defend its sovereignty and territorial integrity, a DPRK Foreign Ministry spokesperson said on Wednesday, according to the country's official KCNA news agency.

"Taiwan is an inseparable part of China and the issue of Taiwan pertains to the internal affairs of China," the spokesperson said. "It is the due right of a sovereign state to take countermeasures against the moves of the outside forces openly interfering in its internal affairs and destroying its territorial integrity.

"The current situation clearly shows that the impudent interference of the U.S. in internal affairs of other countries and its intentional political and military provocations are, indeed, the root cause of harassed peace and security in the region. The U.S. scheme to disturb the growth and development of China and its efforts for accomplishing the cause of reunification is bound to go bankrupt."

Others show their support to China

Belarus, Cuba, Syria, and the Arab League have also said they support the one-China principle.