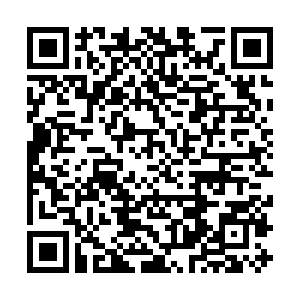 This move seriously violates the one-China principle, maliciously infringes on China's sovereignty and blatantly engages in political provocations, and has aroused strong indignation among the Chinese people and widespread opposition from the international community.

It proves once again that some U.S. politicians have become "troublemakers" of China-U.S. relations, and that the United States has become the "biggest destroyer" of peace across the Taiwan Strait and for regional stability.

The United States should not dream of obstructing China's reunification. Taiwan is a part of China. The complete reunification of China is the trend of the times and an inevitability of history. We will leave no room for the "Taiwan independence" forces and external interference.

No matter how the United States supports or connives with "Taiwan independence" forces, it will be all in vain. The United States will only leave more ugly records of gross meddling in other countries' internal affairs in history. The Taiwan question arose when the country was weak and chaotic at the time, and will surely end with national rejuvenation.

The United States should not fantasize about undermining China's development and revitalization. China has found a correct development path in line with its own national conditions. Under the leadership of the Communist Party of China, 1.4 billion Chinese people are striding toward Chinese-style modernization.

We put the development of our country and nation on the basis of our own strength, and are willing to coexist peacefully and develop together with other countries. But we will never allow any country to undermine China's stability and development.

Provoking trouble on the Taiwan question in an attempt to delay China's development and undermine China's peaceful rise will be totally futile and will surely lead to total failure.

The United States should not fantasize about manipulating geopolitical games. Seeking peace, stability, development and win-win cooperation are the common aspirations of regional countries.

The introduction of the Taiwan question into the regional strategy by the United States, which inflates tensions and stokes confrontation, is against the trend of regional development and goes against the expectations of the people in the Asia-Pacific. This is very dangerous and stupid.

The one-China principle has become a basic norm governing international relations and an integral part of the post-Second World War international order.

What the United States should do is immediately stop violating the purposes and principles of the UN Charter and stop playing the "Taiwan card" to disrupt the Asia-Pacific region.

The United States should not fantasize about distorting facts at will. The U.S. side claimed that China is escalating the situation, but the basic facts are that the United States first provoked China on the Taiwan question and blatantly violated China's sovereignty and territorial integrity.

The U.S. side claimed that there was a precedent of the U.S. House speaker visiting Taiwan. Yet the basic truth is that past mistakes cannot be used as an excuse to repeat them today.

The U.S. side claimed that it cannot restrain Congress due to the separation of powers. But the basic norm of international law is that the United States must fulfill its international obligations, and key politicians should not misbehave.

It also claimed that China's pursuit of reunification is a "threat" to Taiwan, but the basic logic is that Taiwan is an inalienable part of China's territory and the Taiwan question is purely an internal affair of China. It is lawful and justified that China upholds territorial integrity and opposes secession.

I want to stress that the one-China principle is the key stabilizing force for peace and stability across the Taiwan Strait, and the three China-U.S. joint communiques are the real "guardrails" for peaceful coexistence between China and the United States.

Clinging to the United States to seek "independence" is a dead end, and attempts to use the Taiwan question to contain China are doomed to failure.

In the face of the great cause of national unification, the Chinese people have the gut not to be misled by fallacies or scared by evils, the ambition to never be intimidated or crushed, the determination to unite as one, and the ability to resolutely safeguard national sovereignty and national dignity.

One-China principle is bottom line of China's ties with other countries: Wang Yi