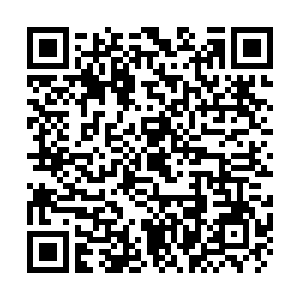 The Taiwan question is an internal matter for China and U.S. House of Representatives Speaker Nancy Pelosi's visit to the island is a provocation and violation of China's sovereignty and territorial integrity, not what she called a "defense of democracy and freedom," said Ma Xiaoguang, a spokesman with the Taiwan Affairs Office of the State Council on Thursday.

"The Taiwan question is China's internal affair and is not a 'regional' question," Ma noted, adding that necessary countermeasures are proper and legitimate acts to safeguard China's sovereignty and territorial integrity.

The Chinese People's Liberation Army (PLA) on Tuesday said it will launch a series of targeted military operations around Taiwan after Pelosi went ahead with the visit.

Ma said that relevant organizations and individuals should stop defense "Taiwan independence" forces and those who interfere in other countries' internal affairs and take practical actions to abide by the serious commitments made on the Taiwan question and the one-China principle.

The spokesperson for the Chinese Embassy in the UK reiterated that Pelosi's visit to Taiwan in disregard of China's firm opposition is a serious violation of the one-China principle and the three Sino-U.S. joint communiqués.

"We strongly condemn this," said the spokesperson. "We urged the G7 and the EU to abide by the one-China principle with concrete actions… to stop making erroneous remarks concerning Taiwan and to stop interfering in China's internal affairs."

The U.S. is playing the "Taiwan card," constantly distorting the one-China principle, intensifying its collusion with the Taiwan authorities and condoning the "Taiwan independence" forces.

The spokesperson urged the G7 and the EU not to be led astray by the U.S. "The current situation is caused by the U.S. side, and the U.S. side must take full responsibility for the consequences of its own mistakes," the official said.

The spokesperson for the Chinese Mission to the EU said that there is no "rules-based international order" in the UN Charter, but only clear provisions on the inviolability of national sovereignty and territorial integrity.