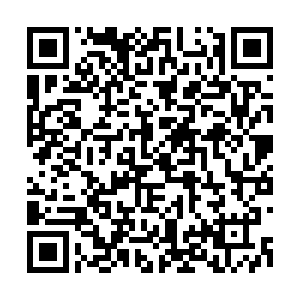 Political parties from many countries including Russia, Germany and Pakistan on Wednesday expressed strong opposition to the visit by the Speaker of the U.S. House of Representatives Nancy Pelosi to China's Taiwan region, saying it severely violated China's sovereignty and territorial integrity, undermined peace and stability across the Taiwan Strait.

Through messages received in various ways by the International Department of the Communist Party of China Central Committee, the political parties also reiterated their adherence to the one-China principle, and urged the U.S. side to immediately stop interfering in China's internal affairs.

Ivan Melnikov, first deputy chairman of the Central Committee of the Communist Party of the Russian Federation (CPRF), also first deputy chairman of the Russian State Duma or the lower house of parliament, said Pelosi's visit to the Taiwan region is an open provocation to China. "It is contrary to a series of consensuses reached between the Chinese and U.S. governments, and is yet another example of how the U.S. side sabotages global stability."

Melnikov said the CPRF firmly supports the efforts made by the Chinese people in safeguarding national sovereignty and territorial integrity.

The secretariat of Mazdoor Kisan Party of Pakistan released a statement to express serious concern over Pelosi's visit to the Taiwan region, saying that the U.S. deeds of interfering in China's internal affairs are unacceptable. The statement also urged the U.S. side to earnestly comply with the three China-U.S. joint communiques and respect China's efforts in realizing national reunification.

Patrik Koebele, chairman of the German Communist Party, said Pelosi's sole purpose of visiting Taiwan is to provoke China. The whole world, including the United States, clearly knows and recognizes that there is only one China.

The Communist Party of Egypt said it strongly condemns Pelosi's visit to China's Taiwan region, fully supports the one-China principle, and believes that the Communist Party of China has the wisdom and ability to achieve victory from this crisis and defeat the insidious conspiracies of the U.S. side.

Pelosi's visit to the Taiwan region violates the one-China policy, and is a provocative action that damages China's national sovereignty and territorial integrity, posing a serious threat to regional security and stability, said Ahmed Majdalani, secretary-general of the Palestinian Popular Struggle Front, who also expressed firm opposition to other countries' interference in China's internal affairs.