Download
Chart of the Day: Why the PLA's six drill areas around Taiwan matter
CGTN 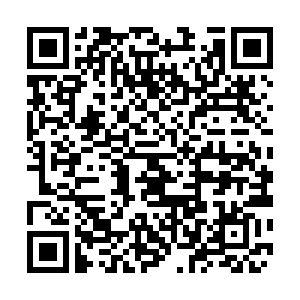 "The military drills are different from those in recent years as they cover a greater area, come closer to the island, involve more military elements and are expected to be highly effective," Meng Xiangqing, professor at the National Defense University of the People's Liberation Army, explained to CGTN the drills' significance. 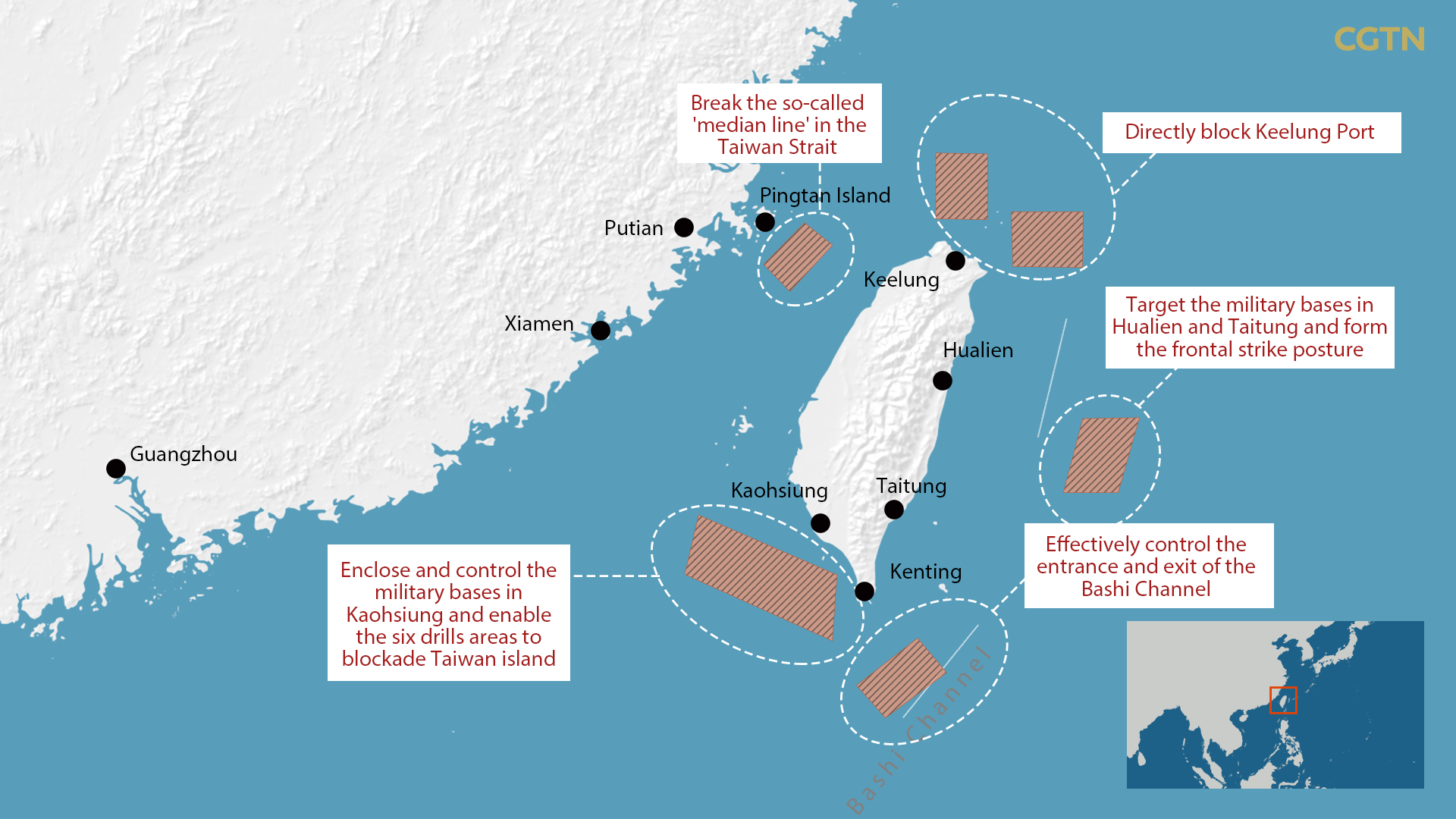 Zhang Junshe, a senior research fellow at the Naval Research Academy of the PLA, explained the importance of the six areas around the island selected for the drills in an interview on Friday.

The exercise area located southeast of Pingtan Island is the narrowest point on either side of the Taiwan Straits, breaking the "median line" that China has never recognized. 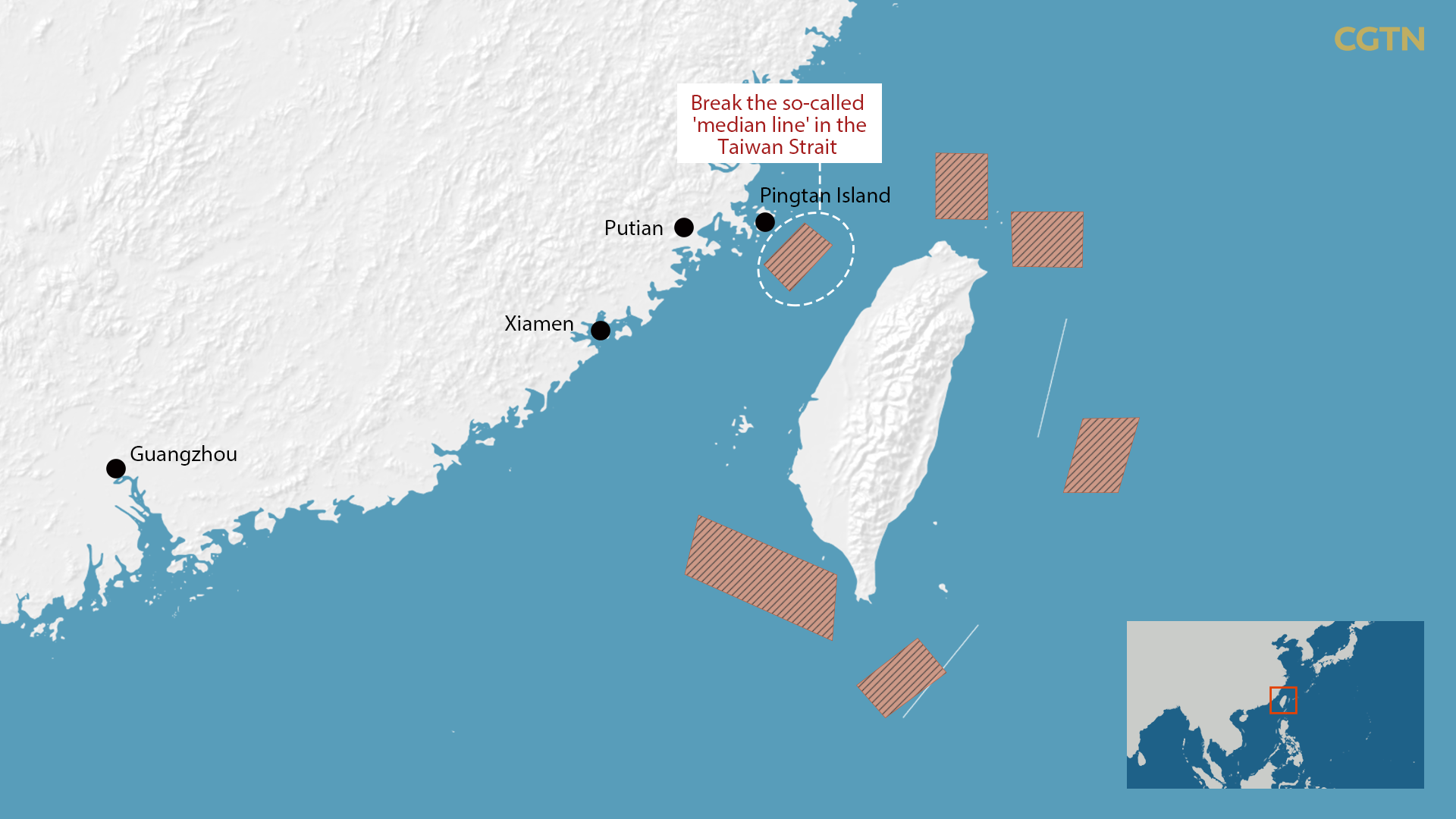 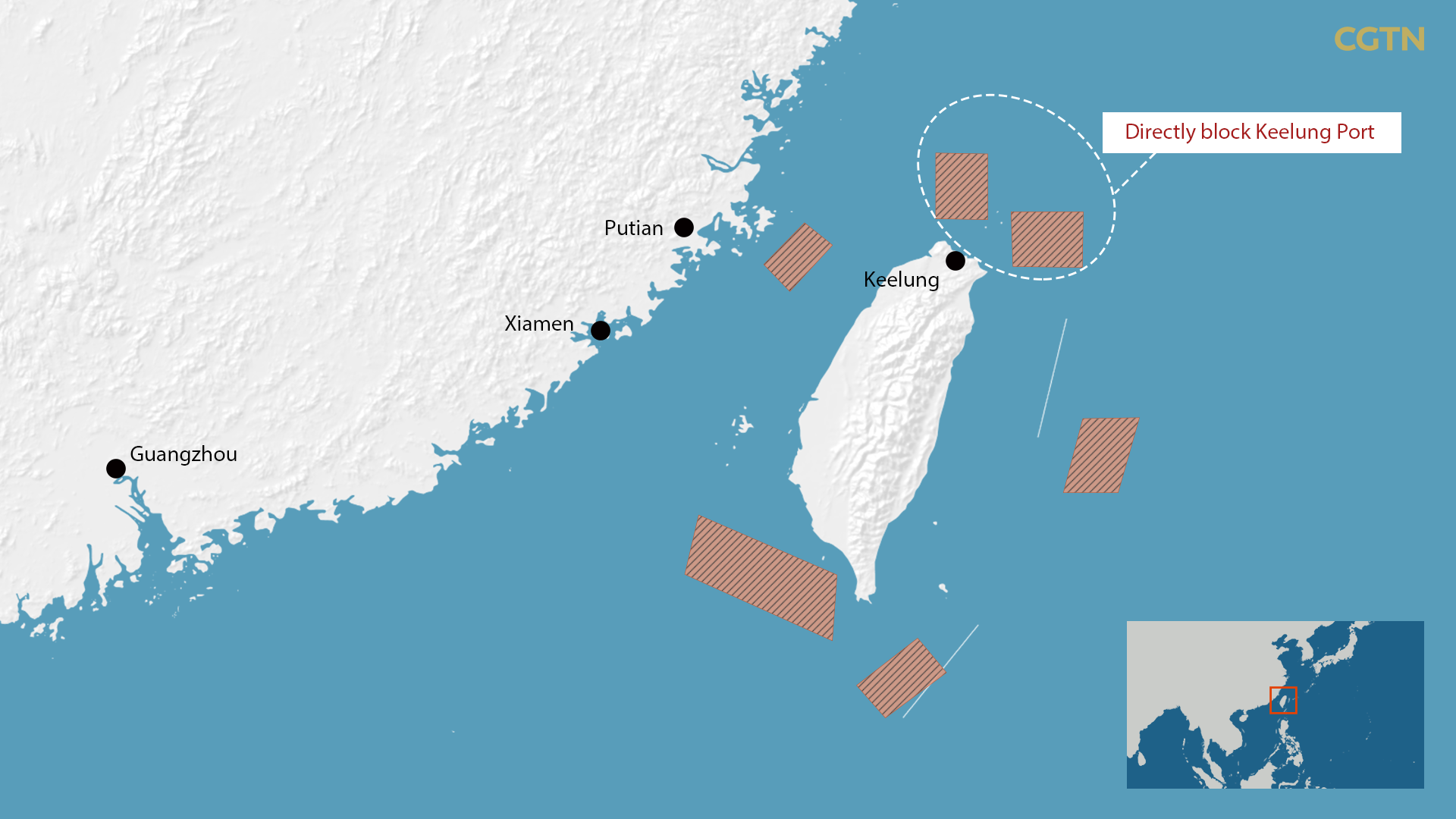 The exercise area to the east of Taiwan island can directly target the military bases in Hualien and Taitung, forming the frontal strike posture. 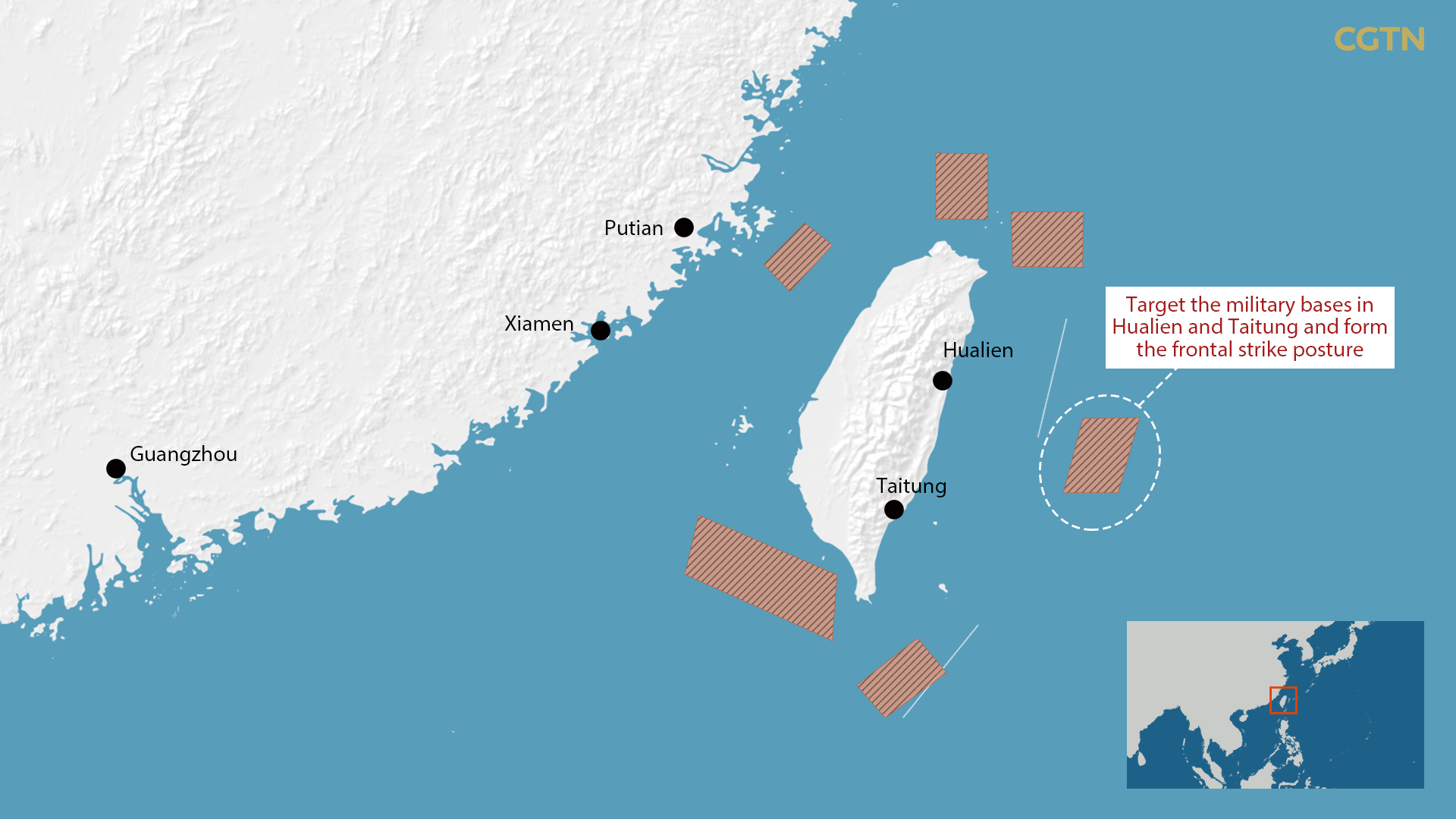 The exercise area to the southeast of Kenting can effectively control the entrance and exit to the Bashi Channel. 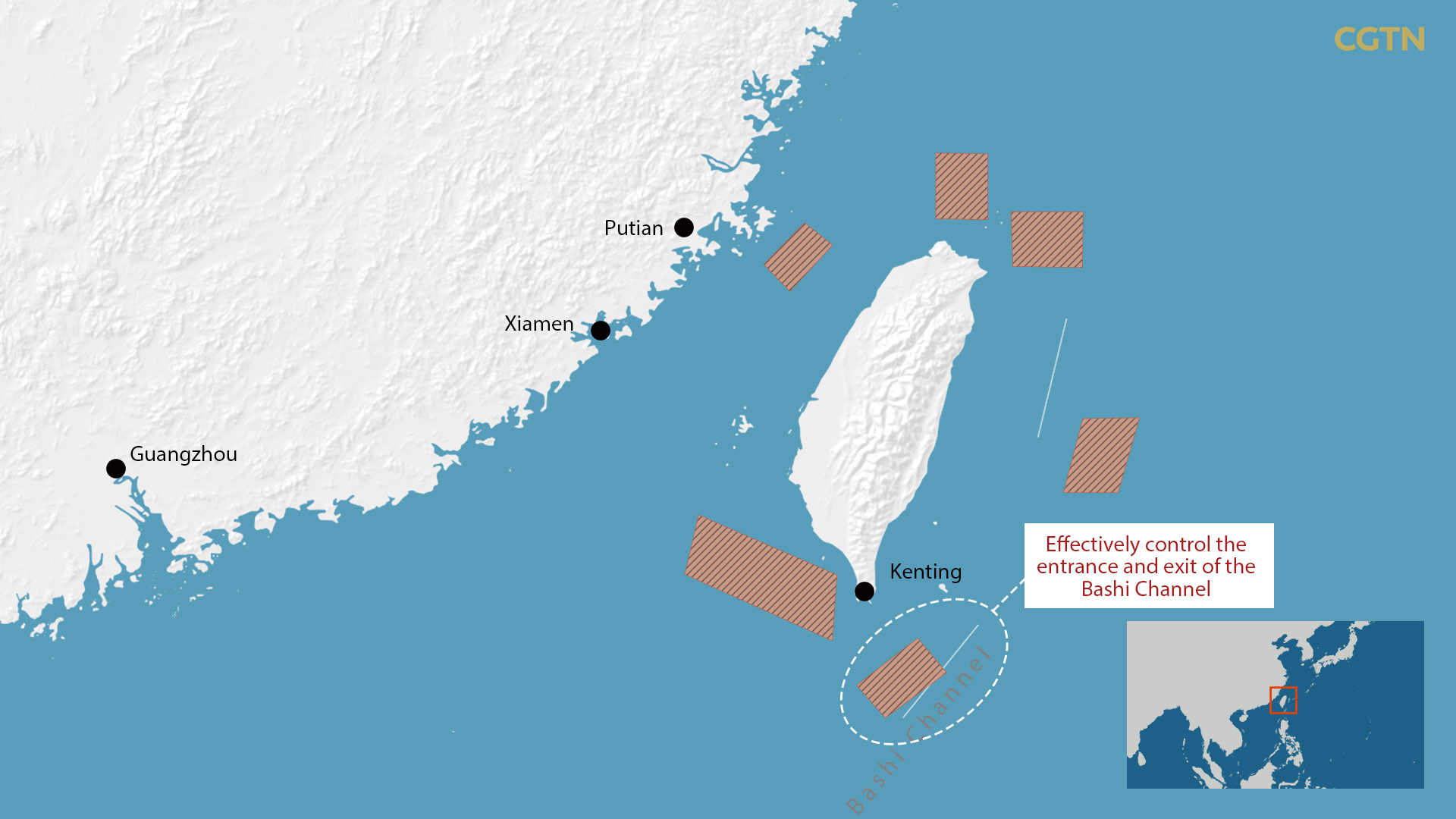 The exercise area to the southwest of the island is close to Kaohsiung and Zuoying, and can enclose and control the military bases in Kaohsiung. More importantly, it can enable the six exercise areas to blockade Taiwan island. 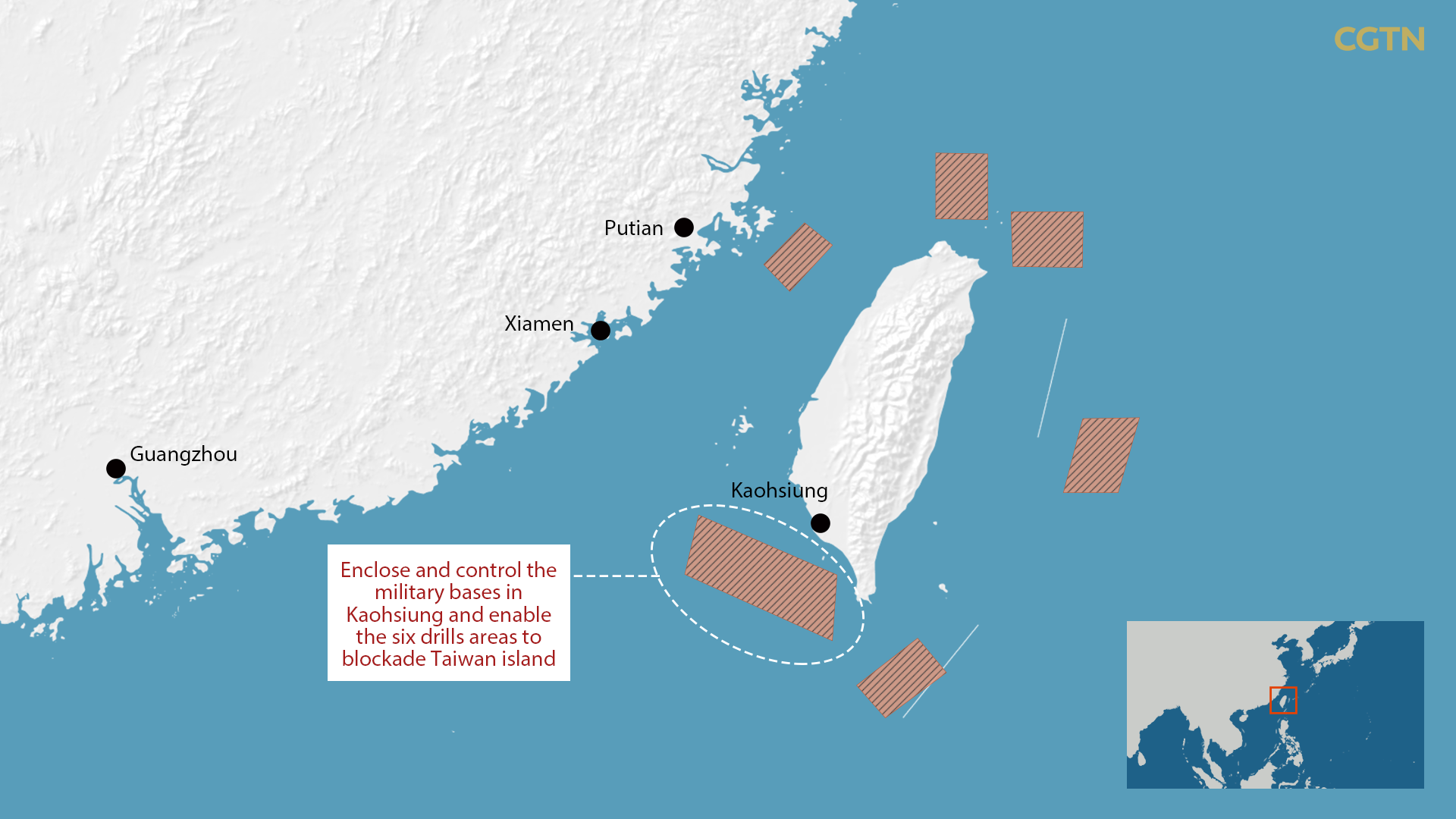 Hua Chunying, a spokesperson for China's Ministry of Foreign Affairs, stated on Wednesday that China would take all necessary measures to protect its sovereignty and territorial integrity. All consequences arising therefrom shall be borne by the U.S. side and the "Taiwan independence" separatist forces.