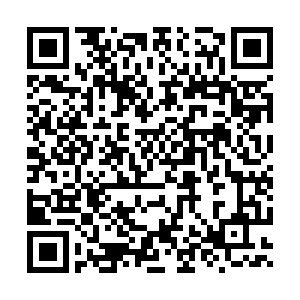 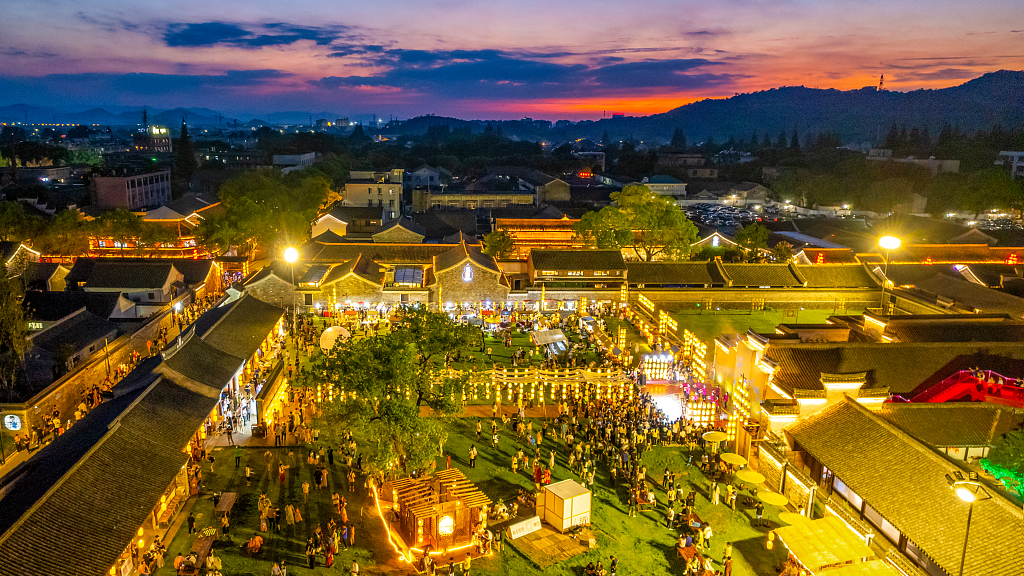 Various events took place in China on Saturday to kick-start the three-day Mid-Autumn Festival holiday, helping boost the recovery of the culture and tourism markets.

Moon worship is as an essential part of the Mid-Autumn Festival, or Moon Festival, celebrations.

The festival symbolizes family reunions and the joy of harvesting. Folk customs during the festival have ancient origins and feature a series of activities, such as guessing lantern riddles, eating mooncakes, moon viewing with families and carrying brightly lit lanterns.

In recent years, new ways to celebrate the Moon Festival have emerged.

A beautiful drone light show performed by 630 drones was staged in the night sky of eastern Chinese city Ningbo on Saturday, bringing a feast of light and shadow to the citizens.

In Beijing, the World Flower Grand View Garden held a slew of "Hanfu" related activities to celebrate the Moon Festival, including competitions in traditional Chinese dance, as well as Hanfu design and photography. Hanfu is the historical style of clothing worn and developed by the Han ethnic group.

A culture and creative fair has been set near the Miaoying Temple, also known as the "White Stupa Temple," in the Xicheng District of Beijing, gathering more than 40 cultural and creative businesses. It will continue until September 12.