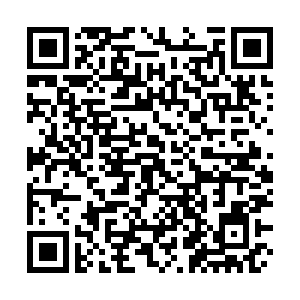 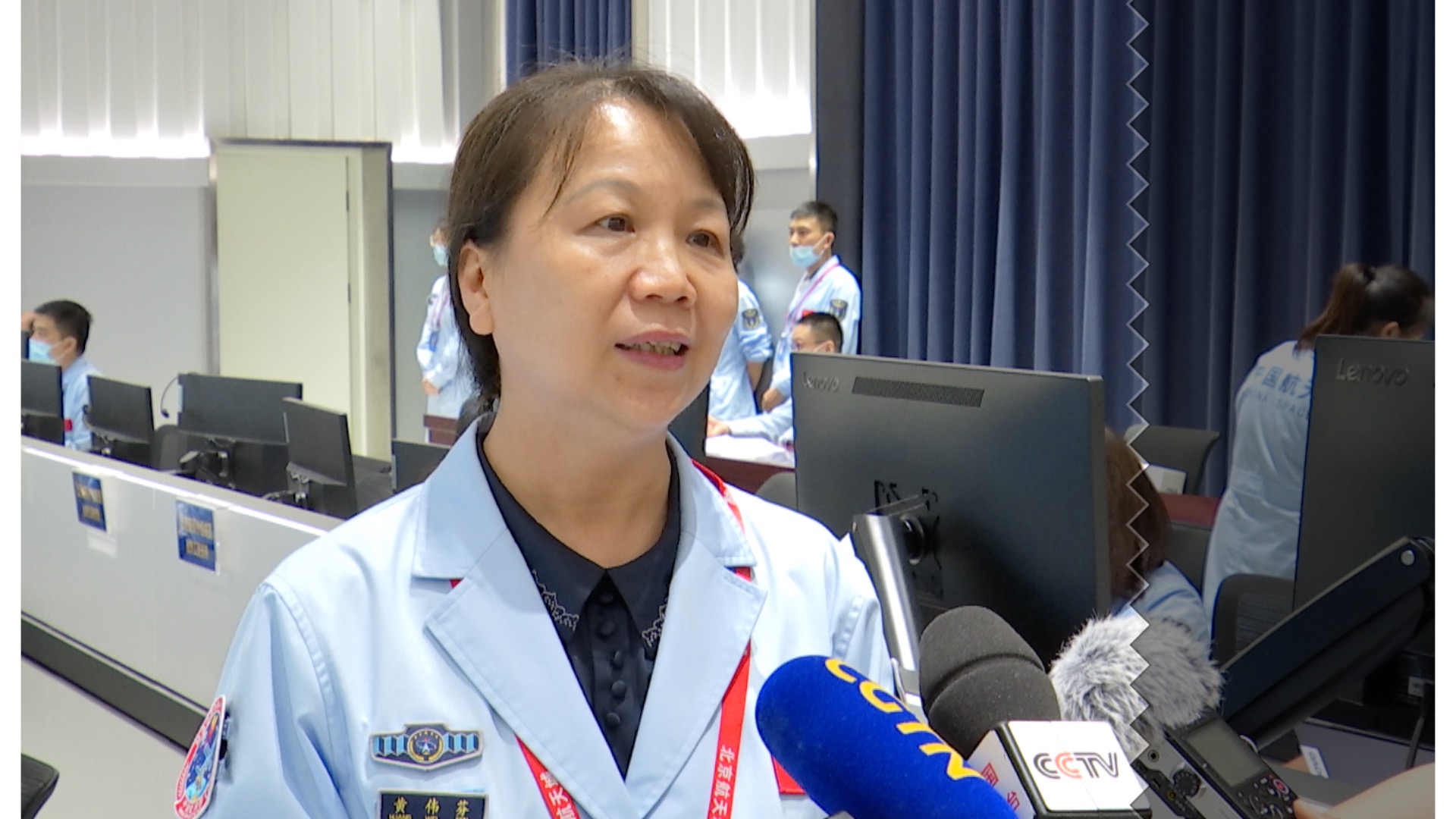 The extravehicular activities (EVAs) started at 1:35 p.m. Beijing Time on Saturday, when taikonaut Cai Xuzhe opened the hatch of the airlock cabin of the Wentian lab module. By 3:33 p.m., both Cai and mission commander Chen Dong were outside the space station. Their crewmate Liu Yang stayed inside the core module to support their operations.

Cai and Chen returned to the lab module at 5:47 p.m. after about five hours of EVAs, and the China Manned Space Agency declared the mission a complete success.

The taikonauts completed a series of tasks, including installing an extravehicular assistance handle to help them open the hatch from outside the space station in an emergency and additional pumps – the core equipment in the space station's thermal control system.

"The entire process went very smoothly," Huang told CGTN. "We've improved the process of EVAs after the last spacewalk on September 1. This time, the tasks were better arranged, and all systems cooperated so well that the efficiency was greatly improved."

She said all three taikonauts did a great job in the mission, especially the two crew members who ventured outside the cabin. 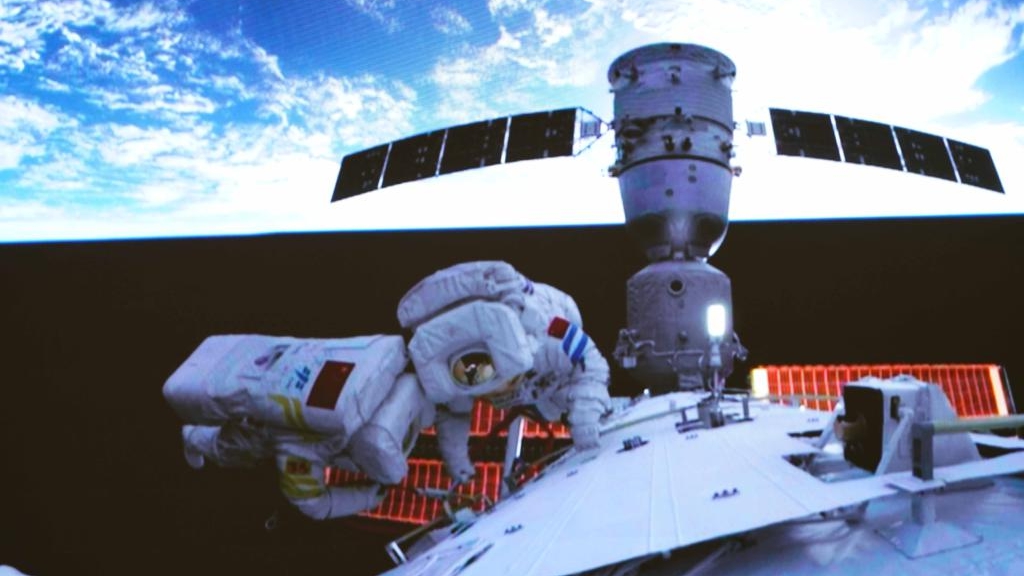 During Saturday's EVAs, the taikonauts for the first time verified the extravehicular rescue capability to test whether one taikonaut can rescue a free-floating crewmate outside the space station in an emergency.

During the challenging simulated rescue mission on Saturday, Cai, who was on his very first spacewalk, let go of the rails outside the cabin and was "rescued" by Chen.

Cai's performance was especially impressive, Huang said. "He has shown great courage, because he had to let go of the rails in outer space and completely depend on his crewmate. It takes absolute trust in his crewmate."

"Except for the designated tasks for the assembly of the space station, we had designed various verification tests, which will not only contribute to the training of the taikonauts, but also help gather valuable experience and data," she said.

For example, in previous EVAs, taikonaut Wang Yaping stood on the robotic arm to test its functions. This time, the emergency extravehicular rescue trial was more difficult, Huang noted.

The workload completed by the Shenzhou-14 crew during the two EVAs was substantial, Huang said, with their first EVAs being the most burdensome to date.

"They will also welcome the arrival of the Mengtian lab module, the Tianzhou-5 cargo ship and the Shenzhou-15 crew. There is a lot of work ahead," she added.