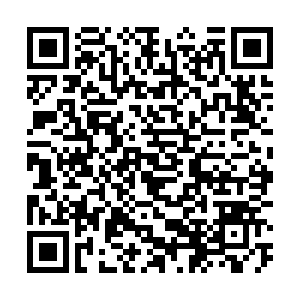 China will deliver its first homegrown C919 large passenger plane by the end of 2022.

The plane, developed by the Commercial Aircraft Corporation of China (COMAC), was granted a certificate of airworthiness by the country's aviation regulator, the Civil Aviation Administration of China, on Thursday.

"The airworthiness certificate indicates that the C919 has met the basic safety level for commercial operations," Qiao Shanxun, a member of the Chinese Society of Aeronautics and Astronautics, told CGTN.

Its certification signifies that China has the ability to independently develop world-class large passenger aircraft, and marks an important milestone for the country's large aircraft industry.

American aerospace manufacturer Boeing and France-based Airbus have long been considered a duopoly in the commercial aircraft market, which is worth trillions of U.S. dollars.

The C919, as part of China's goal to develop homemade civil planes, is trying to compete with medium-range passenger planes from the two global giants, such as Airbus's A320 and Boeing's 737 MAX.

The C919 narrow-body jet is China's first trunk jetliner developed in accordance with international standards of airworthiness and with independent intellectual property rights.

It has a wingspan of nearly 36 meters, a length of about 39 meters and a tail height of around 12 meters.

Its aerodynamically-designed wings made from advanced metals and composites help improve fuel efficiency while reducing noise in the cabin.

Its cockpit, with the latest navigation technology and the so-called "fly by wire" computer controls, makes the C919 competitive with other narrow-body jets.

The C919 is a fourth-generation aircraft, which is the most advanced type, according to Qiao.

"We may classify the aircraft by its cockpit. The first generation is the turboprop aircraft that have some basic functions. The auto-pilot function was introduced to the second generation of aircraft. The third generation aircraft saw the introduction of a flight management system (FMS) and terrain awareness and warning system (TAWS). The Boeing 737 NG and 737 MAX all belong to this generation. The fourth-generation aircraft have the fly-by-wire (FBW) system," he explained.

Narrow-body aircraft with 150 to 200 seats have been the most widely used planes in the global civil aviation market, and the C919 was designed and developed to meet the huge market demand for this type of planes, according to Qi.

Wu Guanghui, the chief designer of the C919, said he believes China will need around 2,000 narrow-body jets like the C919 in the future.

"It will take up more than 70 percent of the commercial aircraft in China's civil aviation industry. We decided to make this kind of plane because it's the most in-demand product in the market," said Wu.

So far, 800 C919 aircraft have been ordered by 28 customers. And Wu said the first batch of C919 will be delivered to China Eastern Airlines later this year.

COMAC said the company is also preparing for gaining a airworthiness certificate from the European Aviation Safety Agency, aiming for the global market.

"To achieve real success, the C919 needs to go to the global market. For example, the first-generation of the Boeing 737, which is the B737-100, was ordered by German airline Lufthansa, not an American airline. And for the Airbus A320, its first order of 100 planes was made by U.S. carrier Northwest Airlines," Qiao said.

He added that if the C919 could prove it's safe, reliable and fuel-efficient in commercial operations, and has a competitive price, it will of course be welcomed by the global market.

The production of the first prototype began in December 2011, which was completed in 2015.

The plane made its successful maiden flight on May 5, 2017.

In March 2021, China Eastern Airlines, one of the country's largest airlines headquartered in Shanghai, signed a contract to buy five C919, the first commercial deal for the plane.

As of this August, six C919 aircraft have completed their airworthiness certification test flights in several airports across China, including in the provinces of Shaanxi, Shandong and Gansu.