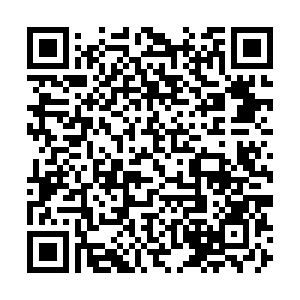 China's permanent mission to the United Nations (UN) in Vienna on Friday thwarted an amendment proposed by the AUKUS countries to legitimize their nuclear submarine cooperation at a meeting of the UN nuclear watchdog, the mission's head has said.

At this week's General Conference of the International Atomic Energy Agency (IAEA), the United States, the United Kingdom and Australia proposed an amendment to an IAEA safeguards resolution in an effort to legitimize their submarine deal in the context of the Treaty on the Non-Proliferation of Nuclear Weapons (NPT) but later withdrew it after China's opposition.

Why is it necessary to revoke AUKUS?

Wang Qun, China's permanent representative to the UN in Vienna, said on Friday after the meeting that since November 2021, when China initiated an intergovernmental review process over the AUKUS submarine deal at the IAEA's board meeting, it's the first time that the agency reviewed the deal at the level of the general conference.

Wang accused the AUKUS countries of attempting to "whitewash" their nuclear submarine deal by pushing the IAEA general conference to adopt their amendment and trying to mislead public opinion and "demonize" the China-initiated intergovernmental review process.

In September 2021, the U.S., the UK and Australia established the AUKUS alliance, under which the U.S. and the UK will assist Australia in acquiring nuclear-powered submarines. China and many other countries have repeatedly expressed concerns over the transfer of nuclear weapon materials involved in the trilateral pact.

The Chinese envoy said China thwarted the AUKUS-proposed amendment in efforts to safeguard the NPT, and many IAEA member states also expressed grave concern over the proliferation risks of the AUKUS submarine deal at the conference.

He urged the AUKUS countries to follow the intergovernmental review process, adhere to the international nonproliferation regime and seek common ground to resolve the issue of their submarine cooperation.

"Whatever tricks the AUKUS countries play, they cannot change the position of the NPT as the cornerstone of the international nonproliferation regime, cannot coerce the IAEA to engage in proliferation activities that advance military purposes, cannot hijack the IAEA Secretariat to make a verification program in favor of the three countries and cannot block the intergovernmental review process agreed by consensus four times at the IAEA board meetings," he said.

"Attempts to bypass the intergovernmental review process are doomed to fail," he added.

Over 70 percent of netizens from across the world believe the AUKUS has violated global nonproliferation standards, according to a recent poll released by CGTN.

Meanwhile, 81.7 percent of respondents said they are concerned that the move would threaten world peace.