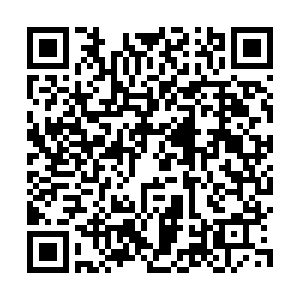 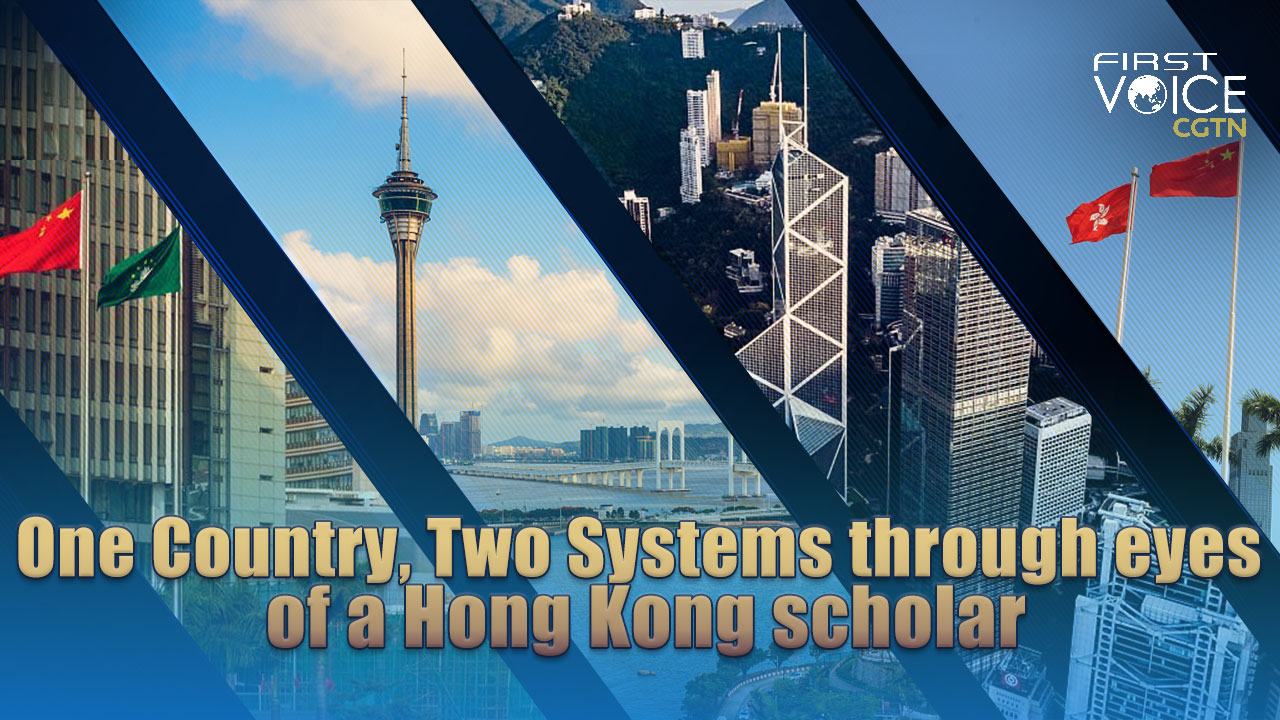 Editor's note: Over the past decade, China has made great accomplishments while navigating through a tumultuous global environment. As the 20th Communist Party of China National Congress approaches, CGTN First Voice has prepared a 10-part series titled "The China Path: A Panoramic Decoding" to take you through the landmarks and watershed events over the past ten years and decode the secret of China’s development. This is part six of the series, focusing on the "One Country, Two Systems" governance.

On January 1, 1997, I arrived in Hong Kong from the U.S. and have been working in the legal education field ever since. I have witnessed the formation of the "One Country, Two Systems" principle firsthand.

At the time of Hong Kong's return to China, the Communist Party of China (CPC) demonstrated its confidence and resolution to implement the principle, which, was written into the Constitution of the People's Republic of China in December 1982.

The principle is both a major development of the theory of socialism with Chinese characteristics and a new paradigm for the peaceful resolution of historical issues.

"One Country" the foundation for "Two Systems"

The underlying logic is: The co-existence of "Two Systems" is only possible within the "One Country" framework. In actual practice though, it takes time to develop a proper understanding of it.

The Report to the Eighteenth National Congress of the CPC in November 2012 said, "we must fully and faithfully implement the principle of 'One Country, Two Systems,' under which the people of Hong Kong govern Hong Kong and the people of Macao govern Macao and both regions enjoy a high degree of autonomy. We must both adhere to the one-China principle and respect the differences of the two systems, both uphold the power of the central government and ensure a high degree of autonomy in the special administrative regions, both give play to the role of the mainland as the staunch supporter of Hong Kong and Macao and increase their competitiveness. At no time should we focus only on one side to the neglect of the other." 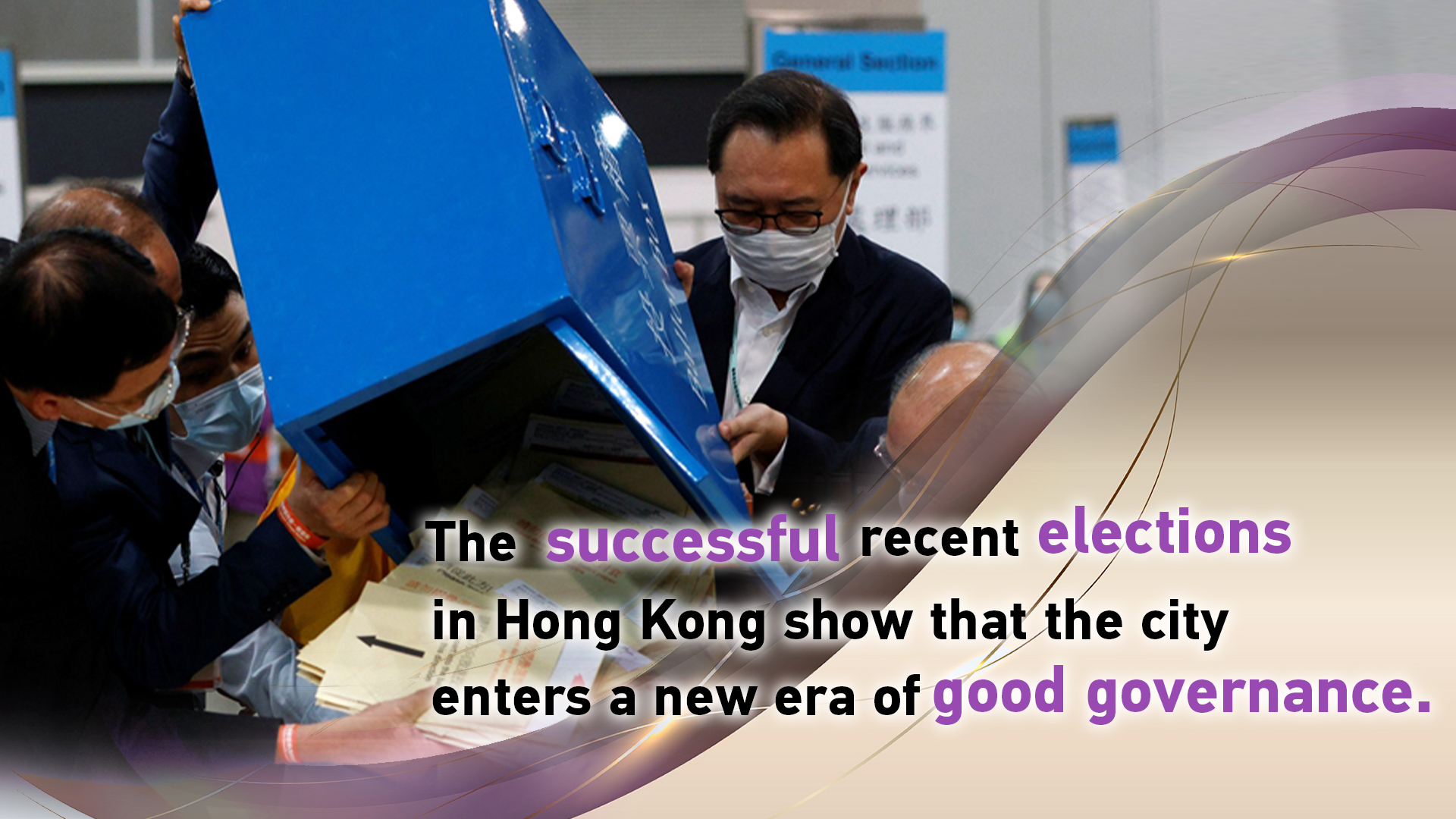 Nevertheless, the 2019 riots in Hong Kong were a West-instigated color revolution. The central government led by Chinese President Xi Jinping took measures in support of the "One Country, Two Systems" and "governing Hong Kong in accordance with the law" to end the chaotic situation.

Measures included the enactment of the Hong Kong national security law, the reform of Hong Kong's electoral system that established the essential election methodology for the Election Committee, the chief executive and Legislative Council, as well as the incorporation of the principle of "patriots governing Hong Kong" into the Communiqué of the Sixth Plenary Session of the 19th Central Committee of the CPC.

The successful recent elections in Hong Kong show that with the local governing body taking on a new look, the city enters a new era of good governance.

Hong Kong exercises a high degree of autonomy and enjoys executive, legislative and independent judicial power, including that of final adjudication, in accordance with the provisions of the Basic Law.

The city has maintained its status as one of the world's financial, shipping and trade centers and a free port. It is the largest offshore renminbi hub and continues to utilize its advantages as a multicultural metropolitan to participate in international cultural and artistic exchanges and increase its global footprint. The city has also, with the support from the central government, overcame two financial crises and two pandemics. 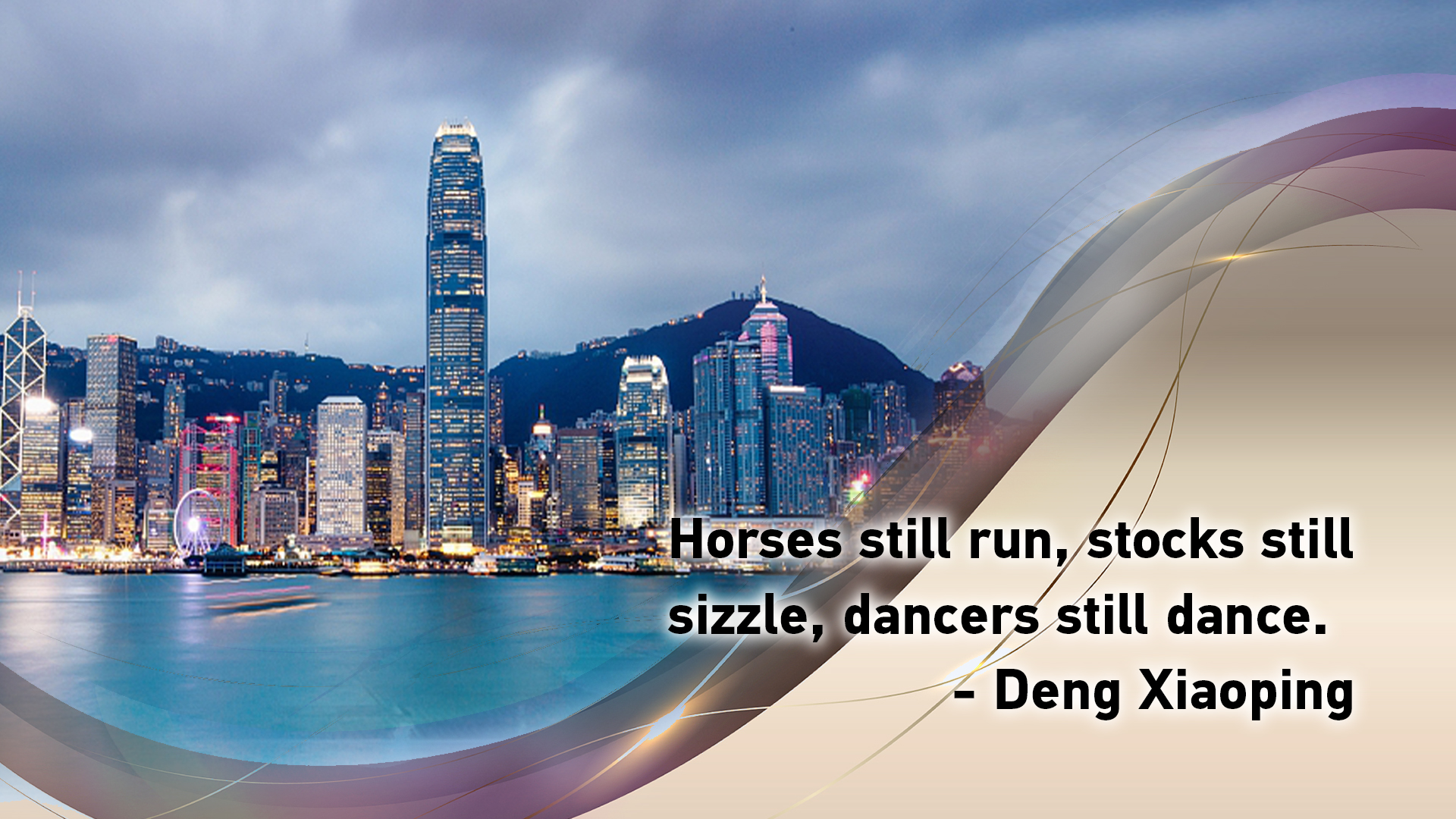 And let's take a closer look at Macao's development, since I often go there. The city, since its return to China, has registered rapid economic growth and benefited from a stable and harmonious society, while living standards have remarkably improved. .

We should also take note on the development of the Guangdong-Hong Kong-Macao Greater Bay Area. The concept was initially raised by Beijing in March 2015.

The General Plan for Building a Guangdong-Macao In-Depth Cooperation Zone in Hengqin bestows Macao with more administrative powers in Hengqin and more room to apply its own system; the Plan for Comprehensively Deepening Reform and Opening-Up of the Shenzhen-Hong Kong Modern Service Industry Cooperation Zone in Qianhai creates more opportunities for Hong Kong to unleash its institutional and professional strengths.

Our country to be reunified

As the cornerstone to maintaining long-term prosperity and stability in Hong Kong and Macao, the "One Country, Two Systems" speaks to the mainland, Hong Kong and Macao, as a community with a shared future, working together towards the great rejuvenation of the Chinese nation, and to establish a model for the peaceful resolution of the Taiwan question.

President Xi said, "China must be, will be reunified. It is a historical conclusion drawn over the 70 years of the development of cross-Straits relations, and a must for the great rejuvenation of the Chinese nation in the new era."

There are only two options for the resolution of the Taiwan question: The peaceful approach and the use of military force. The former is undoubtedly better.

The "One Country, Two Systems" principle was originally designed for Taiwan, but was later put into practice in Hong Kong and Macao. Its legitimacy is evidenced by the high degree of autonomy, economic prosperity and social stability enjoyed by the two special administrative regions in the two decades after their return to China, and should be applicable to Taiwan after its peaceful reunification with the mainland.