Download
What are the U.S. midterms and why are they crucial in 2022?
CGTN 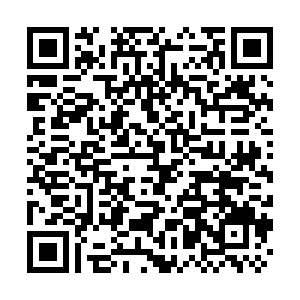 Midterm elections in the United States don't tend to receive the same level of coverage as polls held in presidential years, but nevertheless have a huge impact on how the country is governed.

History suggests midterm elections are effectively a referendum on the party in the White House – the key themes in 2022 include the economy, crime, abortion rights and inflation – and that that party typically gets heavily defeated.

The Democrats, who currently hold the presidency and control both houses of Congress, must overcome decades of precedent to retain control of either the Senate or House of Representatives. If the Republicans gain control of one or both legislative chambers after the November 8 elections, the consequences will be felt at home and overseas.

The elections are also important personally for Joe Biden and Donald Trump, though neither is on the ballot. The results will be seen as a verdict on their viability as candidates in 2024 – the president because they will be seen as a judgment on his first two years in office, and the former president because so many of the Republican contenders are closely tied to him.

And it's not just the high-profile races to take a seat on Capitol Hill or in governors' mansions that are in focus in 2022. Thousands of elections for lower-level positions taking place in counties and states are attracting attention, thanks to the potential impact the winners could have in the 2024 presidential election and their role in determining state issues like abortion access.

What's happening in the Senate?

The Senate is currently made up of 48 Democrats, two independents who vote with Biden's party and 50 Republicans. The Democrats have control of the chamber by virtue of Kamala Harris, the vice president, having the casting vote in the event of a tie.

Senators serve six-year terms, so in the 2022 midterms, 35 of the 100 seats are being contested. Fourteen of the 35 are currently in Democratic hands, and 21 are controlled by Republicans.

The Republicans need to gain just one seat to take control of the chamber, an outcome that would severely curtail the Democratic White House's ability to pursue its policy agenda and confirm appointees – about 1,200 political appointees in the U.S. require Senate confirmation, including federal judges.

It would also see a swing in priorities. Republicans are focusing on immigration, the "woke" agenda and crime. Democratic priorities include healthcare, environmental issues and voting rights. Republican senators would also take control of influential committees, with figures including Marco Rubio in line for chairmanships.

The battle for control of the chamber is on a knife-edge; most polls suggest five races are too close to call, and a further four are highly competitive.

What about the House?

The 435-member House of Representatives is reelected in its entirety every two years. It is narrowly controlled by the Democrats, who hold a 220-212 advantage with three seats vacant, meaning the Republicans need to flip just five seats to take charge.

A Republican majority in the House would mean Kevin McCarthy replacing Nancy Pelosi as the speaker, and legislative gridlock. The Biden administration would struggle to pass laws, and the president's hands would be tied in many areas for the next two years. It could also mean more scrutiny of U.S. support for Ukraine, given McCarthy has said Congress would no longer "write a blank check.”

The party would also have the power to open committee hearings on a variety of issues, and its agenda promises to be controversial. The House committee investigating the January 6, 2021 riot at the U.S. Capitol – which recently issued a legal summons ordering Donald Trump to testify – would almost certainly end.

The party has also said it would open up a series of controversial investigations, from the origins of COVID-19 and Hunter Biden to a slew of China-related issues. Some senior Republicans have even suggested impeachment proceedings for cabinet members.

Current polling suggests that while upwards of 30 seats are too close to call, the momentum is strongly with the Republicans. According to polling analysis website FiveThirtyEight, 124 candidates who either denied or doubted the results of the 2020 election are heavily favored to win seats.

And how about governorships?

Thirty-six of the 50 governor's mansions are being contested in 2022, 16 held by Democrats and 20 by Republicans.

While governors don't directly alter the national picture, they are hugely influential, and a change can make a big difference to the lives of a state's residents. Following the Supreme Court's overturning of Roe v Wade, access to abortion now lies with the states, and governors will be in the spotlight.

Also, some states have an outsize influence on the rest of the nation. For example, Gavin Newson, the California governor who is set for a second term and reported to be considering a presidential bid in 2024 if Biden doesn't run, is in charge of an economy set to become the fourth largest in the world, according to Bloomberg, and as such is a major driver for the national economy.

Elections for state positions such as attorney general and secretary of state are drawing particular attention in 2022 because of the impact the holders could have on how future elections are fought.

Several candidates for secretary of state across the U.S. have cast doubt on the validity of the 2020 election. In a repeat of the 2020 election, in which Trump attempted to persuade officials in some states to overturn the results, there are concerns that the so-called "election denier" candidates might be more prepared to go along with such requests.

Meanwhile, contests for state legislatures will have a major potential impact on issues, including abortion access and gerrymandering.