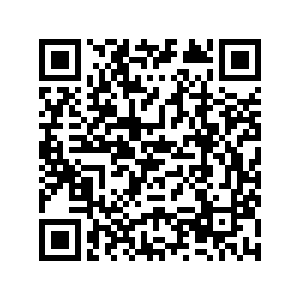 Editor's note: China is committed to its fundamental national policy of opening to the outside world. It adheres to the right course of economic globalization. How does globalization define and shape the world we all live in today? And how individuals in China are affected by reforms and opening up in the country? Henry Wang Huiyao, President of the Center for China and Globalization (CCG), tells his experiences and insights.The commentary reflects the author's opinions and not necessarily those of CGTN.

Hello and welcome to China Talk. I'm Henry Wang Huiyao. For people who have lived through the past half century, globalization is far from a vague term that only makes its appearance on newspapers. It is the physical reality that keeps changing the people's lifestyle, a momentum for individuals to change the trajectory of their lives. I'm one of those individuals. Had there not been China's integration of globalization with reform and opening up, I would have missed all the opportunities towards self-realization, and my country have also remained in limbo, without achieving remarkable progress we witness today. In the report delivered at the 20th CPC National Congress, it is stressed that China is commit to its key national policy of opening up to the outside world. This is very much emphasized. Given my personal experience, I believe this won't be a vaguer fake belief.

I remember the first major global news that struck me was 50 years ago when then U.S. President Nixon visited China. Back then, China was still going through the Cultural Revolution. "Don't learn ABC, you can still make a revolution" was the slogan. But after Nixon's visit, I found my hometown, which is Chengdu, the radio started to teach English. So I started learning English through the radio. Actually at that time, as a teenager, after my brief two years at the high school, I was actually sent to the countryside like many young people in China, in a remote village of Sichuan province. On a regular working day, I was sweating and doing very harsh work actually in the field, the loudspeaker of the countryside suddenly announced an exciting news that the national entrance exam for college was restored.

As I mentioned, English is the tool of leading my way to college, and then to the Ministry of Foreign Trade and Economic Cooperation, later known as the Ministry of Commerce of the PRC, which was still at the very front of China's opening up to embrace the globalization. I'm very grateful for this experience.

Today, it is estimated that the total English learners and users in China are about 400 million, incredible! The number is larger than the entire population of the United States combined. As the New York Times once mentioned, English can be regarded as almost synonymous with China's reform and opening up policies, the 400 million, one third of China's total population, speaks out loud about the country and its people's willingness to open the door wider to the world. What evidence can that be!

In 1984, I personally made a crucial decision to start my overseas education in the North America. My first across the globe flight turned out to be no less than a long and exhausting exodus. I still remember vividly the frightening moment when the flight captain announced "mechanical problems were detected" on my flight, in the mid-way of the West Pacific. What a surprise!

People who lived through all these years of opening-up realize it takes unpredictable risks before the world finally accommodates them. After 40-years of opening up, China has new challenges. There are calls on decoupling, on supply chain cut off, on deglobalization, on regionalism and protectionism.

But China doubles down on its commitment to keep opening up and to position itself to improve the level and quality of trade and investment cooperation with the rest of the world. China knows well that "openness enables a country to move forward, while seclusion holds it back."

This is also what I get from my personal experiences. As a matter of fact, overseas studies contributed lifelong values both to my global knowledge and my career. I earned my skill and professional knowledge on how to work internationally, while seeking to collaborate with people of diverse cultural backgrounds. That's very important. Bridging China and the rest of the world is becoming my mission. I believe it would not only make myself better-off, but also lead to better mutual understanding for people in this world — it is not only for my interests, but my country and the world.

Ironically, some people failed to understand the underlying reasons and usually opted to blame China as a saboteur of international order. I have witnessed this first hand when I was invited to the world famous Munk Debates in 2019. I made my points with my colleagues to justify China's outstanding performance on poverty reduction of 800 million people out of poverty, and its achievement as a global economic engine, contributing in a decade, over 30 percent of global GDP growth, as the largest contributor to the UN peace-keeping force among Permanent Five countries. Most of the audience were convinced and agreed with me, initially there was a big disagreement. We finally managed to win the debate with a small margin with 3000 live audience voting in the famous Toronto Thompson Hall. So this is really a moment that I really remembered very well.

To some extent, globalization is giving its way to isolationism and populism at the very moment. They try to separate today's two largest economies. The pandemic has also accelerated the separation. As I stressed in my op-ed piece recently published in the latest edition of The Economist, a well-known magazine, this exchange has created incalculable value in interpersonal connections, economic benefits and such fruits of collaborative research as the Human Genome Project and COVID-19 vaccines.

To break the impasse and the separation caused by the pandemic, in July 2022, our think tank, CCG, launched its first Chinese think tank ice breaking visit to six countries, including the United States and some European and Asian countries. When I arrived at airport in New York with my colleagues, I was deeply touched by our U.S. friends' eagerness and willingness carry out face to face talk with their Chinese colleagues. We had a sense of urgency to keep Track Two diplomacy running. Although our U.S. colleagues were at times outspoken and straightforward regarding certain disagreements between us, they did demonstrate a sincere goodwill that may be powerful enough to break through the siege on globalization.

In the 20th CPC National Congress report, it emphasizes again and again that China's door will be opened wider and wider, and China will keep on promoting economic globalization. I strongly believe that China will continue to open up and to champion globalization. We used to be alienated not only by geographical distance, but by stereotypes, bias and misunderstandings rooted in some parts of the world. Globalization is the guiding light for my own life path. It is the driving force of China's development over past four decades. It is the ultimate solution to get over all those human weakness around the world.