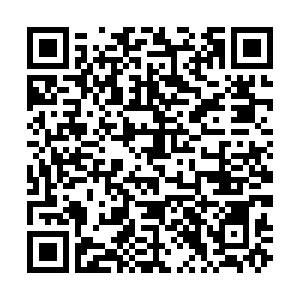 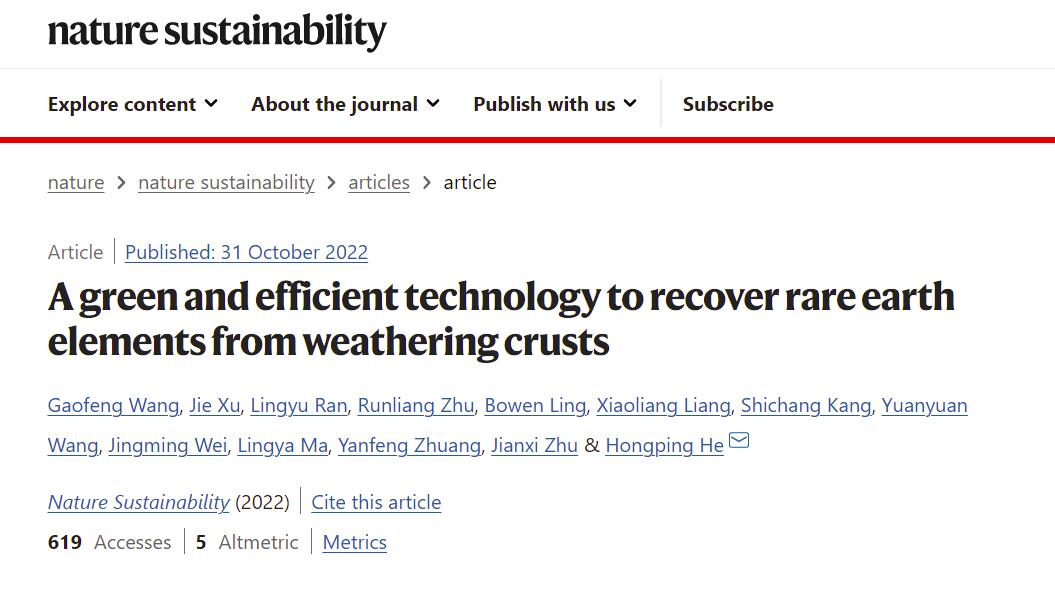 A screenshot of the paper published in Nature Sustainability on October 31, 2022.

A screenshot of the paper published in Nature Sustainability on October 31, 2022.

Mining rare earth has long been considered a dirty business, as it can lead to water and soil pollution, but a new technology developed by Chinese scientists may reverse the trend, offering a greener alternative for the industry.

Rare earth elements (REEs), especially heavy REEs, are an essential part of many high-tech devices, from the iPhone to the Tesla electric engine to LED lights. More than 90 percent of the global heavy REE demand is sourced from ion-adsorption deposits, which form within weathering crusts.

However, conventional mining applies excessive usage of chemical agents to recover REEs from these deposits, not only exhibiting low efficiency but also polluting the environment.

Researchers from the Chinese Academy of Sciences' Guangzhou Institute of Geochemistry proposed a new approach in the journal Nature Sustainability earlier this month, showing that employing electrokinetic mining techniques to extract REEs from weathering crusts can be both clean and economical.

In this approach, researchers generated an electric field by putting electrodes on the top and bottom of a volume of soil. Electrokinetic effects can accelerate the migration of REEs, reducing the need for harmful chemical agents.

To evaluate the feasibility of the new method, they carried out several experiments of different scales. Results suggested that the new method outperformed traditional mining techniques. For instance, the scaled-up experiments achieved a recovery efficiency of 96 percent within 67 hours by using electrokinetics, while that using the conventional technique was only 62 percent at 130 hours.

The difference between the impact of the old and the new approach was even more significant in an on-site field test: using electrokinetics can achieve a recovery efficiency higher than 90 percent, an 80 percent decrease in polluting agent usage and a 70 percent reduction in metallic impurities.

The study confirmed that this novel electrokinetic technology-enabled green, efficient and selective recovery of REEs. Researchers also noted that the new method has great potential for use in the mining of other critical metals under conditions in which the metals exist in ionic states.