Download
China and UAE collaboration for a shared future
CGTN 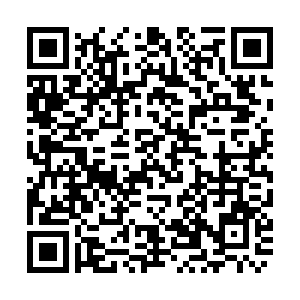 Editor's Note: What's behind the success of the China model? Ali Al Dhaheri, the UAE's Ambassador to China, explains from his own experiences that China-UAE cooperation, featuring mutual trust and a commitment to multilateralism and international collaboration, will contribute to world peace and global development. As world leaders meet at G20 Summit in Indonesia, China's wisdom and solutions to global governance once again grab the world attention. The commentary reflects the author's opinions and not necessarily those of CGTN.

On the occasion of the successful conclusion of the 20th National Congress of the Communist Party of China, I would like to extend my best wishes and sincere congratulations to the CPC and President Xi on his re-election as General Secretary of the CPC Central Committee.

The past ten years have been glorious for China. Under the guidance of the Communist Party of China, China has experienced phenomenal growth and reached a number of milestones on its way toward the eventual realization of socialist harmony and prosperity.

I had the privilege to take the opportunities to travel across this vast country, visiting most provinces from the tropical south to snowy northern reaches, from bustling megacities of the east coast to deserts in the west, to witness China remarkable achievements in raising its GDP per capita, literacy, health, average life expectancy, poverty alleviation, and long-range economic growth. When the People's Republic of China was founded, it was a largely agrarian, underdeveloped country. In subsequent decades, China transformed itself into an engine and powerhouse for global growth.

Today, China is in many ways leading the world in pioneering innovation across all sorts of industries. This success is unprecedented and inimitable. It is a testament to the astuteness of the Communist Party of China in guiding China through difficult times to reach the heights it is at now.

Poverty alleviation achieved during the Thirteenth Five-Year Plan is also a magnificent milestone attained under the guidance of the CPC. China's practice and experience of poverty alleviation is a model for other countries to emulate. My visit to Malipo county in Yunnan in 2021, surrounded by singing and dancing villagers showing the joy of happiness, left me deep understanding of the fruitful achievements of fighting poverty and common prosperity.

Currently, China is laying out an ambitious blueprint for future transformation with its Fourteenth Five-Year Plan. Eventually, China's peaceful rise is truly historic with positive repercussions throughout the world. This positive effect is especially impactful in the Middle East, as we witness burgeoning trade and investment from China.

In his political report, President Xi emphasized that China will focus on creating a new development pattern, centered on high-quality development, and eventually realize Chinese Modernization. On the road to this goal, he underscored the fundamental role of education, science and technology, and talent, regarding these factors as primary productive forces and drivers of growth.

These are core values that the UAE also holds dear. In its determination to become a world leader in innovation, the UAE has long prioritized originality, talent, and new technologies, adopting effective strategies and policies to instill a culture of innovation in our society and economy.

The ambitious joint projects that our nations have undertaken in healthcare, especially with the trials and manufacturing of new vaccines in the UAE, are a powerful example of the value of this approach. Like China, the UAE also prioritizes open markets and consistently works to play an active role in regional and global development.

With this view in mind, the UAE looks forward to working with China in promoting international exchange and trade. Since the establishment of our Comprehensive Strategic Partnership, the current accomplishments of our bilateral relationship have empowered our faith that the future of our cooperation will continue to bear fruit.

China is now our largest trading partner, and the UAE is China's largest non-oil trading partner in the Middle East and North Africa. Non-oil trade between the two nations increased about 79 percent from 2012 to 2021. Last year, non-oil trading value reached above $60 billion, and both nations have pledged to deepen economic and trade cooperation continuously with a goal of reaching $200 billion in bilateral trade by 2030.

As Comprehensive Strategic Partners, the UAE and China share similar development paths, concepts, and goals. Our partnership can therefore serve as a model or reference point for developing countries to explore successful paths to modernization.

Both nations benefit from our strong mutual trust, multilateralism, and international collaboration. Countries around the world should remain committed to a shared vision of commonality, comprehensiveness, and cooperation.

China is a permanent member state of the UN Security Council and an influential global economy and power. China has continuously made positive contributions to promoting global development and the maintenance of world peace.

As a responsible global citizen, the UAE strives to provide sustainable humanitarian assistance, underscoring its commitment to promoting regional and global peace and prosperity, by offering development, humanitarian, and charitable support worldwide.

Our two nations continue to uphold commitments and responsibilities under global cooperation frameworks such as the Paris Climate Agreement, the United Nations Framework Convention on Climate Change, the Convention on Biodiversity, and the Convention on Nuclear Safety.

The UAE and China have enjoyed nearly four decades of friendship and cooperation. The scope of this partnership has since grown to encompass cooperation in areas such as climate change, innovation and technology, food security, energy security, financial services, education, and international humanitarian assistance. There have also been more frequent cultural and people-to-people exchanges.

As the representatives of two major civilizations, the UAE and China have actively promoted peaceful coexistence with all countries in the world. The UAE is ready to further deepen the synergies of our bilateral development strategies and cooperation in various fields, take a long-term view, and contribute to regional and international peace and development.

As the UAE's ambassador to China, I am delighted to build the bridges and facilitate increased and comprehensive cooperation between our two countries.

Thank you very much!