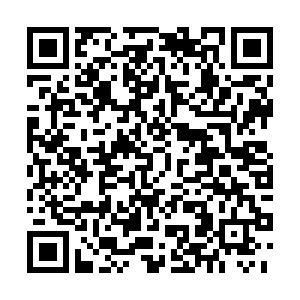 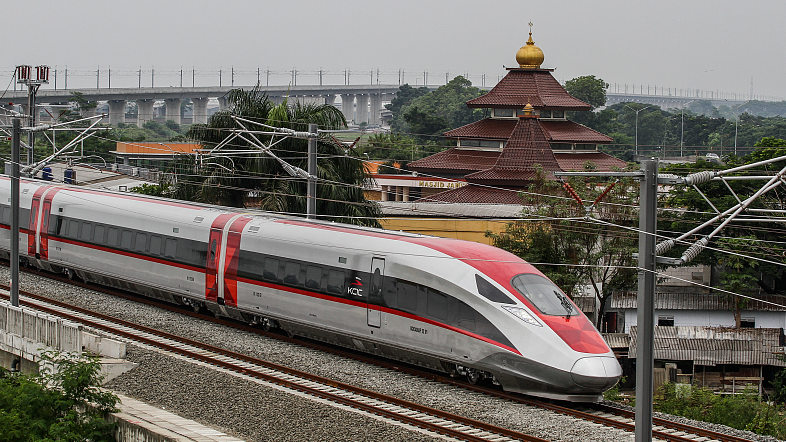 A high-speed train on the Jakarta-Bandung HSR is tested in Bandung, West Java, Indonesia, November 11, 2022. /CFP

A high-speed train on the Jakarta-Bandung HSR is tested in Bandung, West Java, Indonesia, November 11, 2022. /CFP

Indonesia's Jakarta-Bandung High-Speed Railway (HSR), jointly constructed by China and Indonesia, is expected to start trial run during the G20 Summit in the Southeast Asian country.

With a total length of 142 kilometers and a maximum speed of 350 kilometers per hour, the Jakarta-Bandung HSR connects the capital Jakarta and its fourth largest city of Bandung. The railway will cut the travel time between the cities from three hours to just 40 minutes. The line not only increases efficiency, but is also set to drive local economy.

Started in 2015, the Jakarta-Bandung HSR becomes the very first high-speed railway in Indonesia as well as in Southeast Asia.

The project is also a landmark achievement under the Belt and Road Initiative, signaling pragmatic cooperation between China and Indonesia. The Jakarta-Bandung HSR is the first high-speed railway project launched overseas that fully uses Chinese technology, standards and equipment.

China has come up with an array of innovations to tackle the construction and environment challenges for the project in Indonesia as the geographic condition can be quite different.

The train has been adapted to the local operating environment in Indonesia where the railway travels through low-altitude areas with high temperature and humidity all year round. The high-standard corrosion-resistant design and advanced protection technology keep the train more resistant to salt spray and ultraviolet radiation.

It can also initiate a safe start on a slope of 30 degrees as China's technology can regenerate energy from the braking system. "We set up a 'high acceleration mode' to boost traction for the train when it's on a slope," said Zhang Fangtao, chief designer of the Jakarta-Bandung HSR.

It also adopts intelligent sensing technology as well as earthquake monitoring and warning systems for potential emergencies. All key systems can monitor and operate in real time.

China's self-developed technologies during the construction of the railway has contributed to not only the Indonesian railway construction but also the global high-speed train technology.

One project and more

The railway progress has paced up this year as the project is closing to the completion.

In August, the China-made trains for the railway rolled off the assembly line in Qingdao, east China's Shandong Province. In September 1, the trains arrived in Indonesia. It marks the first time that China-made high-speed trains were exported to another country. In the following month, the railway's box girder installation was completed.

Early this month, the railway was ready for a partial operation from the Tegalluar Station to the Casting Yard No. 4, a 14 kilometer-long track. The grand project is expected to be completed in June 2023, Xinhua News Agency reported.

The Jakarta-Bandung HSR is one of the examples that show how China-made technology can benefit people around the world as local governments step up collaboration with Chinese companies.

Prior to the Indonesian project, Chinese railway technology has already helped to link another southeastern country with a regional economic hub in China. The China-Laos Railway linking southwest city of Kunming in China with Vientiane, the capital of Laos, has been put into operation since last December. The project demonstrates China's efforts in helping accelerate the local economic development in Southeast Asia.