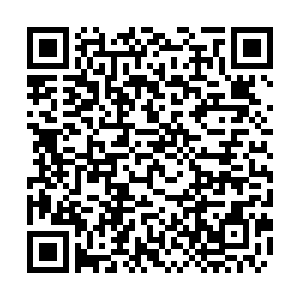 China and Italy on Monday agreed to boost cooperation on trade, technology and other fields as Chinese State Councilor and Foreign Minister Wang Yi spoke with Antonio Tajani, Italy's deputy prime minister as well as foreign minister, over the phone.

The phone conversation between the two ministers came days after leaders of the two countries met on the sidelines of the G20 Summit in Bali, Indonesia.

The Chinese side is ready to work with Italy to implement the consensus reached by the leaders and advance China-Italy comprehensive strategic partnership, said Wang.

He added that China is willing to maintain the momentum of high-level contacts with the Italian side, convene the joint meeting of the China-Italy government committee as soon as possible, and strengthen cooperation in the fields of economy, trade, finance, and science and technology.

Tajani, for his part, hailed the fruitful outcome of the leaders' meeting.

Describing China as "a global power" and an important partner of Italy, Tajani said the Italian side is ready to work with the Chinese side to implement the consensus of the two leaders, strengthen dialogue, and expand cooperation in economy, trade, science and technology, energy, third-party market and other fields to further the development of Italian-Chinese relations.

Wang noted that both China and Italy are ancient civilizations, enabling them to treat each other with more rationality and tolerance.

The Chinese foreign minister said he believed that both sides can uphold the spirit of mutual respect to promote mutual trust and consolidate the political foundation of their relations.

Wang welcomed Italian companies to invest in China and urged the Italian side to continue to provide a fair, transparent and non-discriminatory environment for Chinese business in Italy.

China will also increase flights between the two countries to help facilitate exchanges between the peoples, he added.

On China-Europe relations, Wang said the Chinese side hopes that Italy can continue to play an active and constructive role in the exchanges between China and Europe.

China always regards the European Union as a comprehensive strategic partner, supports the EU's strategic autonomy, and wants to see a stable and prosperous Europe, he said.

China's policy towards Europe remains stable and consistent, regardless of changes in the international situation, said Wang.

Wang said the Chinese side welcomes more visitors from different walks of life of Europe to come to China to see the true China, its development and progress.

Tajani voiced the hope that Europe and China will maintain dialogue and deepen cooperation in tourism and other fields in the post-COVID-19 period.