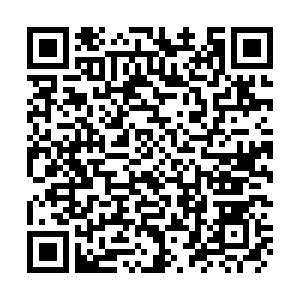 Chinese Vice President Wang Qishan called for China and Brazil to expand cooperation in various fields, as both countries have ushered in a new journey.

Wang, also Chinese President Xi Jinping's Special Representative to Brazil for the presidential inauguration of Luiz Inacio Lula da Silva, made the remarks when meeting with Lula during his visit to Brazil from December 31, 2022, to January 2, 2023.

Noting both sides have completed important events on their political agenda, as Xi Jinping was elected general secretary of the Communist Party of China (CPC) Central Committee and Brazil finished its government change, Wang said the governments and the people of the two countries should continue to strengthen their solidarity and cooperation, creating a better future for bilateral relations.

During the meeting, Wang made four suggestions for developing China-Brazil relations in the next stage.

First, he said, China and Brazil should enhance top-down planning on bilateral ties and actively advance exchanges in various fields, including diplomacy, justice and military.

Second, he urged the two sides to consolidate and expand economic and trade cooperation, especially cooperation in technological innovation and emerging industries such as the digital economy and green economy.

Fourth, he said China is willing to strengthen communication with the Brazilian side on holding the Forum of China and the Community of Latin American and Caribbean States and deepening its relations with countries of the Southern Common Market (Mercosur), the Union of South American Nations and other regional organizations in Latin America.

For his part, Lula said the Brazilian side attaches great importance to relations with China and is willing to strengthen strategic and long-term cooperation.

He added that his party, the Workers' Party, is also ready to intensify exchanges with the CPC.

Noting China and Brazil are countries with great influence, he said both sides should play an active role in promoting the common progress of developing countries.

He said he looked forward to leading a delegation to China to further deepen practical cooperation in various fields, enhance friendship between the two peoples, and promote bilateral relations to a new level.