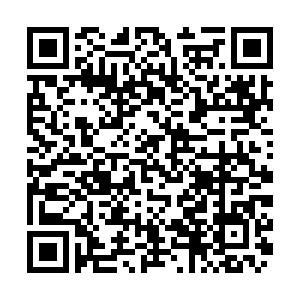 Editor's Note: To build a modern socialist country in all respects, China pursues high-quality development, which is the Party's top priority in governing and rejuvenating the nation, according to the report to the 20th CPC National Congress. And more efforts will be made in the new year. Why does China shift to a quality-centered strategy? What are the key aspects of this new development philosophy? Two Chinese political scholars, Chen Li, former director of the Academic and Editorial Committee at Institute of Party History and Literature of the CPC Central Committee, and Sheng Mingfu, executive president of China Association of Policy Science, share their in-depth views. The opinions expressed in the video are their own and not necessarily those of CGTN.

CGTN: How to understand high-quality development?

Chen Li: It features a shift from focusing on accessibility in the past to an emphasize on quality. Development today cannot simply consider the size of the economy or the speed of growth, as we did in the past, but it requires to give more weight to economic structure and the way of economic growth.

We take innovation as our primary driver of growth. We cannot simply rely on investment (on real estate) to drive development, as huge investment will trigger many problems.

Sheng Mingfu: The so-called high-quality development is to shift from seeking speed to quality. In plain words, it is to raise productivity for all and balance input and output.

We cannot always stay at the low end of the industrial chain, but rather to move from the low-to-mid end up to the high end. China's exports should never be like the past when profits of hundreds of millions of socks less than that of one Boeing aircraft.

It is to integrate the strategies of expanding domestic demand with deepening supply-side structural reforms. It is, in fact, to boost the dynamism of the domestic economy while engaging at a higher level in the global economy.

CGTN: What are the key aspects of high-quality development?