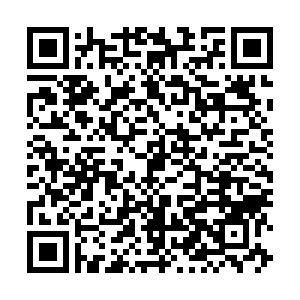 Editor's note: Fiona Edwards is a member of the Organizing Committee of the No Cold War campaign. With China's restrictions on international flights lifted starting from January 8, is it reasonable for some countries to impose restrictions on the entry of travelers from China for political purposes? To which we derive "The recovery of outbound tourism" series and this is the sixth piece. The article reflects the author's opinions and not necessarily the views of CGTN.

The U.S. is once again using the COVID-19 pandemic to whip up international hostility towards China, instead of approaching it as a common threat to humanity. This approach has dangerous consequences.

On January 5, the Joe Biden administration introduced a discriminatory policy, which singles out travelers from China, requiring them to present a negative COVID-19 test before entering the U.S.

This move has been criticized as politically motivated, since it is not based on science. An inevitable consequence is that it could inflame racism and anti-Asian hate crimes in the West.

Several countries have followed the U.S. including the UK, India, Canada and Australia. The EU also urged its member states to introduce selective testing.

Posed as a measure to protect public health, this policy to selectively test travelers from China is part of a propaganda campaign by the mainstream Western media in recent weeks that portrays China as a unique threat to public health worldwide.

There is no scientific basis for requiring travelers from China to provide a negative COVID test while allowing people from other countries that have high COVID-19 infection rates, and where new COVID strains have already been shown to exist, to travel without testing. The policy has nothing to do with suppressing the virus but to demonize China and advance a cold war political agenda.

The political character of the policy was highlighted by the intervention of the UK's Chief Medical Officer Chris Whitty who told UK government ministers that there was no evidence of benefits from testing travelers from China. But the UK government ignored it.

One aim of the U.S. campaign to depict China as an exceptional threat to the world in the spread of COVID-19 is to distract attention from the mounting problems within Western societies, including the on-going failure of Western governments to protect their populations through the COVID-19 pandemic.

The official narrative from the U.S. and other countries to justify its discriminatory attack on travelers from China is that it is a precautionary measure, which it is alleged could spawn a new variant.

Yet, the latest and most transmissible Omicron sub-variant, XBB.1.5., is spreading rapidly in the U.S. According to the U.S. Center for Disease Control and Prevention, this new variant had caused almost 28 percent of new COVID-19 cases nationwide as of January 6, up from just 4 percent of cases at the beginning of December.

But following the rise of this new COVID-19 variant, the U.S. government is not taking any new steps to stop the spread of the virus domestically, such as mandates to wear masks on public transport, and instead continues to allow the virus to spread. Visitors from the U.S. can travel freely.

European governments that have introduced restrictions on visitors from China have not introduced similar requirements for testing on travelers from the U.S.

So while the U.S. and its allies have introduced an anti-China policy to deal with hypothetical variants emerging in China nothing is being done to tackle the real new variant, which is spreading rapidly in the U.S.

The policy will, by design, increase xenophobia, Sinophobia and racist hate crimes in the U.S. and Europe.

Significant damage has been caused by U.S. politicians spreading anti-China myths since the start of the pandemic. Accordingly, racist hate crimes soared in the West. According to Stop AAPI, between March 2020 and June 2021 there were 9,081 incidents of anti-Asian harassment, shunning and physical assault within the U.S.

The COVID-19 pandemic is a serious threat to public health worldwide. Instead of introducing discriminatory measures aimed at demonizing China internationally, in pursuit of the U.S. narrow, divisive and dangerous cold war political goals, governments around the world should pursue science-based policies, seeking global cooperation to tackle COVID-19.