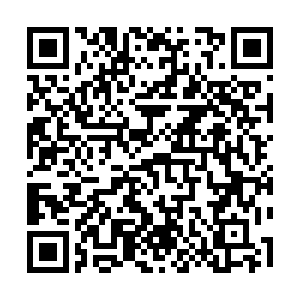 Xi Jinping was elected deputy to the 14th National People's Congress (NPC) by a unanimous vote at the first session of the 14th regional people's congress of Jiangsu Province on Thursday.

Xi was nominated by the Central Committee of the Communist Party of China (CPC) as a candidate for deputy to the 14th NPC, which was put to a vote at the regional congress.

The announcement of Xi's unanimous election won thunderous applause at the session.

Xi was among the 144 deputies elected to the new NPC at the regional congress.

The unanimous vote for Xi by more than 800 deputies to the regional people's congress represents the heartfelt aspiration of more than 85 million residents in Jiangsu Province, according to the deputies.

The NPC is China's top legislature. The 14th NPC will open its first annual session in Beijing on March 5.

During an inspection tour in Jiangsu Province in December 2014, Xi proposed the term "full and rigorous Party self-governance" for the first time, bringing it to an unprecedented level of importance.

Some deputies said Xi's election in the province on Thursday was the vivid practice of unswervingly advancing the full and rigorous Party self-governance, strengthening and regulating intraparty political activities in the new situation and developing whole-process people's democracy.

"The relations between cadres and the masses have been closer, and the authority of Party organizations has been placed in a higher position," said Zhou Zhongyang, Party secretary of a village in the province. "The Party has led us to achieve poverty elimination and rural vitalization. Our days are getting more and more prosperous."

Jiangsu Province, in the lower reaches of the Yangtze River, is one important part of the Yangtze River Economic Belt initiative, which China started in early 2016 with the aim to turn the region into a golden economic belt featuring a more beautiful ecology, smoother transport, a more coordinated economy, a better-integrated market, and more scientific mechanisms.

Xi's election in the province also showed the CPC Central Committee's commitment to advancing the Yangtze River Economic Belt and the integration of the Yangtze River Delta, continuing reform and opening up without stopping, and prioritizing the creation of a new development pattern and pursing high-quality development, according to other deputies.

"I am excited to hear that the General Secretary was elected unanimously," said Liu Lei, a technician with a company in Xuzhou, a city of Jiangsu Province.

During a two-day inspection tour in the city in December 2017, Xi called for more innovation in the equipment manufacturing sector to accelerate China's drive toward becoming a manufacturing powerhouse and bolster the real economy.

Recalling Xi's visit following the 19th National Congress of the CPC, Liu said they will work hard on innovation in order to make more technological breakthroughs and contribute to China's manufacturing sector.

Xi has also always attached great importance to the building of a cultural belt of the Grand Canal, which stretches from Beijing to Hangzhou, capital of east China's Zhejiang Province. Jiangsu Province's Yangzhou City is one of its sections.

Li Zhengcheng, also deputy to the 14th regional people's congress of Jiangsu Province, said they will do more to carry forward the cultural heritage and protect the water so as to make the Grand Canal clean, green and vibrant.