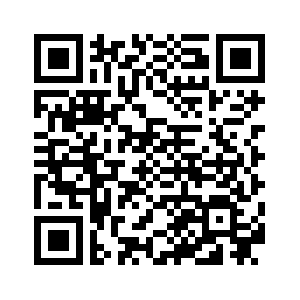 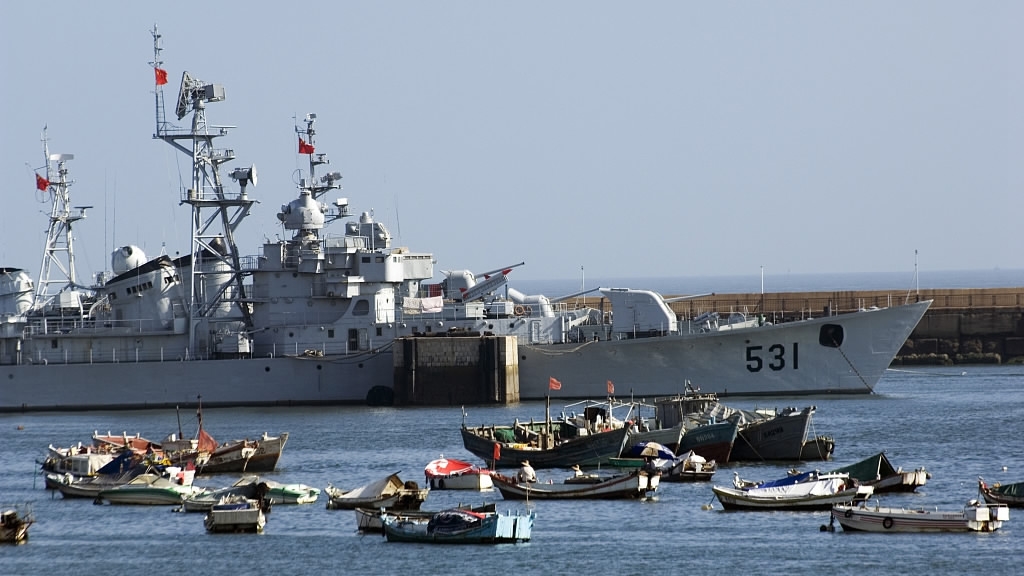 China on Tuesday rejected speculation from the international media that it is building a military base in Pakistan against a backdrop of Islamabad’s worsening ties with the US.
Beijing also asserted that its troops continue to patrol the Donglang area after an Indian army chief reportedly claimed a major reduction of Chinese troops in the region.
“I am not aware of the situation you mentioned,” Foreign Ministry Spokesperson Lu Kang said at a press conference on Tuesday when asked to comment on media reports last week that claimed China is building an offshore naval base near the strategically important Gwadar port in Pakistan.
China opened its first overseas military base in Djibouti, in the Horn of Africa, last August. 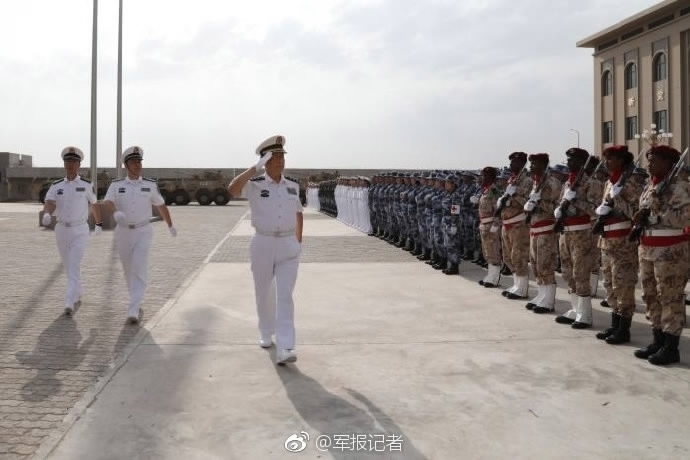 "Speculations rife over offshore base"

The Hong Kong-based South China Morning Post (SCMP), in a report last Friday, cited Beijing-based military analyst Zhou Chenming as claiming the base near the Gwadar port on the Arabian Sea would be used to dock and maintain naval vessels, as well as provide other logistical support services.
“China needs to set up another base in Gwadar for its warships because Gwadar is now a civilian port,” Zhou said.
The SCMP report also quoted a source close to the People’s Liberation Army, who confirmed that the navy would set up a base near Gwadar similar to the one already up and running in Djibouti.
“Gwadar port can’t provide specific services for warships... Public order there is in a mess. It is not a good place to carry out military logistical support,” the source said.
Earlier last Wednesday, the Washington Times reported that the Chinese facility will be built at Jiwani, a port close to the Iranian border on the Gulf of Oman.
“Plans call for the Jiwani base to be a joint naval and air facility for Chinese forces, located a short distance up the coast from the Chinese-built commercial port facility at Gwadar, Pakistan. Both Gwadar and Jiwani are part of Pakistan’s western Baluchistan province,” the report said. 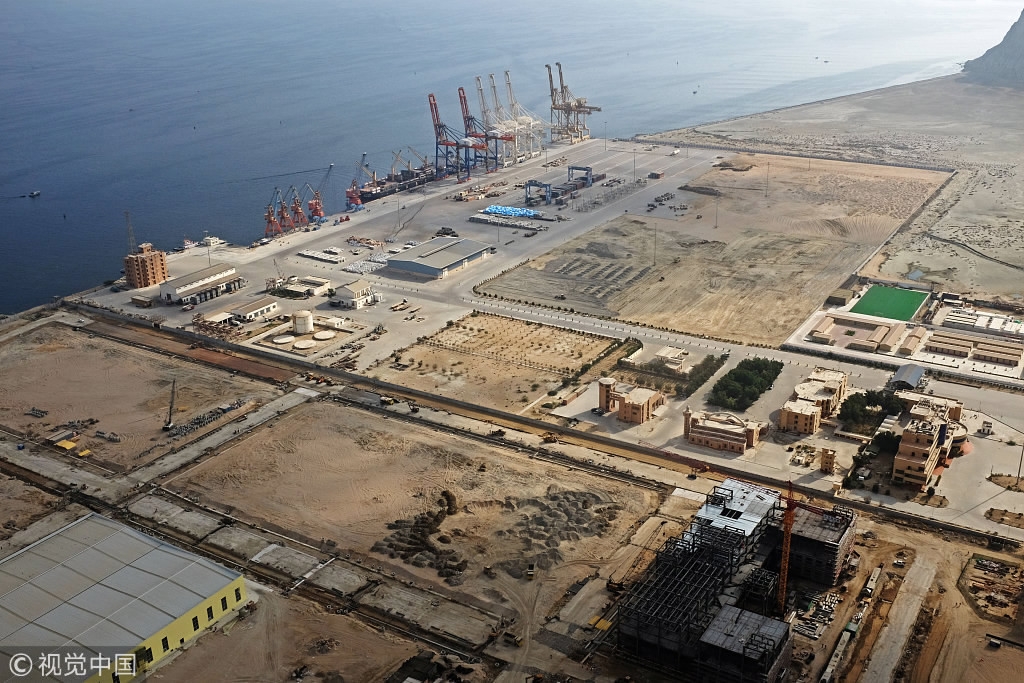 A general view of Gwadar port in Gwadar, Pakistan, on October 4, 2017. /VCG Photo

A general view of Gwadar port in Gwadar, Pakistan, on October 4, 2017. /VCG Photo

Similar claims were also made by retired US Army Reserve colonel Lawrence Sellin who, in a piece that was published on the Washington-based website The Daily Caller on January 1, wrote: “In the last two weeks, meetings held between high-ranking Chinese and Pakistani military officers indicate that a new Chinese military facility will be built on the Jiwani peninsula between Gwadar and the Iranian border.”
“The plan is said to include a naval base and an expansion of the already-existing airport on the peninsula, both requiring the establishment of a security zone and the forced relocation of long-time Balochi residents,” he elaborated.
The Global Times, meanwhile, reported that military cooperation between China and Pakistan could hugely improve in response to the US's strategic shift towards India, which shares a bumpy equation with both Pakistan and China. 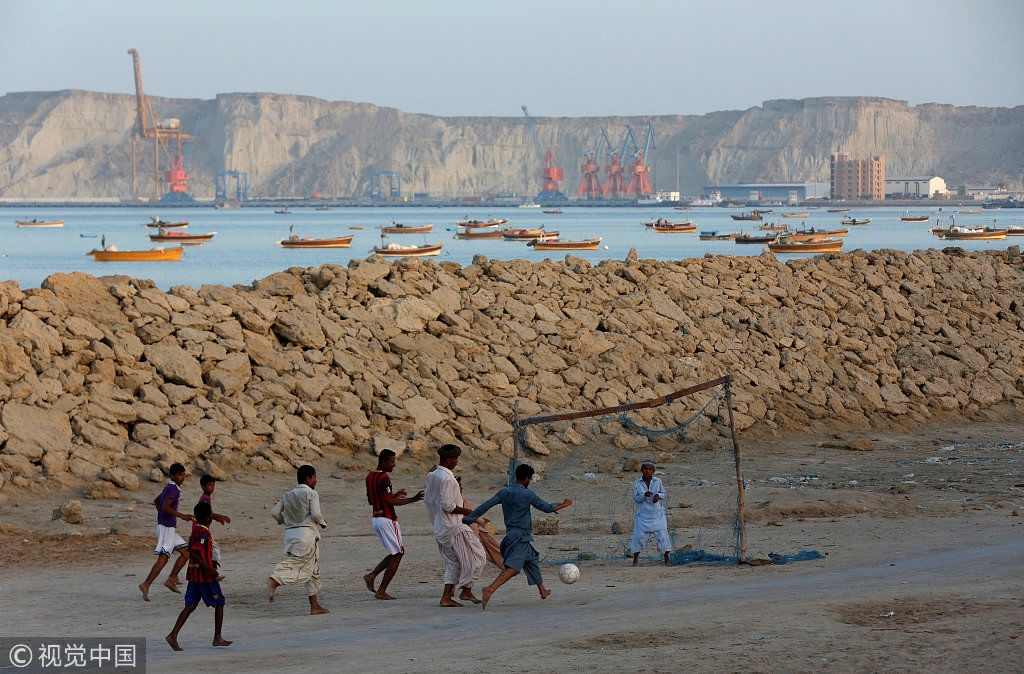 Residents play with a soccer ball near a makeshift wooden goal post, against the backdrop of Gwadar port in Gwadar, Pakistan, on April 10, 2017. /VCG Photo

Residents play with a soccer ball near a makeshift wooden goal post, against the backdrop of Gwadar port in Gwadar, Pakistan, on April 10, 2017. /VCG Photo

However reports of the Chinese naval base may still be far from the reality, Lin Minwang, a professor at Fudan University's Center for South Asian Studies, told the Global Times.
"Both Beijing and Islamabad have the ability to build a joint naval and air facility in Pakistan, but it is unnecessary at this time,” Lin said, while stressing that it may serve as “a backup plan for the Indo-Pacific strategy of the US and its allies”.
Acknowledging the strategic significance of the supposed plan, Sellin stressed that a Chinese military base in Jiwani would control the vital sea lanes in the Arabian Sea at the mouth of the Persian Gulf and provide another link in a string of potential military facilities from the South China Sea to Africa, outflanking both India and the US naval base in Diego Garcia.
Lin felt that if the US and its allies push their Indo-Pacific strategy to the extreme, China will surely carry out a plan with Pakistan to ensure the security of sea routes. 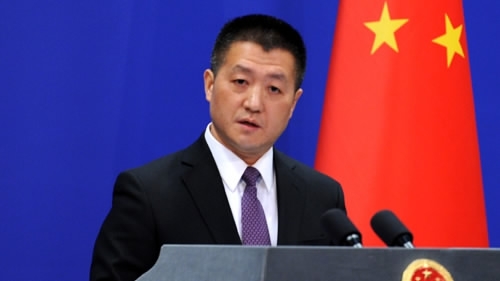 Also on Tuesday, China reiterated its sovereignty in the Donglang region in response to recent claims by an Indian army chief that there had been a significant reduction of Chinese troops in the area that witnessed a 73-day military standoff between the Asian neighbors last year.
“The Donglang area has all along been part of China and under China's continuous and effective jurisdiction. There is no dispute in this regard,” Lu asserted, adding: “The Chinese border troops' patrolling and stationing in the Donglang area is exercising sovereignty rights in accordance with the stipulations of historical conventions and upholding territorial sovereignty.”
Indian army chief General Bipin Rawat had on Monday remarked that “there has been a very major reduction [of troops] from the Chinese side [in the Donglang region],” while also claiming that another recent incident involving Chinese road building teams in the border has been “sorted out.” 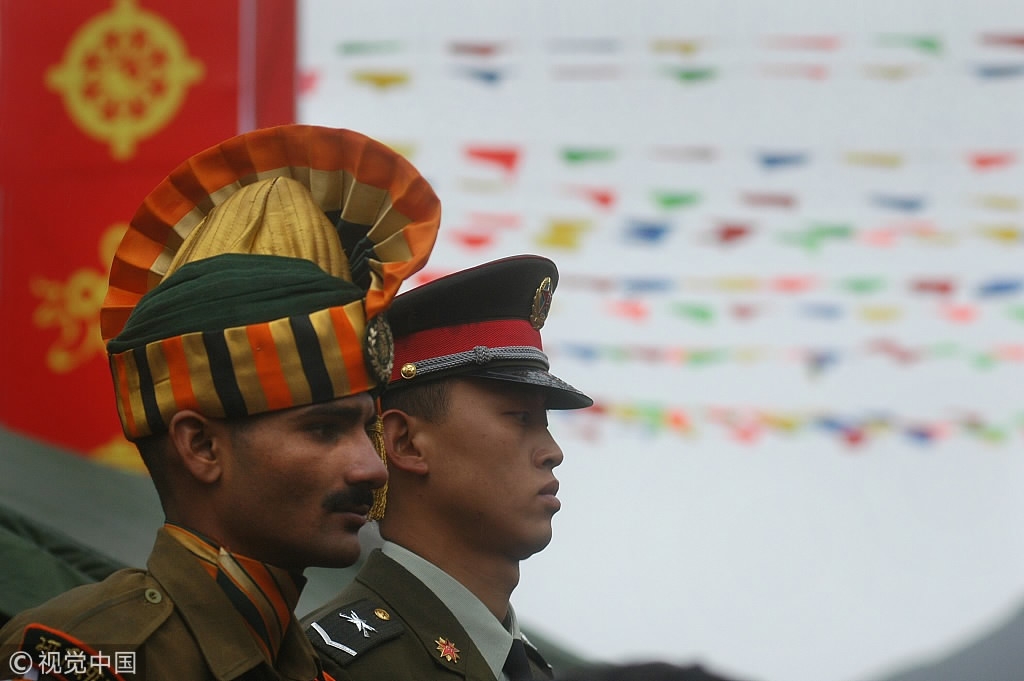 An Indian soldier (left) stands guard with his Chinese counterpart at the border near the Natu La Pass, that connects the Indian state of Sikkim with China's Tibet Autonomous Region.. /VCG Photo

An Indian soldier (left) stands guard with his Chinese counterpart at the border near the Natu La Pass, that connects the Indian state of Sikkim with China's Tibet Autonomous Region.. /VCG Photo

“Tuting issue has been resolved. A border personnel meeting was held two days back,” Rawat said referring to the reported incident in the Tuting area of what India claims as its northeastern state of Arunachal Pradesh.
China had last week dismissed Indian media reports that claimed Chinese road building teams were forced to turn back by Indian troops after they had entered the Tuting area.
While asserting that China has never recognized the “so-called state of Arunachal Pradesh,” China’s Foreign Ministry Spokesperson Geng Shuang last Wednesday said that “the two sides can handle various border affairs through the relevant mechanism.”
[Top photo: A Chinese naval vessel in Qingdao City, Shandong Province, China. /VCG Photo]
1km