One-on-one with Jackie Chan: The evolution of a kung fu icon
By Li Jingjing 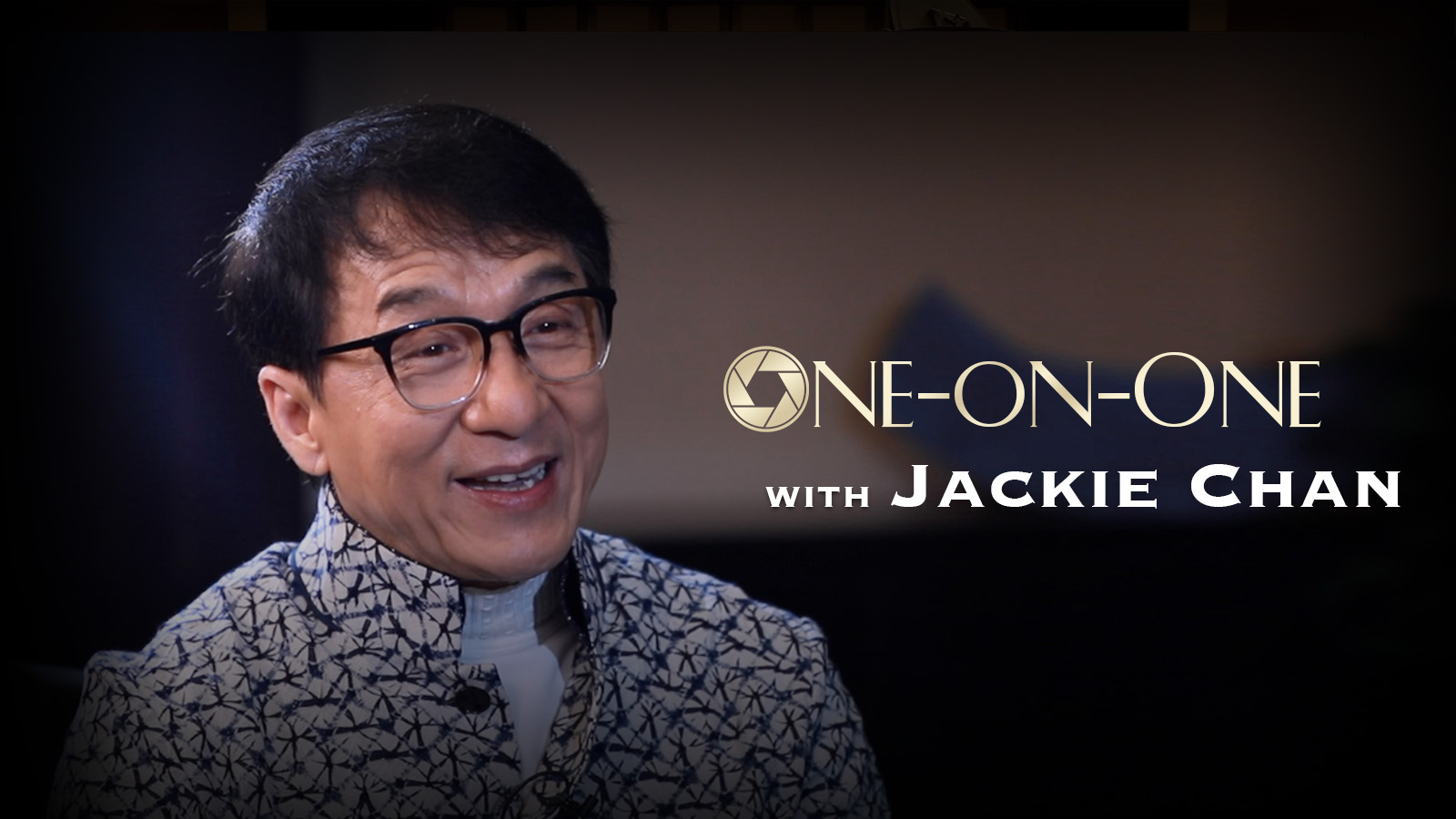 More than 50 years ago, Jackie Chan was just an ordinary stuntman occasionally appearing on film sets. But now he is a global megastar, winning the hearts of moviegoers from around the world.
He's not only known for the hundreds of incredible films he's starred in, but also for performing dangerous stunts without using a body double.
However, along with the numerous accolades and honors that he has received for his remarkable work, the myriad of bruises and scars all over his body tell the untold story of his struggles and sacrifices.
But now, he's a changed man. He hopes young action stars do not follow in his footsteps.
In an exclusive interview with CGTN, the action legend opened up about his inner change, and what he is trying to do for aspiring actors. 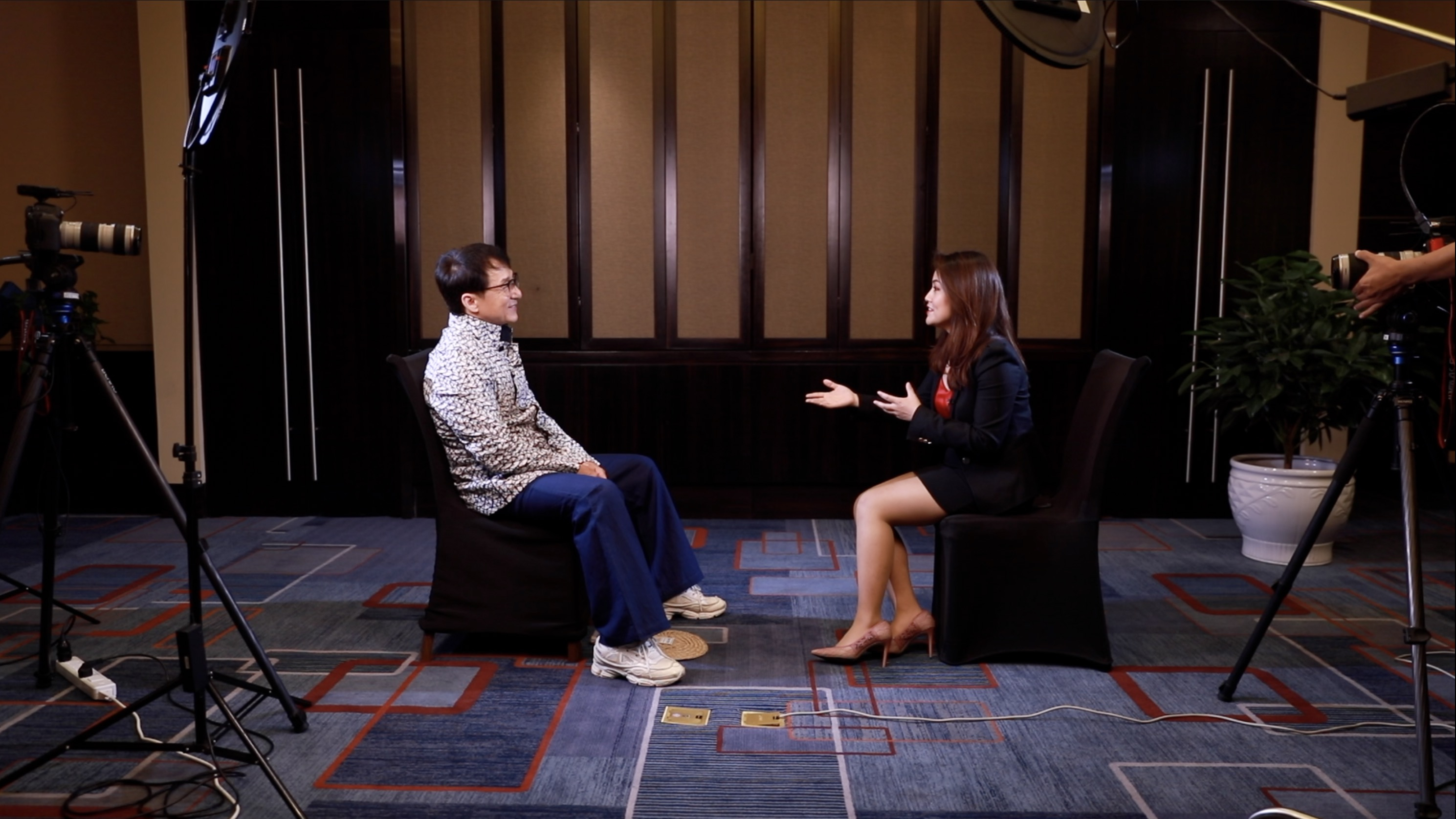 Jackie Chan talks during an interview with CGTN in Beijing, June 2, 2019. /CGTN Photo

Jackie Chan talks during an interview with CGTN in Beijing, June 2, 2019. /CGTN Photo

Filmmakers who worked with Chan were impressed by his ability to finish difficult stunts, without any protection, within minutes.
Chan was proud of that, so much so that when he first went to Hollywood and saw the incredible amount of time and effort film crews spent on setting up protection before a stunt, he laughed at them. Although he was more than capable of these nailing incredible scenes, Chan sustained severe injuries more than 17 times in his career due to performing dangerous stunts without protection.
He broke his eye socket and lacerated his eye in "Drunken Master" in 1978.
He broke two vertebrae and dislocated his pelvis in "Police Story" in 1985.
He fractured his skull in "Amour of God" in 1991.
He dislocated his cheekbone in "Police Story 3" in 1992.
He broke his ankle in "Rumble in the Bronx" in 1994 and in "Thunderbolt" in 1995.
……
The list could go on and on.
"I was such a reckless youngblood back then," Chan said. “I'm lucky that I'm still alive.” 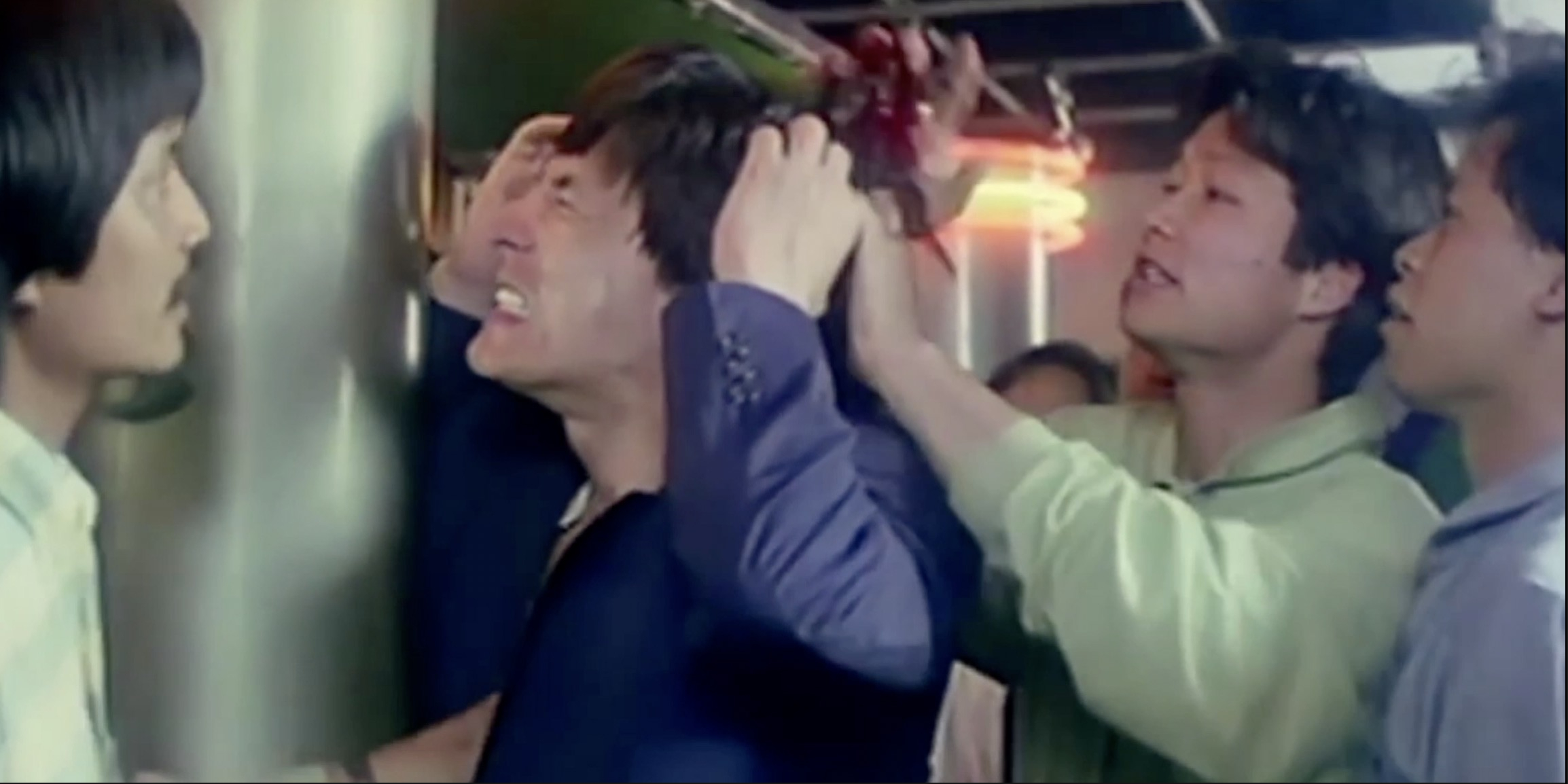 Jackie Chan's head was severely wounded and bleeding during a film shooting. /Courtesy of CCTV 6

Jackie Chan's head was severely wounded and bleeding during a film shooting. /Courtesy of CCTV 6

Looking back, he sees the importance of safety for stuntmen in Hollywood.
However, it wasn't just his courage and recklessness that led to ‍multiple injuries. China's movie industry did not provide the attention and protection that stunt doubles and action stars needed to keep them out of harm's way.
To make sure no more action actors have to follow his painful path, Chan spent years calling upon the movie industry to pay more attention to those overlooked heroes.
This upcoming July will see the fifth Jackie Chan International Action Film Week in Datong, Shanxi Province, China. Organizations and action film stars from different countries will join forums to discuss solutions to better protect actors.

An actor that can fight

During his 50-year career in the movie industry, Chan continuously challenged himself by acting in different genres.
Some roles received mixed reviews, such as his tenacious role in "The Foreigner" in 2017, which came as a pleasant surprise for many of his fans.
"I want to be an actor that can fight, not an action star that can act," Chan said, describing his film goals.
Although he's already a legend in the industry, Chan never stops seeking new breakthroughs, whether it's trying new roles, new film genres or promoting young action stars.
Most people wouldn't return to a career that repeatedly puts their life in danger. But Chan, who has constantly put his body on the line, has never stopped coming back for more.
When asked why he keeps returning to a career that has left him riddled with injuries, Chan was lost for words.
"Sometimes I ask myself, 'Why?'" Chan said. "When you choose that as your job, that's your life. I'm getting married with movies.”
Reporter: Li Jingjing
Filmed by: Qi Jianqiang, Zhang Wanbao and Huang Yichang
Video Editor: Li Jingjing and Zhang Wanbao
Article Writer: Li Jingjing
Cover Image Desinger: Li Jingjie
Copy Editor: Matthew Arrington Watson
Chief Editor: Xu Jian
Producer: Wen Yaru
Supervisor: Pang Xinhua