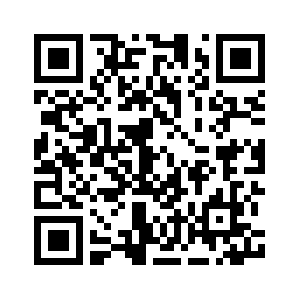 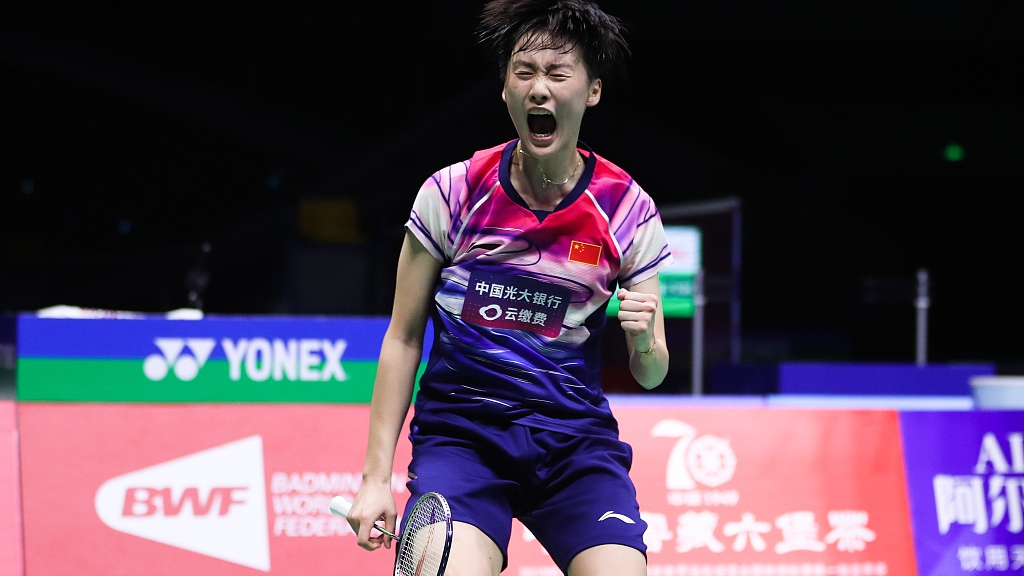 The disillusionment was palpable as China lost a match for the first time during the 2019 Sudirman Cup. That may not matter much in the grand scheme of things given that the 10-time champions still manage to edge out Denmark 3-1 in Nanning late Thursday night, booking a semi-final meeting with Thailand, who stunned defending champions South Korea by the same margin.
However, at the end of the day, there can be no doubt China's coaching staff might have ultimately regretted picking Chen Long over Chinese top gun Shi Yuqi, the risk-taking that accompanied their choice of personnel and the undeniable sense of a juggernaut making life unnecessarily difficult for themselves.
At least one thing was cleared up as world No. 5 and Rio Olympic champion Chen fell to a surprise 2-0 defeat at the hands of Viktor Axelsen in men's singles: China read too much into the head to head statistics and don't quite have the grip on the Mandarin-speaking Axelsen that they could have. 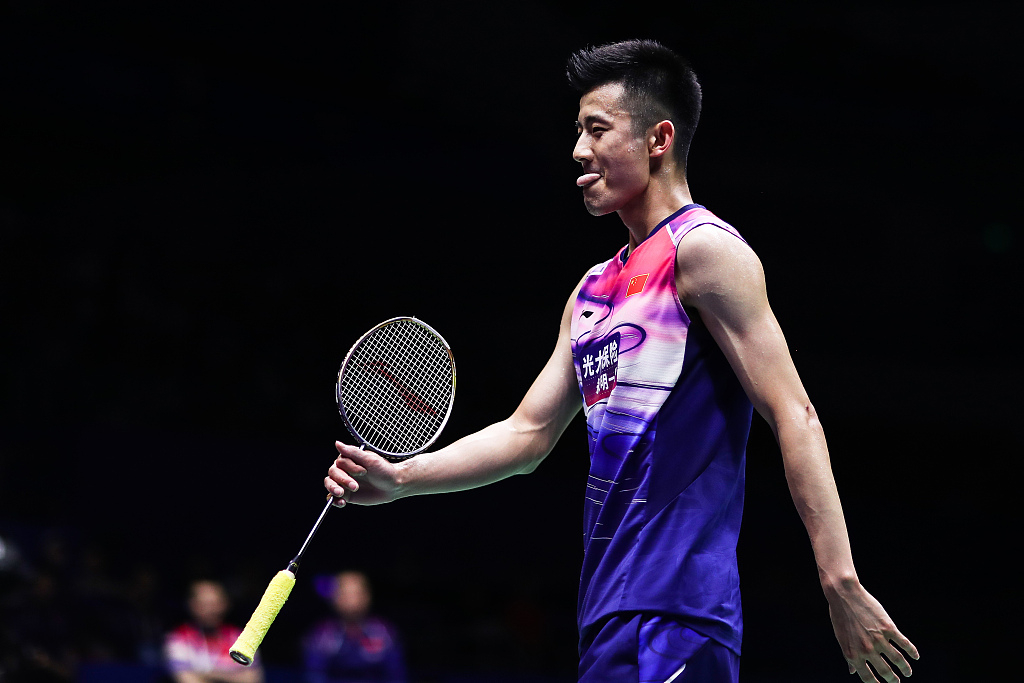 Chen Long has struggled to keep pace with Viktor Axelsen during their men's singles quarterfinal match at the Sudirman Cup in Nanning, May 23, 2019. /VCG Photo

Chen Long has struggled to keep pace with Viktor Axelsen during their men's singles quarterfinal match at the Sudirman Cup in Nanning, May 23, 2019. /VCG Photo

The omission of world No 2 Shi, left fidgeting on the sidelines for the second matchday in succession, had added an unexpected twist to this crucial tie and obviously raised some eyebrows. Chen explained that his impressive record against Axelsen has played a vital role in the coach's decision to stick with him. The boyish Dane has just three wins in his last 15 encounters with the battle-hardened Chen, who overcame first-night jitters to outsmart India's Sameer Verma 2-0 on Wednesday.
Yet it was soon clear that China's gamble backfired against a resolute Axelsen as the reigning European champion came out firing on all cylinder intently. The 25-year-old took the match by the scruff of the neck in the opening set, quickly establishing a 9-4 cushion.
"There was a lot of transitions from defense to attack and I have struggled to keep pace with him [Axelsen], " said Chen, whose stunning lack of urgency made him scratch his head. "Axelsen obviously performed better than me and he is more patient and composed."
As the match wore on, an out-of-sorts Chen finally salvaged some pride in front of raucously cheering supporters at the Guangxi Sports Center Gymnasium and cut the lead 11-9 at the mid-game break. The tie looked equally poised but Axelsen came back strong to take the first set 21-11 with a sequence of ten points at the end. 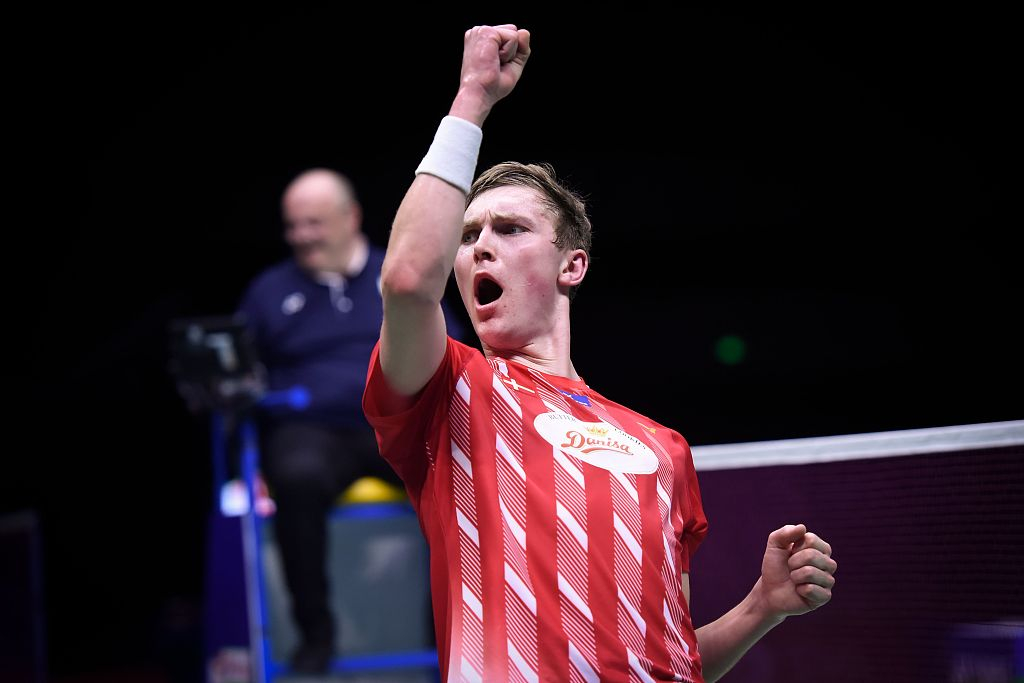 Viktor Axelsen celebrates his victory against Chen Long during their men's singles quarterfinal match at the Sudirman Cup in Nanning,  May 23, 2019. /VCG Photo

Viktor Axelsen celebrates his victory against Chen Long during their men's singles quarterfinal match at the Sudirman Cup in Nanning,  May 23, 2019. /VCG Photo

This was breathless badminton played to a deafening din. And the second set took a different route as the lead see-sawed back and forth, with Axelsen having a slender 19-18 advantage in the final stretch. Following some lightning-fast exchanges, the Dane snuffed out Chen's threat before eventually prevailing 21-18 in an enthralling men's singles battle.
As an emotional Axelsen clenched his fists in celebration, even the normally partisan home crowd jumped to their feet to applaud him – a testament to his sublime performance of dazzling audacity.
Chen, by contrast, cut a more frustrated figure on the court. He ended up feeling relieved as his defeat didn't carry more serious consequences.
Early on, world No.1 mixed doubles pair Zheng Siwei and Huang Yaqiong rallied from one set down to come out convincing winners over Mathias Christiansen and Sara Thygesen 19-21, 21-11, 21-13. Though Axelsen's win leveled things up at 1-1, world No. 3 duo Li Junhui and Liu Yuchen allayed any fears with a sterling 21-18, 21-16 drubbing of Kim Astrup and Anders Rasmussen in men's doubles. World No.1 pair Zheng Siwei and Huang Yaqiong stage a comeback during their mixed doubles quarterfinal match at the Sudirman Cup in Nanning, May 23, 2019. /VCG Photo

World No.1 pair Zheng Siwei and Huang Yaqiong stage a comeback during their mixed doubles quarterfinal match at the Sudirman Cup in Nanning, May 23, 2019. /VCG Photo

The honor was left to the ever-reliable Chen Yufei to seal the victory and the All England champion duly delivered in straight games, despite a late surge by Mia Blichfeldt to try to force a decider. The 21-year-old Chinese youngster triumphed 21-16, 21-17 to make sure China escape a massive upset.
Would China have played better with Shi Yuqi in the lineup? Nobody can say with absolute certainty that the hosts would have won this quarter-final tie against Denmark more handsomely if they had put out their highest-ranked star but, equally, the suspicion will always be there and, at the very least, they have opened themselves to allegations of carelessness when a third successive whitewash would have created new records and bolstered the feel-good factor.
This miscalculation is far from lethal in the face of a limited side such as Denmark, but a more daunting opponent may not be that charitable if given the chance.