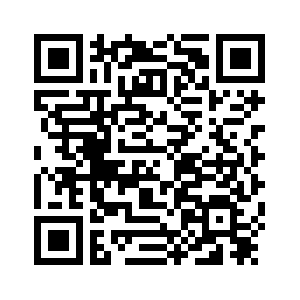 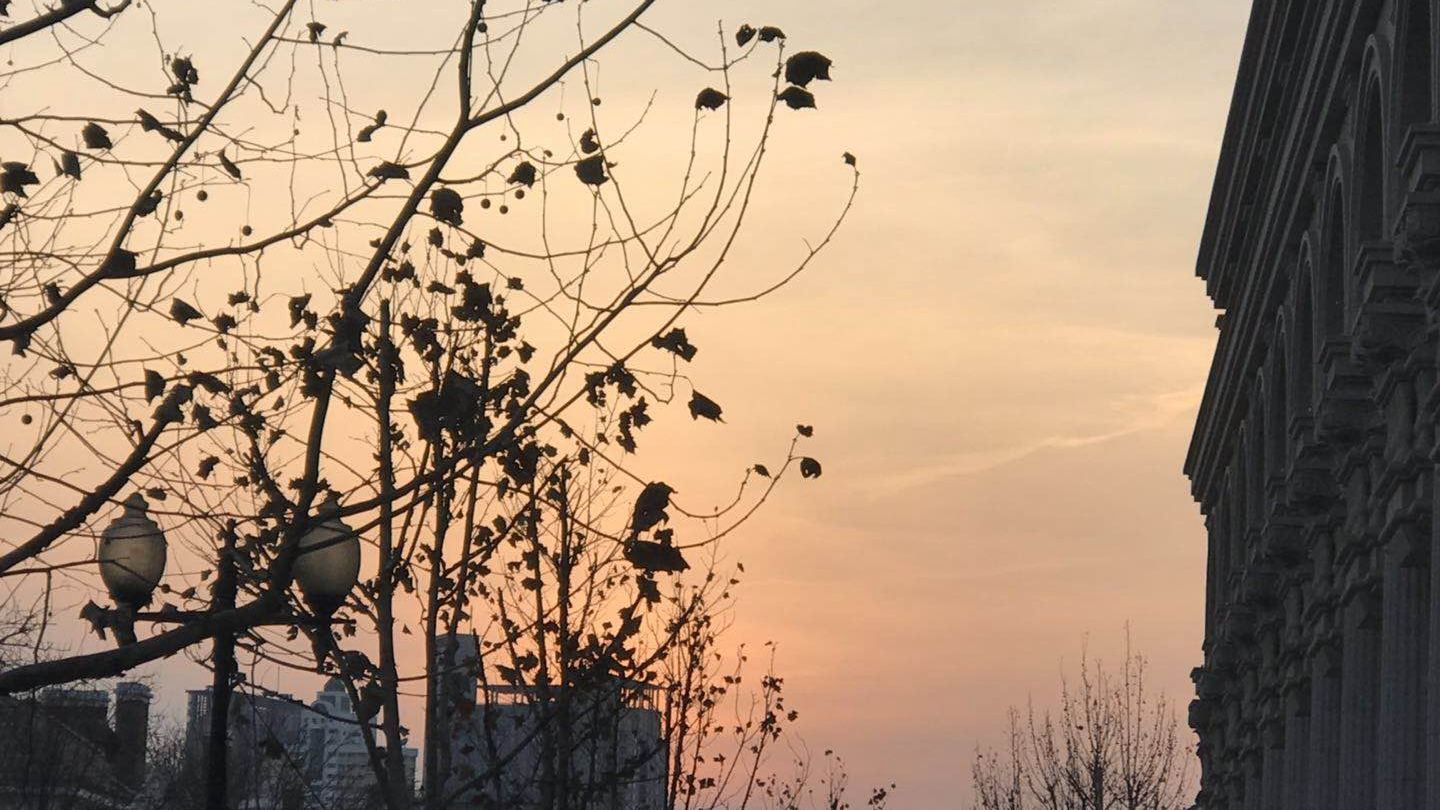 With the Spring Festival holiday drawing to a close, Beijing has come back to life. During the oldest family reunion holiday in China, non-locals returned to their hometowns, emptying office buildings, malls and streets and leaving much of the city deserted. But that's apart from the millions of tourists who have sardined scenic spots nestled within the metropolis.
The "hustle and bustle" brought by over 8 million visitors contributed a handsome revenue of almost 8.2 billion yuan (1.2 billion U.S. dollars) to the capital city. Concurrently, locals and workers here who have grown tired of this boisterous metropolis swarmed to popular destinations or quiet residential neighborhoods for a different type of experience, if only for a few days.
I was one of those escaping the urban noise by traveling some 100 kilometers to neighboring Tianjin with my family. It was another ghost town during the holiday, with barely anyone outside in the frigid weather, except swarms of tourists at the city's "must-see" attractions. Long queues were seen at popular sites like the China House, and visitors spent hours waiting for a ride on the "Tianjin Eye," the city's gigantic ferris wheel. 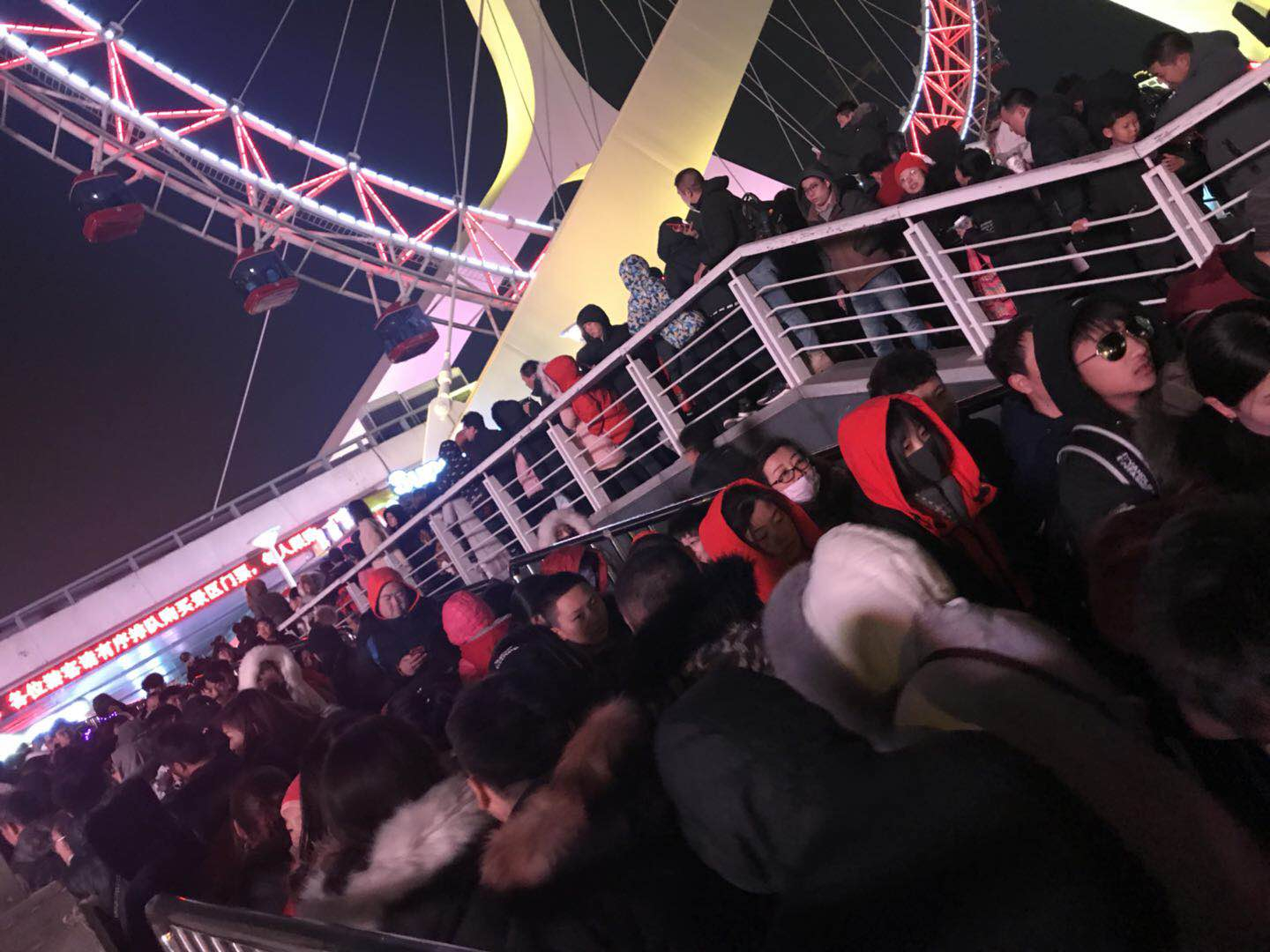 It was heartening to see a whopping number of visitors going out to see the world – a signal of rising prosperity – but disheartening to see them waiting in long queues just to broaden their horizon or curating their selection of glam pics for social media.
Those scenes are part of what we call "overtourism," which made its debut on Twitter seven years ago. Defined as "the phenomenon of a popular destination or sight becoming overrun with tourists in an unsustainable way," it became a 2018 word of the year in the Oxford Dictionary. 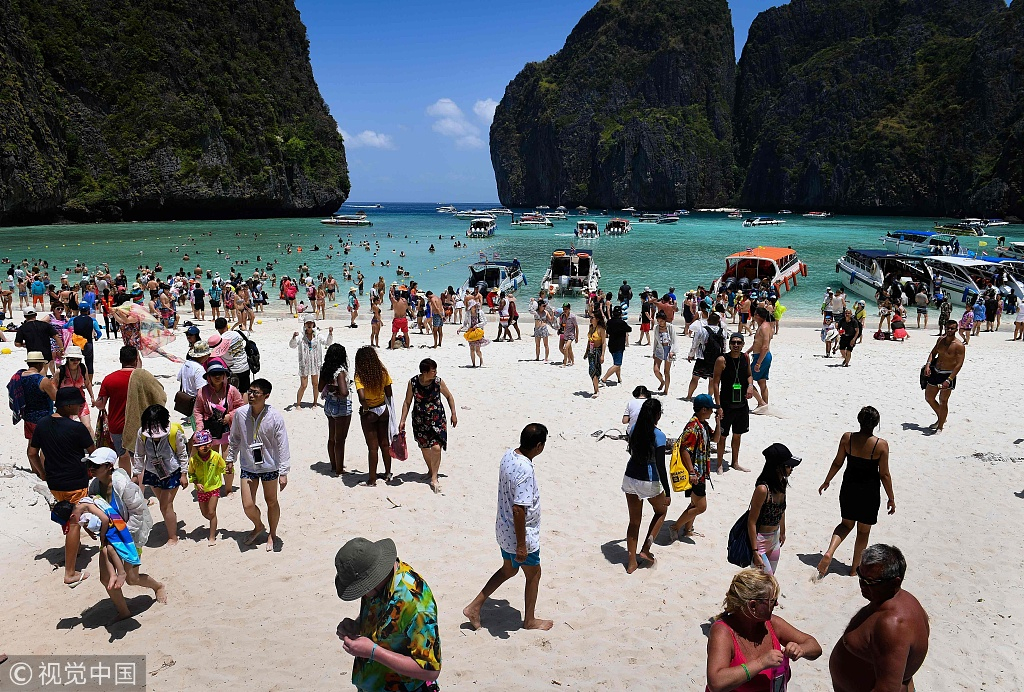 When tourism amounts to an epidemic…

Overtourism happens when tourism boom disturbs the lives of locals, damages their environment, and ruins the heritage of a place. Meanwhile, tourists often fail to acquire enjoyable experiences and go back home with fatigue and a poor understanding of the nature and history of their destinations.
Many gorgeous spots have fallen victim to overtourism. Boracay – a top tourist draw in the Philippines – was closed for being a "cesspool" last April and reopened after a six-month renovation with a daily cap on tourists, a curfew as well as bans on parties, weddings, drinking and smoking on its pristine beach. Similarly, Thailand's Maya Bay, featured in the Hollywood movie "The Beach", is closed indefinitely despite a months-long rehabilitation effort to recover its coral reef damaged by excessive tourist activities.
Across the ocean blue, there have been waves of local protests against tourists, especially jet-setters. Barcelona residents welcome refugees more than tourists. In Venice, which receives nearly 30 million visitors a year, walls are plastered with graffiti reading "Tourists Go Away!!!" Most recently, the "Queen of the Adriatic" announced an "entry fee" of up to 10 euros even for day-trippers, which has sparked a controversy. Edinburgh is on course to become the first UK city to impose a tourist tax as its city councilors backed a Transient Visitor Levy last week. 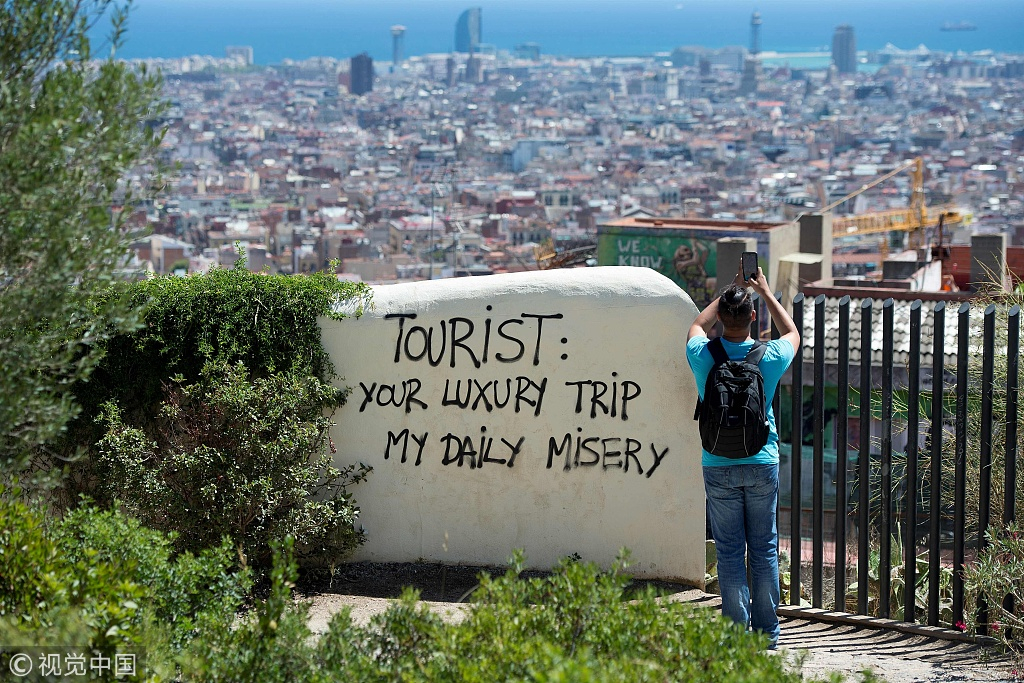 A tourist takes a picture of a panoramic view of the city at Park Guell in Barcelona, Spain, August 10, 2017. /VCG Photo

A tourist takes a picture of a panoramic view of the city at Park Guell in Barcelona, Spain, August 10, 2017. /VCG Photo

Besides sightseers and vacationers, there's been a tangible spike in adventure travelers. Every self-proclaimed adventurer wants to conquer the top of the world. In 2017, 648 climbers reached the summit of the Himalayas, seven times more than the number nearly two decades ago, but many left more than their footprints.
Given a lack of infrastructure, notably toilet sewer pipes, and the fact that some mountaineers loathe bringing their waste off the mountains, the Himalayas is blighted by excessive human feces and garbage. The waste, carried by porters to dumping sites, enters a slew of rivers and wells that supply drinking and irrigation water for local dwellers. Freshwater on the Himalayas feeds 1.9 billion people -- that's one-fourth of the world's population. 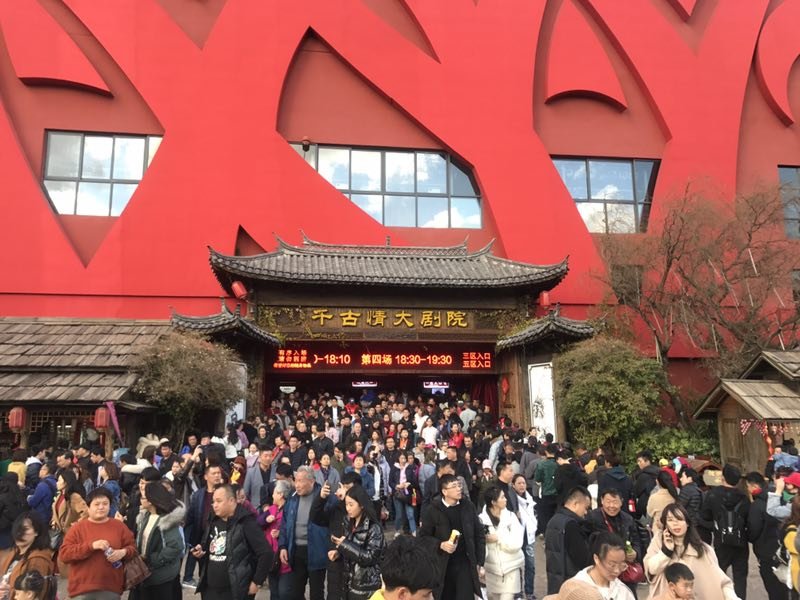 Tourists at the front gate of a theater in Lijiang ancient town in southwest China's Yunnan Province, February 9, 2019. /Photo by CGTN's Xu Sicong

Tourists at the front gate of a theater in Lijiang ancient town in southwest China's Yunnan Province, February 9, 2019. /Photo by CGTN's Xu Sicong

Behind the prosperity fueling this degradation of tourist sites is a burgeoning middle class and the rise of technology.
Currently 3.7 billion people are on the middle-class bandwagon, particularly thanks to the increasing economic abundance of China and India. The UN World Tourism Organization estimated the number of international tourist arrivals to be 1.326 billion in 2017. During the Spring Festival, a whopping 415 million trips were made in China. More disposable income and a consequently consumerist mentality have ignited people's desire to look at the world they love to death.
During the "Roaring Twenties" and the following decades, when the U.S. turned into a consumer society, droves of middle-class Americans flocked to Long Island for summer vacation. Tourism then was no longer a luxury available to the few. 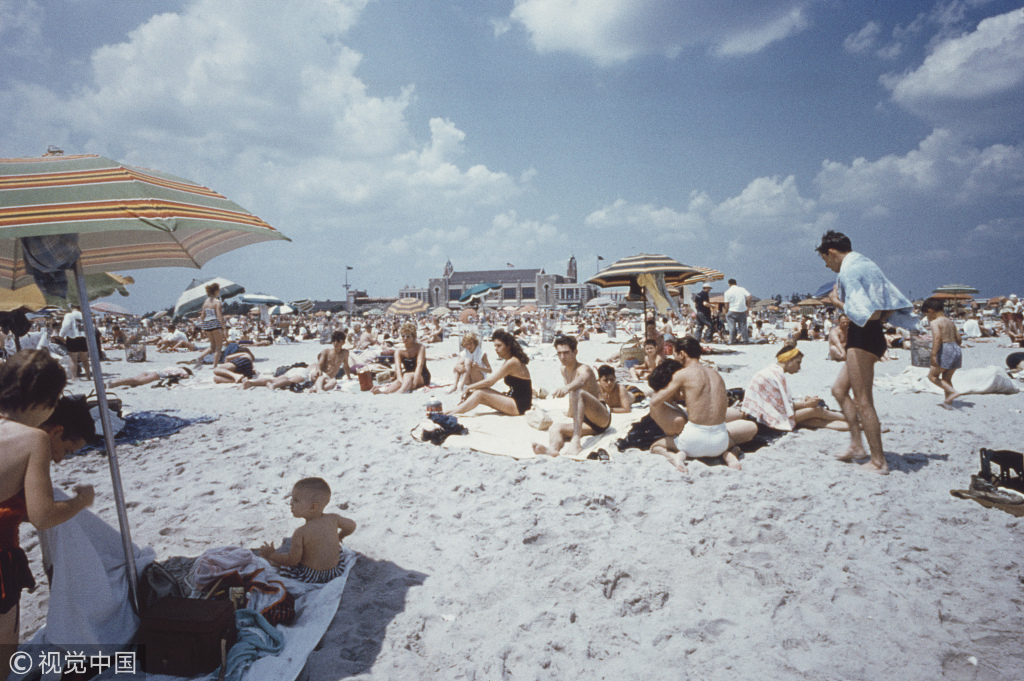 State-of-the-art technology has accelerated the trend. The rampant tourism of the modern day can be traced back to the rise of civil aviation after World War II. Airplanes, which were game-changers in turning the tide of war, were manufactured en masse by Europeans and the Americans, but after the war, plane makers started losing revenue when supply exceeded demand.
Improvements in safety standards and aviation infrastructure soon led to a surge in commercial demand, and legislation that gave the free market reins to the industry gave rise to lower ticket prices that made commercial passenger flights a popular and ubiquitous form of long-distance travel starting in the 1970s.
New technologies continue to facilitate consumers' travel demands, with online services such as Airbnb providing a vacation that is more intimate than living at a motel or hotel. The rise of sharing economies made possible by the pervasiveness of smartphones means that tourists can hail a car using Didi wherever they are within a city, or grab a GPS-tracked Mobike to cycle through the alleys.
Although Airbnb has gained popularity because everyone wants to travel like a local, it has elicited backlash for inflating housing prices for local residents. While behemoth cruise ships are carrying more visitors to their dream destinations at much cheaper prices, they damage coastlines. In 2017, Venetians voted in a referendum to ban cruise ships from accessing the city's lagoon.
As there's no single cause for overtourism, there's no antidote for it. When something beautiful becomes too much, we need to watch out for the opening of a Pandora's box.