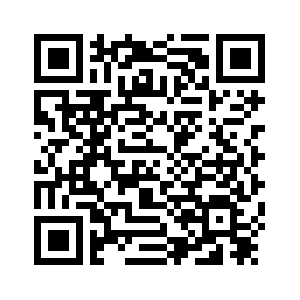 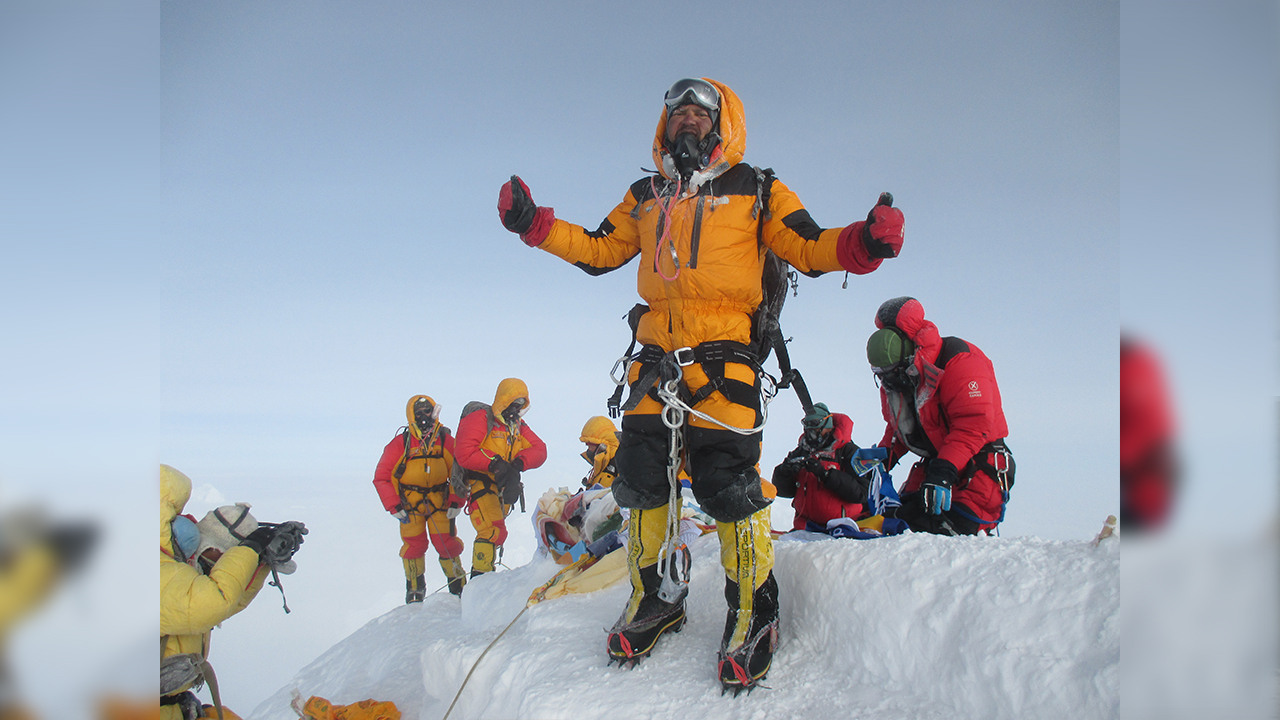 On this very day in 1953, Sherpa Tenzin Norgay and Edmund Hillary had made the first successful ascent to the summit of Mount Qomolangma.
But 66 years after that historic first climb, the most celebrated mountain peak on earth has been grappling with a grim reality as the catastrophic choc-a-block traffic atop the world's highest peak has taken yet another life as American climber Christopher John Kulish only a day ago.
The collapse of the 62-year-old attorney after reaching the top of the summit has taken this climbing season's death toll on the iconic Himalayan peak to 11.
It was climber Nirmal Purja's photograph of a long serpentine queue to the summit that first highlighted the plight of the climbers to the top of the peak, also known as Sagarmatha in Nepal.
However, a primary school teacher from India has revealed her near-death experience to CGTN from Kathmandu. Piyali Basak from the eastern Indian state of West Bengal said, "I went to Mount Qomolangma to fulfill the ultimate dream of life. But I am lucky that I have survived and returned in one piece after having a harrowing experience near the epoch of the world's highest mountain peak." 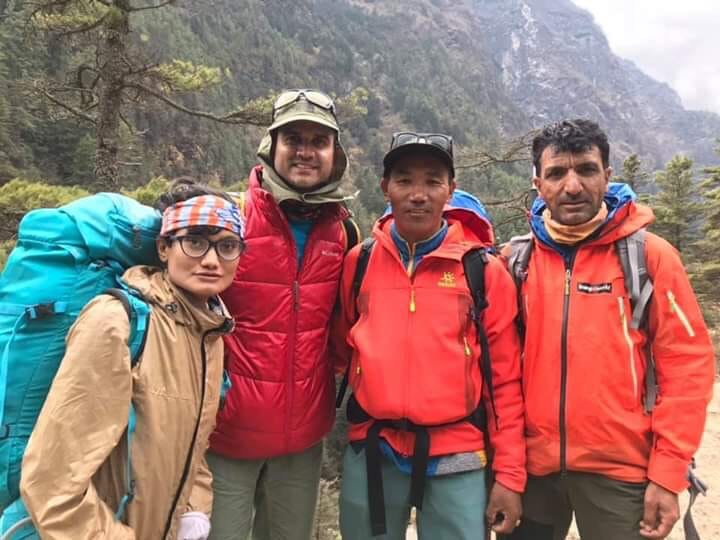 "My Sherpa abused, manhandled and almost pushed me to death as I was making the attempt to summit this year. He forced me to climb for hours without allowing me to have food and take water right from the base camp to the famous balcony from where the climbers begin their final ascent to the top," Basak, who took a huge amount of loan and also collected the required expense of almost 30,000 U.S. dollars through crowdfunding to carry out her dream mission since summiting another 8k peak Manaslu last year, mentioned.
"I was given a faulty oxygen mask and the traffic from the south ridge to the top halted my progress with my Sherpa forcing me to return on May 21. I wanted to carry on at the Death Zone as my blood saturation level at high altitude was quite good and I reached a point where I just needed to drag myself to just 400m. However, my Sherpa made me both emotionally choked and physically battered and bruised by telling me stories about the recent deaths of my fellow climbers and slapped and punched me as I was hell-bent to accomplish my mission," Basak recounted her horror experience.
Even though the trained mountaineer was evacuated just in time by the Global Rescue helicopter and later complained to her agency and Meera Acharya, the director at the Department of Tourism rued, "It was a nightmarish experience to return as well. People pushing and shoving as well as blocking others in order to make their respective missions accomplished. I was hanging upside down from a steep cliff at one point of time and was saved by some benevolent Sherpas after my abusive and non-cooperative Sherpa removed the rappelling rope without informing me." 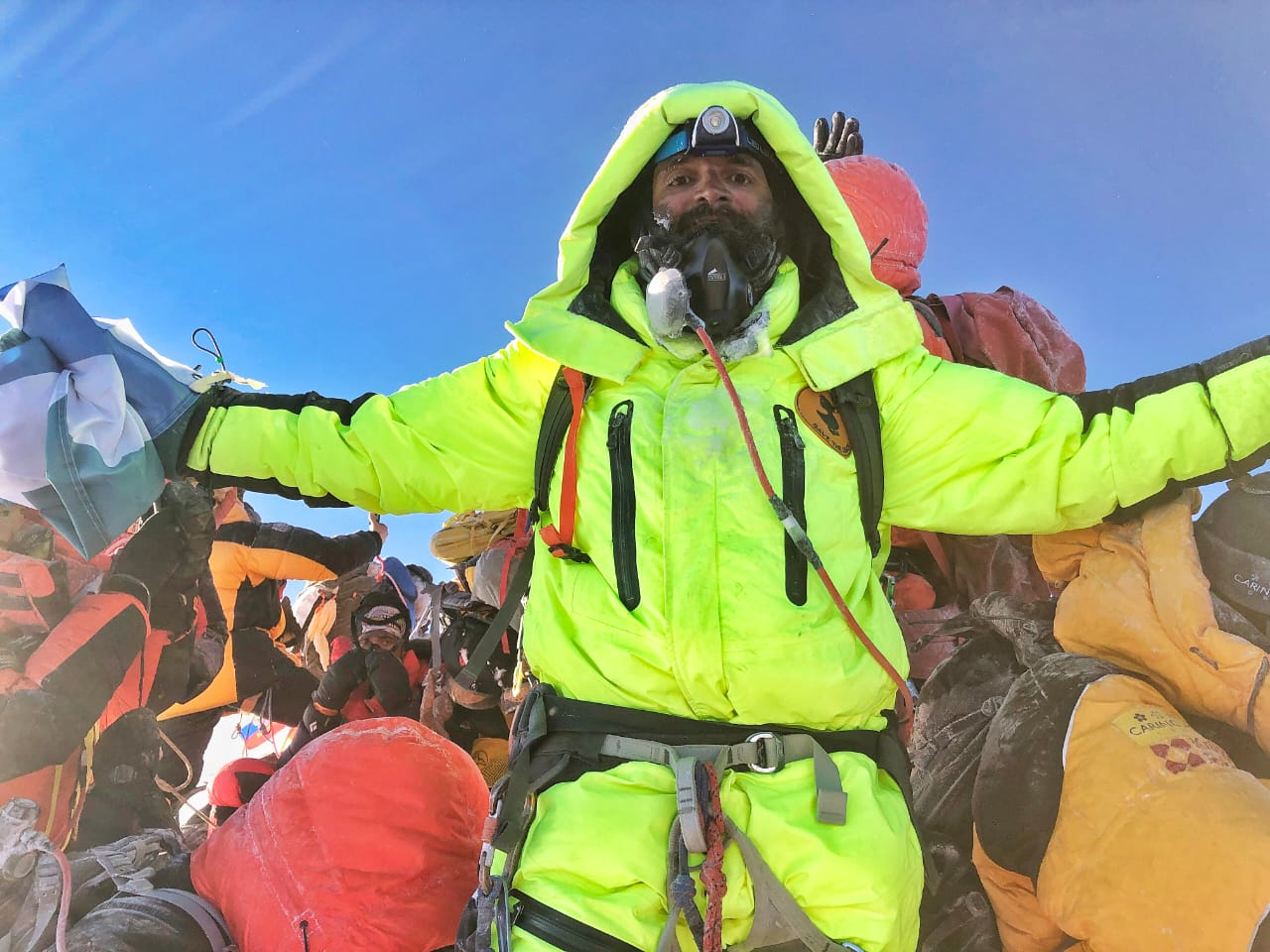 Another ace climber and software professional Kuntal A Joisher, however, fulfilled his dream to accomplish the first-ever vegan climb even though he witnessed the deadly traffic congestion on the Nepal side or the South Col route after taking the less-crowded but more difficult route from the North Col or the Tibet side.
Mumbai-based Joisher, who summited the world's tallest mountain peak for the second time and did it by going 100-percent vegan in terms of food and mountaineering gear, informed, "When I reached the summit at 5:30 a.m. on May 23 from the China side, I wasn't able to take a photograph as it was insanely jam-packed from the Nepal side. There was a crazy rush, but I didn't realize about the gravity of the situation until I came down and read the reports on the media."
Joisher had taken the South Col route when he summited for the first time on May 19, 2016 – the day when a record 202 climbers summited from the Nepal side. "Throughout the day, I was struck in the mad rush during my summit push from the sharp-edged 'Cornice Traverse' in the south ridge. Normally, it takes eight hours to reach the top from the summit camp but that day it took me 14 hours of non-stop climbing to the top and took another eight hours to descend," the Mumbai-based vegan, who believes in the principle of "No animal needs to die to fulfill your Mt. Qomolangma dream," stated during his telephonic conversation with CGTN.
Joisher explained, "Even though it's incredibly difficult to climb from the less-charted Tibet side but thanks to China's efforts to cap the number of climbers each year have made it safer for the climbers and avoided any such horrendous congestion at the top, unlike the Nepal side. The ascent from the North Col is almost like a walk in the park until you reach 7500m as the climb from there becomes extremely technical in insanely cold, tough and windy conditions." 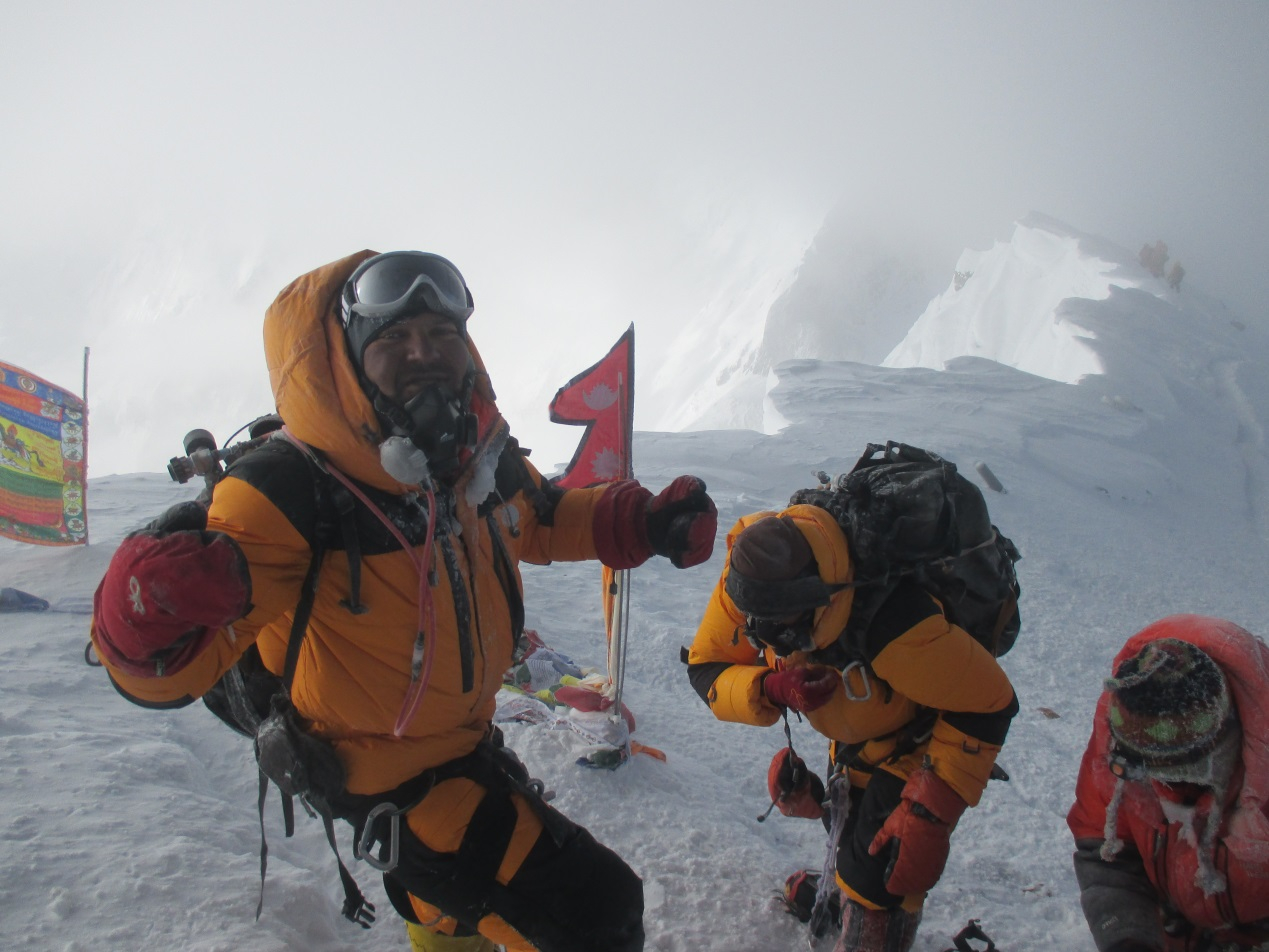 Another Indian climber Satyarup Siddhanta, who currently holds the record of being the youngest to make it to the summit of each of the highest mountain peaks of each of the seven continents and seven tallest volcanic summits of each continent, said, "It's a deadly bottleneck. I have climbed Mount Qomolangma from the Nepal side in 2016 after escaping death in the previous year when the Nepal earthquake thwarted my first attempt. However, it wasn't that crowded that year. Nowadays many inexperienced climbers pay a hefty amount of 50,000- 60,000 U.S. dollars to the Nepal-based agencies to make it a greedy adventure and cause serious threats to their own lives as well as the lives of other mountaineers."
"For every successful ascent of their clients, the Sherpas get a bonus of around 2,000-3,000 U.S. and thus, many of them sometimes push the climbers beyond their limit. That's been the case in a few climbers' death," Siddhanta, who became a passionate mountaineer despite suffering from acute asthma as a child, alleged.
As Mt. Qomolangma climb substantially contributed to Nepal's economy, each year they issue around 350 climbing permits without counting the double amount of the Sherpas while in order to keep the majestic mountain cleaner and safer, China has capped the number, including the number of Sherpas, to less than 150 overall.
"In fact, even the presence of 15 to 20 people towards the top used to delay the process at the famous Hillary Step, the nearly vertical rock face leading up to the summit, which was disappeared after the 2015 earthquake. There used to be only one rope to climb up and another to descend. So if one climber used to take five minutes to use the rope and you were behind 20 climbers, then you had to wait for almost two hours irrespective of the heavy rush days. Now, from the latest photographs, I can see at least 100 or more people were waiting for the final ascent from the south ridge, where the photo was clicked by climber Nirmal Purja. This is insane. This is near fatal," Siddhanta cautioned.
(Cover image courtesy: Satyarup Siddhanta)