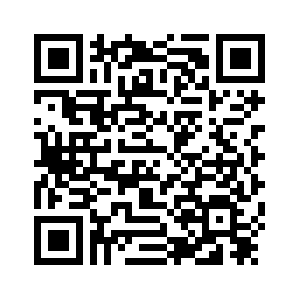 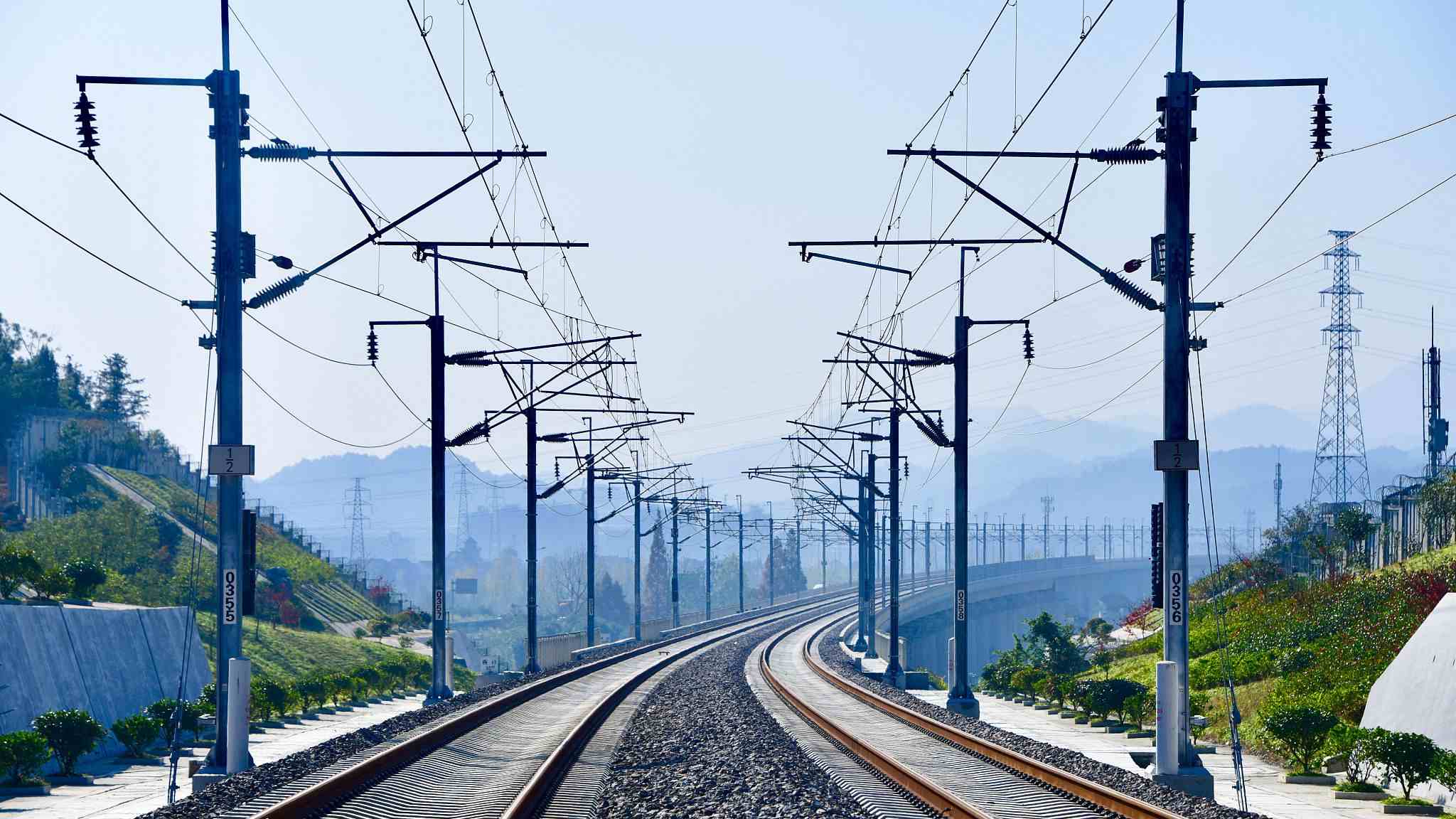 The Hangzhou-Huangshan High-speed Railway has been good news for those who love to travel. It now takes only 1.5 hours to get from Hangzhou, the capital city of Zhejiang Province, to Huangshan in east China's Anhui Province.
There are more than 50 tourist attractions along the route, and seven of them are 5A-level scenic spots.
The second-class ticket costs 115 yuan (about 17 dollars) for the whole journey. Some tourist attractions even offer free entrance for tourists with train tickets.
The following are five must-visit attractions on the golden high-speed train route. 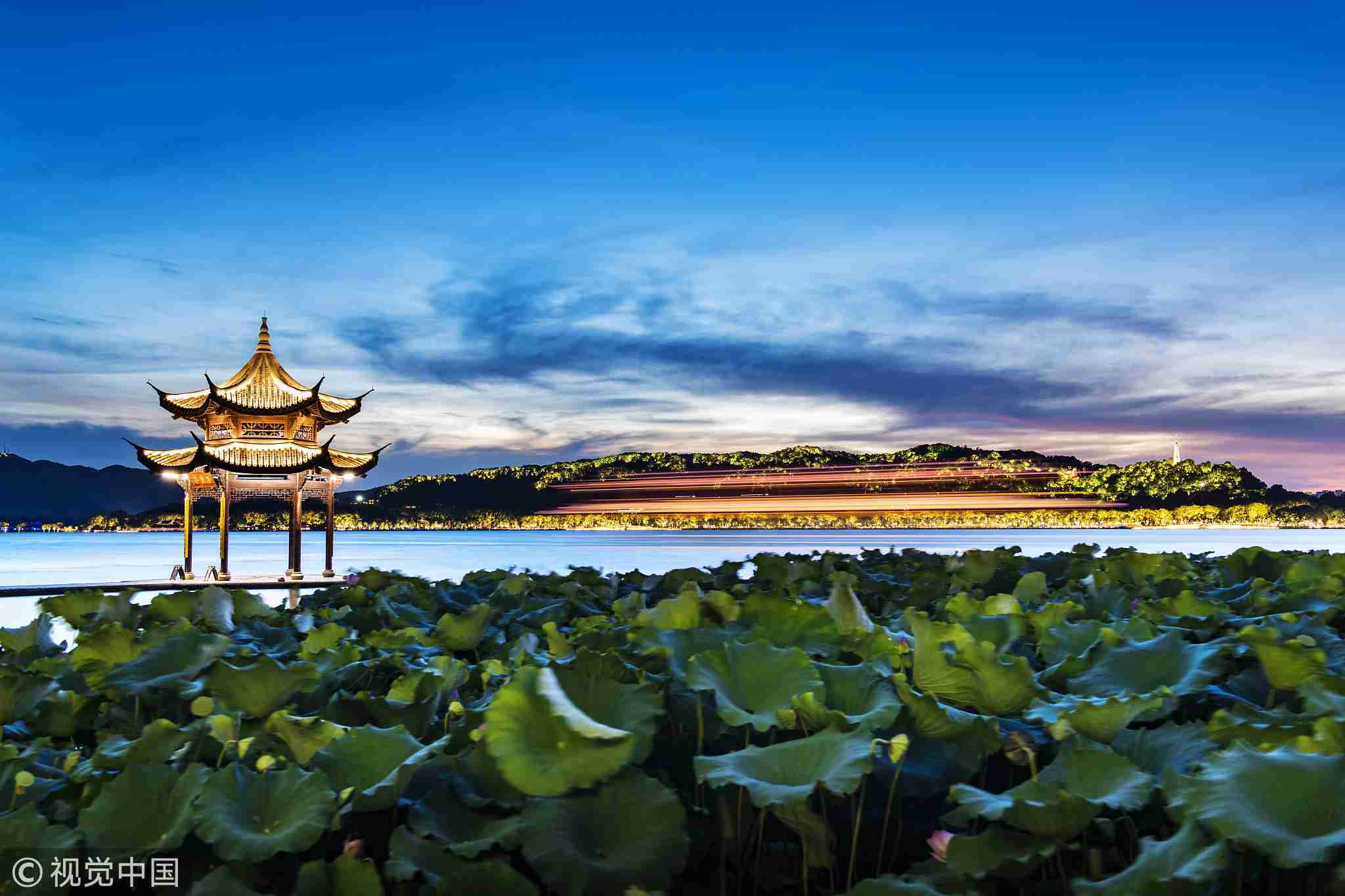 The Hangzhoudong Railway Station is the departure station. Regarded as one of the most beautiful sights in China, the West Lake is definitely a place to visit.
Three Pools Mirroring the Moon, one of the best scenes in West Lake, is on the back side of Chinese renminbi one-yuan banknote. To admire the lake's beauty, visitors usually bike or walk around it but some also take a cruise on the lake, where they can admire the mountains, bridges and pagodas.
Read more: Renminbi banknote scenery: West Lake 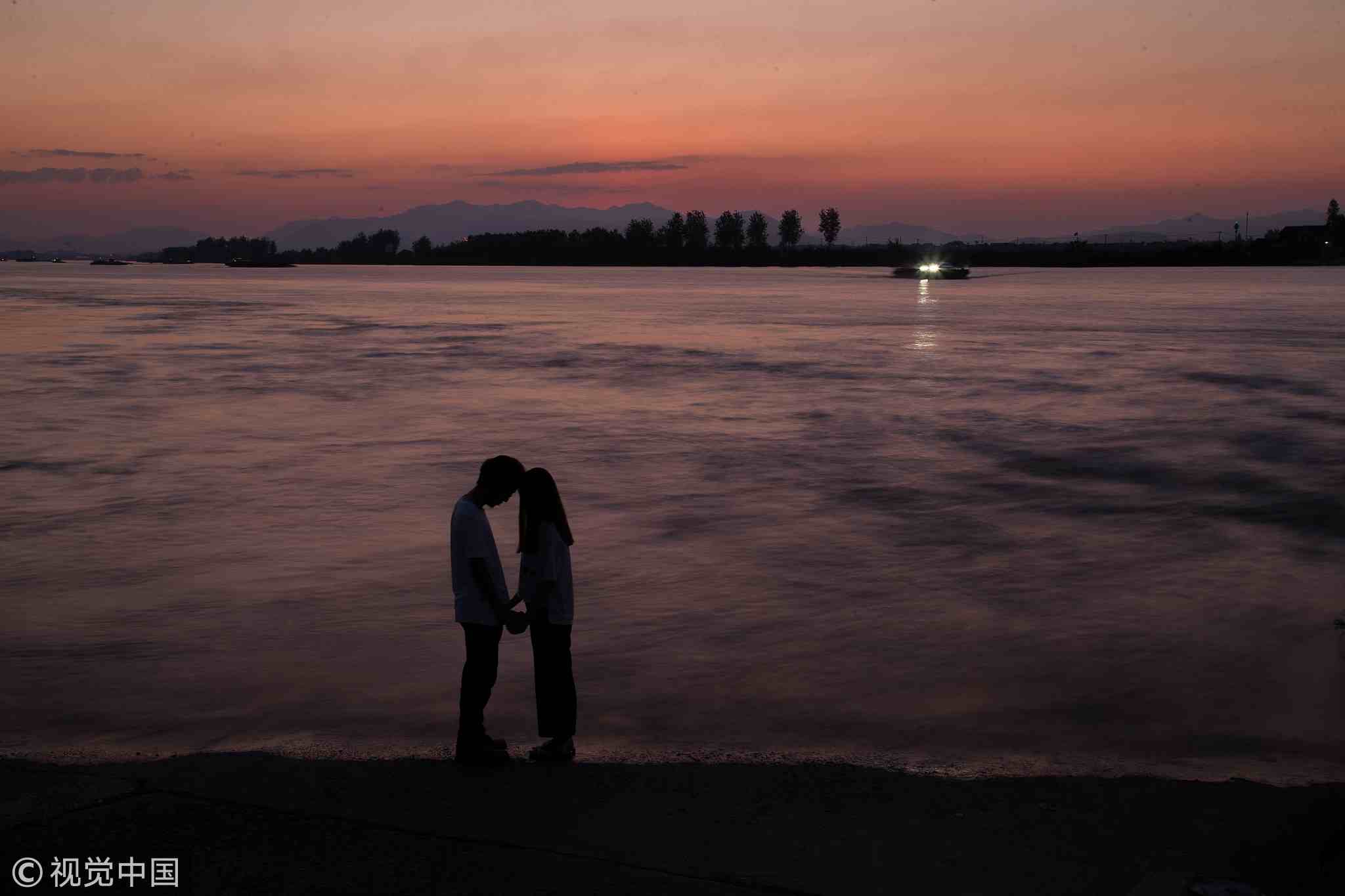 A night view of the Fuchun River. /VCG Photo

A night view of the Fuchun River. /VCG Photo

When the train reaches Tonglu Railway Station, Fuchun River is waiting for your visit. The famous painting Dwelling in the Fuchun Mountains is said to have been painted here by Huang Gongwang between 1948 and 1950.
Now, there is a convenient bus route that passes along the northern coast of Fuchun River that provides a visual feast of the landscape. 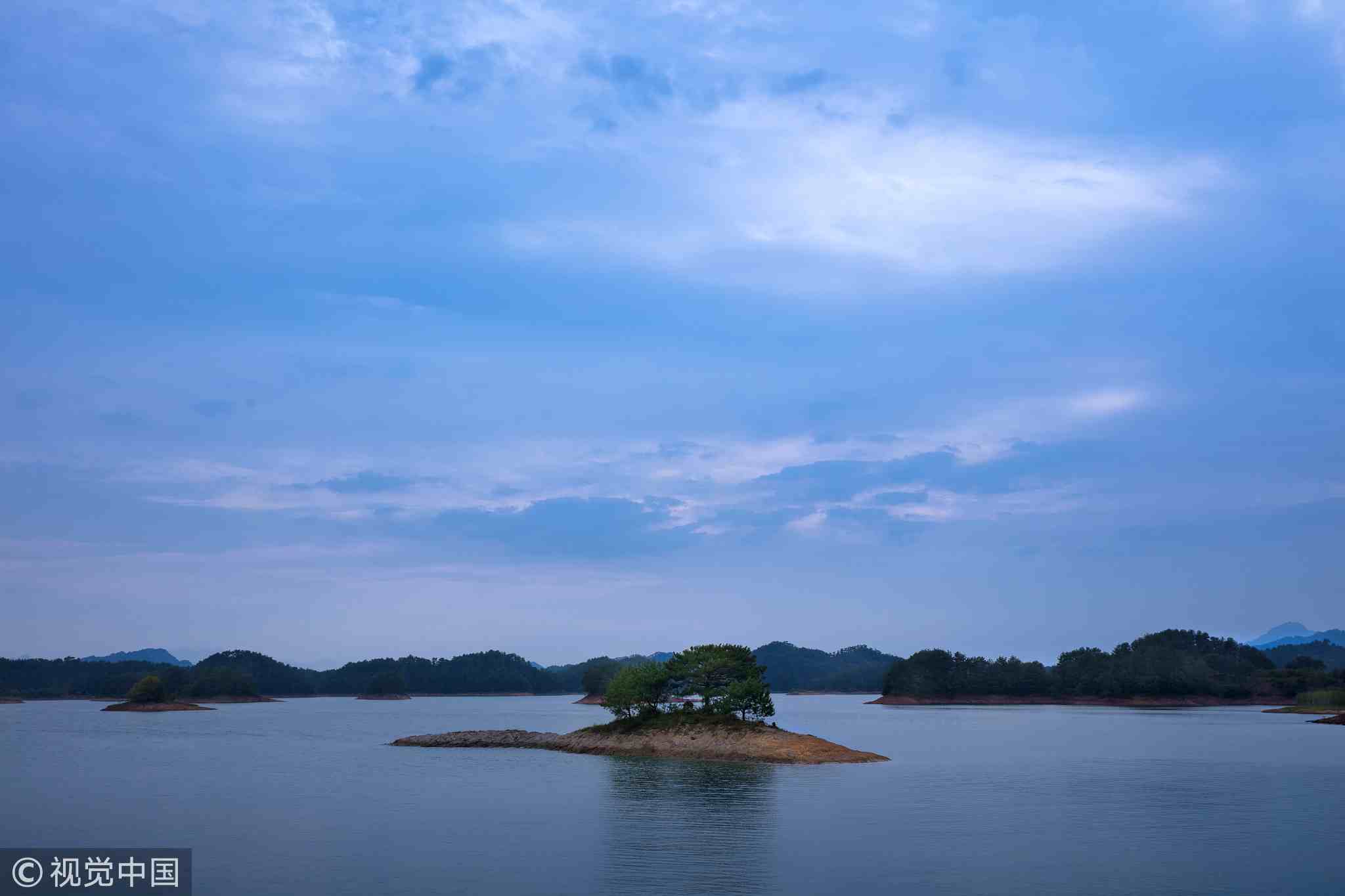 One of the islands in Qiandao Lake. /VCG Photo

One of the islands in Qiandao Lake. /VCG Photo

Qiandaohu Railway Station is the last stop within Zhejiang Province. Qiandao Lake, also known as Thousand Island Lake, is a sprawling body of fresh water, covering 573 square kilometers. Its name originates from the fact that there are over 1,000 islands in the lake.
Deep below the calm surface of Qiandao Lake lies the mysterious ruins of two ancient cities, dating back to the Han and Tang dynasties. The pure lake and fresh air will offer you an escape from the bustling metropolis. 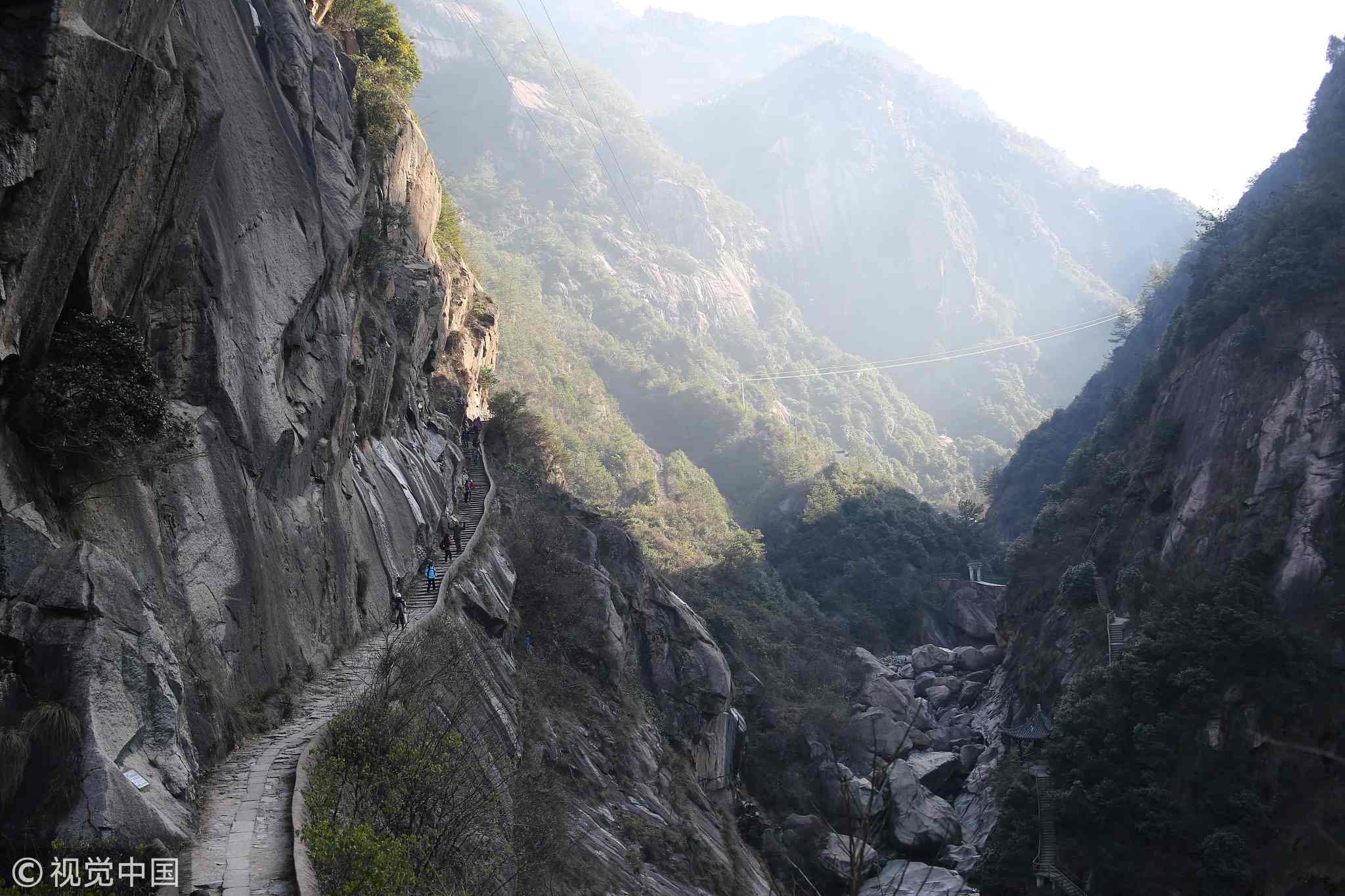 The train heading to Jixibei Railway Station takes you to the cultural corridor of Anhui Province, and the Huihang Ancient Trail is the best place to go hiking there.
It is said that the trail was used to transport tea from Anhui Province in exchange for grains in Zhejiang Province. Thanks to the trail, locals can save at least 50 kilometers of' traveling.
The trail offers not only good exercise, but also a landscape of beautiful mountains, bamboo forests and ancient villages. 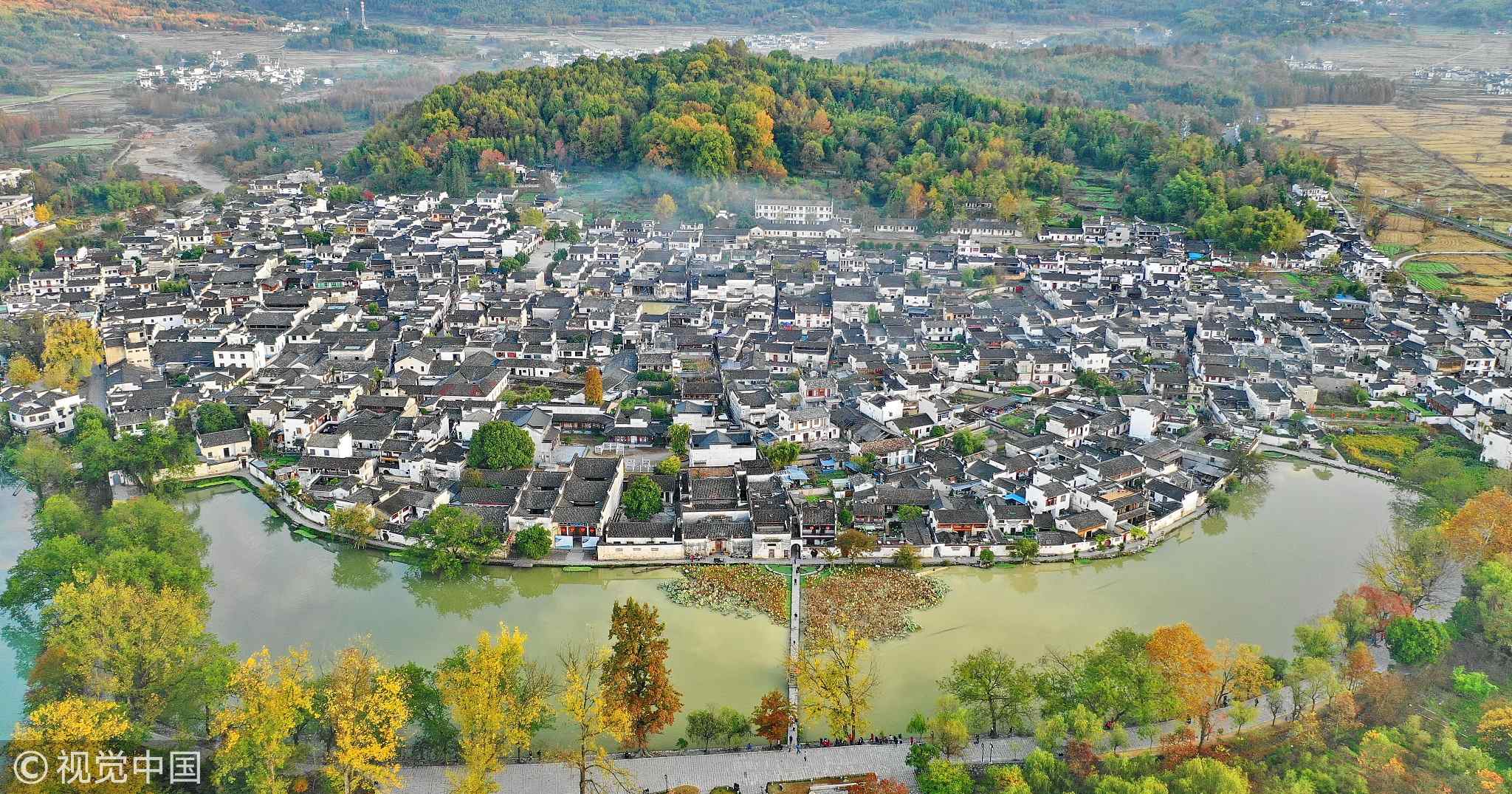 The train finally stops at Huangshanbei Railway Station. Don't forget to take a tour around Hongcun, a small village in Hongcun Town, Huangshan City. The countryside around Hongcun is remarkable and worth a visit at any time of the year.
(Cover Photo: Hangzhou-Huangshan High-speed Railway /VCG Photo)