Opinion: What does a 'No Deal' Trump-Kim Summit 2.0 mean?
Yuan Sha 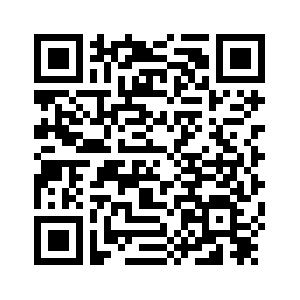 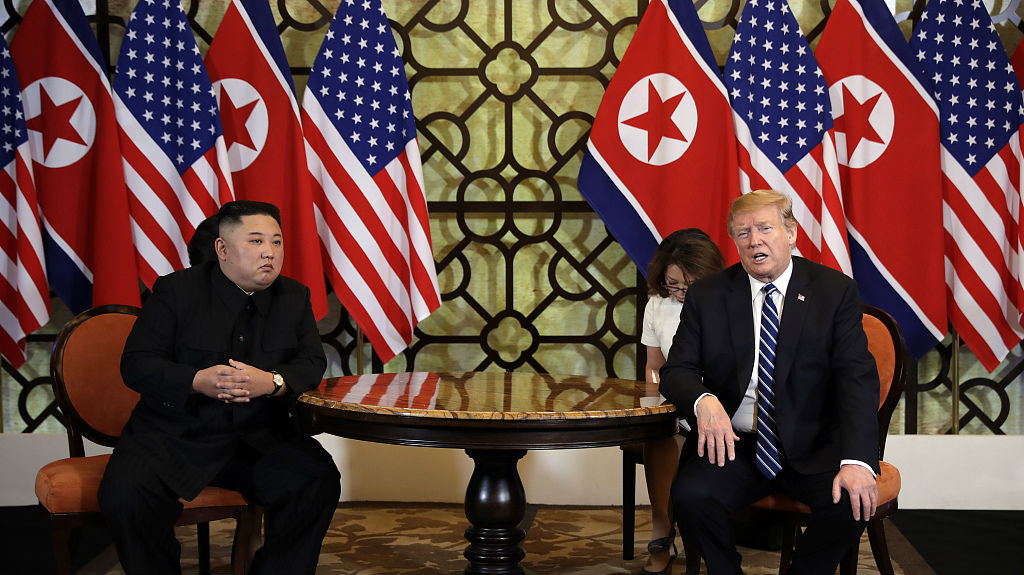 Editor's note: Dr. Yuan Sha is an assistant research fellow at the Department for American Studies of the China Institute of International Studies. The article reflects the author's opinion, and not necessarily the views of CGTN.
U.S. President Donald J. Trump and DPRK leader Kim Jong Un have just met for the second time in Hanoi, Vietnam. It would have been a valuable occasion for the two sides to build on the momentum of the Singapore summit last June, but the second Trump-Kim Summit failed to reach an agreement due to their different visions for the process of denuclearization on Korean Peninsula, and the timing to remove sanctions against the DPRK.
Given the high stakes, the two sides need further actions toward the goal of peaceful denuclearization of the Korean Peninsula.
No deal is better than a bad deal
Just two years ago, the international community was holding its breath as the risk of a nuclear crisis heightened on the Korean Peninsula amid escalating threats of “fire and fury”, with missile launches and military exercises. The world was amazed at the sudden turn of events as the two leaders shifted from the brink of nuclear war to friendly dialogue in Singapore.
Only 8 months later, they met in Hanoi for the second time. If the historic Singapore summit was ground-breaking in ushering in an epoch of rapprochement, then the highly expected “Hanoi Declaration” would be more into specifics and details toward denuclearization. 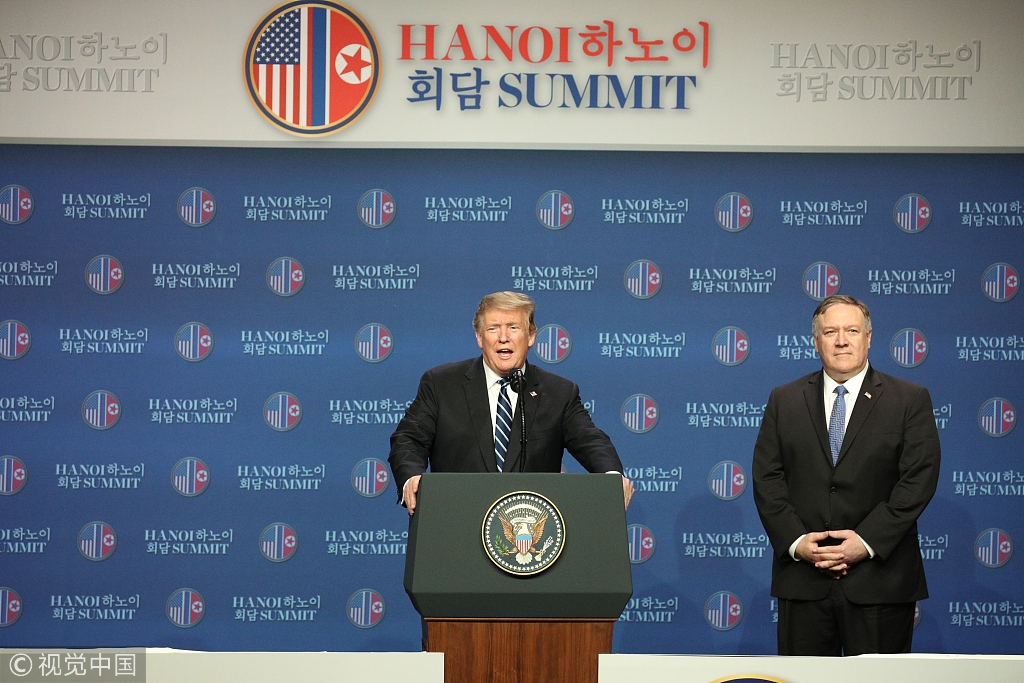 But the failure to reach an agreement has left many to wonder what happened at the negotiation table. The mercurial U.S. President might get angry at his former lawyer Michel Cohen who just made allegations against his former boss at a Congressional hearing. But more likely, it reveals the deep divergences and mutual mistrust between the two sides.
The two sides have a divergent definition of “denuclearization.” The U.S. puts the burden of denuclearization solely on the DPRK, while the DPRK argues for a denuclearization on the entire Korean peninsula which would mean a removal of the U.S. nuclear umbrella in East Asia.
The two sides are also afflicted with deep mistrust. While the U.S. sees DPRK's nuclear activities as threatening to its allies and homeland, DPRK regards nuclear weapons as a deterrent to external attacks and regime change. Technically speaking, the two countries are still at war. It seems that the two sides did not find a way to address each other's security concern.
Though the outcome may be disappointing, haste makes waste. If the two sides cannot reach a fair and reliable agreement now, it would be better to wait for future opportunities to pick up the talk rather than reaching a bad deal.
Opportunity missed
Just as the renowned IR scholar Alexander Wendt once observed in his classic Social Theory of International Politics, “500 British nuclear weapons are less threatening to the United States than 5 North Korean (DPRK's) nuclear weapons, because the British are friends of the United States and the North Koreans (DPRK people) are not.”
DPRK'S nuclear threat can be ameliorated if the two sides demonstrate goodwill, dispel mutual mistrust and work toward the common goal of peaceful denuclearization. The breakdown in this talk really missed the opportunities. 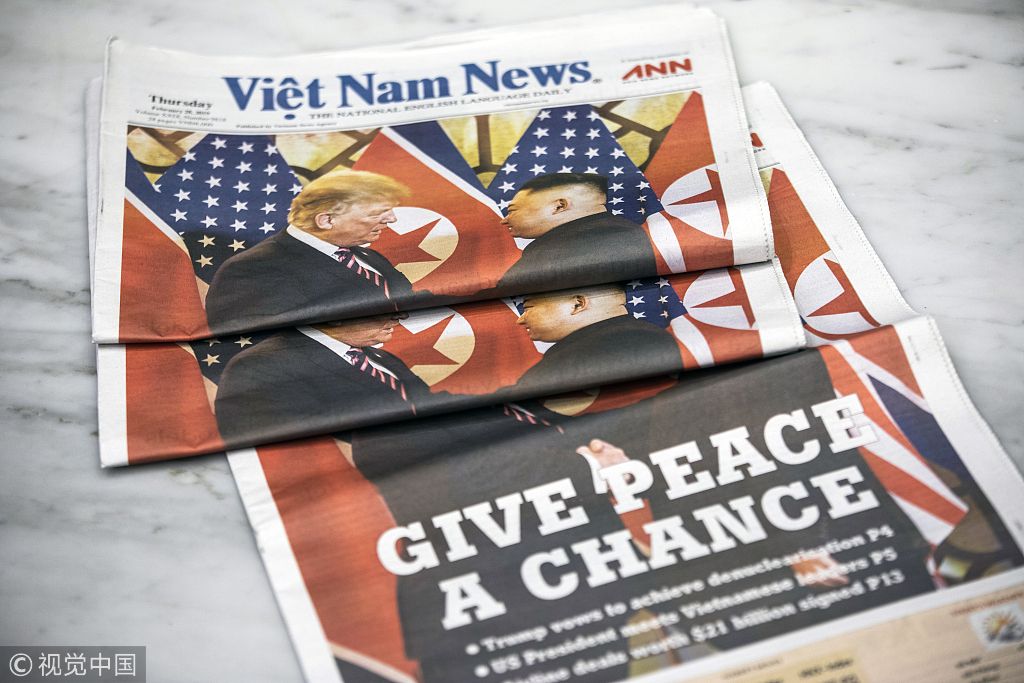 After all, President Trump is trying to burnish his deal-making credential and even harbors the idea of winning the Nobel Peace Prize. To this end, he is using both sticks and carrots. While maintaining maximum pressure and keeping sanctions in place, he is painting a picture of “economic powerhouse” for Kim to lure DPRK to relinquish nuclear capabilities.
Challenges ahead
Given the entrenched security dilemma between the two countries, a peaceful path toward denuclearization is riddled with major challenges.
First, credibility. In the anarchical international system, credibility problems prevent countries from convincing each other of their best intentions. It is easy to renege on one's promise, as demonstrated by the previous nuclear crises. Thus, the two sides need to build verification mechanisms to improve the credibility of DPRK denuclearization and invite International Atomic Energy Agency experts to inspect on site. The DPRK needs to improve the transparency of its nuclear facilities and finally return to the Nuclear Nonproliferation Treaty.
Second, reciprocity. Negotiation is a two-way street, and assurances from the U.S. side also count. “Freeze for freeze” might be a viable first step. The U.S. can make tangible moves step by step, for example, curtail its military exercises with the Republic of Korea, withdraw the controversial THAAD system or provide adequate security guarantees to the DPRK. The two sides can also take steps toward an official end of the Korean War and sign a peace treaty. There are reports that the two sides are discussing exchanging liaison officers, which would be a positive step toward normalization of diplomatic relations.
Third, sustainability. The fate of JCPOA, or commonly known as the Iran nuclear deal, reveals that any nuclear agreement would easily get discarded by the change of administration. A reliable and sustainable nuclear agreement would be crucial for future talks and actions. It would be rewarding if both sides follow the “dual-track” approach by promoting denuclearization and establishing a peace mechanism on the Peninsula in parallel. The two sides need to foster trust-building mechanisms, work on a plan to ease or lift sanctions, and set a workable timetable or road map toward complete and verifiable denuclearization.
Since a workable agreement has far-reaching implications to regional stability, it is also the joint responsibility of regional countries and the international community to push for the peaceful denuclearization on the Korean Peninsula.
(If you want to contribute and have specific expertise, please contact us at opinions@cgtn.com)