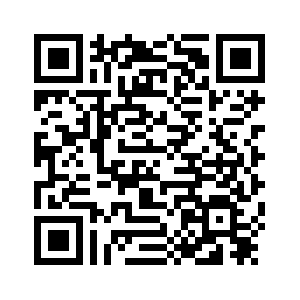 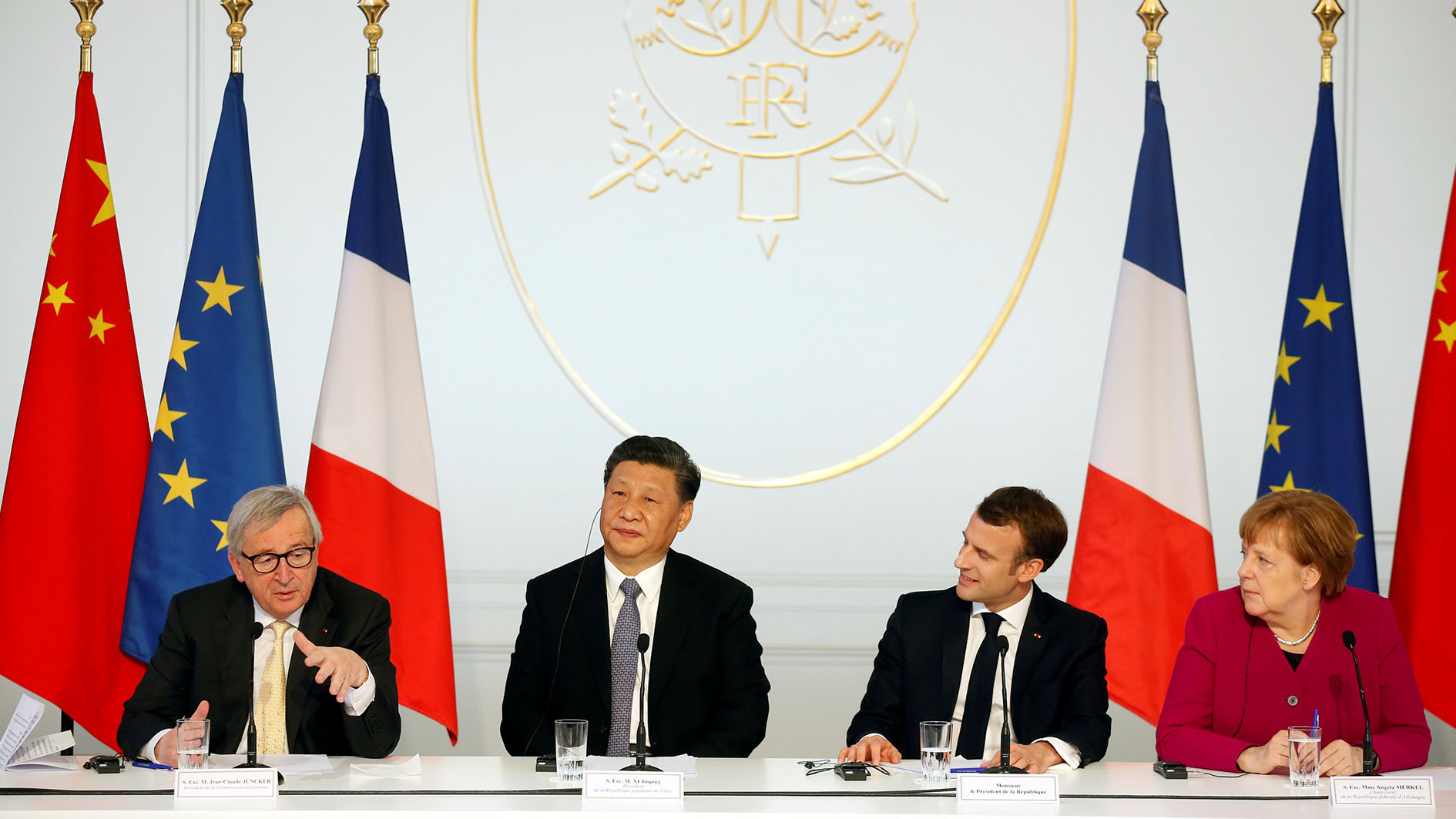 Chinese President Xi Jinping said on Tuesday that cooperation is the defining feature in the relationship between China and the European Union (EU), even though there are differences or competition to some extent. He added that competition between two sides is constructive.
President Xi made the remarks in a speech at the closing ceremony of the Global Governance Forum in Paris, which was also attended by French President Emmanuel Macron, German Chancellor Angela Merkel and European Commission President Jean-Claude Juncker.
Read more: China, France stress greater fairness in global governance
The forum, co-hosted by China and France, opened on Monday with nearly 200 people from the business community and think tanks of both countries in attendance.

Fairness and equity against governance deficit 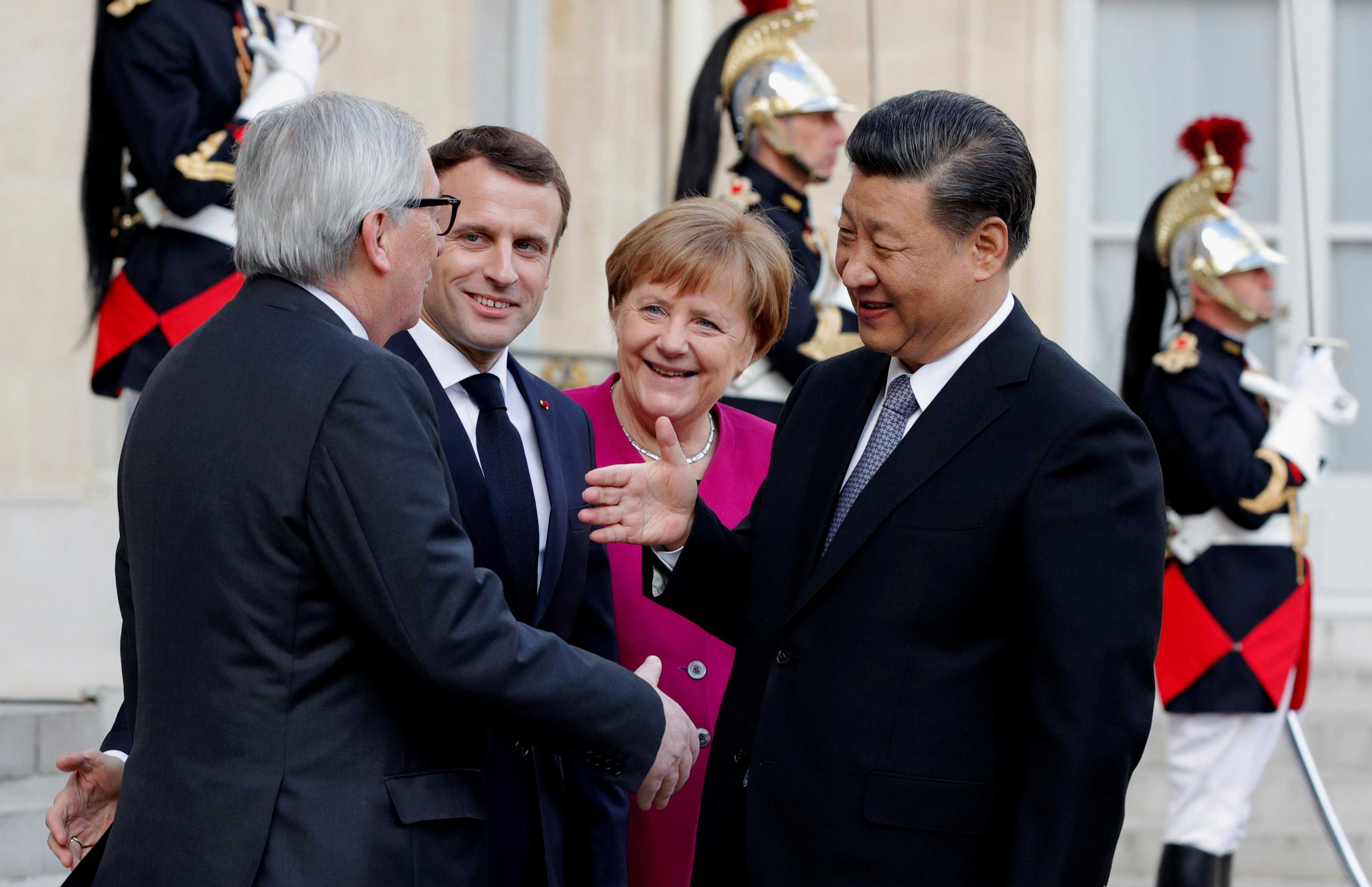 "Therefore, we need to remain committed to joint consultation and joint contribution for shared benefits, which should be the vision for global governance," underlined Xi.
He said global affairs should be decided by all the people and he called on the world to work together to bring greater democracy in the rules of global governance.
"We need to remain committed to the United Nations, which is the symbol of multilateralism, and give full play to the role of the World Trade Organization, the International Monetary Fund, the World Bank, the Group of 20, the EU, and other global and regional multilateral systems, and work together toward the community with shared future for mankind," President Xi elaborated.

"Trust is the best glue for international relations and state-to-state relations. As we are seeing greater competition, friction and more geopolitical rivalry, all those have eroded international trust and cooperation," said Xi.
"We need to give priority to mutual respect and mutual trust, to make the best use of all possible dialogue and consultation, and work together to seek common ground and understanding while shelving differences and defusing differences," stressed the president.
"We need to pursue candid and in-depth communication and dialogue to increase strategic mutual trust and decrease mutual suspicion," he continued.
"For today's China-EU relationship, cooperation far outweighs competition and we cannot let mutual suspicion to get the better of us," Xi said.
00:49 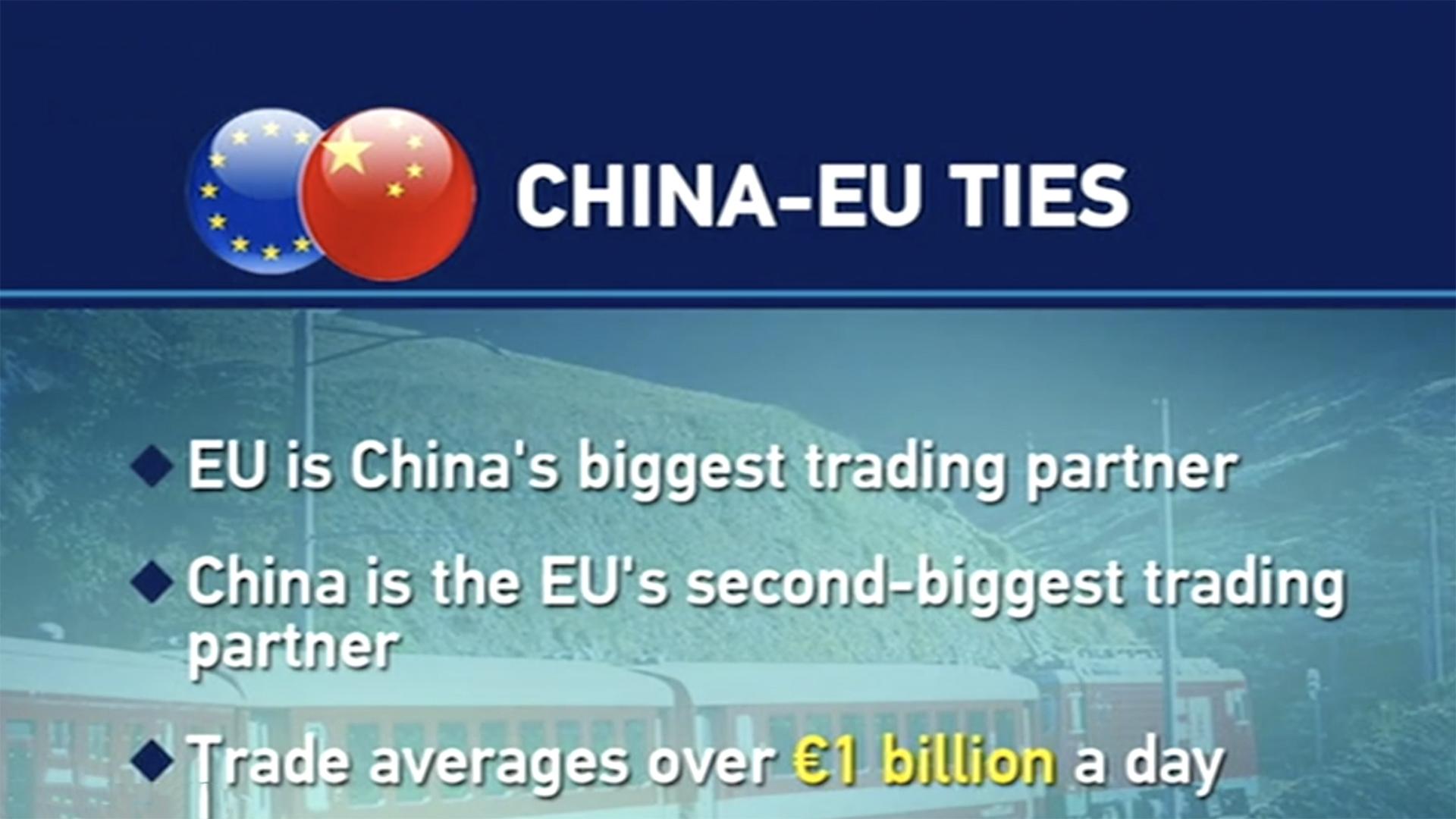 The current security environment is still a source of concern. Local wars and regional conflicts are continuing, the ongoing rampage of terrorism is devastating the lives of people in many parts of the world, in particular, the children, Xi said.
"We need to pursue a new security vision that features common, comprehensive, cooperative and sustainable. We need to reject the cold war mentality and zero-sum game mentality. We need to pursue peace and security through cooperation, oppose willful use and threat of force, and oppose to stir up trouble for self-serving interest," he underlined.

Economic globalization is the engine of world economic growth. Right now, the trend against globalization is on the horizon, the negative implications of protectionism are clearly being felt. Unequal distribution of income and disparity in regional development have become the most prominent issue to tackle in global governance, said Xi.
China will continue to push forward reform and opening-up, Xi stressed.
"China has been pursuing the policy for the past four decades. We finished the journey of industrialization that took developed countries 300 years to finish. We need to keep forging ahead and at the same time adapt ourselves to the new circumstances and open up further," he added.
Macron said in his speech that the EU and China have similar stances on issues like the Iran nuclear issue, climate change, and the peace and development in Africa.
He said he is impressed at China's achievements in poverty reduction and China's Belt and Road Initiative (BRI) is of great significance and the EU is willing to align its development strategy with the BRI.
Merkel said the Europe needs to actively discuss the participation in the BRI and Europe and China should work together to safeguard multilateralism.
Juncker said Europe and China are important strategic partners and the two sides should maintain dialogue on the basis of equality and maintain coordination in major international issues such as the reform of the WTO.