Shaping China's leaders from the ground up
Yang Zhusong 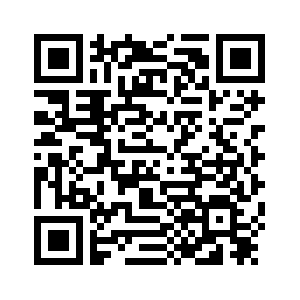 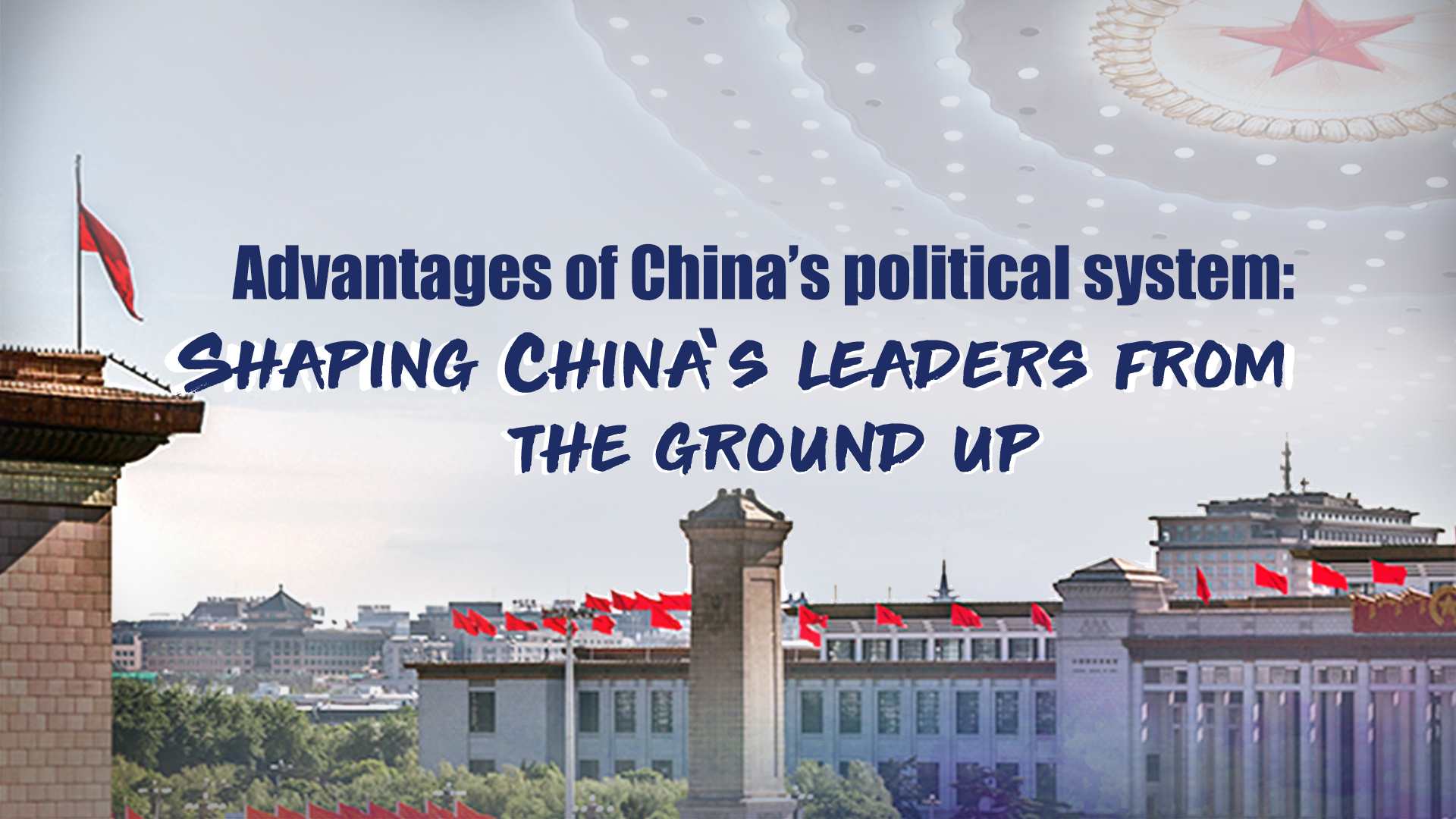 Editor's note: As China's most important political gatherings, the Two Sessions, are underway, it's a good time to take a look at China's political system. Yang Zhusong, an assistant research fellow at the Institute for Contemporary China Studies at Tsinghua University, shares his views on the comparative advantages of China's political system in relation to others around the world. "Shaping China's leaders from the ground up" is the fifth article in the "Advantages of China's political system" series.
The Communist Party of China (CPC) has cultivated a large number of outstanding political talents with continuous training, practice and assessment.
Take the collective leadership of the Central Committee of the Communist Party of China as an example, leaders who eventually join this rank often need to go through two stages of political endeavor.
The first stage is to be the Party secretary of provinces, autonomous regions and municipalities, especially of major economic regions directly under the central government, in order to learn how to govern a province before governing the whole country.
China is huge in size. Most provinces are already equivalent to a middle-sized country in terms of geographical area or economic scale, thus allowing the leaders of a province to face considerable governance challenges and navigate a difficult and complicated environment.
The second stage is to serve as a member of the Political Bureau of the CPC Central Committee and a member of the Secretariat of the CPC Central Committee. Relevant senior officials work as "assistants" for the incumbent central collective leadership, taking part in the major decision-making process at the central and national levels, and directly observing and learning how to govern the country. 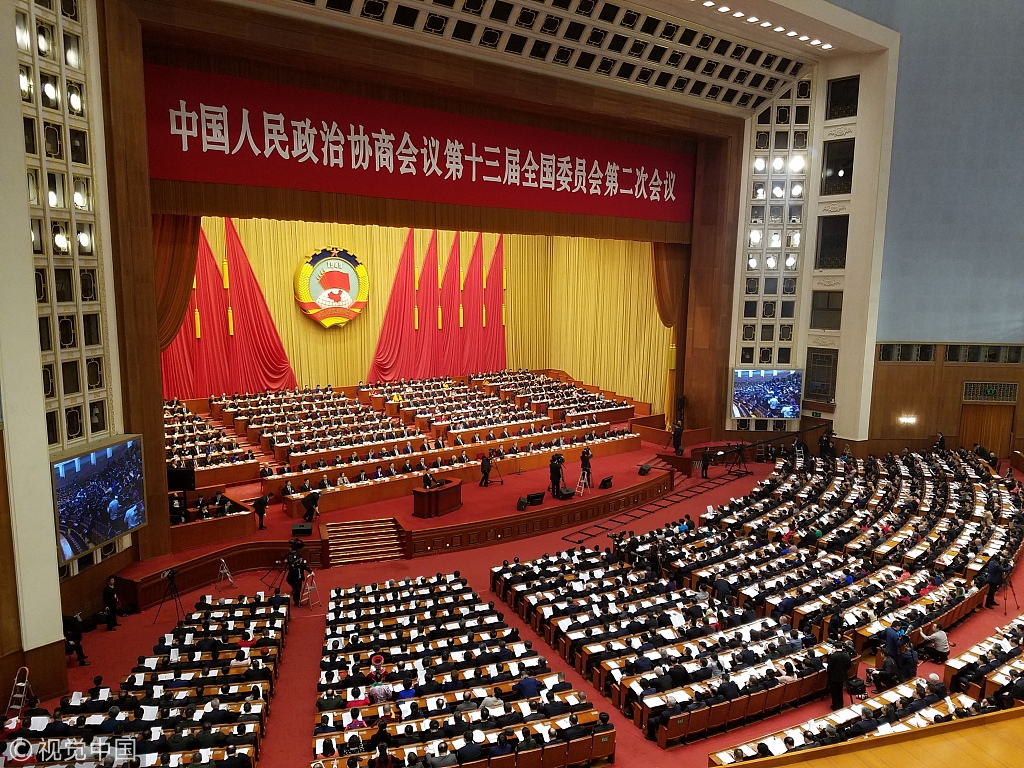 The second session of the 13th National Committee of the Chinese People's Political Consultative Conference (CPPCC) was held in Beijing, March 3, 2019. /VCG Photo

The second session of the 13th National Committee of the Chinese People's Political Consultative Conference (CPPCC) was held in Beijing, March 3, 2019. /VCG Photo

Why does China insist on the above-mentioned "two-stage approach" instead of fast-track promotion in selecting leaders?
An old saying in China goes as follows, "It takes seven years to see if a tree can grow into suitable building materials." This is a good summary of the CPC's rationale for training and selecting leaders.
Over a considerable period of time, the CPC continuously evaluates all aspects of cadres, including loyalty, morality, knowledge, ability, and style of work among other criteria, and chooses the best from the best to ensure that outstanding cadres are selected for leading positions.
For the members of the central leadership, it is crucial to continuously improve themselves and stand out throughout the long assessment journey before they can finally become members of the political leadership of a large party with 89 million members and a large country with a population of nearly 1.4 billion.
American sociologist Daniel Bell summed China's political talent selection model as "political meritocracy."
The selection of senior officials by the CPC has always followed the tradition of focusing on both personal ability and political integrity while prioritizing morality.
Under this principle, the Communist Party of China has continuously improved the selection and appointment procedures of cadres, set strict selection and appointment standards, and improved the rationality of selection and appointment procedures. The CPC adheres to the principle of selecting cadres with a broad vision and pays attention to the selection and training of women, people from ethnic minorities and people with no CPC affiliation who will also hold leading positions.
The CPC has also established a relatively complete cadre training system with Party schools as the main training platform and higher education institutions participating in the training process. This helps the education and training programs of the Party's cadre to better meet the needs of the new situation and new tasks.
Moreover, there are plans to arrange cadres to serve alternately in central political institutions, ministries under the State Council, local party and government departments, and state-owned enterprises, in order to train cadres with all-round capabilities and build China's "statesmen group."
Through a series of institutional designs, the aim is to improve CPC cadres in both quality and quantity and shape them into a precious wealth on which the Party relies in governing the country.
Judging from the political reality of the United States, the way in which its political elites are generated is not sufficiently equitable. Due to capital manipulation, it is unlikely for it to have a fair system in selecting the best minds to take the leading role in government.
Each White House resident, when naming people to assume important positions, often appoints close associates who lack relevant political experience. When Trump was elected president, he filled the cabinet almost entirely with business elites with little political experience.
The moral stain of Trump's private life is widely known to the American public. Moreover, thanks to the federal constitution of the country, the U.S. state-level administrative leadership cannot have such opportunities to serve as "exchange officials" in different institutions as in China, because there is neither such a human resource transfer mechanism nor the political basis for such officials to be parachuted into different political jurisdictions.
U.S. senators at the federal and state levels, many of whom were born and raised in particular regions, have extremely deep-rooted political and economic affiliation to those regions.
In the political map of many states, there are many "oligarch" families with generations of their members taking political positions and engaging in backscratching with business communities. As a result, the political landscape in the U.S. is very immobile for a long time. 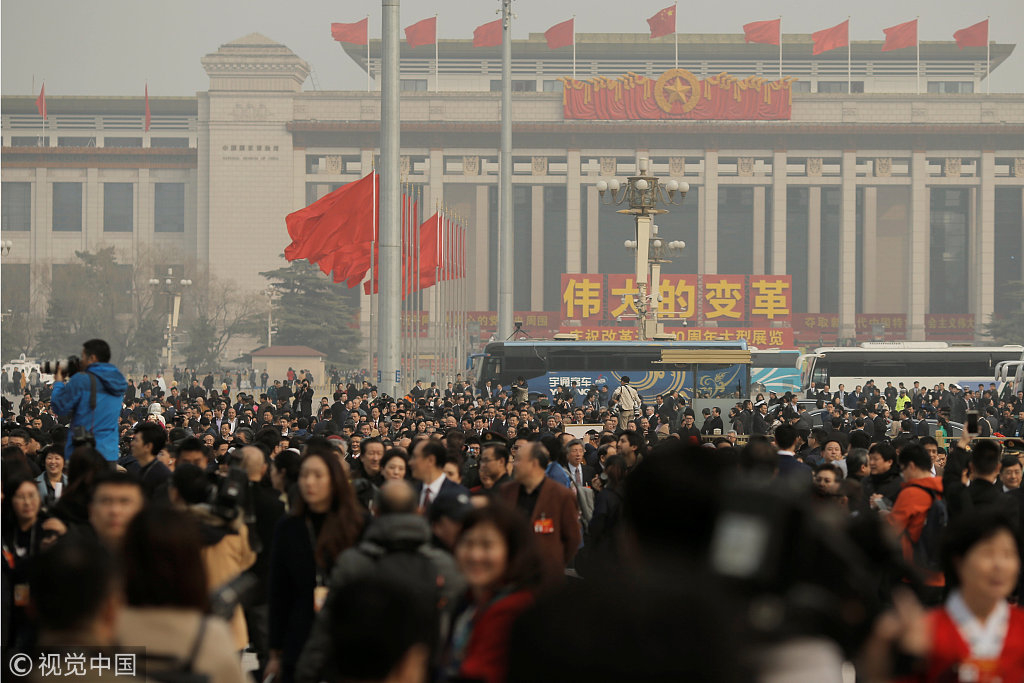 CPPCC members arrive for the opening session of the Chinese People's Political Consultative Conference (CPPCC) at the Great Hall of the People in Beijing, China, March 3, 2019. /VCG Photo

CPPCC members arrive for the opening session of the Chinese People's Political Consultative Conference (CPPCC) at the Great Hall of the People in Beijing, China, March 3, 2019. /VCG Photo