The China National Aero-Technology Import and Export Corporation (CATIC) said it is ready to assist Myanmar in the probe into Wednesday's air crash.

The military craft, with the registration number Y8F200W, was delivered to Myanmar Air Force by CATIC in March 2016, according to a statement posted on its official website on Thursday. 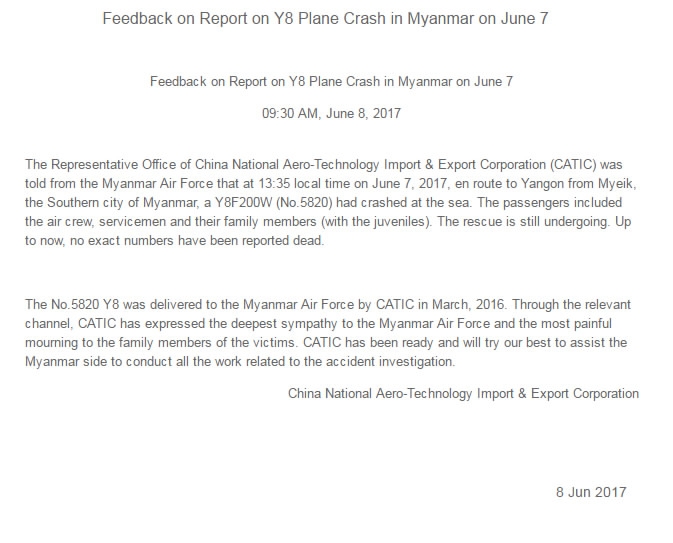 The military plane, with 122 people on board, crashed over the Andaman Sea at around 1:35 p.m. local time on Wednesday, half an hour after takeoff.

Myanmar's military on Thursday said it had found debris and some bodies in waters off the country's south coast.