Bike sharing start-ups in China – thought to total 23 at present – have so far put approximately 20 million bikes on the street, according to Southern Weekly, a Chinese media outlet based in Guangzhou. The top two bike-sharing companies, ofo and Mobike, contributed 2.2 million and one million respectively to the total number of shared bikes. 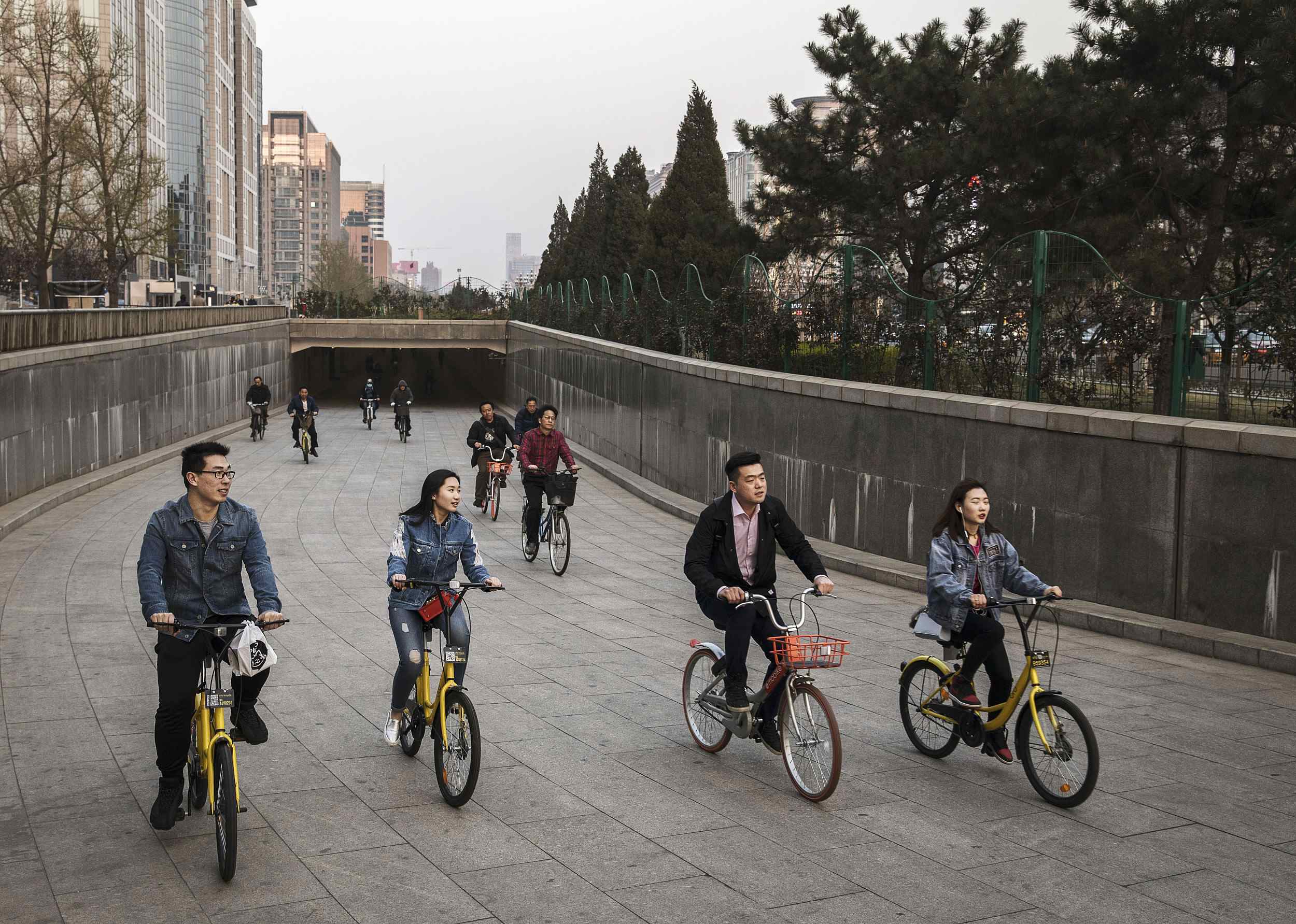 Riding the dockless bikes can cost as little as half a yuan (7.5 US cents) per hour. Many people find the service affordable and convenient, as well as offering a healthy and environmentally-friendly way to travel.

The convenience, however, has triggered problems. Illegal and disruptive parking are commonplace, as modern Chinese cities were designed with cars rather than pedal power in mind. Bikes' flooding outside subway stations, shopping districts and other public areas is a frequent scene in many Chinese cities. 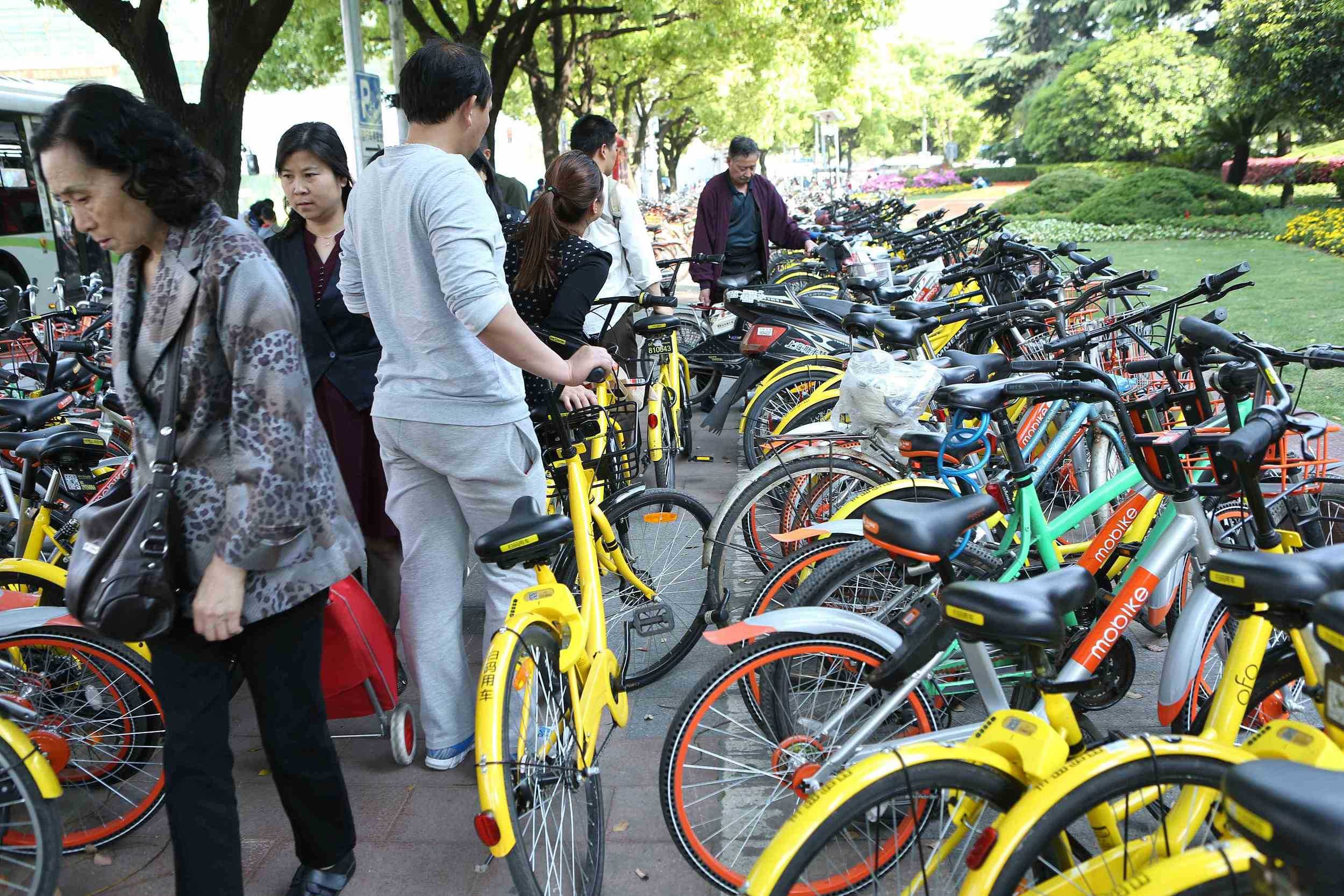 Dockless bikes can cause inconvenience in public areas. /VCG Photo

"From about 20 years ago, China has turned its automobile industry into a pillar industry,” Yang Fengchun, associate professor at Peking University, told South China Morning Post. "Therefore, you see Chinese cities today are built for the convenience of cars. Cities are very unfriendly for bikes.” 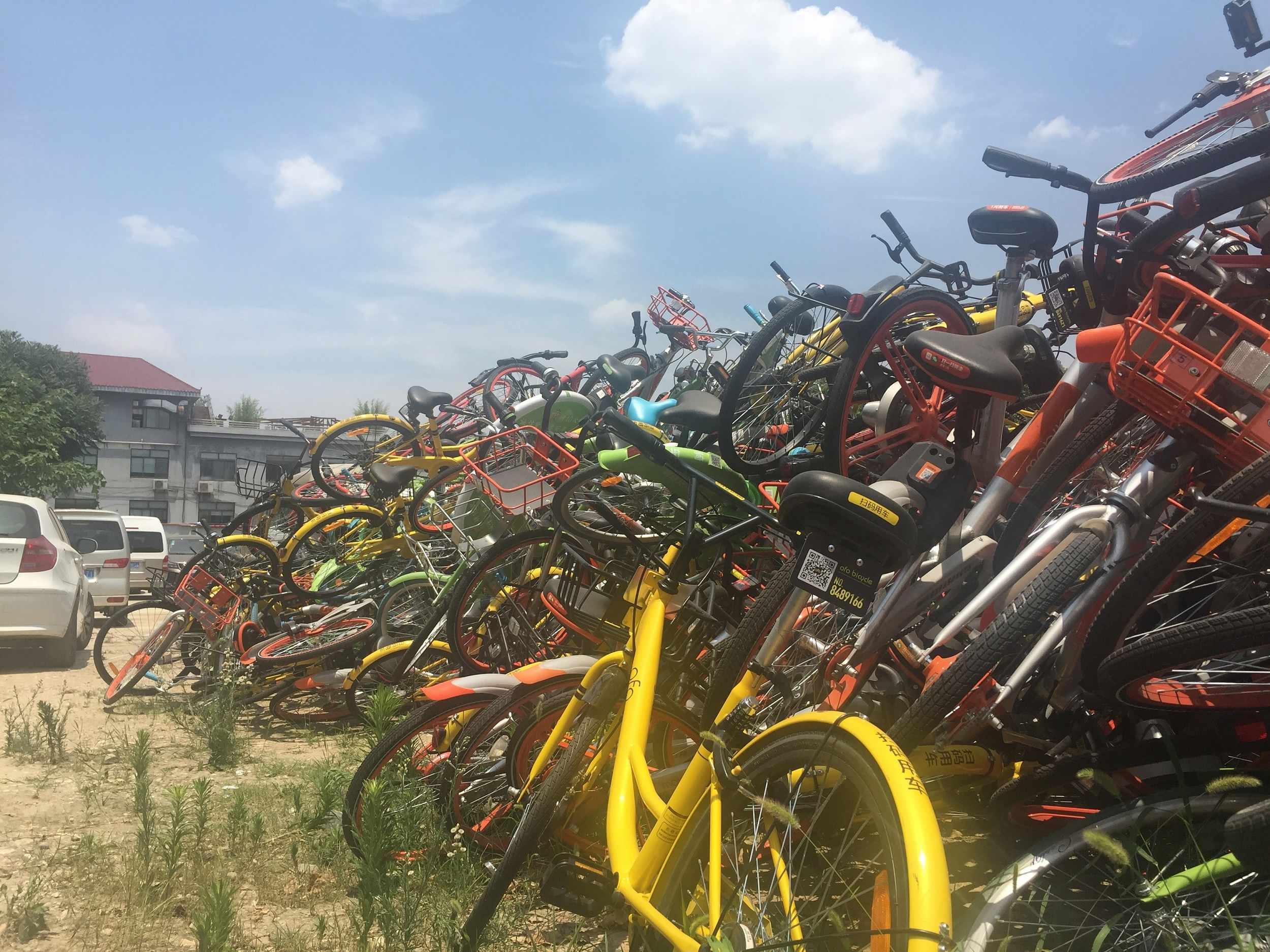 According to the Chinese government's database, almost 63 percent of commuters rode bicycles to work in 1980. By 2000 the number had plummeted to 38 percent, and has dropped to less than 12 percent nowadays.

Car use, meanwhile, has escalated. In 2010 alone, China bought 13.5 million vehicles, overtaking the US to become the world’s largest car market.

"You see Chinese cities today are built for the convenience of cars. Cities are very unfriendly for bikes." 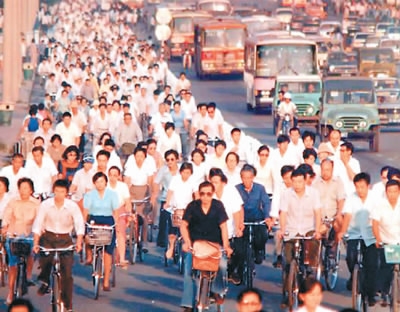 The bicycle lanes were wider in 1980s' Beijing than they are today. /Xinhua Photo

The poor quality of some public shared bicycles, on top of the enormous quantity, has led to huge waste.

Online complaints about the low quality of shared cycles, and the problems these broken bikes cause, abound. 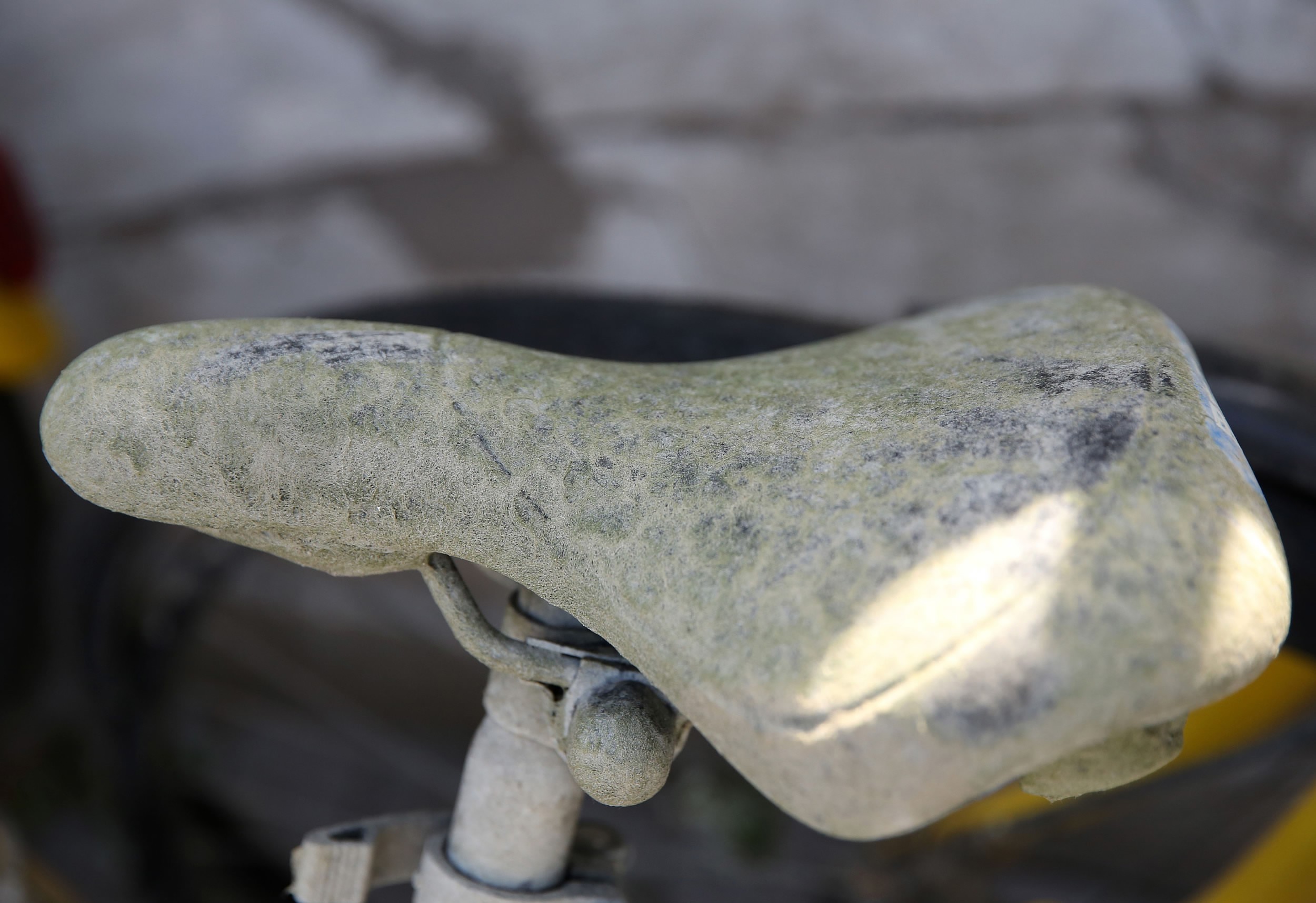 Broken bikes were seen floating on South Moat near Guangming Road in Beijing in June, and were removed from the river. /VCG Photo

In a survey released by Beijing Municipal Bureau of Statistics in May, over 72 percent of the participants said they had encountered broken bicycles. Damaged cycles can be seen dumped in piles in Beijing and many other Chinese cities.

The recycling of scrapped bikes carries few benefits, and recycling businesses simply do not want to buy the cycles from bike sharing businesses, according to Southern Weekly. 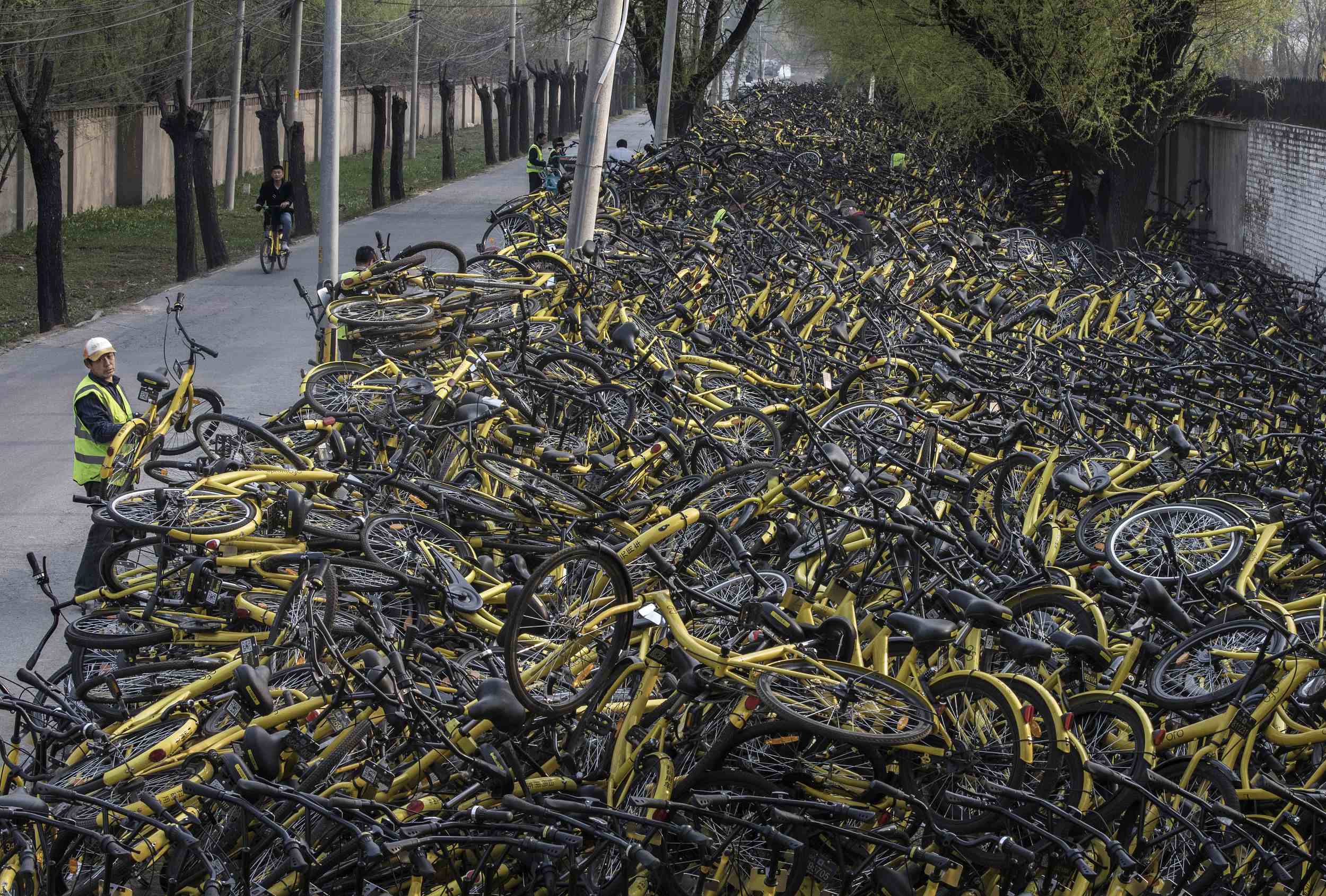 Broken bikes in piles on a street in Beijing, March 2017. /VCG Photo

Public shared bikes were designed to be environmentally-friendly substitutes for cars, against pollution in China. But the lack of disposal options when they are no longer fit for purpose make them a threat.

Some bike sharing businesses have hired mechanics and set up repair stations, but these are rare and hard to find.

Chinese environmental science-focused website Feijiu reported that experts suggest businesses upgrade the quality of bicycles to reduce waste, and have also urged the government to set up recycling systems for bicycles.