Jesus Flores, 59, lives in the US rust-belt state of Illinois. Eighteen years ago, just as he became a father, he lost his job.
With the added burden of being responsible for a new life, Flores was beside himself with worry about how he would provide for his growing family.
Luckily for Flores, an answer to his problems came in the form of a Chinese automaker. Not long after he lost his job, Wanxiang opened a factory near his home and Flores has been employed there ever since.
"My daughter is now going to college. My job at Wanxiang means that she has the opportunity to do that," he said. 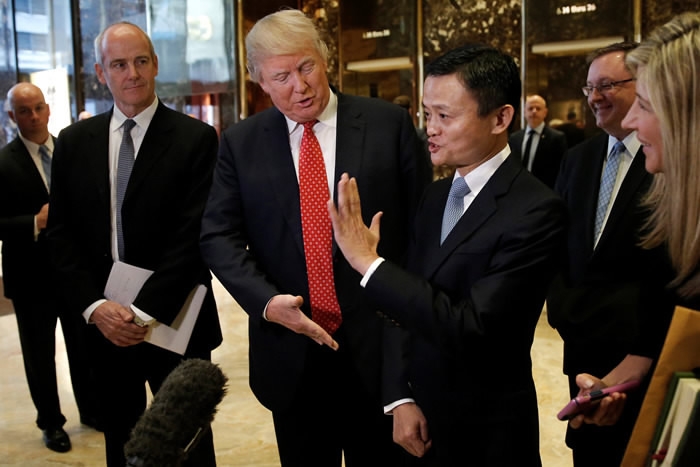 China's Alibaba Executive Chairman Jack Ma says he plans to create one million jobs in the United States after a meeting with Donald Trump in January 2017. /CFP Photo
Wanxiang has acquired many firms on the brink of bankruptcy, Gary Wetzel, CEO of Wanxiang America, explained, in fact, he added, "People would be out of work if not for Wanxiang."
While China and job losses are discussed as one and the same by certain parties on Capitol Hill, the reality could not be more different. Chinese companies are opening new plants and hiring people in America – a scenario largely absent from the rhetoric of some US politicians.
Chinese investment in the US outstripped US investment in China for the first time in 2015, according to the Rhodium Group, a New York-based consultancy.
It surged to a record 45.6 billion US dollars in 2016, triple the amount of 2015. Chinese investment has supported about 104,000 jobs in the United States.
In Lancaster County, South Carolina, China's Keer Group is due to complete the second phase of its cotton mill complex later this year. The first phase of the project started operation in 2015, and created 300 local jobs.
The company is confident it will create at least 500 local jobs by the end of 2017.
"Since 2011, we have had 850 million US dollars of investment from Chinese companies, leading to the creation of over 2,000 jobs. It has had a big impact on our small state," said Amy Thomson, director of international strategy and trade under the South Carolina department of commerce.
South Carolina was once the epicenter of the US textile industry. Since the 1980s, however, textile manufacturing has been transferred to Latin America and Asia as producers have sought cheaper materials and labor.
"It is interesting that manufacturing is coming back by way of China and with it well-paying jobs. We are very appreciative for that," she said.
John Ling, president of the Council of American States in China, who brokered the Keer deal, was amazed by how quickly Chinese companies have been able to start their businesses in the United States. 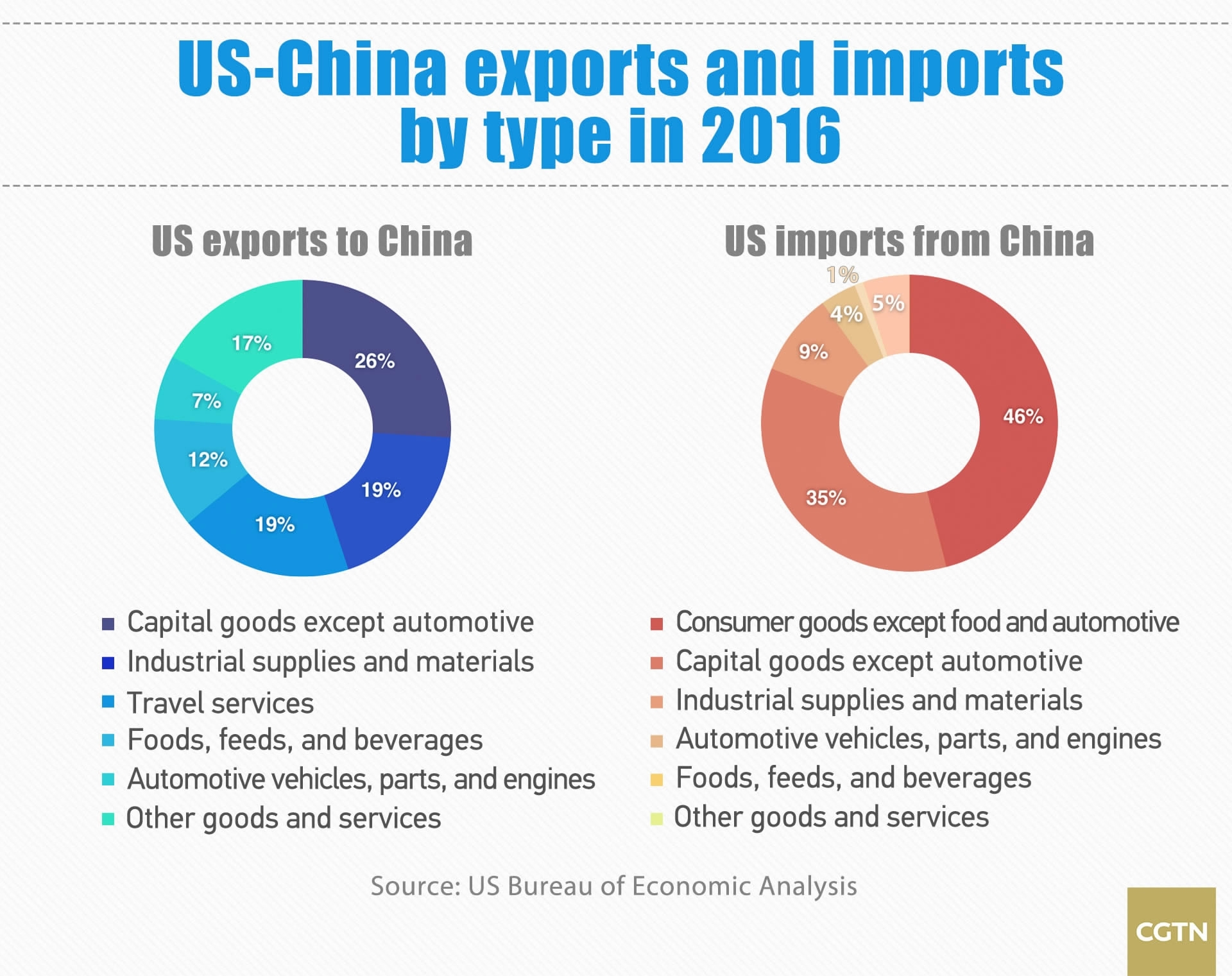 CGTN Graphic
"When I was sent to China to open the first US state office in 2005, with the sole purpose of bringing Chinese manufacturing investment projects to the US, people would look at me like I was out of my mind," he said.
So far, he has brokered Chinese greenfield investment projects worth over 2 billion US dollars into the southeast of America, creating thousands of local jobs.
"More and more US states are increasing recruitment efforts to help land the next Chinese manufacturing project. I believe this would give more leg to a more healthy bilateral economic relationship in the future," he said.
With production costs between the two countries narrowing fast, the Rhodium Group estimates that by 2020, Chinese investment in the US could be as high as 200 billion US dollars.
Zhu Shanqing, president of Keer Group, admitted that the biggest challenge is how to bridge the culture gap, given their vastly different ways of thinking and doing.
When Chinese companies are investing billions of dollars in America, they are also building communities of Americans that will better understand China, said Stephen Orlins, president of the National Committee on US-China Relations.
It will work for building a constructive US-China relationship in the 21st century, he said.
(Source: Xinhua)
Related stories:
Where did manufacturing jobs in the US go?
US reports: China is not 'stealing' but creating jobs in the country
Copyright © 2017