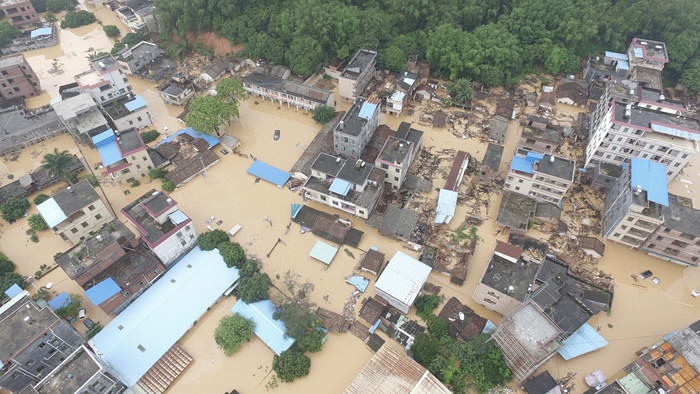 Zengcheng district in east Guangzhou is badly hit by a rainstorm on May 7, 2017. /VCG Photo 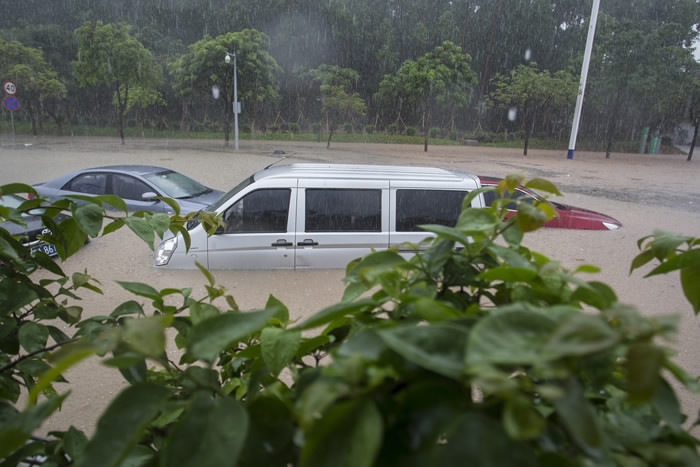 Panyu district in south Guangzhou is badly hit by a rainstorm on May 7, 2017. /VCG Photo
According to preliminary statistics, a total of 172 houses collapsed and 6,925 people were evacuated across the city. No injuries or deaths have been reported yet.
Armed police officers and flood rescuers have been dispatched, and a dike breach in Huadu district has been fixed, Guangzhou flood control headquarters said.
Rainstorm blue alert
The National Meteorological Center of China Meteorological Administration (CMA) issued a rainstorm blue alert at 6 p.m. on Sunday, forecasting more rainstorms in the coming days.
China has a four-tier color-coded warning system for severe weather, with red being the most serious, followed by orange, yellow and blue. 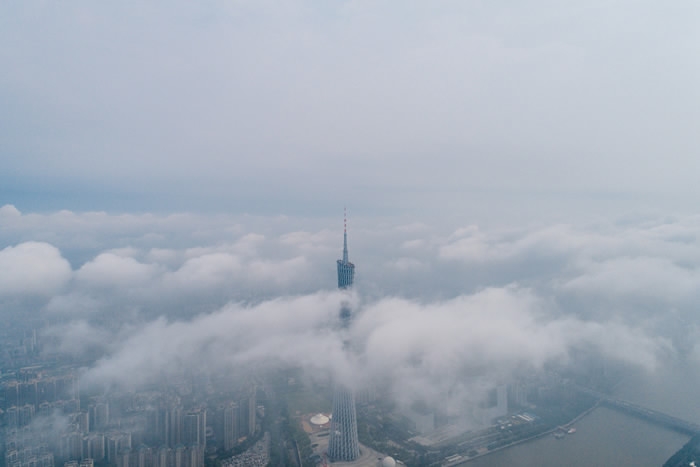 The city center of Guangzhou on the afternoon of May 7, 2017 after a rainstorm stopped. /VCG Photo
From Sunday night to Monday night, parts of Guizhou Province, Guangxi Zhuang Autonomous Region and Guangdong Province in south China, Hunan Province in central China as well as Jiangxi and Fujian provinces in east China will be hit by torrential rain (50-90 millimeters), with thunder or hail expected in some areas. 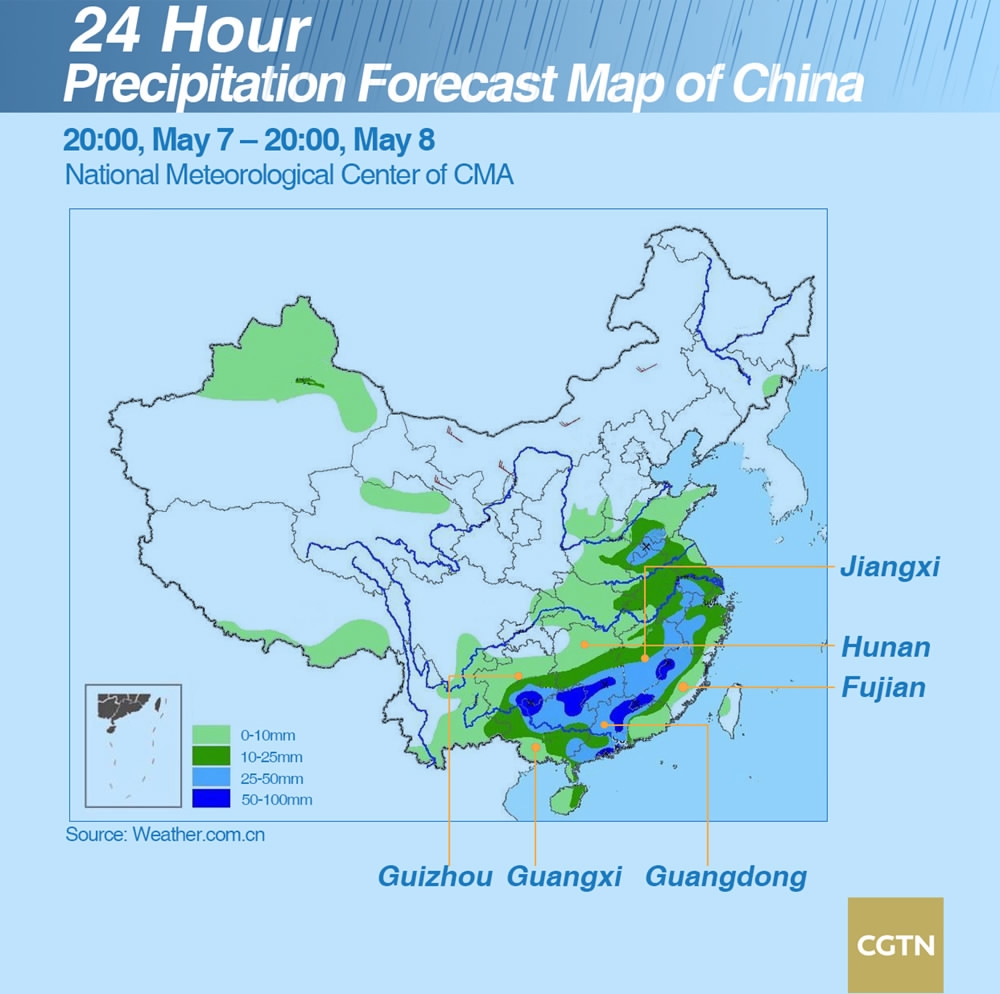 CGTN Graphic‍
Local authorities were asked to prepare for emergencies, cut off power in dangerous areas and be on guard against floods and landslides.
Related story:
Residents trapped as rainstorms pound northern Guangzhou
Copyright © 2017