Opinion: Why China is not to blame for the DPRK deadlock
POLITICS
By Wang Lei

US President Donald Trump slammed China for not helping with the DPRK situation in a pair of tweets on Saturday, despite the fact that it is the United States, not China, that holds the key to breaking the deadlock.

"I am very disappointed in China," Trump tweeted after the Democratic People's Republic of Korea (DPRK) tested two Intercontinental Ballistic Missiles (ICBMs) in less than four weeks, accusing China of doing "NOTHING" but "talk" with the DPRK. 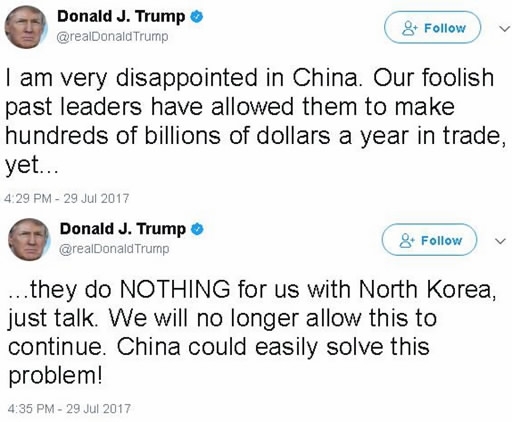 However, China has made it clear that the root cause of the DPRK nuclear crisis is Pyongyang's sense of insecurity against Washington and the latter's failure to address its "legitimate security concerns".

While Washington puts its faith in sanctions and military coercion, which have been counterproductive, Beijing is committed to achieving the goal of denuclearization of the Korean Peninsula through peaceful negotiations and has proposed "double suspension" and "dual track" approaches to defuse the looming crisis.

Responding to calls from the US and Japan for China to take more responsibility and exert more influence on the DPRK, Chinese Foreign Ministry spokesman Geng Shuang said on July 11 that the core of the Korean Peninsula nuclear issue is the conflict between the DPRK and the US, adding that the nature of the issue is security.

China is neither the focus of the issue nor is it escalating tensions, so the country does not hold the key to solving the issue, Geng stated. 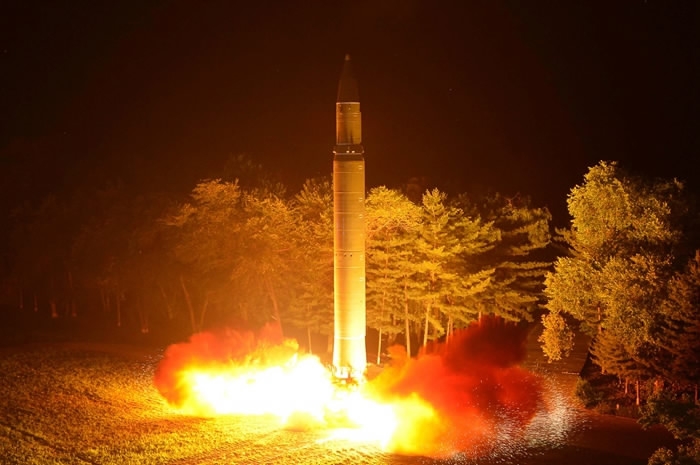 Those who exaggerate and highlight China's responsibility either lack a full and clear understanding of the issue or have ulterior motives, he said at a daily press briefing. "The 'China responsibility theory' on the peninsula nuclear issue can stop."

During a United Nations Security Council ministerial level meeting in late April, Chinese Foreign Minister Wang Yi stressed that China is not a focal point of the problem on the peninsula.

"The key to solving the nuclear issue on the peninsula does not lie in the hands of the Chinese side," Wang said.

The DPRK, which relied on its "main backer" – the Soviet Union during the Cold War, "felt extremely insecure" with the decline and disintegration of the USSR in the early 1990s, she said, adding that the rapid economic growth in the Republic of Korea (ROK) also added to DPRK's anxieties. 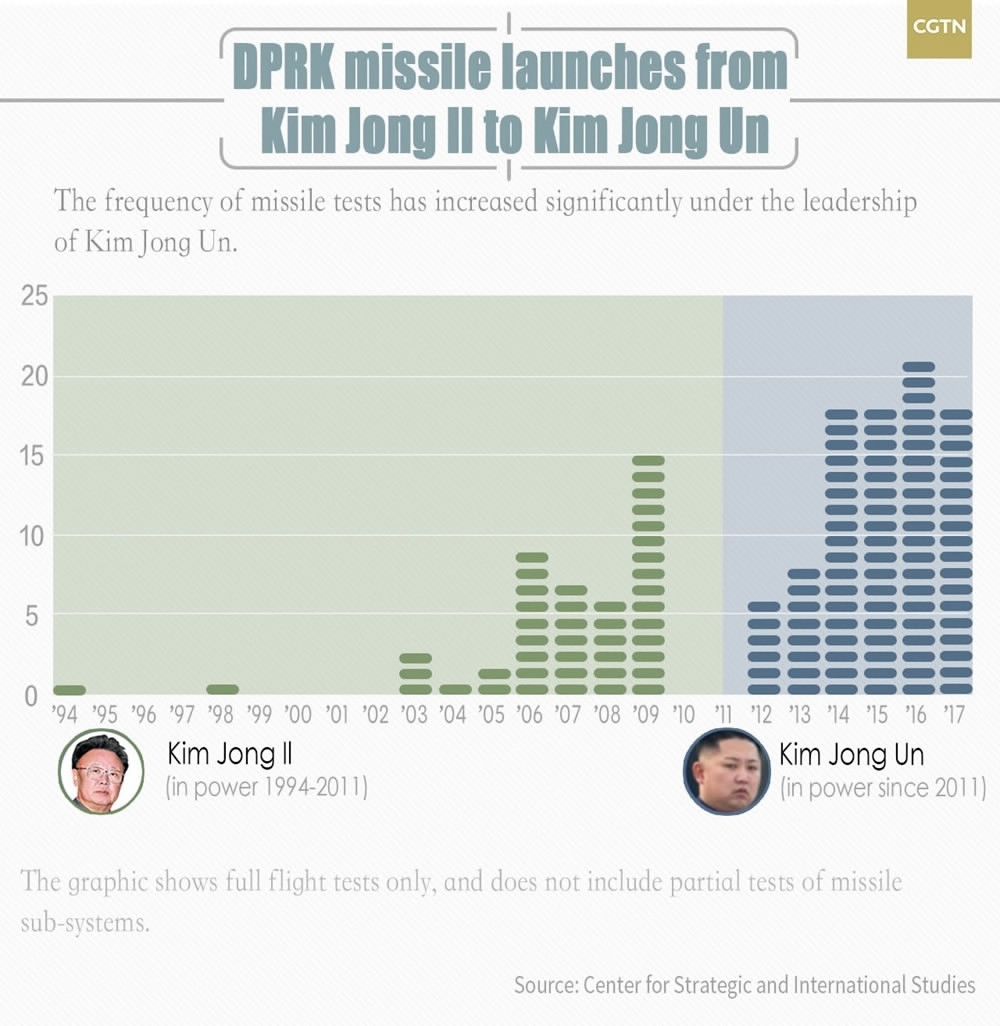 According to the veteran diplomat, Pyongyang is determined to possess nuclear weapons to ensure its security after failed negotiations with successive US administrations.

Fu also stressed it is the US that holds the key to the issue because the DPRK sees the US as a threat to its security.

China has been working hard to play its role both as a mediator and a party to UN sanctions, but it does not have the leverage to force either the US or the DPRK to address each other's concerns, she said.

Efforts and proposals by China

Trump claimed that China has done nothing on the DPRK issue, but that fact is that Beijing has been committed to the goal of denuclearization of the peninsula and has made every effort to ease tensions.

"China has over the years made unremitting efforts and played a unique role in promoting a negotiated solution of the issue," the Chinese foreign minister said at the UN Security Council meeting, adding that, "it was through China's efforts and the support of all parties that the Three-Party Talks on the peninsula nuclear issue was expanded to the Six-Party Talks." 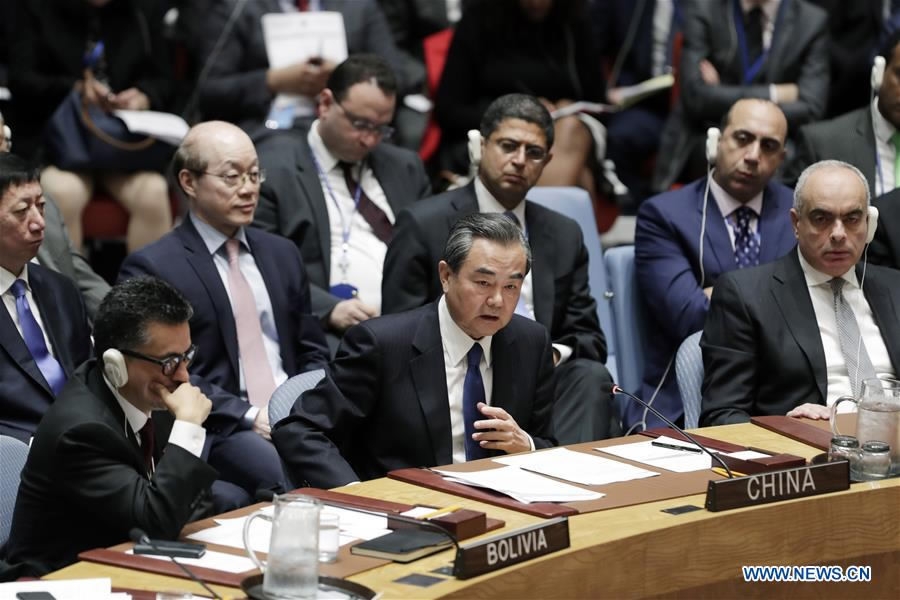 Chinese Foreign Minister Wang Yi (C) speaks during a ministerial meeting of the UN Security Council on the nuclear issue of the Korean Peninsula, at the UN headquarters in New York, April 28, 2017. /Xinhua Photo

As tensions and hostile rhetoric escalated between Pyongyang and Washington this year, China has put forward "double suspension" and "dual track" proposals to bring relevant parties back to the negotiating table.

"As a first step, the DPRK may suspend its nuclear and missile activities in exchange for the suspension of large-scale US-ROK military exercises," Wang told a press conference of the annual NPC session in March.

"This will help the parties to break out of the security dilemma and return to the negotiating table," Wang said.

"We may follow the dual-track approach of denuclearizing the peninsula on the one hand and establishing a peace mechanism on the other," he added.

Meanwhile, China has repeatedly urged for restraint on the issue.

Who is responsible for escalated tension?

Unfortunately, the US insists on using sanctions and military pressure to coerce the DPRK into abandoning its nuclear and ICBM programs, leading to more and more test launches by Pyongyang instead.

The US is deploying a powerful Terminal High Altitude Area Defense (THAAD) anti-missile system in the ROK, a controversial move Washington claims is aimed to protect Seoul from Pyongyang's threat but is strongly condemned by China and Russia.

In a commentary published by China Daily last year, Guo Xinning, vice president of the College of Defense Studies at China's PLA National Defense University, said the deployment of THAAD in South Korea would tip the "already fragile" strategic balance on the Korean Peninsula more in favor of the south and further intensifies the DPRK's sense of insecurity, resulting in an accelerated advancement of its nuclear weapon program.

His words are becoming a reality. The DPRK has already fired 18 missiles in 12 tests since February. 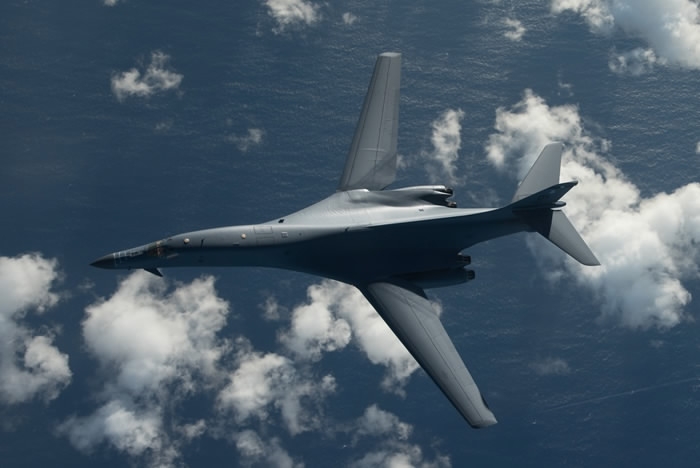 One of the two US Air Force B-1B Lancer Bombers flies a 10-hour mission from Andersen Air Force Base, Guam, into Japanese airspace and over the Korean Peninsula, July 30, 2017. /Reuters Photo

But the US has not learned its lesson. Instead, it is deploying more THAAD launchers in South Korea and sending more warplanes to the peninsula. On Sunday, two US Air Force B-1B bombers conducted a joint exercise with two Japanese fighter jets off the peninsula.

Besides, Trump suggested in his tweets that the US should adopt a tougher stance on trade relations with China since he believes Beijing has not helped with the DPRK issue.

As the China-US Comprehensive Economic Dialogue progresses well and American beef returns to the Chinese market in July, Trump should ask himself what went wrong with his DPRK approach rather than shifting the blame to China and using the DPRK as a bargaining chip in trade talks between the world's two largest economies.

US bombers fly over Korean Peninsula after DPRK missile launch

Why did the DPRK fire two ICBMs within a month?

First US beef delivered to China after 14-year embargo lifted