Leung Chun-ying, chief executive of Hong Kong Special Administrative Region (SAR), told CGTN that the practice of the "One Country, Two Systems" principle in Hong Kong over the past two decades had been a success. He also explained the reasons behind the success and how to ensure the principle can be implemented without distortion.

"First, the concept itself is scientific and pragmatic," Leung said in an interview ahead of the 20th anniversary of Hong Kong's return to China. "Meanwhile, the central government and Hong Kong have made huge efforts to bring the concept of 'One Country, Two Systems' into reality."

The concept became a reality by drafting and enacting the Basic Law, he added. 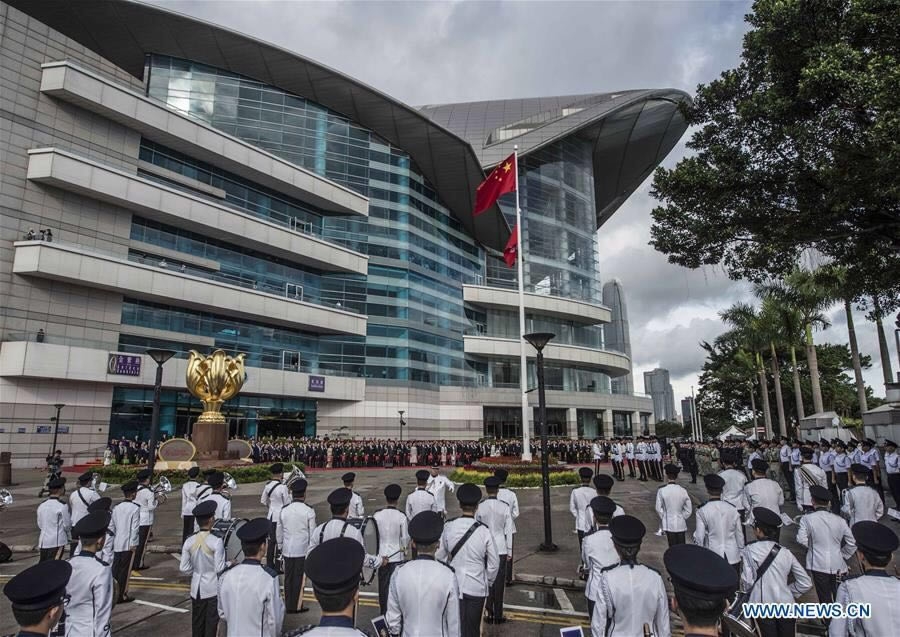 A flag raising ceremony is held at the Golden Bauhinia Square in Hong Kong, south China, July 1, 2016, to celebrate the 19th anniversary of the establishment of Hong Kong Special Administrative Region. /Xinhua Photo

The Basic Law, Hong Kong's highest piece of regional legislation, took nearly five years to finish drafting. Leung, who was the secretary-general of the Hong Kong Basic Law Consultative Committee from 1988 to 1990, said all 160 articles of the Basic Law were thoroughly discussed.

The committee printed about one million copies of the consultation for the six-million Hong Kong residents at the time to read, he said.

"The first task was to collect public opinions on the copies of the consultation of the Basic Law," he recalled. "I went to every neighborhood to listen to local residents."

After nearly three decades, Leung still remembered many of their questions. "One of the questions was: 'What kind of notes should we use when we buy our first breakfast after the handover?' This was a very practical question that everyone cares about. And I replied that the answer was covered in the consultation. The legal tender for Hong Kong SAR is the Hong Kong dollar," he said. 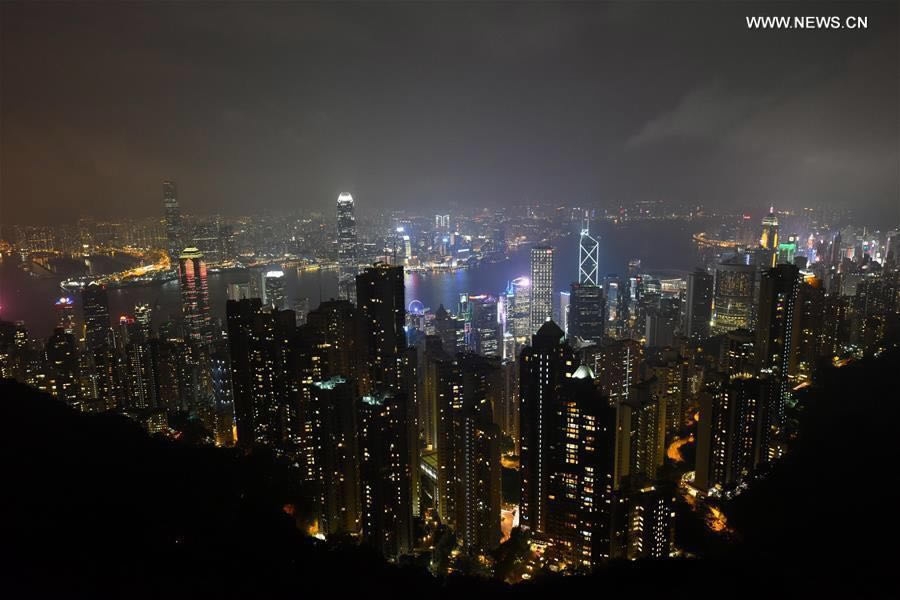 In Leung's view, the practice of the "One Country, Two Systems" principle in the SAR over the last 20 years is successful. "It is normal that some new situations or new problems emerge in the process," he acknowledged.

"To ensure the 'One Country, Two Systems' principle is implemented without distortion, we must strictly follow the Basic Law," Hong Kong's top leader stressed, adding that the Hong Kong society must develop a comprehensive and accurate understanding of the Basic Law – not only its articles, but also "the original ideas behind each article written into the Basic Law in 1990."

Taking the election of Hong Kong's chief executive as an example, Leung said according to the Basic Law, the chief executive-elect needs to be appointed by the central government no matter how he or she is chosen.

The 62-year-old said the logic represented the original idea in the Basic Law. "Therefore, we cannot just talk about choosing the chief executive through democratic elections without considering the authorization by the central government – in other words, the necessity of the authorization and appointment by the central government," he went on to say. 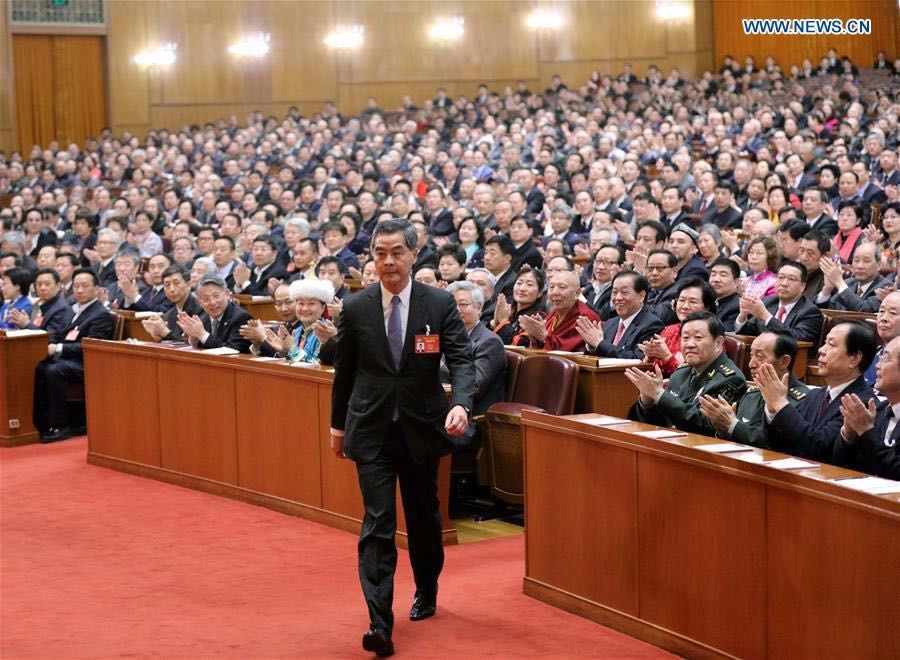 Leung Chun-ying walks to the rostrum after being elected vice chairman of the 12th National Committee of the Chinese People's Political Consultative Conference at the Great Hall of the People in Beijing, March 13, 2017. /Xinhua Photo

Leung, who took office in 2012 and announced late last year that he would not seek a second term in 2017 due to family reasons, will be succeeded by Carrie Lam Cheng Yuet-ngor on July 1. He was elected vice chairman of the 12th National Committee of the Chinese People's Political Consultative Conference in March.

CY Leung: Adherence to 'One Country, Two Systems' is best for Hong Kong