A total of 55.64 million Chinese rural residents were lifted out of poverty from 2013 to 2016 and at least another 10 million will shake off poverty this year, which means the number of rural Chinese lifted out of poverty in five years will exceed 65 million – roughly the population of a major European country such as Britain, France or Italy. 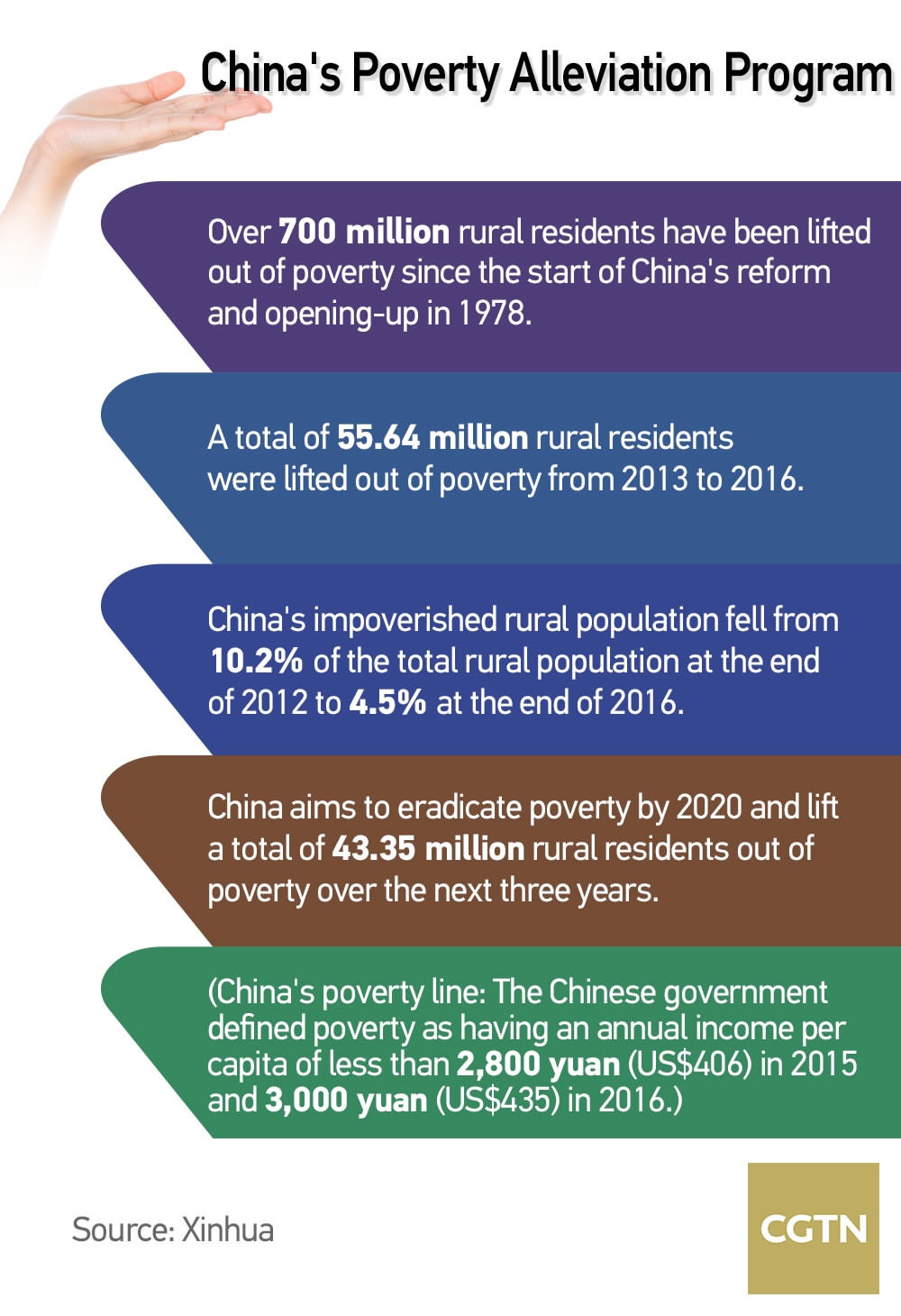 With over 700 million rural residents lifted out of poverty since the start of China's reform and opening-up in 1978, the country aims to lift at least 10 million people out of poverty annually over the next three years and eradicate poverty by 2020.

The Chinese leadership has made a solemn promise to lift every poor citizen out of poverty by the end of the decade and lead the Chinese people into an all-round moderately prosperous society.

Since the 18th National Congress of the Communist Party of China (CPC) in November 2012, the Chinese leadership has placed poverty alleviation high on its agenda.

There were still 122 million impoverished people nationwide in 2012 – just eight years from 2020, when China plans to complete the building of an all-round moderately prosperous society. 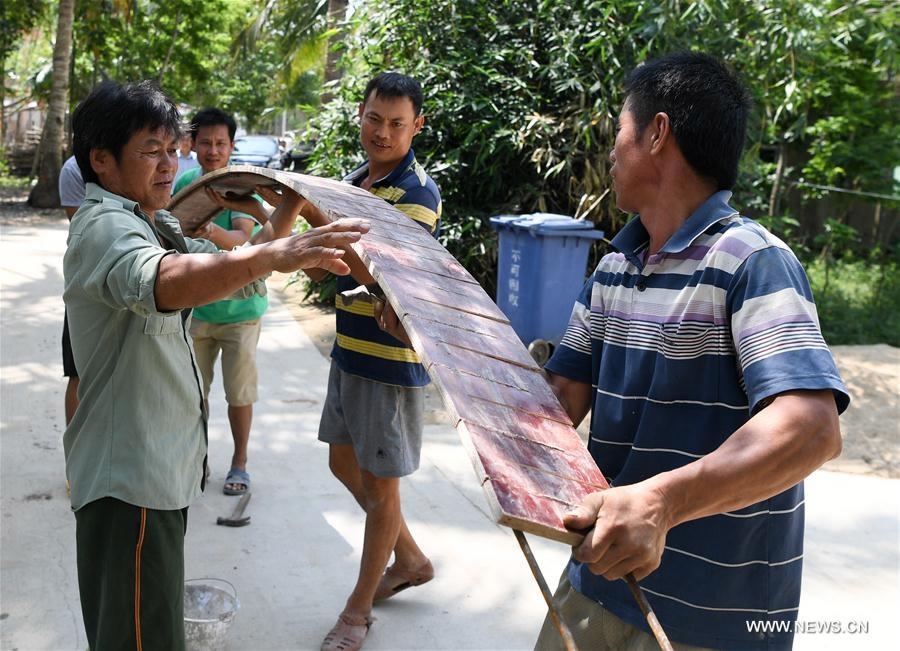 "The most arduous and heaviest task facing China in completing the building of an all-round moderately prosperous society is in the rural areas, especially the poverty-stricken regions," Xi Jinping, general secretary of the CPC Central Committee, said during a tour around impoverished villages in Fuping County, Hebei Province in north China in December 2012.

Four years later, Xi, also the Chinese president, reiterated that fighting poverty was the fundamental task in building an all-round moderately prosperous society during another visit to poor villages.

During the past four and a half years, Xi paid more than 30 visits to different regions across the country and mentioned poverty relief in almost every visit, getting firsthand information on the situation of poor people and encouraging them to shake off poverty in various ways. 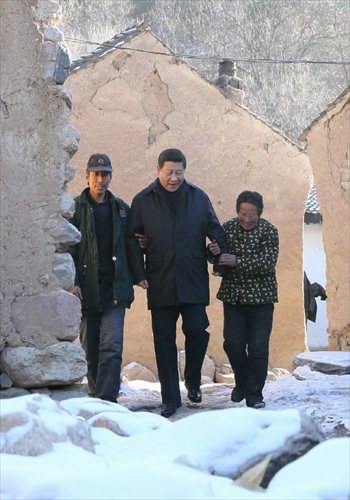 Special funds on poverty reduction have been increasing every year. In 2016 alone, the central government and provincial authorities spent more than 100 billion yuan (about 14.5 billion US dollars) on poverty reduction and dispatched 128,000 task forces and over 540,000 officials to combat poverty in poor villages. 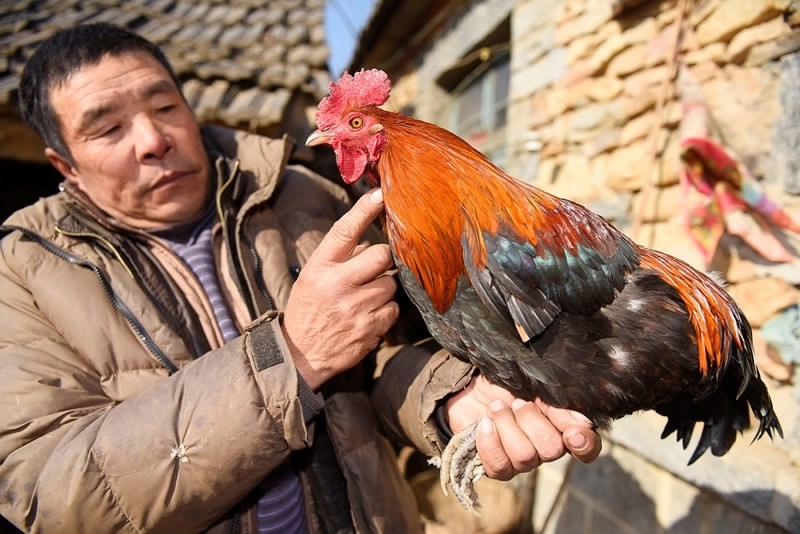 Cui Jiutai, a villager in Donggang District, Rizhao in east China's Shandong Province, looks at his rooster which he hopes to sell at a good price on January 16, 2017. /VCG Photo

China's commitment to eradicating poverty has also been manifested by the launch of an annual National Poverty Alleviation Day in 2014.

October 17, 2017 will mark the fourth National Poverty Alleviation Day of China and the 25th International Day for the Eradication of Poverty.

China will hold a number of special events around the date, including the Global Poverty Reduction and Development Forum and some activities to review China's efforts and achievements in poverty relief in recent years, the State Council Leading Group Office of Poverty Alleviation and Development announced on Monday.

Poverty alleviation in China: A young man sticking with the land

Jinggangshan first to be delisted as 'impoverished county' in China