Year-end Review: How are US-China relations doing in 2017?
Guest commentary by Rick Dunham 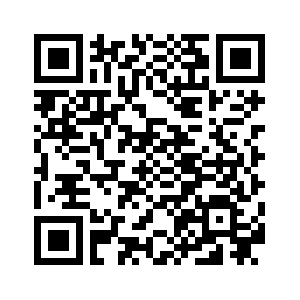 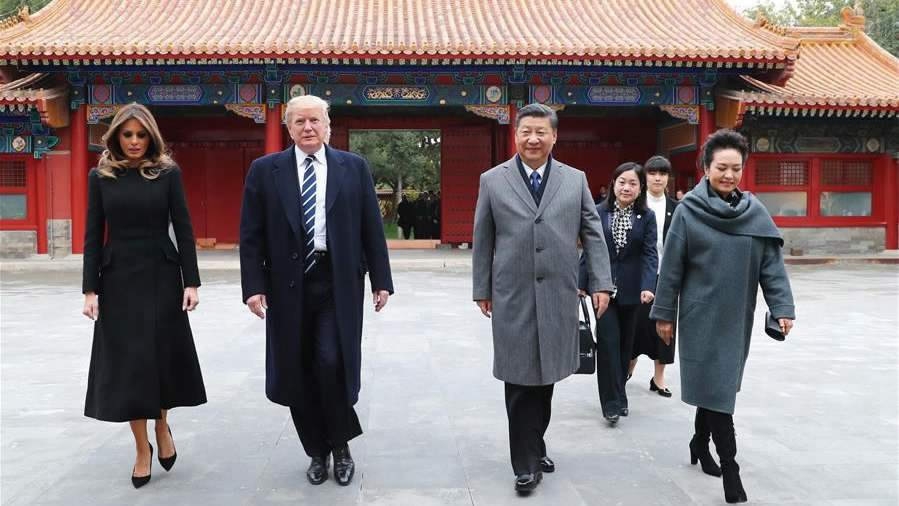 The US-China bilateral relations during the first year of the Trump presidency have been like the summer weather at Mar-a-Lago: sunshine and warmth, interspersed with the occasional deluge from an unwelcome storm - and it was like this in 2017’s final week too, when Donald Trump granted an impromptu interview to the New York Times after yet another round of golf at his Florida resort.
“I like very much President Xi,” Trump told reporter Michael Schmidt on Dec. 28, basking in the red-carpet treatment he received seven weeks earlier in a “state-visit-plus” to Beijing. “He treated me better than anybody’s ever been treated in the history of China…. He’s a friend of mine. He likes me. I like him. We have a great chemistry together.”
Yet, a few minutes later, the volcanic Trump temper erupted at China’s trade practices, returning to the trade-war bellicosity of his 2016 presidential campaign, when he threatened 45 percent retaliatory tariffs on Chinese goods.
“China on trade has ripped off this country more than any other element of the world in history has ripped off anything,” he raged. “If they don’t help us with North Korea, then I do what I’ve always said I want to do.” 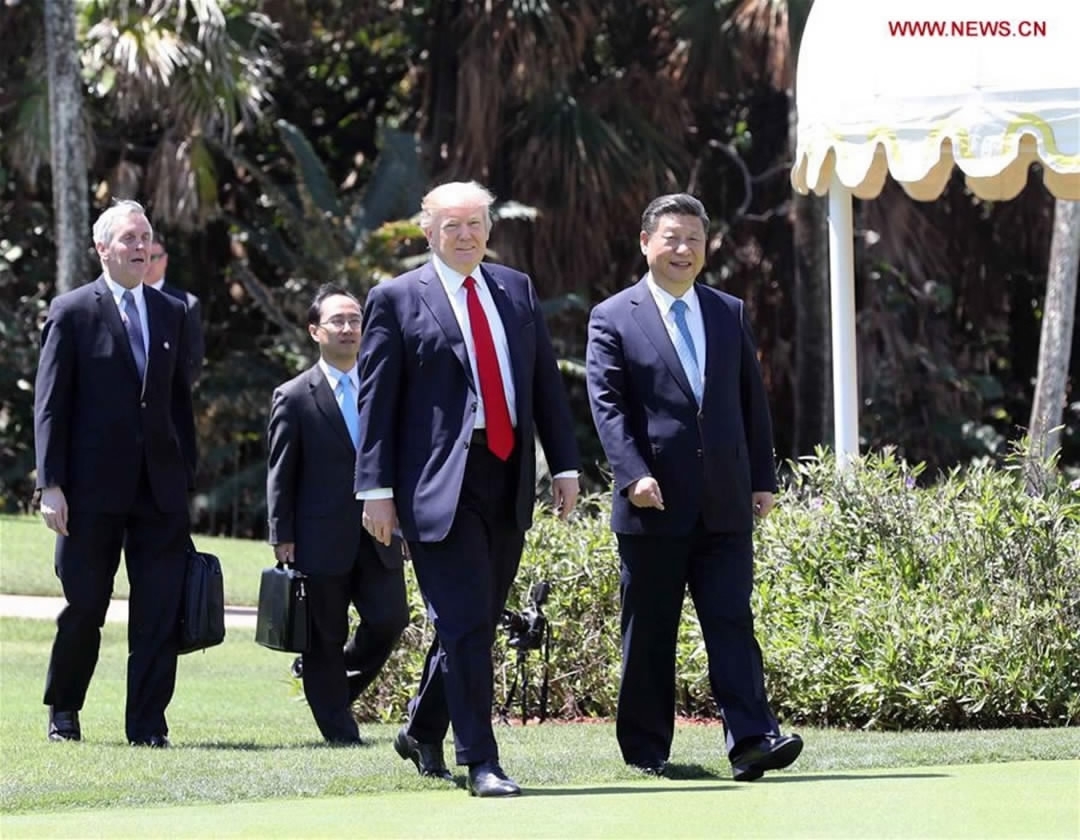 Such is American diplomacy in the time of Trump. Decades of US foreign policy has been discarded as the populist-talking president hews to an “America First” concept that has confounded traditional allies and confused nations everywhere.
Personal relationships, rather than historical ties, have guided Trump’s dealings with world leaders. Tensions have flared between Trump and the leaders of Australia, Mexico and Great Britain.
At the same time, Trump has expressed deep respect for China’s Xi Jinping, Russia’s Vladimir Putin, the Philippines’ Rodrigo Duterte, and Saudi Arabia’s Salman bin Abdulaziz. Trump in November lavishly praised President Xi as “a strong man” and “a very special man” who received an “extraordinary elevation” at the 19th National Congress of the Communist Party of China.
Personal affection is a prerequisite for good relations in Trump’s Washington, but it only goes only so far. The US president blasted China during the 2017 APEC meeting in Vietnam for alleged intellectual property theft. And his government’s annual National Security Strategy on Dec. 18 named China and Russia as “rivals” that seek to “challenge American power, influence, and interests.” 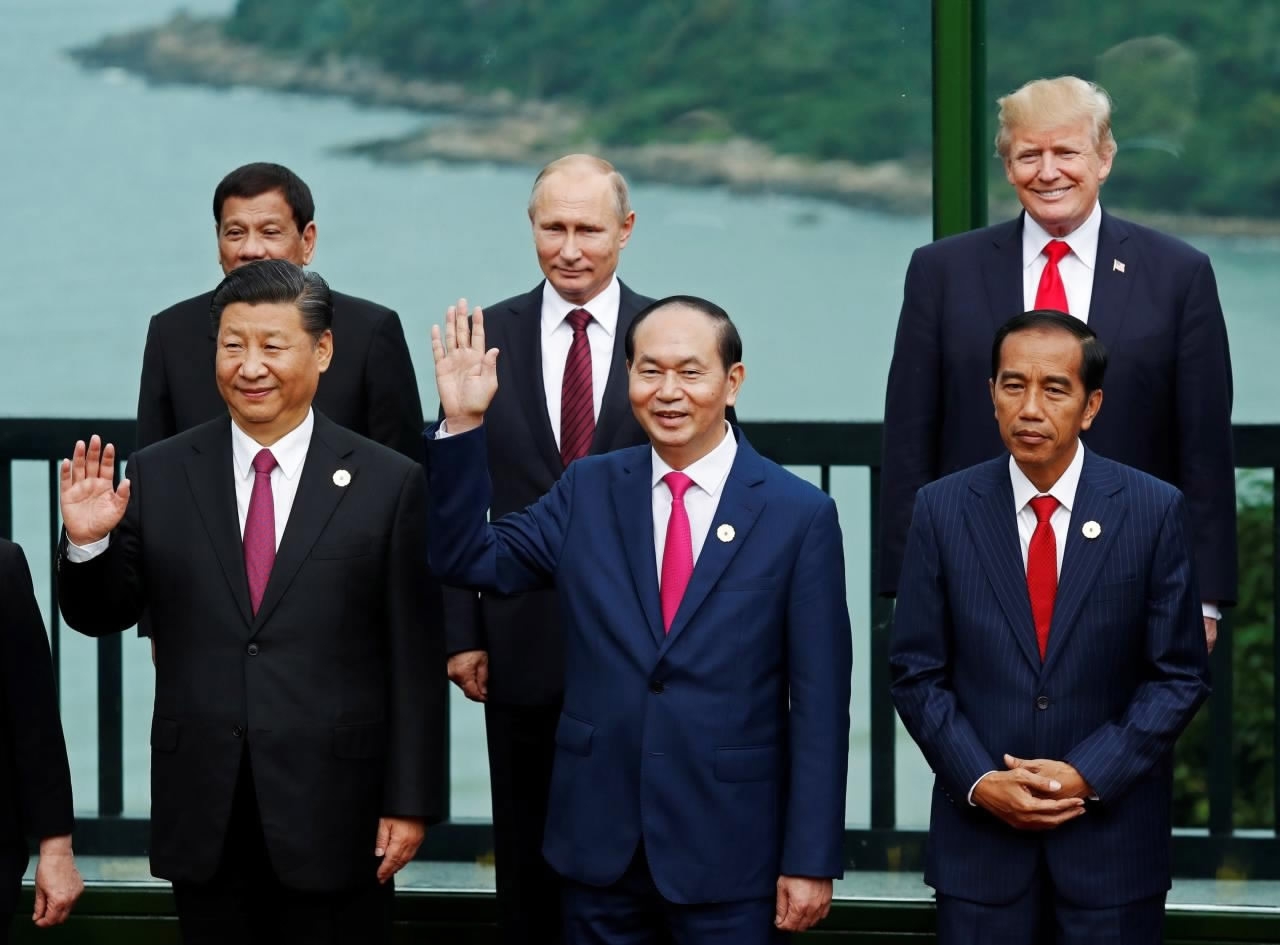 Veterans of the US foreign policy establishment lament the conflicting messages delivered by Trump and his White House team. They see a foreign policy based on presidential moods and personal pique. Senate Foreign Relations Committee, Chairman Bob Corker says Trump behaves “like he’s on a reality show” and that he should leave diplomacy “to the professionals.” Richard Haas, president of the Council on Foreign Relations, expressed his frustrations recently: “Is nobody thinking strategically about relationships or priorities?”
Despite the policy gyrations at the White House, US-China relations ended 2017 close to where they began it, with both countries emphasizing their common interests on global economic growth, anti-terrorism activities and bilateral market openings, while trying to manage long-standing differences.
“Cooperation is the only right choice for us,” Chinese Foreign Ministry spokesperson Hua Chunying declared on Dec. 29. “When it comes to disagreements, we shall strive to resolve them in a constructive way on the basis of mutual respect so as to avoid disrupting the long-term development of bilateral relations.” 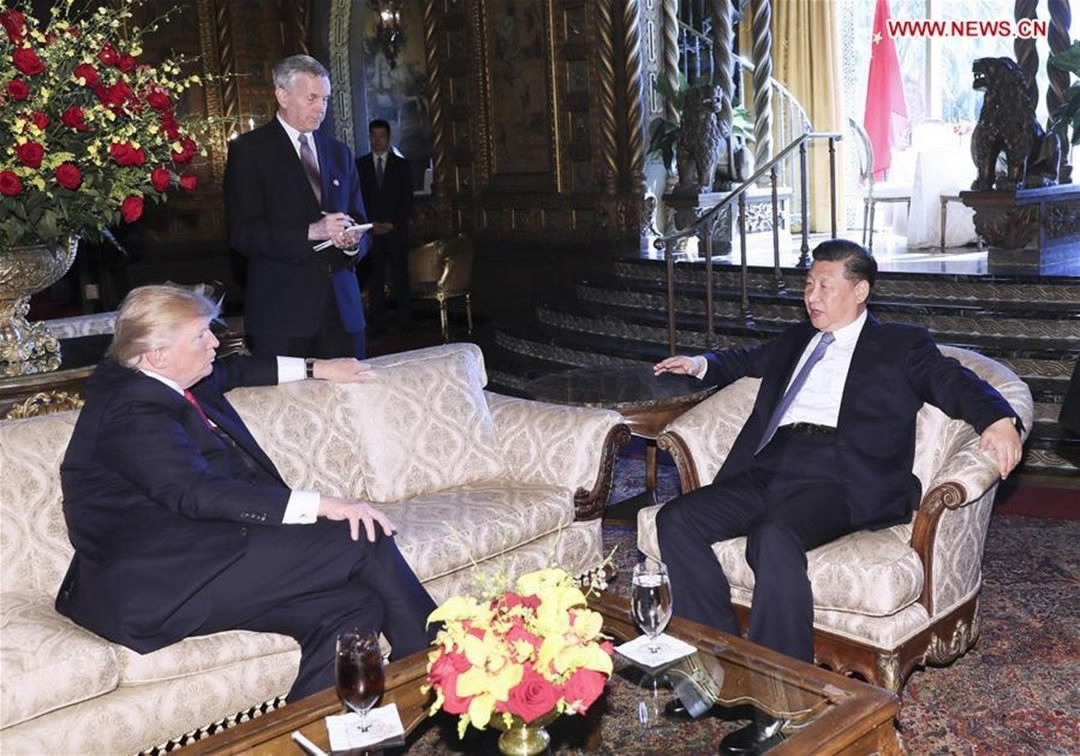 Chinese President Xi Jinping (R) and his US counterpart Donald Trump (L) hold the second round of talks in the Mar-a-Lago resort in Florida, the US, April 7, 2017. /Xinhua Photo‍

Chinese President Xi Jinping (R) and his US counterpart Donald Trump (L) hold the second round of talks in the Mar-a-Lago resort in Florida, the US, April 7, 2017. /Xinhua Photo‍

Both countries are aware of their mutual economic interdependence. Bilateral trade has grown from 2.5 billion US dollars in 1979 to 524.3 billion US dollars in 2016, a 209-fold increase in the past four decades. The US is China’s leading export market, and China is the third-largest destination for American goods and services. Chinese foreign direct investment in the US has increased more than 13-fold since 2005. And China continues to finance bonds that underwrite America’s deficit spending.
The relative normality of US-China relations masks a sharp shift in American global priorities. Trump has retreated from international institutions such as the United Nations and NATO and multilateral agreements such as the Paris climate change accords, The Trans-Pacific Partnership (TPP) and North American Free Trade Agreement (NAFTA).
Meanwhile, China is becoming an integral part of international affairs through the Belt and Road Initiative, the Asian Infrastructure Investment Bank (AIIB), and an enhanced role in the UN.
As Trump’s first year in the White House comes to an end, the nuclear crisis on the Korean Peninsula remains the most volatile issue in US-China relations. China strongly opposes American deployment of the Terminal High Altitude Area Defense (THAAD) missile defense system. And Trump has repeatedly insisted that China “is not helping us enough” on Korea, an assertion flatly rejected in Beijing. Trump, in his New York Times interview, claimed he has been “soft on China” because of the sensitivity of the Korean nuclear threat, but warned that his patience will run out.
Only Trump knows if his un-diplomatic words are merely a rumble of passing thunder or an omen of a stormy year ahead in 2018.
“US foreign policy is still in crisis and will remain so for the duration of the Trump presidency,” Thomas Wright of the Brookings Institution wrote recently in The Atlantic. “Some brave men and women on the inside are trying to chart a course toward safety, but there are no guarantees they will succeed in containing Trump or that they will remain at their posts. The most testing days of this crisis still lie ahead.”
(The author is Co-director of Global Business Journalism Program of Tsinghua University. The article reflects the author’s opinion, and not necessarily the views of CGTN.)