A peek at the ‘Winter White House’: Mar-a-Lago
POLITICS
By Wang Xuejing

Chinese President Xi Jinping will meet US President Donald Trump face-to-face for the first time on April 6 to 7 this week.
The much-awaited meeting will be held at Mar-a-Lago, the American president’s private resort in Palm Beach—an estate that’s been dubbed the “Winter White House.”
Let's explore the billionaire-turned-president's second home.
What you need to know？
Mar-a-Lago, which is Spanish for “Sea to Lake,” was built by American socialite Marjorie Merriweather Post in the 1920s. Located between the ocean and Lake Worth on Florida’s eastern coast, the estate features a Spanish-style main house with about 120 rooms, nearly 80,000 square meters of lawn and a private beach.
The estate was bequeathed to the US government in 1973 as a presidential retreat, earning it the nickname "Winter White House." The property was returned to the Post Foundation in 1981 because the government did not want to shoulder the immense costs of maintaining it.
Trump purchased Mar-a-Lago in 1985, using it as a private residence. Since taking office, Trump has hosted Japanese Prime Minister Shinzo Abe there, fulfilling the wish that Marjorie Merriweather Post had for the estate in the 1970s.

US presidential retreats
The upcoming meeting at Mar-a-Lago will not be the first time a US president has hosted a foreign leader in a secondary “White House” outside Washington, DC.
One of the most famous presidential retreats is Camp David, in Maryland. It has been used as a country residence for US presidents since Franklin D. Roosevelt in 1942. Dwight D. Eisenhower named it Camp David in honor of his father and grandson. The high-profile retreat has hosted such political figures as British Prime Minister Winston Churchill and Russian President Vladimir Putin, and witnessed key diplomatic events, like the 1978 Camp David accords between Egypt and Israel.
Sunnylands, in California’s Rancho Mirage, has been described as the “Camp David of the West” and is another historic site where US presidents have met with world leaders. Presidents Eisenhower, Gerald Ford and Ronald Reagan were frequent guests at the estate, owned by wealthy philanthropists Walter and Leonore Annenberg. In 2013, Xi Jinping visited the picturesque estate for his first face-to-face meeting with US President Barack Obama as Chinese president. 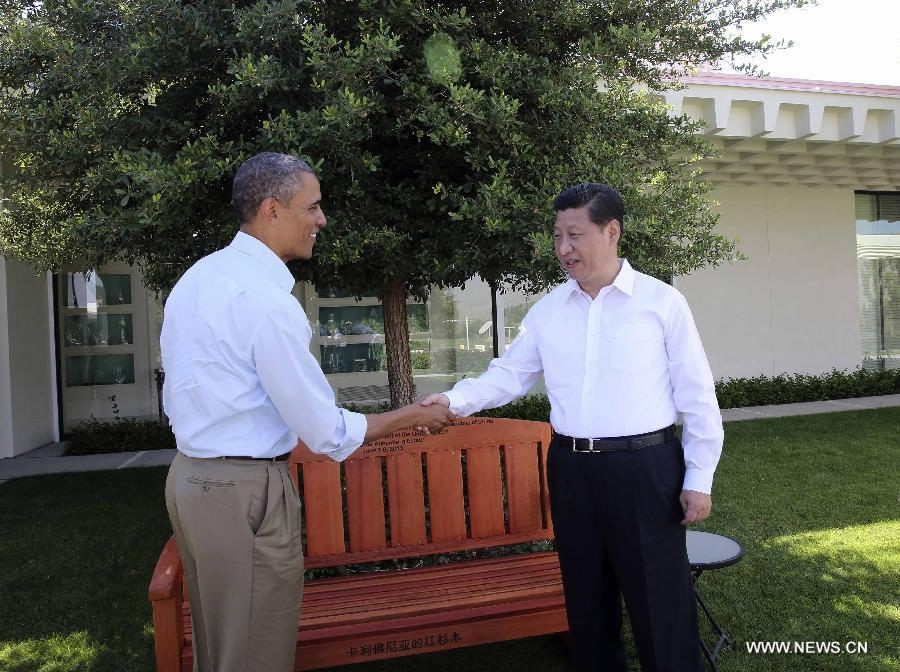 US President Barack Obama and Chinese President Xi Jinping meet at the Sunnylands, California on June 8, 2013. /Xinhua Photo
Like Trump, former US President George W. Bush used one of his private properties - Prairie Chapel Ranch near Crawford, Texas - as a “Western White House” during his presidency. On the 1,600-acre estate, he hosted foreign dignitaries like Chinese President Jiang Zemin, German Chancellor Angela Merkel and King Juan Carlos of Spain, and served them local cuisine.
Related stories:
Chinese president to visit Finland, meet Trump in US
Xi-Trump meeting: Beijing willing to 'expand cooperation on all levels'‍
Trump on Xi visit: We're going to have a great meeting
Encouraging signs ahead of the first Xi-Trump meeting
Analysis: What China and US agree upon may be far more important than their differences
12427km
Copyright © 2017