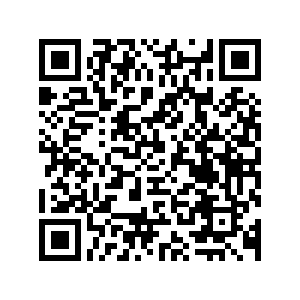 Uganda, home to one of the world's biggest lakes, Lake Victoria, is a land-locked country located in East Africa where nature looms large. Whether you choose to spend time with chimpanzees in their misty habitats, visit a 43-meter-tall waterfall in Murchison Falls National Park or experience exciting rafting on the Nile, the continent's longest river, Uganda offers countless adventures that will get your adrenaline pumping. 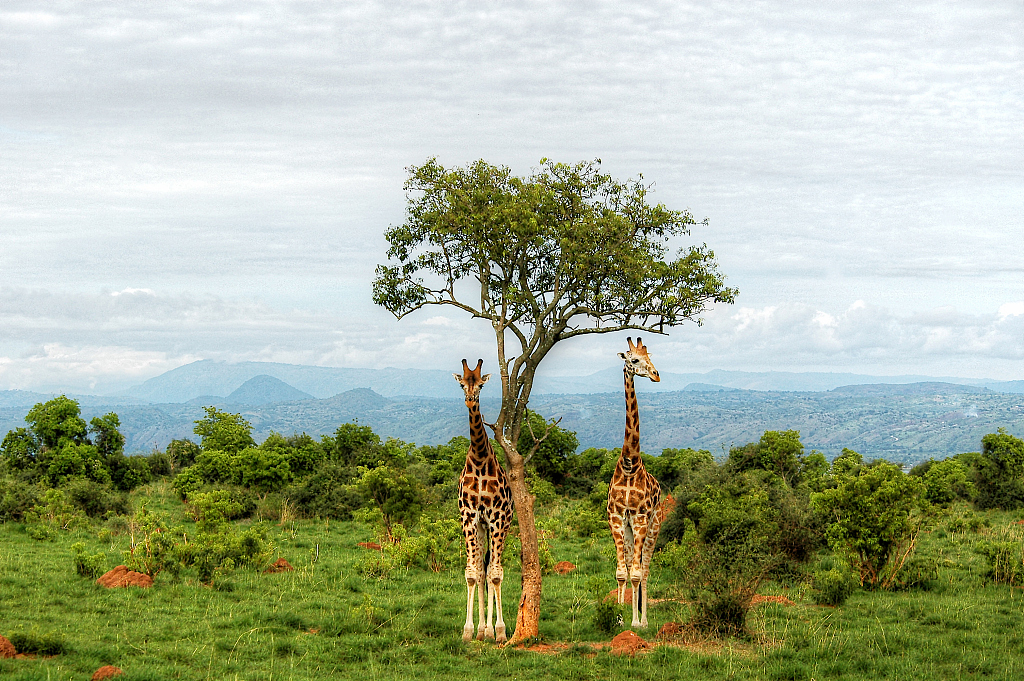 Besides fascinating water views, Uganda is best known for the mountain gorillas that are listed as "endangered" on the International Union for Conservation of Nature (IUCN) Red List. Millions of wildlife aficionados visit the World Heritage–listed Bwindi Impenetrable National Park for a glimpse of human's closest relatives. The country is also home to many endangered birds, such as the African green broadbill, which attracts birders from all over the world. Uganda is home to many endangered animals. /VCG Photo

Uganda is home to many endangered animals. /VCG Photo

In this article, we introduce three popular plants that grow in Uganda--the country known as the "Pearl of Africa." A woman carries bananas on her head in Kampala, capital of Uganda. /VCG Photo

A woman carries bananas on her head in Kampala, capital of Uganda. /VCG Photo

Bananas are a staple food in Uganda. With more than 75 percent of farmers growing the fruit, Uganda is one of the top 10 banana-producing countries in the world. The plant plays a significant role in Uganda. In the early 1900s, Winston Churchill described Kampala, the capital of Uganda, in his book "My African Journey" as a place filled with "innumerable banana plantations." Nowadays, you can still encounter different species of bananas everywhere in the country and eat bananas prepared in numerous ways. 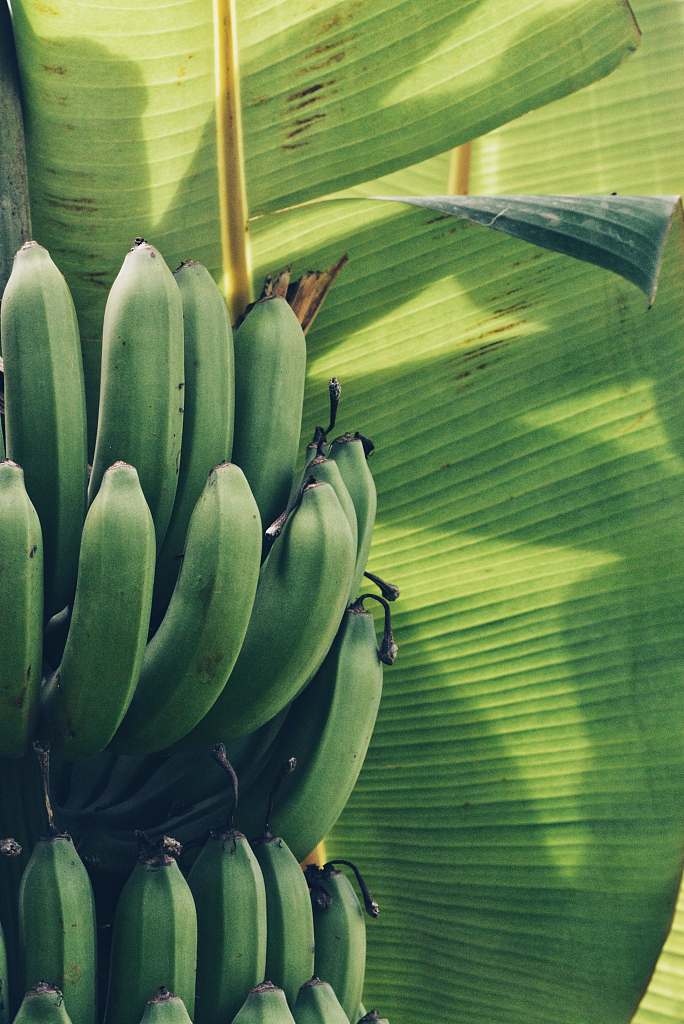 Well-known banana dishes in Uganda include Gonja, a roasted banana snack, Kabalagala pancakes, banana chips and banana beverages. Apart from the fruit, the fibers, leaves and stems of the plant are made into other products. Banana peels are converted into briquettes and consumed as domestic fuel. After the government's ban on the use, sale and manufacturing of plastic bags, a group of women in the country developed a more sustainable alternative by making paper bags from banana fibers. As the name implies, the tree produces "sausages," not the ones we know made of meat, but fruits that look like sausages. It's a deciduous tree native to many African countries including Uganda, South Africa and Rwanda. In Uganda's Luo and Ateso languages, the tree is called "Yago" and "Edodoi." 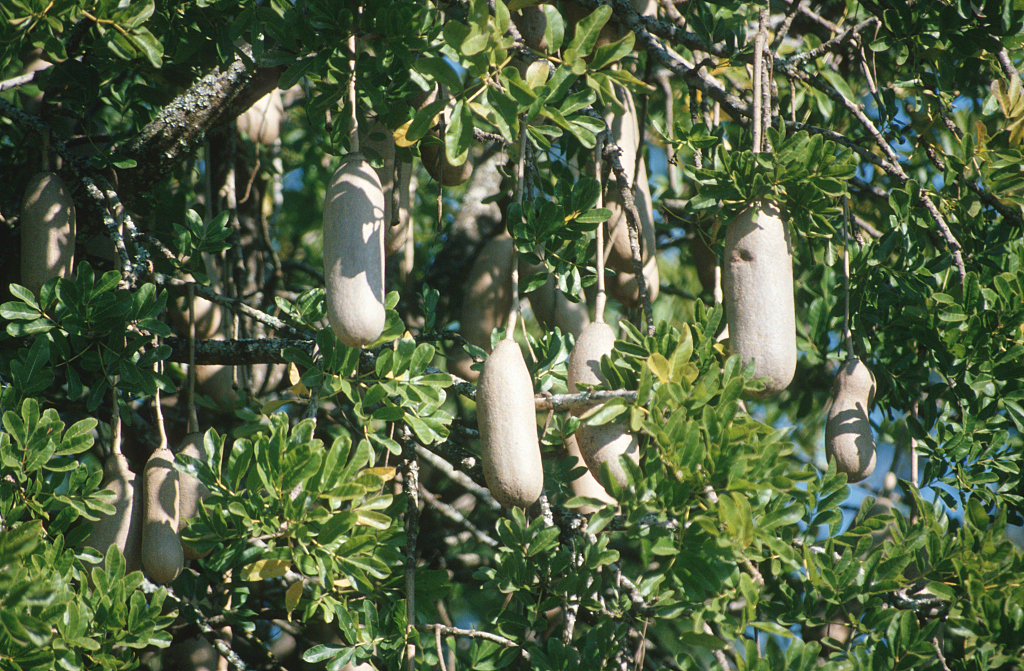 The sausage-like fruit that hang from the tree can grow to about 60 centimeters long. /VCG Photo

The sausage-like fruit that hang from the tree can grow to about 60 centimeters long. /VCG Photo

The tree can grow 20 meters tall and produce red, trumpet-shaped flowers. The sausage-like fruit that hang from the tree can grow to about 60 centimeters long. It's a slow-growing tree that only grows about 1 meter per year under normal conditions. For centuries, all the parts of the tree have been used to treat several health conditions including eczema and fungal infections. The sap of the tree is also said to be able to improve firmness and elasticity of the skin.

It's one of the most valued medicinal plants in Africa with cosmetic potential. 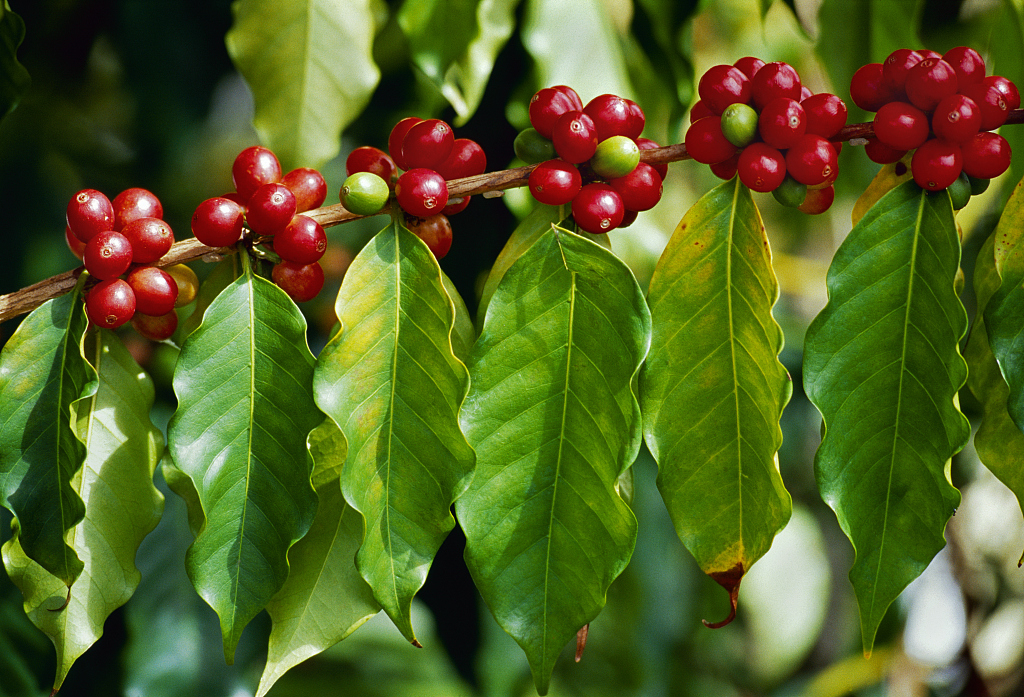 Coffee is Uganda's main cash crop and is displayed on the country's coat of arms together with cotton and the River Nile. The country provides excellent natural conditions for coffee growing, with volcanic soil, plenty of rainfall and fertile land.

Robusta coffee, a type of coffee made from the beans of the Coffea canephora plant, grows natively in the country's rain forests. Robusta is less susceptible to disease than Arabica coffee and easier to take care of, so it's cheaper to produce.

Besides Robusta coffee, Arabica production has also boomed in Uganda over the past decade. Now the country is gradually making its name among coffee lovers.