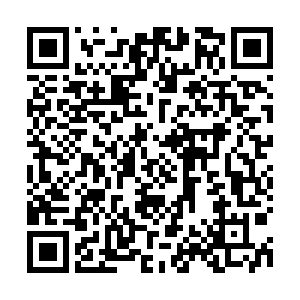 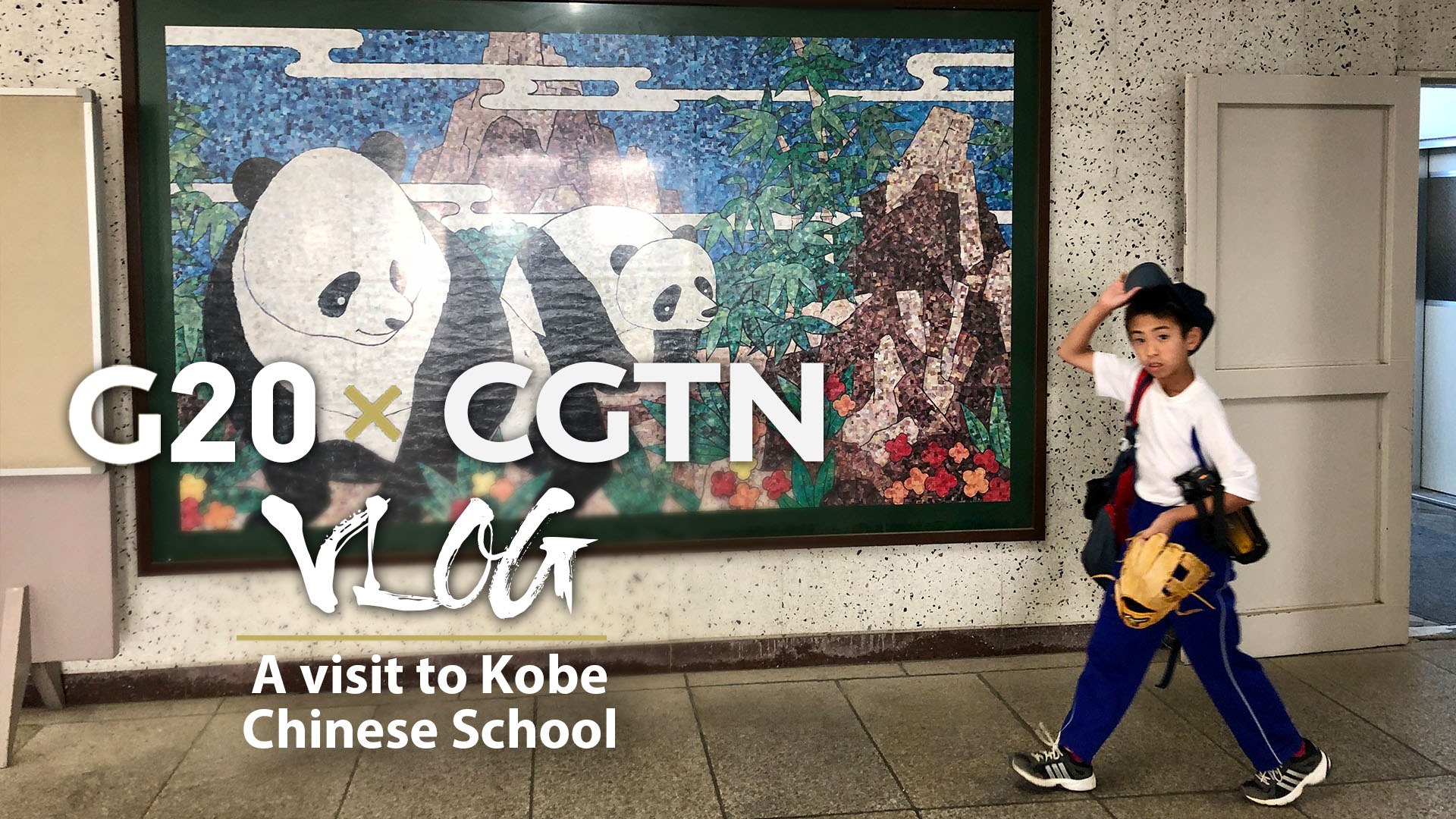 “Cultural inheritance is the most important mission of our school. Students here consist of the fourth or even the fifth generation ethnic Chinese. Not only do they acquire language skills, they learn the richness and diversity of Chinese culture,” said Zhang Shuzhou, the principal of the Kobe Chinese School, one of the largest and oldest overseas Chinese schools in Japan.

According to statistics from Japan’s ministry of justice, the number of foreign residents living in Japan as of the end of 2018 was approximately 2.73 million. Chinese people, among all these foreign residents, account for about 29.5 percent of the total, followed by South Koreans and the Vietnamese.

For Chinese new arrivals and their offspring in Japan, adapting to local customs is no mean feat. Still, many of them never forget and spare no effort to study their own language and culture. The Kobe Chinese School is a place for Chinese nationals residing in Japan to sharpen their mother tongue, inherit and spread their own culture.

CGTN visited the school to learn more about its century-old history and its role in binding overseas Chinese in Japan with their motherland. 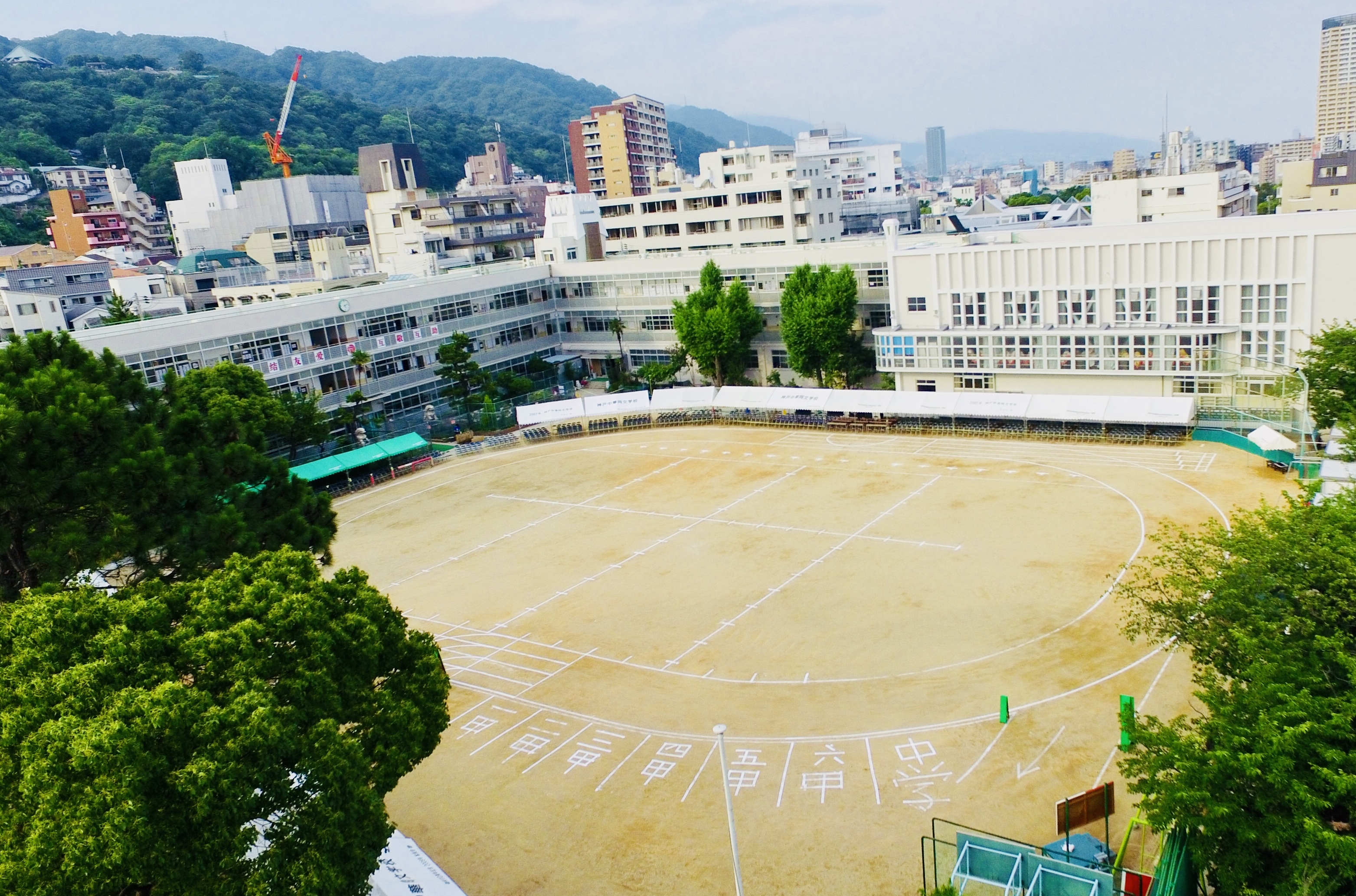 A fountain in a corner of the campus. / Photo courtesy of the Kobe Chinese School

A fountain in a corner of the campus. / Photo courtesy of the Kobe Chinese School

Located in Chuo-ku of Kobe, the school sits beside rolling mountains and faces the Seto Inland Sea. Surrounded by an atmosphere of peace and tranquility that seems everlasting, the institution has seen many changes during the past 120 years.

The idea for the facility came from Chinese scholar and thinker Liang Qichao, who proposed the establishment of a Chinese school for Chinese people in Japan’s Kobe. Less than a year later, one of the predecessors of today’s Kobe Chinese School was built, marking the first-ever overseas Chinese school established in Kobe.

Looking at the smiling faces of students there, it is hard to recall some of the challenges the school has gone through. Having experienced years of war and devastating earthquakes, the school withstood the test of time and gave birth to a new era. 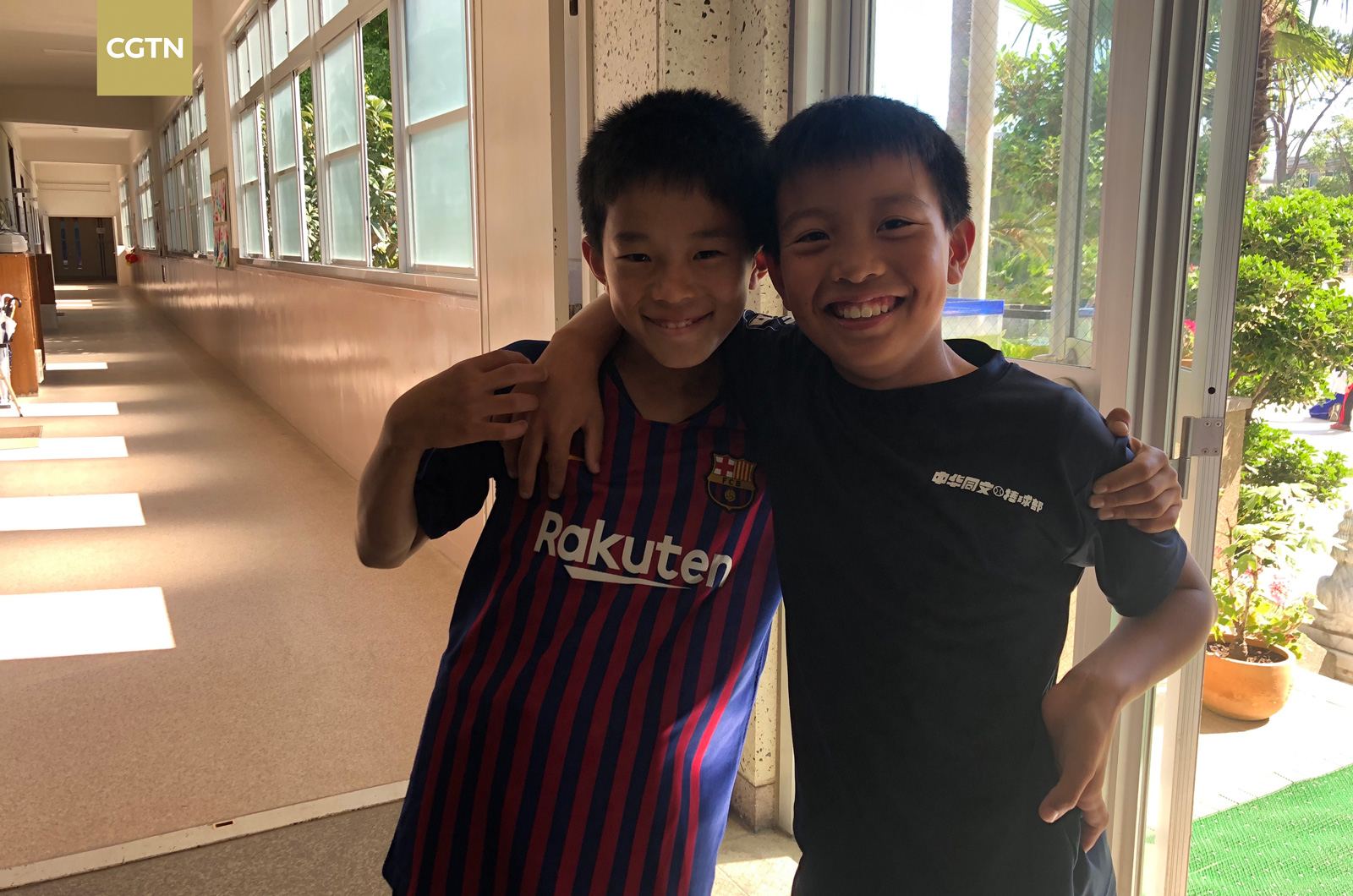 Around 680 students, ranging from grades one to nine, study at the school, said Zhang, and most of them are the children of Chinese people living and working there.

“Apart from Chinese students, the school also attracts many students of other nationalities who are interested in Chinese culture, accounting for nearly 10 percent of the total,” added Zhang. 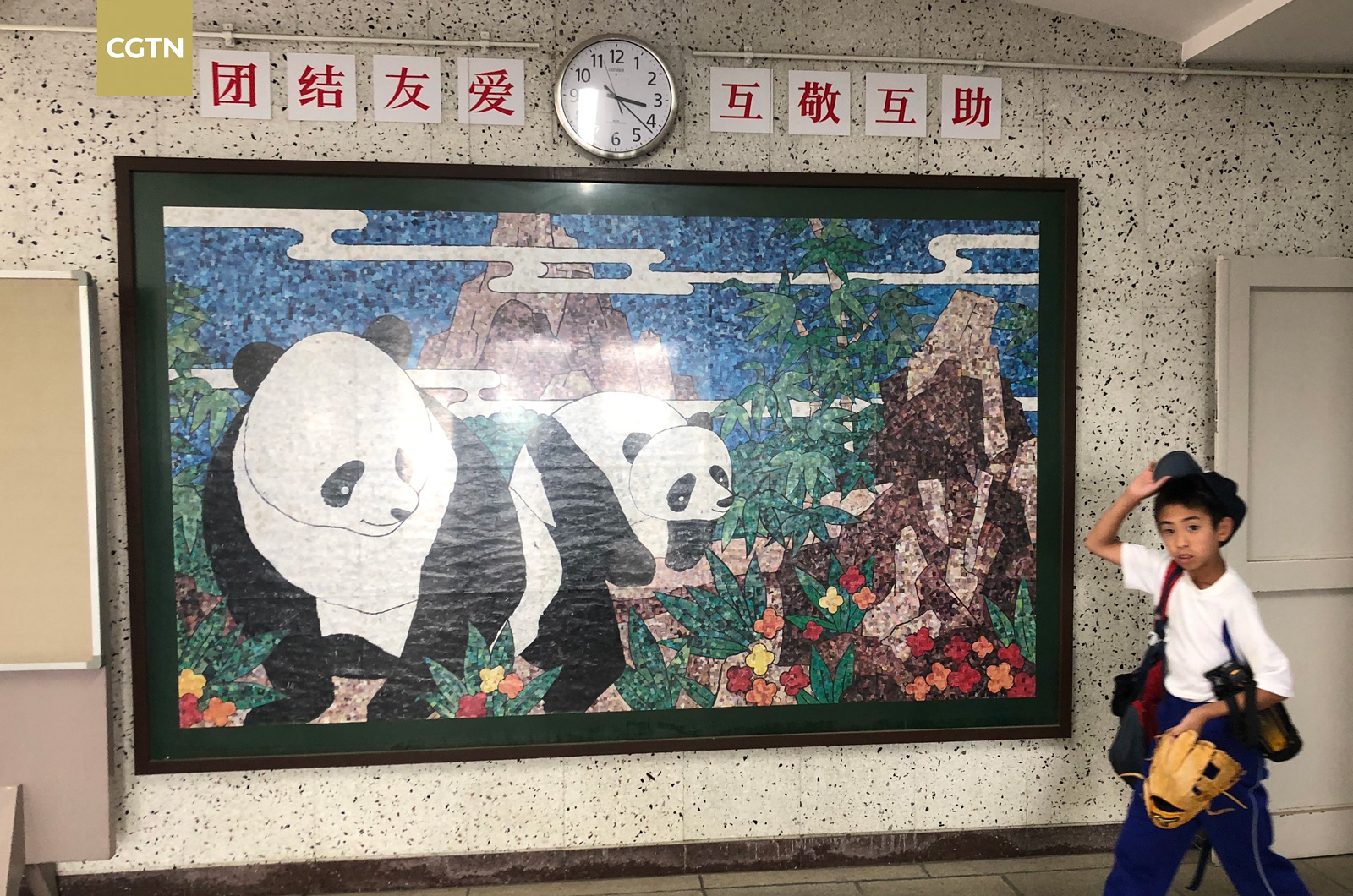 A picture of giant pandas on the wall of the Kobe Chinese School's teaching building. / CGTN Photo

A picture of giant pandas on the wall of the Kobe Chinese School's teaching building. / CGTN Photo

The school's core teachings are rooted in Chinese traditional culture, and Chinese symbols can be seen everywhere. If you are careful enough, you will not miss the picture of giant pandas pasted on the wall of teaching building, or the distinctive design on the school hall inspired by the ancient Chinese Bagua or Eight Trigrams.

Since the heritage of Chinese culture is of great importance in the school, children there are also taught various aspects of Chinese culture, such as paper-cutting, Chinese ink-wash painting and tai chi, a kind of Chinese traditional martial art. 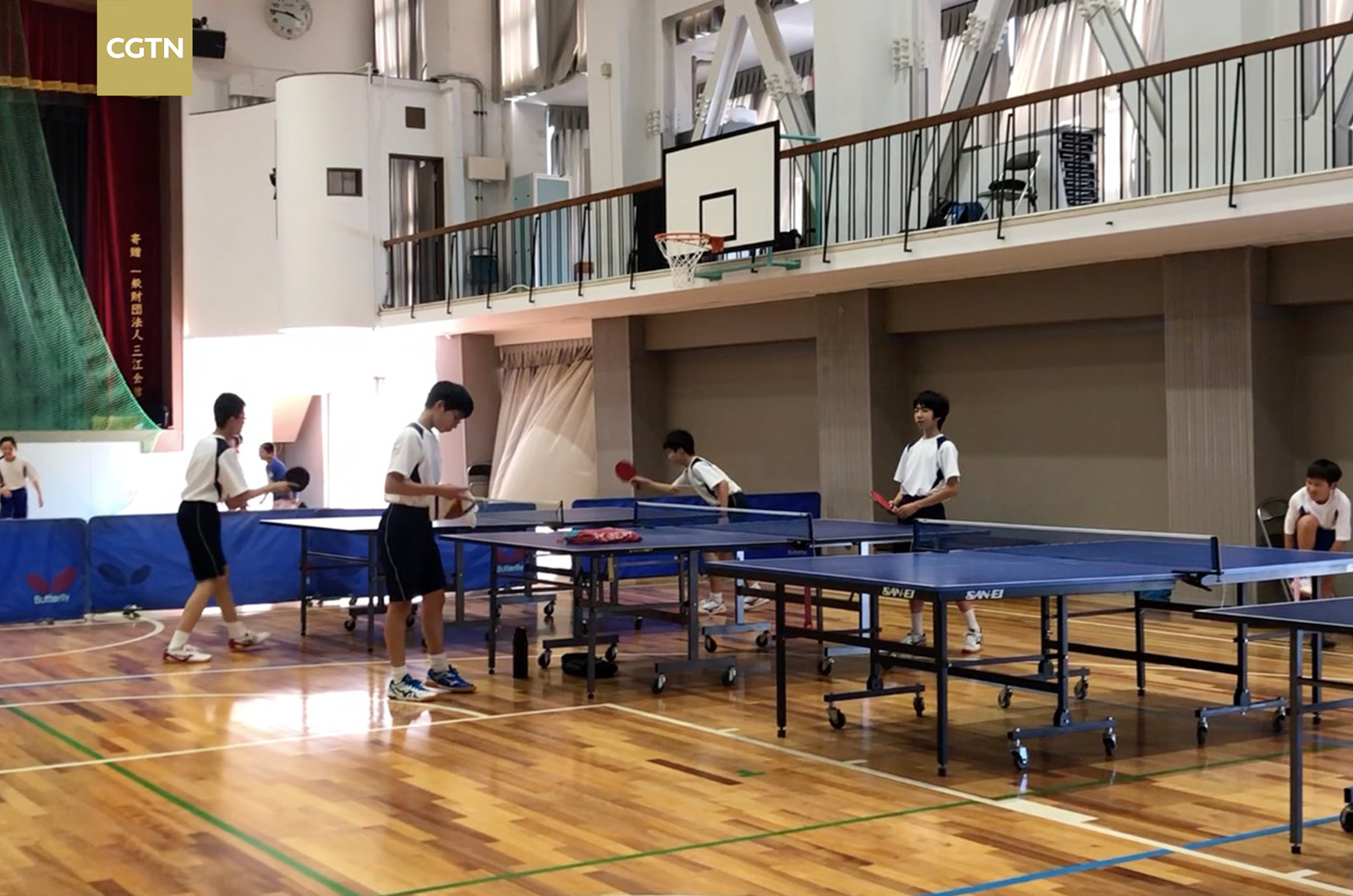 Students in grade three will learn how to paint the peony, China’s national flower, in Chinese wash painting style. Guidance by their teacher, they always do well.

“Our students will always get good grades if they go out to join the local art competitions,” said the art teacher.

The school also has a long tradition of teaching tai chi. While their peers in China may seldom take such lessons in school, at the Kobe Chinese School tai chi creates a special bond between the students and their motherland when living abroad. 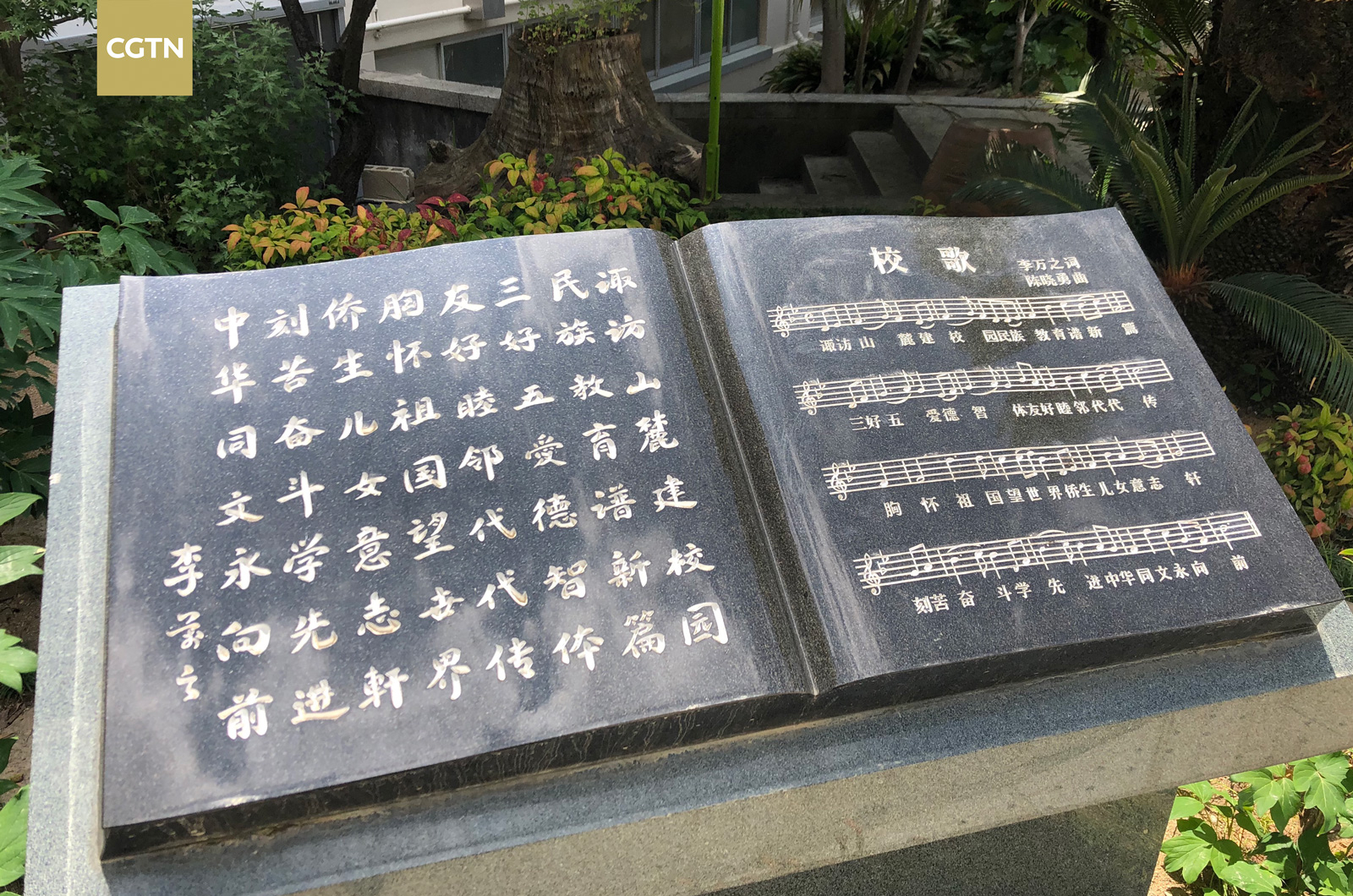 A stone sculpture engraved with the school song of the Kobe Chinese School. / CGTN Photo

A stone sculpture engraved with the school song of the Kobe Chinese School. / CGTN Photo

The school celebrated its 120th anniversary last month. Tens of thousands of students have graduated from the institution, finding jobs and merging into the Japanese society after further education.

Many of the graduates return to become teachers at the Kobe Chinese School. It is with this spirit of heritage that the deep Chinese cultural imprint on this school can be continued and developed among generations of overseas Chinese in Japan.

With the rapid development of China, it is increasingly significant for overseas Chinese to learn the language and culture of their motherland. For them, integrating into the local society is important, but so too is keeping the Chinese identity circulating in their blood.

Just as principal Zhang said, the school hopes the students never forget that they are Chinese, prepares them for Japanese society and furthermore, helps them become a bridge of friendship connecting China and Japan.