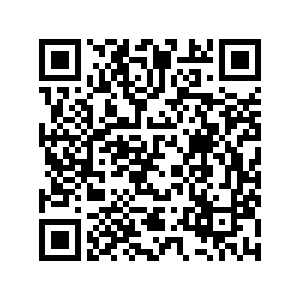 U.S. President Donald Trump rounded off his activities at the G20 summit in Osaka on Saturday with a lengthy press conference, hailing a "great meeting" with Chinese President Xi Jinping and saying he would be prepared to step into the Democratic People's Republic of Korea (DPRK) if the opportunity arises at the weekend.

Here are four takeaways from the press conference:

Trump confirmed that during a "great meeting" with Xi on Saturday morning on the sidelines of the G20 in Osaka the leaders had agreed trade negotiations would resume and said, while there was space left to impose further tariffs on Chinese goods, "we're not doing that."

China and U.S. have 'shared interests'

The U.S. president added that he had agreed to continue some sales of U.S.-made products to Huawei, saying that many American companies were upset by the prospect of sales being blocked.

He went on to say he was keen to "have Chinese students come and use our great schools and great universities," and said they would be treated "just like anywhere else, any other nation."

Trump is due in Seoul for talks with President Moon Jae-in on Saturday evening, and has tweeted the possibility of meeting DPRK leader Kim Jong Un at the demilitarized zone "to shake his hand and say Hello."

In the press conference in Osaka, he claimed to have had a quick response from Pyongyang and said "I may or may not see Kim Jong Un." He added that he would be "very comfortable" to cross the border into the DPRK if the opportunity arises over the coming days.

If a Kim-Trump meeting were to take place, it would be the third between the two leaders as the countries continue efforts to de-escalate longstanding tensions.

Trump briefly addressed the tensions between Washington and Tehran, insisting the Iranians "want to make a deal."

He added "we cannot let Iran have a nuclear weapon," and said "we'll see" when asked what his response would be if Tehran exceeds the maximum amount of enriched uranium it is allowed to have under the Joint Comprehensive Plan of Action in the coming weeks.

Media reports ahead of the summit suggested Trump had privately said he would abandon the U.S.-Japan defense treaty, but when asked in the press conference he insisted, "I'm not thinking about that at all." He added "we have to change" the pact, however, describing it as "an unfair agreement."

On the dispute over Turkey's purchase of a missile defense system from Russia, Trump expressed sympathy for President Recep Tayyip Erdogan, saying "he got treated very unfairly" by the previous U.S. administration and adding "it's a complicated deal, we're working on it."

He also called for more trade with Russia, and stressed that he got along well with President Vladimir Putin.

Trump also took the opportunity to criticize his potential rivals running for the Democrat nomination for the presidency.

California Senator Kamala Harris had a breakout moment on Thursday when she clashed with former vice president Joe Biden, but Trump insisted Harris "was given too much credit," saying her critique was "so out of the can."

"It wasn't that outstanding. And probably he was hit harder than he should have been hit."

He also took a swipe at former president Jimmy Carter, who this week described Trump's presidency as "illegitimate."

"He was a nice man, he was a terrible president. He's a Democrat, it's a typical talking point. I won not because of Russia, not because of anyone but myself."